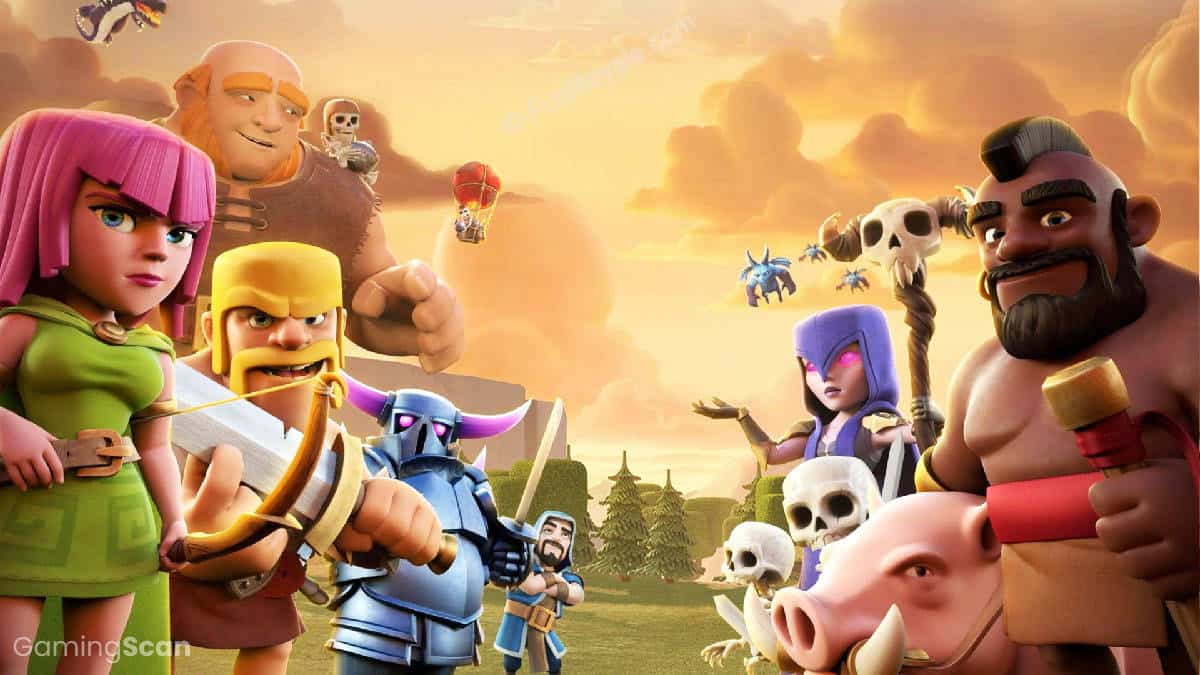 Games like Clash of Clans have become quite popular over the past decade-plus as the mobile gaming market continues to blossom and rival both PC and console.

In that time, countless strategy games have come out with similar gameplay that allows players to grow their empire, train troops, join clans, and battle other players online.

We’ll be updating this list in the future with new titles, so make sure to check back and let us know if we missed any of your favorite games similar to Clash of Clans!

First up, we’re highlighting Total Conquest, another modern RTS game like Clash of Clans that introduces a Greco-Roman setting with 3D graphics and straightforward gameplay.

Similar to Clash of Clans, gameplay primarily revolves around managing an empire, building a base, training troops, and battling nearby villages and towns for resources.

The single-player campaign offers 50+ challenging levels that teach you the foundations for competitive multiplayer in which you can attack another player’s base for a nominal cost.

Boom Beach shares the same developer as Clash of Clans and therefore, includes many similar elements that will appeal to longtime fans of Supercell games.

The most notable similarities can be seen in how both games handle base-building and unit production while Boom Beach places a bigger focus on tower defense and tactical combat.

Additionally, Boom Beach has a much longer campaign mode in which players are tasked with defending a beach base from never-ending waves of enemies.

Like Clash of Clans, the game does a great job of using this mode to teach you the ropes and prepare you for harder challenges down the road.

Developed by NaturalMotion, Dawn of Titans is a city-building game with top-notch graphics comparable to Clash of Clans and even some modern console/PC games.

Additionally, it stands out from other RTS mobile games for having the ability to render thousands of units on-screen simultaneously rather than the typical handful found in most games.

Other than that, Dawn of Titans features a lengthy single-player campaign with a compelling story that expands the game’s world and lore with interesting characters and events.

Clash of Clans fans, in particular, are sure to appreciate this game’s updated graphics, active playerbase, and responsive matchmaking system.

Next up is Gods of Olympus, another base-building RTS game like Clash of Clans with tower defense mechanics.

The game employs a cartoonish art style with vibrant, 3D visuals and a unique Greek mythology theme in which players harness the powers of the Olympian gods.

When it comes to multiplayer, Gods of Olympus has a fairly active playerbase and on average, matches take less time to play out than in Clash of Clans.

This is due to the game’s lack of build time, allowing players to construct towers and other buildings instantly once they’ve been requested.

Wearing its love for Clash of Clans on its sleeve, Plunder Pirates is a mobile MMO with a distinct pirate theme and aesthetic to make it stand out.

Gameplay revolves around building a base, training pirates, exploring the open seas, and battling other players for gold and grog to construct more defenses and buildings.

Like Clash of Clans and many other mobile games, the game features a quest system that rewards you for taking on challenges as you set sail.

It also has the added advantage of having 3D graphics and a movable in-game camera that can be controlled by the player.

Clash Royale is another popular mobile game that comes from Clash of Clans developer Supercell and shares many similarities.

For one, both center on gameplay that combines elements of collectible card games, tower defense, and MOBAs to create a compelling multiplayer strategy experience.

Players’ primary goal is to defend their king and princesses as they build up a clan and compete with rivals in duels, all the while gaining experience points by donating and upgrading cards.

Additionally, the game features a variety of modes that will feel familiar to Clash of Clans players such as 2v2, Touchdown, Heist, and Friendly Battles.

If you enjoy the PvP aspects of Clash of Clans but feel like you’re ready for something a bit more challenging, Rise of Kingdoms is a great alternative that scratches the same itch.

Instead of attacking enemy players’ bases without getting a lot of resistance, this game gives players the ability to actively defend their base during matches.

However, the general premise is still the same with some fun new features such as a persistent open-world shared by both players and NPCs.

Lastly, Rise of Kingdoms offers eight unique civilizations to explore as you make alliances, defeat enemies, and grow your kingdom.

Along with Clash of Clans, Castle Clash: Guild Royale sits comfortably at the top of the most played mobile games in the US and performs consistently well globally as well.

In it, you take on the role of a Warlord tasked with building a powerful empire by hiring mythical creatures to fight at your side.

The first thing Clash of Clans players will notice is just how similar both games are in terms of visuals, gameplay, and even their general branding.

As players upgrade their fortresses and units, they’ll gain the option to battle head to head against other players in the Arena using fast-paced and realistic combat.

If you enjoy the Viking aesthetic and want another Clash of Clan-like game, then Vikings: War of Clans is a good choice that leans into the RTS genre more heavily.

The game features two separate modes: land battles and sea battles, with both introducing unique challenges and pacing that can shake up the experience considerably.

Land battles see you controlling ground units whereas sea battles give you control over a fleet of Viking warships you’ll use to raid enemy bases and destroy their defenses.

Other than that, the two share similar base-building mechanics and cartoonish art styles that will appeal to a wide variety of players.

Rise of Empires: Ice and Fire

Rise of Empires is another mobile MMO that adds RPG elements and RTS battles into the mix, somewhat similar to Clash of Clans.

Players start by picking from one of three classes: Farmer, Raider, and Trader to watch over as The Lord, leader of a region that was recently attacked and in need of rebuilding.

As you grow your kingdom back up, you’ll have to defend it from invading armies as well as plan your own attacks on rival empires and upgrade your settlement using in-game resources.

Overall, Rise of Empires has much more realistic-looking graphics compared to Clash of Clans, making players feel like they were transported back to the Medieval Era.

If you happen to love Clash of Clans’ distinct blend of base building, resource management, and large-scale squad battles, then Ancestors Legacy is another game worth looking into.

Designed for PC and console, it sees you picking from four unique northern European civilizations: Anglo-Saxon, Viking, German, or Slav, before starting your adventure.

Much like Clash of Clans, the gameplay is divided into separate phases that require you to make full use of your squad’s tactical options and environmental advantages.

Since Ancestors Legacy was built on Unreal Engine 4, the game can render all fights happening across large stretches of the battlefield in real-time.

Next up, Factorio is a base-building automation game that sees you stepping into the shoes of an astronaut stranded on a distant alien planet.

To find your way back home, you’ll have to first harness the planet’s resources to craft a new spaceship by mining resources, researching new technologies, building structures, and automating production.

Additionally, the planet is home to hostile creatures that will occasionally flank your base and require turrets and other defenses to defeat.

Though the game starts out pretty slow, it’s not long before you’re dabbling with end-game technologies such as solar power, oil refining, drone manufacturing, and more.

Another PC and console game like Clash of Clans is They Are Billions, which combines base-building and RTS gameplay with undead enemies.

In it, you’re tasked with leading a colony of survivors while fending off endless waves of infected zombies.

They function similarly to Clash of Clans’ barbarians and come in increasingly powerful variants with unique properties that require you to adapt and strategize.

They Are Billions features a lengthy campaign with over 60 hours of gameplay spanning 48 missions in which you’ll build fortified colonies using 90 different tech trees.

One could think of Space Haven as “What if Clash of Clans was set on a spaceship?”

Exclusive to PC, the game sees you embarking on a galactic voyage to colonize a planet with help from a ragtag crew of civilians.

After crafting your spacecraft piece by piece, your crew will start to emerge from Cryosleep and get to work, requiring you to stay on top of their wants and needs to maximize efficiency.

As you make your way around the galaxy, you’ll encounter and battle other spaceships and alien species as well as gather resources to keep your mission going.

Anyone who enjoys Clash of Clans will likely enjoy their time with the Sid Meier games, particularly the Civilization series.

In this turn-based strategy game, players must build a powerful civilization using limited resources, going from humble settlers to a formidable kingdom, and beyond.

Throughout your journey, you’ll meet with other civilizations to either form alliances or rivalries as you continue to explore the world and expand your empire.

The most recent game in the series is Civilization 6, which introduces a new Religion system that lets you win by converting the world to a single faith.

Another strategy franchise worth looking into is the Total War series, in which players recruit soldiers to form an army and lead them into battle.

Each fight brings you one step closer to forging the strongest soldiers with sharpened skills and unique traits that allow for new strategies and make full use of your army’s resources.

Battles play out in real-time and combine complex fighting engines with captivating visuals for an immersive grand-strategy experience.

If you want to jump right to the best entries in the series, make sure to check out our list of the best Total War games of all time.

Our last recommendation to Clash of Clans fans who want a similar experience on Windows PC is the Age of Empires series.

In it, players take control over one of over 24 different civilizations and compete with the remaining ones for world domination by growing the strongest workers and soldiers.

Aside from having the advantage of not requiring an internet connection to play, the game incorporates elements of real-life empires into its story and gameplay.

The latest installment is Age of Empires IV and features a lengthy campaign in which players advance through the ages collecting resources, waging war, and unlocking new technologies. 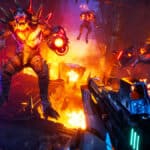