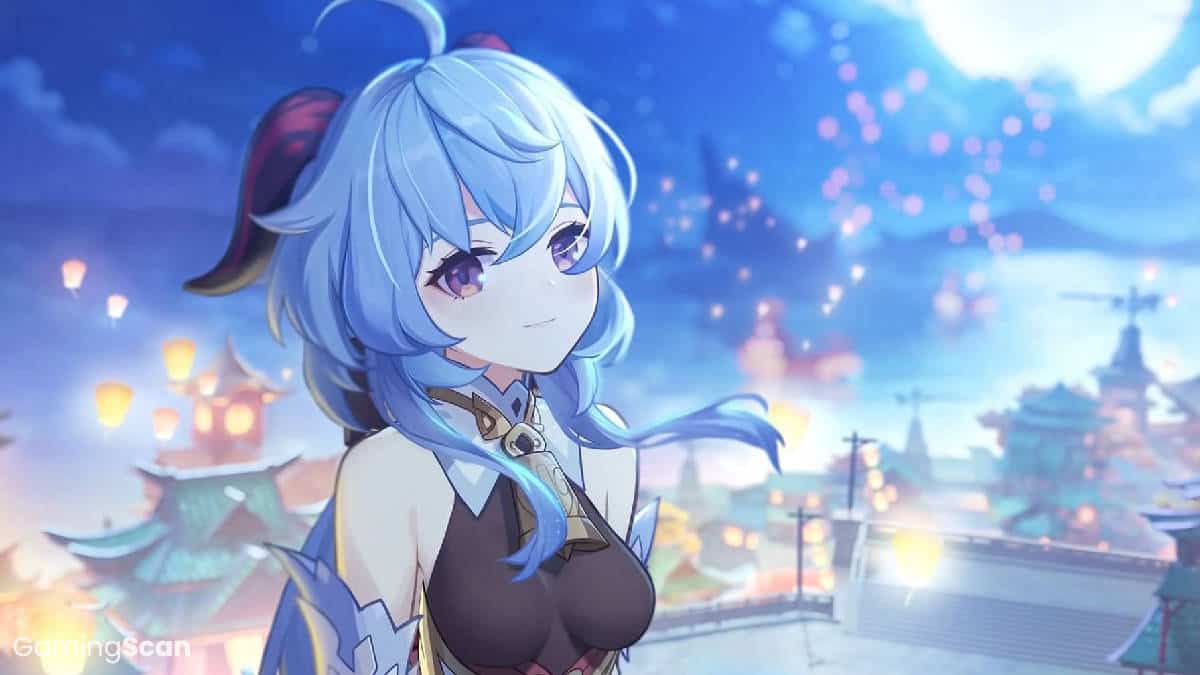 Ganyu is a Cryo Bow DPS character considered by many to be the strongest DPS character in the entire game. But unlike most other top-tier DPS characters, she can also function as a top-tier Support, giving her unprecedented versatility.

With that being said, DPS Ganyu is a character that demands a very particular playstyle. She’s all about using Charged Shots, which requires you to manually aim your bow. This can be difficult on mobile and consoles. Meanwhile, a Support Ganyu mostly relies on her Elemental Burst, so can be played to the same effect on any platform. In this guide, we’ll place a higher emphasis on DPS Ganyu, since this is how most players prefer to run her,  but we’ll also provide notes and tips for building Support Ganyu.

In any case, to get the most out of this character, you’ll have to build her properly. This means prioritizing her Talents right, equipping her with the most synergistic weapons and artifacts, and teaming her up with the right teammates. And in addition to being able to function as a Support, DPS Ganyu can be played in two distinct flavors: Freeze Ganyu and Melt Ganyu. In this guide, we’ll show you how to build all of them so that you can truly appreciate why Ganyu remains such a powerful unit even after all this time.

Before Ganyu came out, Diluc and Chile were considered the best DPS characters. Ganyu proved much more powerful, leaving the player base in fear of continuous power creep. But somehow, this didn’t happen. Ganyu is still as powerful today—topping the Tier Lists—as she was when she first got released.

What makes her so powerful is how she’s able to effortlessly keep her huge DMG coming. Since she only relies on Charged Shots, which don’t have a cooldown, even if she misses, she can just charge another shot and try again. This is in stark contrast to how most other DPS characters—Hu Tao, Eula, Ayaka, Raiden Shogun, etc.—go about doing DMG. With them, if you miss you Burst, most of your DMG is gone and you won’t get a chance to try again until your Burst comes off cooldown. And if their DMG isn’t regulated by their Burst cooldown, it’s dependant on their Elemental Skill cooldown, such as with Yoimiya and Childe.

This is the thing that keeps Ganyu relevant. All of the previously mentioned characters can do more DMG in a shorter amount of time than Ganyu, but in a drawn-out fight, she still remains the undisputed Queen of DPS.

On top of this, she’s fairly F2P friendly as well. But before we take a look at her equipment and teammates, let’s look at how much value is hidden behind her constellations.

For a character released so early after the game’s release, Ganyu’s constellations hold up surprisingly well. The only outlier is her C5, which is effectively useless. Even C2 has some uses and hidden value down the line. Furthermore, C3 and C4 help out both of her playstyles equally, whereas C1 is a decent DPS upgrade.

The only transformative constellation she has is her C6. Much like Xiao’s C6, this is an amazing constellation that completely changes the way you approach combat. It’s a shame it’s locked behind such a late constellation. But otherwise, what we like about Ganyu’s constellations is how non-essential they are, yet how many of them still hold good value, which isn’t the case with characters like Xiao.

All in all, we feel confident awarding Ganyu the F2P-friendly badge with regards to her constellations, since as good as many of them are, none of them are required to keep her competitive.

In terms of artifact set bonuses, 4-Piece Blizzard Strayer stands above the rest.

In Freeze teams, just using this set bonus and Cryo Resonance will effectively make it so that Ganyu has 80% CRIT Rate against Frozen enemies. If you’ve played this game for any amount of time, you’ll know how impossibly difficult it can be to get this high a CRIT Rate while also packing good CRIT DMG. Ganyu’s Ascension Stat is CRIT DMG, making her one of the best characters in the game when it comes to getting amazing CRIT ratios. Even outside of pure Freeze teams, this set bonus is still great, as you only need to keep the enemy affected with Cryo to get 60% CRIT Rate without any substats or main stats.

However, not all team compositions care about keeping enemies affected with Cryo. Some teams, like Ganyu’s Melt team, want to do the exact opposite. In this case, the best option is to go with the 4-Piece Wanderer’s Troupe for the unconditional 35% Charged Attack DMG and extra Elemental Mastery for more devastating Melts.

Regardless of which artifact set you opt for, the main stat requirements stay the same. You want ATK% on the Sands, Cryo DMG on the Goblet, and CRIT Rate/CRIT DMG on the Logos. When it comes to CRIT stats, try to maintain a 1:2 ratio. For support Ganyu, you may want to use Energy Recharge on the Sands, but only if you can’t already maintain 100% uptime on her Burst without it.

As far as substats go for DPS Ganyu, here’s what you need:

As for Support Ganyu, this will depend on the team you’re using her in. If she’s used in a Freeze team, then everything we’ve mentioned for Freeze DPS Ganyu stays the same— you still want the 4-Piece Blizzard Strayer. In reverse Melt teams where you don’t want to keep enemies affected with Cryo for too long, it’s better to run her on 4-Piece Emblem of Severed Fate or 4-Piece Noblesse Oblige.

The only exception is that you may need Energy Recharge on the Sands for Support Ganyu, but only in case you can’t maintain 100% uptime on her Burst without it.

Xiangling is there for her Pyronado. On its own, Pyronado can do loads of DMG, but here, its most important utility is off-field Pyro application. Ganyu’s Charged Shots are used to proc the Melt reaction against enemies affected by Pyro for huge DMG numbers. If you want to make sure Ganyu is the one setting off the reactions, it’s best to just not cast her Burst. You may feel like you’re losing out on DMG by ignoring her Burst, but trust us, you’re not.

Bennett is there for his insane ATK buffing capabilities as well as the Pyro Resonance. In addition to this, your Ganyu will require Xiangling’s Pyronado to dish out optimal DMG, so it’s nice being able to battery Xiangling with Bennett for more consistent Pyronade uptime.

Sucrose is here to shred the enemies’ Cryo Resistance thanks to the Viridescent Venerer set. In addition to this, the extra Elemental Mastery she provides to Ganyu will go a long way in ensuring her Melt Shots do even more DMG. The only upgrade you could provide for this team would be swapping Sucrose for Kazuha. The most optimal Melt Ganyu team still uses Bennett and Xiangling, so there’s not much difference between F2P teams and whale teams in this regard. Any shielder, like Zhongli, can also help tremendously by making it so that Ganyu doesn’t have to dodge.

Venti is there to keep the enemies locked down with his Elemental Burst. Now you may be thinking, “Hold on a second, Venti’s Burst doesn’t work on most enemies nowadays!” And you’re mostly correct. All enemies in Genshin Impact have a weight assigned to them. Their weight determines whether or not they are affected by Venti’s Burst. But when enemies are Frozen, their weight becomes zero. And since the point of this team is to keep enemies permanently Frozen, this makes it so that Venti’s Burst is once again as powerful as it was on the day the game was first released. Not to mention how Venti can help shred Cryo resistance with the Viridescent Venerer set, or how Ganyu’s Burst effectively does more DMG when enemies are clustered together, all of which increasing Ganyu’s DMG even further. Kazuha is a good alternative when fighting Bosses, as they can’t be Frozen under any circumstance.

Mona is here to help Freeze enemies with her Elemental Skill and buff Ganyu’s DMG with her Elemental Burst. Mona has fallen out of favor in most teams and is nowadays mostly used for DMG showcases due to how short her DMG buff window is. But, what’s interesting is that this DMG buff, which is actually a debuff applied to enemies, for some reason lasts much longer when the affected enemies are Frozen. In other words, in this team specifically, Mona is even better at buffing Ganyu’s DMG than Bennett, which is saying a lot. This team composition is most famously known as the Morgana build, after Mona and Ganyu, who are its two most essential components.

Shenhe isn’t mandatory here, although her Cryo DMG buffing capabilities pair perfectly with Ganyu. You can also use Bennett, just make sure to not mess up Freeze reactions when casting his Burst. Ayaka is another notable addition to the Morgana team. Instead of buffing Ganyu’s DMG, she just throws her Burst into the enemies caught in Venti’s tornado to significantly speed up their demise. One last thing to note here is that in Morgana teams, Ganyu’s Elemental Burst is as important as her Charged Attacks. If you’re having trouble maintaining 100% uptime on her Burst try running Diona.

Is Ganyu Worth It?

Few characters are as future-proof as Ganyu. Not only can she serve as one of the best DPS characters in the game, but she can also function as an amazing support in many teams. This means that your account will always have a home for Ganyu, even if she somehow gets power crept.

The same cannot be said for most other DPS characters, like Xiao or Eula. The moment a stronger Anemo DPS or Physical DPS gets released, Xiao and Eula will be made somewhat redundant, since they cannot be slotted into the support role. We’ve already seen this with Diluc, who got power crept by Klee, who then got power crept by Hu Tao.

In contrast, Ganyu will always be useful in some way.

Now, if you’re not a fan of her main DPS gameplay, then that’s another story entirely. If you dread the idea of using Aimed Shots and you don’t need her Cryo support capabilities, then you should definitely skip her. There’s no shortage of powerful DPS characters in Genshin Impact, many of whom can compete with Ganyu in terms of their overall DMG potential. And while she is a great support, many other characters can do that job almost just as well.

It’s important to find a character that fits your playstyle, and for many people, Ganyu simply isn’t this character. 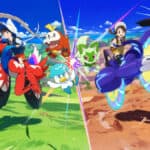