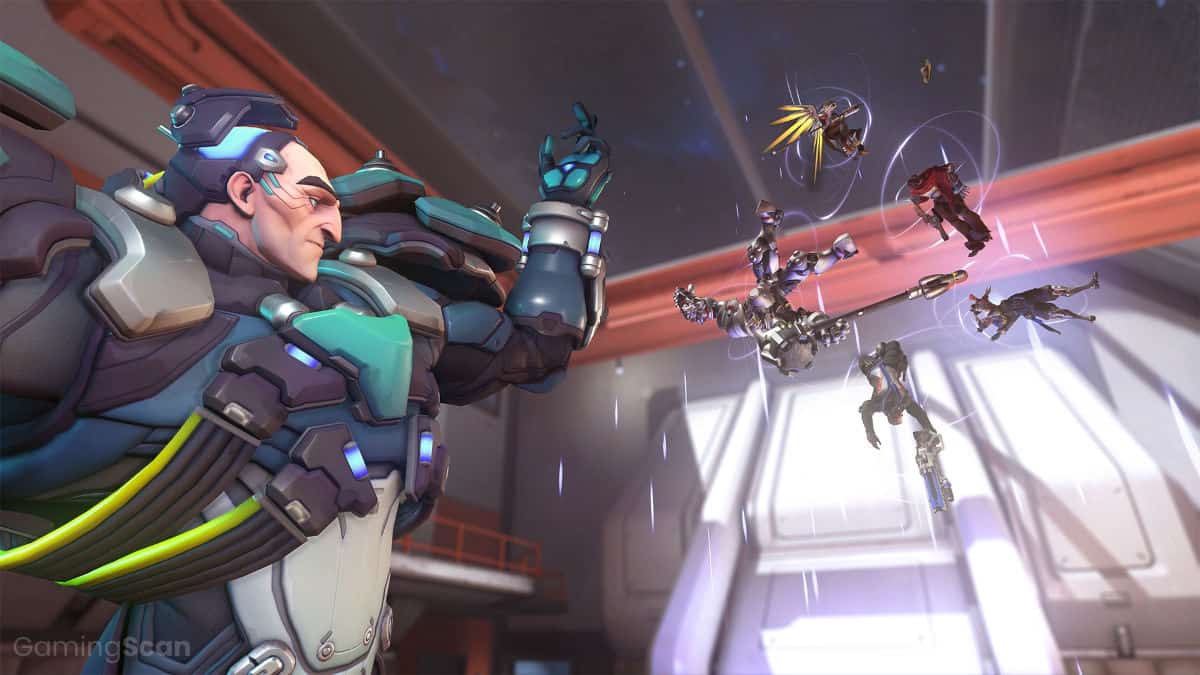 It’s been interesting to see Sigma settle into his role within the Overwatch meta ever since the hero was revealed back in 2019.

In this Overwatch Sigma guide, we’ll highlight the best tips, tricks, and strategies for playing as the eccentric astrophysicist.

Best described as a hybrid tank/DPS character, Sigma has the potential to deal large amounts of damage but relies on positioning and proper cooldown management more than most heroes.

He can work as an off-tank or main tank, depending on the rest of your team makeup since some tanks don’t mesh well with Sigma at all (i.e., D.Va, Winston).

Sigma is most effective at midrange encounters where he can either tuck behind his shield or soak up damage with Kinetic Grasp.

His poor mobility and lengthy cooldowns require you to have an in-depth understanding of when and where to use his abilities to take control of matches.

How To Use Hyperspheres

Sigma’s primary weapon is his Hyperspheres, two gravitic charges that bounce off walls before imploding and 55 direct damage, 9 – 30 splash damage.

Additionally, the Hyperspheres cause 2.25 – 7.50 damage to Sigma himself each time they’re fired, requiring him to replenish his shields using Kinetic Grasp or stay close to his healers.

Since the Hyperspheres cannot be used to land a headshot, their primary function is to whittle away at enemy barriers and health pools as well as slow down fast-moving heroes like Lucio and Genji.

This is due to the Hyperspheres’ gravitational effect, which disrupts an enemy’s movement trajectory, though its effects are less potent than Orisa’s Halt!.

How To Use Experimental Barrier

Sigma’s Experimental Barrier has the distinct benefit of being placed in just about any angle, height, or orientation that will best serve your team.

However, it has only 700 health and regenerates at a rate of 80 health per second after being down for 2 seconds, meaning you have to be a lot more careful than you would with Reinhardt’s shield.

The good thing is Sigma can recall his shield just about any time he wants to prevent it from taking further damage or reposition.

While Experimental Barrier has its obvious benefits in holding chokepoints, its rapid deployment makes it viable for disrupting enemy Ults from Soldier 76, Pharah, Reaper, Reinhardt, McCree, and others.

How To Use Kinetic Grasp

Kinetic Grasp is a damage-absorbing ability similar to D.Va’s Defense Matrix, only with a shorter range and duration.

Sigma makes up for this by granting its effects to not only him but also any ally heroes directly next to or behind him.

This makes it a reliable tool for saving teammates from large burst damage, which in turn becomes additional shields for Sigma.

Unfortunately, Kinetic Grasp has a relatively long cooldown duration, meaning you want to be mindful whenever pulling the trigger.

How To Use Accretion

Accretion is arguably Sigma’s most powerful ability (aside from his Ultimate), considering it cannot be stopped by anything short of a physical shield.

It sees Sigma launching a massive projectile that deals damage, stuns, and knocks down its target upon contact, making it a great combo opener.

However, like the rest of Sigma’s kit, it has a relatively long cooldown that prevents you from being able to spam it whenever you want.

Accretion is most effective when used to trap heroes who get separated from their team or interrupt a channeled Ult such as Reaper, Pharah, and Roadhog’s, among others.

How To Use Gravitic Flux (Ultimate)

Sigma’s Ultimate ability is handy for disrupting bunker team setups and can wipe out multiple enemies near a contested chokepoint.

It sees Sigma taking flight while lifting enemies in a targeted area before slamming them back down to the ground to deal damage equivalent to 50% of their max HP.

Since enemies will most likely disperse as soon as Sigma activates his Ult, it’s crucial your allies keep the other team distracted long enough for Sigma to setup.

Additionally, you should be communicating with your DPS heroes so they know to either eliminate enemies mid-air during Gravitic Flux or finish off what’s left after the slam.

Though his high skill cap makes Sigma a potent damage-dealer in the right hands, this often results in players being more aggressive than they should.

To get the most value out of Sigma, you should focus on his strengths, including being able to cover unique angles with his shield and soak up burst damage with his Kinetic Grasp.

With that said, below, you’ll find a list of heroes whose playstyles naturally synergize with Sigma’s own.

Which Heroes Combo Best With Sigma?

We’ve already touched on Sigma’s weaknesses regarding mobility and his lengthy cooldowns, two things that players should keep in mind whenever engaging.

Sigma has a hard time with close-quarters combat and can’t really fend for himself when separated, so it’s essential to stick with your team at all times.

Below, we’ve highlighted a list of heroes who pose a severe threat to Sigma or can easily escape his attacks.

Which Heroes Does Sigma Struggle Against?

Given the right conditions, Sigma can dominate chokepoints and apply pressure to the enemy team while absorbing damage with his shield and Kinetic Grasp.

However, his low mobility and lengthy cooldowns require a cautious mindset, careful positioning, and coordination with ally healers and tanks.

To wrap things up, below, we’ve provided some more general tips to keep in mind the next time you’re practicing with Sigma. 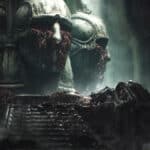