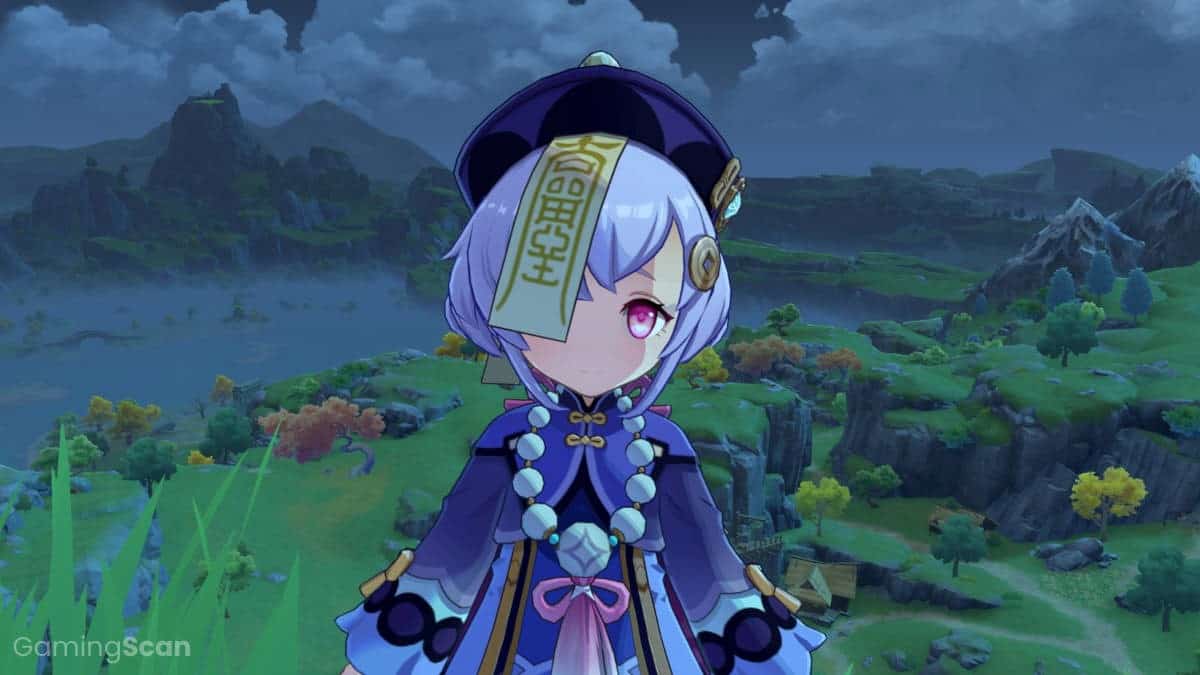 Qiqi is a 5* Cryo Sword Support, universally regarded as the worst 5* unit in the entire game. Being one of the five Standard Banner 5* characters, most players see Qiqi as the worst unit you can lose the 50/50 to.

That being said, in terms of the amounts of raw healing provided, no character in the game can come close to Qiqi—this includes other 5* healers, like Jean and Kokomi. The reason Jean and Kokomi are seen as better than Qiqi is because they provide other utility in addition to healing.

Qiqi doesn’t. She’s got no DMG, no crowd control, no Energy generation, nothing. She just heals, in a game where units need to do more than this to stay competitive.

That being said, thanks to the wealth of new weapons and artifacts constantly being added into the game, you can turn Qiqi into a viable Support that keeps the team alive while still providing some utility and even DMG.

So, if you want to know how to make the best out of your little Zombie disappointment, read on.

If this game were called Healing Impact, Qiqi would easily be the best character. The amount of healing she offers is absurd.

Unfortunately, while healing is important, Supports simply have to do more to warrant a slot in the party. To make matters worse, Qiqi is a Support that needs to be supported to do her job optimally.

Her Elemental Burst has a cost of 80 Energy, but she doesn’t generate any Energy whatsoever on her own. So, to use this healer—that doesn’t offer anything in addition to healing—to maximum effect, you have to also include units that will be able to generate Energy for her in the party.

That’s a steep cost for a character that, ultimately, doesn’t carry her own weight. Compare this to Diona, a 4* healer that heals, shields, increases movement speed, generates Energy, and—with constellations—gives the party extra Elemental Mastery, and you’ll see why even players who have Qiqi rarely opt to use her.

Just to reiterate, there is a way to play Qiqi that will turn her into more than dead weight. We’ll cover this built step-by-step in just a moment, along with optimal team setups for her.

But before we do that, let’s take a look at Qiqi’s constellations.

By contrast, Qiqi’s constellations are all horrid, and there’s a chance you’ll get one of them instead of the desired Limited Banner 5* character any time you lose the 50/50. This is why Qiqi is so disliked in the community. It’s not just that the base unit is bad, her constellations can’t even be considered consolation prizes by any metrics.

If, however, you still wish to know how to build Qiqi in the best way possible—not making her a viable unit, so much as a fun-to-play unit—the rest of the guide is for you.

The 4-piece Ocean-Hued Clam set bonus was what transformed Qiqi from completely useless to underpowered but potentially fun-to-play. This is because with it, whenever she heals, a bubble will appear next to the on-field character. For 3 seconds, it will track Qiqi’s healing output, including all the healing characters couldn’t benefit from because they were already at 100% HP.

Then, after 3 seconds, the bubble will explode, dealing 90% of the accumulated healing as Physical DMG, with a cap of 27000 DMG. A new bubble can be produced merely half a second after the old one explodes.

As this is Physical DMG, it can be increased by lowering the enemy’s Physical Resistance, but not by increasing Qiqi’s Physical DMG, for some reason. In any case, with the insane amount of healing Qiqi can produce, it’s not difficult for her to consistently reach this DMG cap and deal upwards of 27000 DMG every 3.5 seconds.

This still isn’t enough DMG to make her competitive or meta-viable, but it is enough DMG to make it so that she doesn’t feel like dead weight. In essence, this turns Qiqi into a mini-Eula who can continuously burst enemies around her in an AoE. Each instance of DMG is significantly lower than C0 Eula’s Burst, but in the time it takes Eula to cast two of her Bursts with immaculate Energy generation, Qiqi can proc the Ocean-Hued Clam set bonus approximately 6 times, for well over 160000 without Physical DMG Resistance shredding.

In case this is raising any eyebrows, we should make it clear that we’re not stating Qiqi is even close to Eula in terms of overall DMG output, just that the effect is similar and Qiqi’s DMG output admirable.

As far as main stats go, Qiqi works best with Energy Recharge on the Sands, ATK% on the Goblet, and ATK% on the Logos.

If, somehow, you find that your Qiqi doesn’t suffer from Energy issues, you can give her an ATK% Sands. She doesn’t do nearly enough Cryo DMG to warrant using a Cryo DMG Goblet, meanwhile, a Physical DMG Goblet will lower her overall healing potential without increasing the DMG of the set bonus healing explosions. She set bonus explosion can’t CRIT, which is we’re ignoring CRIT.

In terms of substats, she wants Energy Recharge and ATK%.

Alternatively, you can run Qiqi with the 4-piece Tenacity of the Millelith set bonus. This will turn her into an ATK buffer for the entire team. This set bonus is overall less synergistic, but still worthwhile running.

Unlike the typical Taster team, where you’re only looking to proc Electro-Charged or occasionally sprinkle in a few Swirls, the Qiqi Taser team also seeks to sneak in a few Superconducts to lower the enemies’ Physical Resistance and make Qiqi’s set bonus explosions all the more devastating. Qiqi can also be used as the on-field attacker in this team, although she’s not the ideal candidate for this role.

Razor is the best on-field DPS for this team. Not only is he capable of applying Electro on enemies with every attack during his Burst, but as most of his DMG is Physical, he also benefits from Superconduct. Those without access to Razor can instead use Beidou or even Electro Traveler. Beidou is the better choice for this role, as she can also be used as an on-field Physical DPS.

Fischl is the secondary source of Electro DPS for this team, as well as consistent source of Energy generation. She’s the ideal choice thanks to all of her Electro DMG persisting while she’s off-field. However, if you don’t have Fischl, you can once again turn to Beidou or Electro Traveler. Electro Traveler is the better choice for this role, as he can be used to generate loads of Energy.

Xingqiu is here for his off-field Hydro DMG needed to proc Electro-Charged reactions. When Xingqiu’s Hydro happens to Freeze enemies, Razor’s Normal Attacks will instantly Shatter them for extra DMG, allowing the team to keep piling on Electro-Charged reactions. If you don’t have Xingqiu, it’s best to just abandon the Taser plan entirely and go all-in on Superconduct. You can do this by replacing him with Rosaria or Kaeya, both of whom can provide plenty of off-field Cryo DMG and generate loads of Energy for Qiqi.

Eula is the main DPS in this team, unleashing massive amounts of Physical DPS with both her Normal Attacks and Elemental Burst.

Raiden Shogun still remains Eula’s ideal partner in crime, providing her with Energy, a reliable source of off-field Electro DMG for procing Superconduct, and filling in for her as a DMG dealing during Eula’s downtime. Qiqi benefits from Superconduct and extra Energy batterying just as much as Eula.

Rosaria may be a controversial pick. Usually, these whale team compositions are made up of 5* characters, with the occasional exception for S-Tier 4* units like Bennett or Xingqiu. But Rosaria is the perfect pick. She provides additional Energy generation for Eula and Qiqi, increases the CRIT Rate of on-field attackers. C6 Rosaria also reduces Physical Resistance at C6, which, benefits both Eula and Qiqi. Zhongli is a nice alternative for the beefy shield and both Physical and Electro Resistance shredding.

Is Qiqi Worth It?

In most cases, Qiqi is not worth it.

Even with the introduction of the Ocean-Hued Clam artifact set, she still suffers from Energy issues and long cooldowns that pigeonhole her weapon choices and teammate variety. For reference, this artifact set got her out of the F-Tier in our Character Tier List, but she’s still far from topping the list.

So the question, instead, should be whether or not she’s worth investing resources into if you’ve lost the 50/50 to her.

For most players, the answer is no, with a few exceptions.

If she’s your first 5* character and you’re still playing through the story and exploring the map, then she’s great. She’ll keep you alive and trivialize the dangers of open-world exploration and hazardous areas like Dragonspine.

If you’re looking for ways to spice up the Eula/Raiden team comp, she’s also a viable pick.

And finally, if you really enjoy her character and/or playstyle, go for it—don’t let anyone tell you otherwise. The game is easy enough to where you can even use her as a main DPS. Equip her with The Flute and watch as different sources of AoE DMG continuously pop around her—it’s a fun way to experience the game’s content.

But outside of these three very specific cases, we just don’t see her being a worthwhile resource investment for most players. 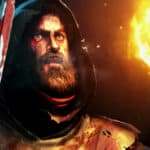