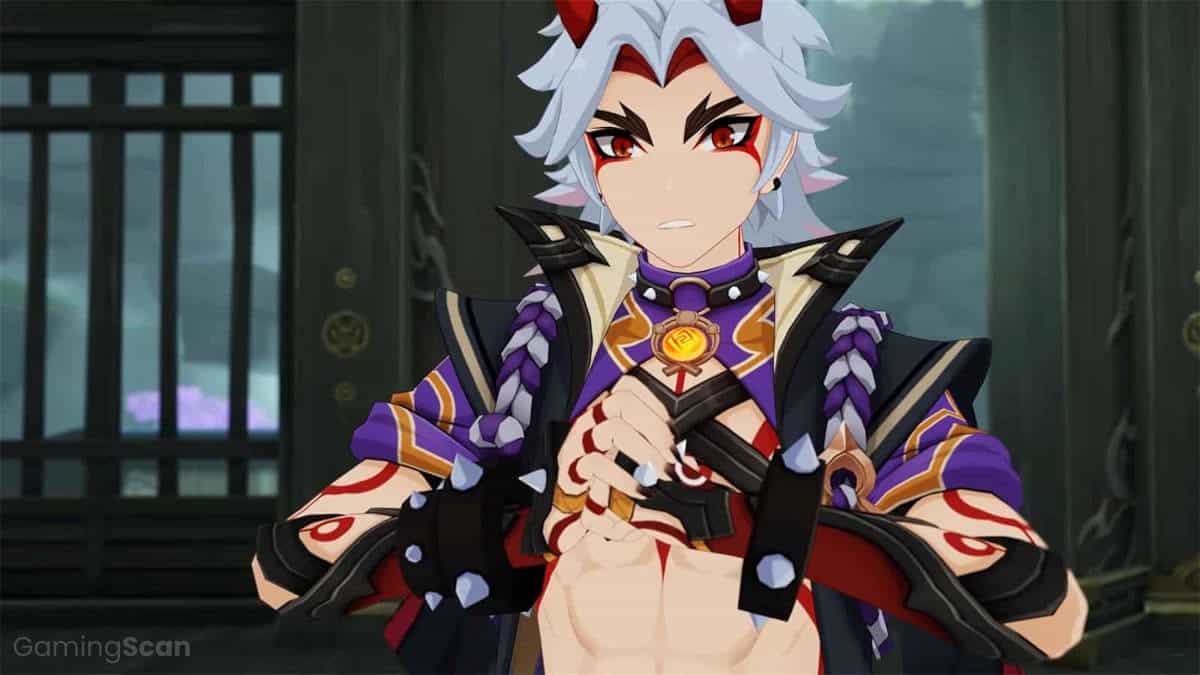 Arataki Itto is a 5* Geo Claymore DPS who scales with DEF and works incredibly well in Geo-centric teams.

Due to his DEF scaling, Itto is one of the more F2P-friendly main DPS characters, insofar as many of his top weapon choices aren’t 5* gacha weapons.

This is balanced out by his choice of synergistic teammates, which is quite narrow if you’re trying to make an optimal team. Arataki Itto depends on Gorou to kick ass.

While he may fall short of an S-Tier placement in our Genshin Impact Tier List, Itto is a solid A-Tier DPS who’s worth building a team around.

To enable Itto to perform at his best, you’ll need to:

In this Arataki Itto build guide, we’ll show you how to do all of this and more, so let’s start with the talents.

Arataki Itto’s kit is a well-oiled machine that works great but is only meant to be used in one way:

You get as many Superlative Superstrength stacks as quickly as possible and then expend them all to perform Arataki Kesagiri Charged Attacks, preferably with his Burst active.

There’s not a lot of room for experimentation if you want optimal results.

That being said, all of his talents are useful and contribute to streamlining this unique playstyle.

There’s only one thing to note here—Itto is largely underpowered without his Burst, dealing significantly less DMG and having difficulty getting his stacks up.

This is why we recommend teaming him up with several Geo characters who can help ensure his Burst will be ready as soon as it comes off cooldown.

We’ll get to the portion of the build guide that covers teammates soon enough, but first, let’s look at Itto’s constellations.

As far as Arataki Itto’s constellations go, there are some great contenders.

The only outlier is C4, which adds dubious value.

That being said, unless you plan to focus your entire account around Arataki Itto because he is your absolute favorite, we don’t recommend gunning for any of his constellations.

Arataki Itto is a DPS character who relies on DEF and Geo DMG to pump out big DMG numbers.

And wouldn’t you know it, the 4-piece Husk of Opulent Dreams artifact set bonus increases both DEF and Geo DMG, making it the best set bonus for Itto.

The main stats you’ll want to use here are:

And as for substats, the best rolls you could get are:

If you don’t have a 4-piece Husk of Opulent Dreams, you could use some of the following 2-piece artifact set bonuses:

Alternatively, the 4-piece Retracing Bolide is also solid if you’ve already got good artifact pieces for it, although we wouldn’t recommend farming for this set if you don’t already have it.

Arataki Itto is the team’s main DPS, demanding most of the on-field time to whack enemies on the head.

Gorou is the best Support for Arataki Itto, bar none. He buffs DEF by default and—provided there are at least three Geo characters in the team—also buffs Geo DMG. Plus, he’ll ensure Itto has access to Geo Resonance which he so desperately needs.

Ningguang is the team’s sub-DPS. You should only swap her in to use her abilities and then cycle to another character. Itto and Gorou work well with a 3rd Geo character in the team and Ningguang is our top F2P choice for this as she offers both loads of DMG and adds another way to buff Itto’s Geo DMG through her Elemental Skill. If you don’t have Ningguang, you can use Geo Traveler who can increase Itto’s CRIT Rate.

Fischl is our preferred 4th pick for Itto’s F2P team because she adds a lot of off-field DMG without requiring any on-field time. Her passive also offers some DMG even when Crystalized Reactions are popped. However, you can use whoever you want, provided they don’t take away on-field time from Itto. Top choices include Diona for shielding and healing, Thoma for shielding and some extra DMG, or even Bennett for the extra ATK. All of these characters require a ton of Energy to work, which is why we prefer Fischl.

Arataki Itto and Gorou are such a powerful and synergistic duo that you would not want to separate them even with access to all characters in the game.

Albedo is the team’s main source of off-field Geo DMG. What’s amazing is the Albedo also scales off of both DEF and Geo DMG, so he gets maximum value from Gorou’s buff.

Zhongli is primarily here to function as the team shielder, although he adds quite a bit of DMG through his Geo Resistance shredding and Elemental Burst. With the lack of a healer in this team, he’s also there to ensure that Itto never takes any DMG.

Is Arataki Itto Worth It?

Arataki Itto is a powerful DPS character that can handle even the most difficult content thrown at him.

If you enjoy his playstyle, personality, or you just got lucky and pulled him without meaning to, you can rest assured that he is a worthwhile character to invest resources into.

In this sense, he is worth it.

Moreover, he’s a fairly F2P-friendly unit, as he’s perfectly capable of tackling difficult content with just a Whiteblind and Gorou in tow.

However, do be aware that Itto is not a character who can be used in many teams.

Unlike Yelan or Raiden Shogun, both of whom can be used in pretty much any team to great effect, Itto only works in Geo-centric teams.

So make sure that you enjoy Itto’s simplistic playstyle that’s devoid of any meaningful Elemental Reactions before committing your resources to him. We’re not saying this playstyle is wrong or underpowered—just that it’s not for everyone.

You can see how this playstyle sits with you by running Noelle, a free 4* character who’s uses the same weapons, artifacts, and teams as Itto. 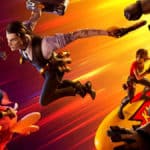