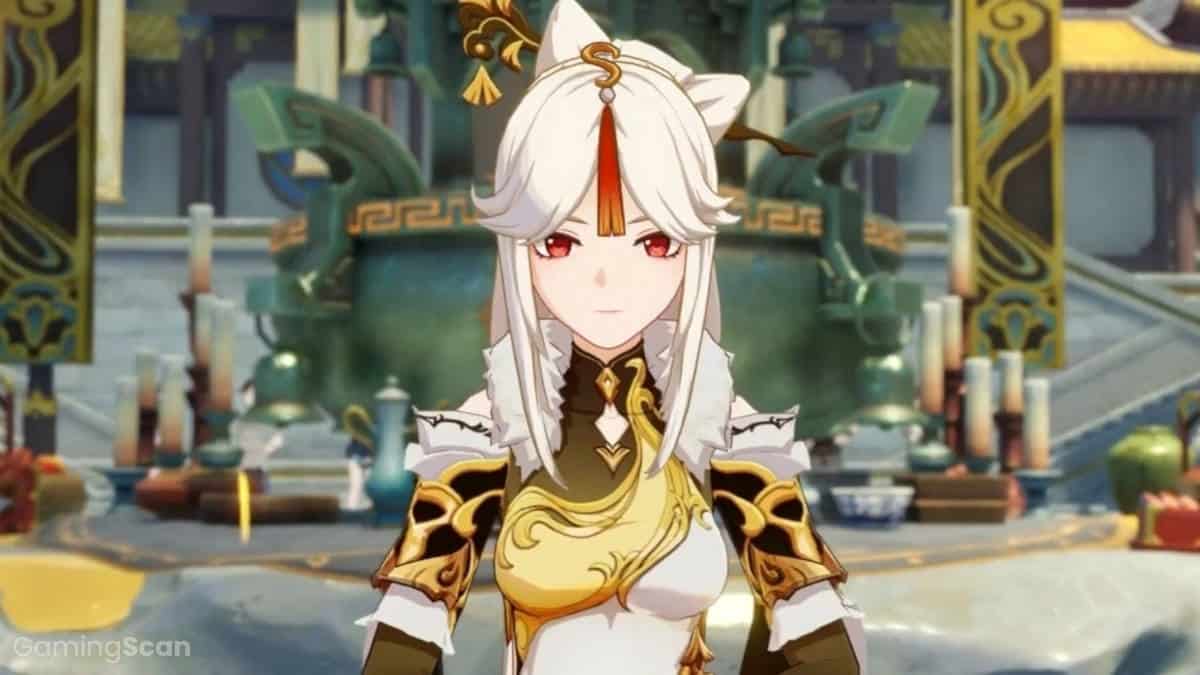 Ningguang is a 4* Geo Catalyst character capable of fitting the sub-DPS, main DPS, and even Support roles.

We’ll focus on her sub-DPS playstyle the most, but we won’t forget to mention how to make her excel in other roles.

Despite being a 4* character—and a Geo one at that—Ningguang is still one of the most powerful single-target DPS units in the game.

However, to realize this peak potential DMG, you’ll need to:

In this Ningguang build guide, we’ll show you how to do all of these things, so without any further ado, let’s begin.

As a sub-DPS, she just takes the field, casts her Jade Shield, passes through it, and casts her Burst.

Main DPS Ningguang does the same thing but sprinkles in some Normal and Charged attacks while waiting for cooldowns to reset.

For further utility and extra DMG, you’ll need to shoot for some constellations.

As a package, Ningguang’s constellations aren’t all that impressive.

C2 adds some nice utility, but it’s not a game-changer by any means.

That being said, C3 and C6 are both huge constellations that massively boost Ningguang’s DMG, especially the latter.

If you’re sold on Ningguang and you want to use her, we suggest going all the way with the constellations.

But for most players, we don’t recommend trying to purposefully nab any constellations as the key ones come quite late.

Despite being in the game from day one, Ningguang has yet to receive a 4-piece artifact set bonus that complements her kit.

This is because she and Geo Traveler are the only Geo characters who primarily scale off of ATK. All other Geo characters scale with DEF, except for Zhongli who scales with HP. Needless to say, the developers aren’t in a rush to create a set bonus that caters to only two 4* characters.

This means that you have to mix and match 2-piece set bonuses to get the most out of Ningguang.

For her sub-DPS role, the best option is the combination of 2-piece Archaic Petra and 2-piece Noblesse Oblige.

Main DPS Ningguang should instead use the 2-piece Archaic Petra with the 2-piece Gladiator’s Finale or any other +18% ATK set bonus.

In either case, your choice of main stats remains the same:

As for substats, Ningguang needs:

With these main stats and, ideally, optimal substats, you can ensure that your Ningguang will deal maximum DMG.

That being said, there are several 4-piece set bonuses you can use to transition Ningguang into a more supporting role.

The 4-piece Noblesse Oblige turns her into a team-wide ATK buffer. Best of all, due to how short her Burst cooldown is, she can maintain 100% uptime on this ATK buff.

The 4-piece Archaic Petra turns her into an Elemental DMG buffer for Pyro, Cryo, Electro, or Hydro DPS characters. It’s a bit clunky to use since Ningguang has to be the one to pick up the crystal created by Geo Reactions, but it can work.

Ningguang is the main DPS in this team. Switch to other characters only to cast their abilities. Otherwise, just keep cycling through Ningguang’s attack pattern, making sure to pass through her Jade Screen for extra Geo DMG.

Yun Jinis a deceptively powerful support for Ningguang. Her Burst buffs Normal Attacks in a way that hugely favors lower attack modifiers. Ningguang’s Normal Attack modifiers are quite small, a quality she makes up for by launching two projectiles with each attack. In practice, this means that each of Ningguang’s Normal Attacks gets twice the benefits from Yun Jin’s buff. Moreover, as the second Geo character in the team, she unlocks the Geo Resonance which all Geo DPS characters should have access to. If you don’t have Yun Jin, you should still use a Geo character like Geo Traveler or Noelle, just for the Resonance.

Bennett is yet another DMG buffer for the team. And since he buffs the ATK stat, you suffer no diminishing returns from having both him and Yun Jin in your party. Geo characters can’t rely on Elemental Reactions for extra DMG, so the best thing you can do is buff them up and let them do their thing. You can replace Bennett with Sara to keep the ATK buff or with Diona or Barbara to still have a healer.

Xiangling is here to provide some much-needed AoE DMG to the team thanks to her off-field Pyro DMG. As the second Pyro character in the team, she also unlocks the Pyro Resonance, permanently giving everyone a sizeable ATK boost. If you’re not using Bennett, you can keep Xiangling or replace her with any character that provides some off-field AoE DMG, like Beidou, Rosaria, or Xingqiu.

Ningguang is the sub-DPS whose role is to deal DMG and provide some Geo Energy for Noelle.

Noelle is the team’s main DPS. As a Geo character, she ensures that both the main DPS and sub-DPS have access to Geo Resonance, greatly boosting their DMG. Furthermore, Noelle really opens up the remaining two slots since she can shield and heal the team in addition to doing DMG. Technically, you could use any other main DPS, like Razor, but then you’d sacrifice some of Ningguang’s DMG and still need a healer.

Fischl and Beidou are our top pick for rounding out this team, as they can provide a ton of off-field DMG and work wonderfully together to maintain consistent DMG output. That being said, you can use any other synergistic character duo to round out the team. Xingqiu, Xiangling, Kaeya, Rosaria, and Lisa all work wonderfully in the team. The only reason we gravitate towards Fischl and Beidou over any of the other picks is because they have such amazing synergy with each other.

Ningguang functions as one of the team’s three Geo Burst Supports—characters used primarily to add DMG by taking up as little field time as possible. If you’ve got C6 Ningguang, you should fire off a Charged Attack after every Burst. Otherwise, just cycle through your Skill and Burst and remember to pass through the Jade Screen with all Geo characters for extra DMG. Alternatively, you can turn Ningguang into a dedicated Support by giving her the 4-Piece Noblesse Oblige for ATK buffing and Prototype Amber weapon for healing.

Zhongliis the team shielder, Burst Support, and ATK buffer if you run him with the 4-piece Tenacity of the Millelith. Thanks to the Geo Resonance, he and all other Geo characters will have their DMG increased.

Raiden Shogun is technically the team’s main DPS, although she, too, only stays on the field while her Burst is active. Her downtime is the perfect opportunity to cycle through the other characters’ abilities. She even brings some supporting utility by restoring Energy to everyone and increasing their Burst DMG. In such a Burst-centric team, this means a lot.

Albedo is the team’s final Geo Burst Support. Truth be told, you could use any Burst Support here, but in keeping with the whale theme, we went with the best 5* option and the only one that can take full advantage of Geo Resonance. Bennett and Sara also work great. If you find that the team is lacking a healer and you don’t want to use Ningguang in this role, we also recommend Jean, Qiqi, and Diona as solid replacements.

Is Ningguang Worth It?

Now that you know how to build and use Ningguang for maximum DMG, the only question remaining is whether or not this is worthwhile doing.

We’ve said some great things about Ningguang in this guide—all of them true.

She can function as a main DPS, sub-DPS, or even a dedicated Support with the right itemization, so versatility isn’t an issue.

Neither is DMG, as there are few characters in the game that can match her single target DMG output.

But there very much is an issue with this character and that’s the fact that she simply does not fit into many teams.

Geo does not play well with other Elements, but even inside the Geo roster, she’s something of a black sheep due to her ATK scaling.

She’s perfectly capable of carrying you through even the hardest content in the game, so for beginners who have few characters or players who are simply infatuated with her, she’s definitely worth using.

But if you’ve already got a plethora of characters you have and like to use, Ningguang will only limit your team building options. 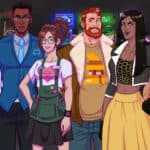