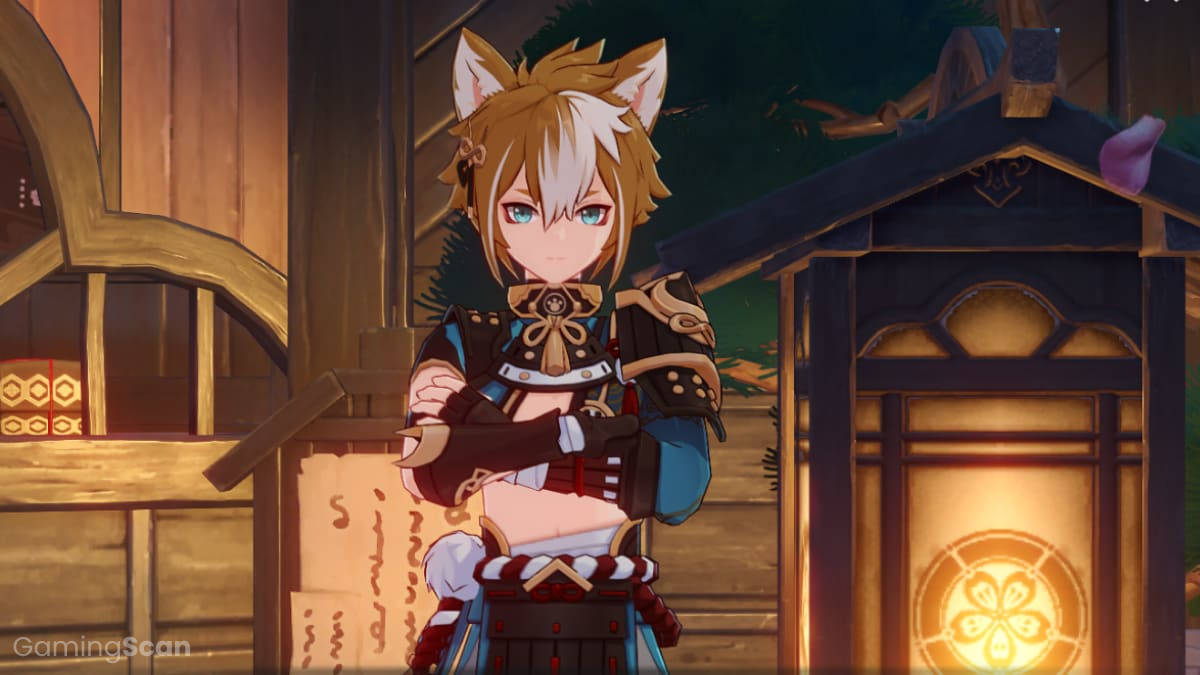 Gorou is a 4* Geo Bow Support who buffs DEF and—provided the team he’s on has at least three Geo characters—also buffs Geo DMG.

While this does make him a niche Support, it’s a niche well worth exploring due to how many DEF-scaling Geo character Genshin Impact features—including two S-Tier DPS characters in Arataki Itto and C6 Noelle.

Because of this, Gorou has become an indispensable part of Geo-centric teams.

In other words, if you’re running a DEF-scaling Geo main DPS and you’re looking to maximize their DMG output, Gorou is a must-have. So, while he only gets a B ranking in our Genshin Impact Tier List due to having no versatility, Gorou is exactly S-Tier in the right line-up.

However, for him to properly Support characters in the right line-up, he must first be properly built, which is done by:

In this Gorou build guide, we’ll walk you through all of these steps and more, starting with talent prioritization and overall kit evaluation.

Gorou is a character designed to do one thing and one thing only—buff DEF for other characters.

And, to be fair, he fulfills his purpose splendidly. Not even Bennett—arguably the best 4* Support in the game—can bring more value as a Support to DEF-scaling Geo character than Gorou.

Now, Gorou can technically deal some off-field DMG, but you shouldn’t count on this being useful. For reference, at talent level 10 and with the extra DMG from the last passive talent included, Gorou’s Elemental Skill will deal around 350% of his DEF as DMG every 10 seconds.

This isn’t an issue, of course.

Gorou is already an amazing Support who can even heal the team with some constellations. He’s already doing plenty for his teams without ripping enemies apart with his off-field DMG output. We just wanted to be upfront about this and set proper expectations.

Now, let’s look at those constellations!

In terms of constellations, Gorou starts quite weak but only gets better and better with each one.

Well, C5 is the exception, as it’s his worst constellation by far, but we can just ignore this for now.

C2, C3, C4, and C6 all add meaningful buffs to the character, especially C4 which effectively turns Gorou into a Geo Bennett—and we all know how powerful Bennett is.

If you’re running DEF-scaling Geo characters (which you are, otherwise you wouldn’t be reading Gorou’s build guide), then you should try to get as much of Gorou’s constellations as you can, as the pay-offs are huge.

Unfortunately, there isn’t a single 4-piece set bonus in Genshin Impact that perfectly fits Gorou. Technically, you could point towards the 4-piece Husk of Opulent Dreams, but we don’t think focusing on Gorou’s DMG output is the way to go when building him for optimal effectiveness.

For this reason, we think it’s best to use the combination of the 2-piece Husk of Opulent Dreams and the 2-piece Emblem of Severed Fate set bonuses.

This will give Gorou extra DEF and Energy Recharge, increasing the scaling of his abilities and making it easier to spam his Elemental Burst.

As far as stat prioritization goes, the main stats you should go for are:

A couple of words regarding Gorou’s CRIT stats before we move onto artifact substats:

The CRIT Rate Logos is recommended not because Gorou is expected to output a lot of DMG, but because his BiS weapon—Favonius Warbow—has a useful supporting passive that only procs when he crits. If you’re using a different weapon, there’s no need to go for the CRIT Rate. Instead, you should use a DEF% Logos or—if your Gorou is at least C4—a Healing Bonus Logos.

Additionally, since you only need CRIT Rate to proc the Favonius Warbow passive, there’s no need to fret over CRIT DMG.

As for substats, the best rolls you could get are:

Last but not least, you can use the 4-piece Noblesse Oblige set bonus. We reason we don’t value it highly is because, ideally, the characters Gorou will be used to support are DEF-scaling characters who don’t benefit as much from this set bonus. However, the less optimal your team is, the better this set bonus becomes.

Gorou is the team’s primary Support, providing Energy generation and stat bonuses to other characters.

Noelle is the team’s main DPS, using all of Gorou’s buffs to significantly increase her DMG potential. Plus, as the second Geo character in the team, she’ll ensure access to the powerful Geo Resonance, which will boost her DMG even more. What’s great about Noelle is that she’s also the team’s healer and shielder. While Noelle needs her C6 to compete with A-Tier 5* DPS characters, she’s a strong enough main DPS in her own right even before unlocking all her constellations.

Ningguang is the team’s off-field DPS. Having a 3rd Geo character will not only increase Gorou’s effectiveness, but it will also help with Noelle’s Energy issues. Noelle needs her Burst to be effective, and having another character who can generate Geo particles for her goes a long way. Plus, her personal DMG output is not to be underestimated. Lastly, Ningguang can even buff Noelle’s DMG through her Jade Shield. If you don’t have Ningguang, you can use Geo Traveler or Yun Jin. They won’t offer nearly as much DMG as Ningguang, but they’ll provide additional buffs for Noelle in the form of increased CRIT Rate or Normal Attack DMG buffing.

Fischl is the best character to round out this team due to her passive talent which deals DMG to enemies whenever you proc an Electro-related Elemental Reaction. This includes even Crystallize, which this team will be triggering all the time thanks to Fischl’s consistent off-field Electro DMG and Noelle’s Geo-infused Normal and Charged Attacks. No other 4* character comes even close to marching Fischl’s value in this team, but if you don’t have Fischl, viable alternatives include off-field DPS characters. Kaeya and Rosaria stand out as the best options here because their Bursts cost 60 Energy, as opposed to 80 Energy which most other off-field DPS characters need to add any value to this team. Alternatively, you could use Geo Traveler or Yun Jin for a full Geo team.

Gorou‘s role in this team remains unchanged from his F2P role—he generates Geo Energy and buffs DEF and Geo DMG stats. The only difference is that this team would much prefer to also have him function as a healer with his C4 unlocked.

Arataki Itto is the team’s main DPS. In many ways, Itto is like a 5* version of Noelle—a DEF-scaling Geo main DPS that relies on his Elemental Burst infusion to deal most of his DMG. The DMG ceiling of C0 Itto is slightly higher than that of C6 Noelle, but he lacks the other utility C6 Noelle provides. This is to say that you could replace Itto in this team with C6 Noelle and very little would change.

Albedo is the off-field Geo DPS of the team, effortlessly adding a ton of consistent DMG while requiring next to no on-field presence. Plus, as another DEF-scaling Geo character, Albedo gets all of the benefits of Gorou’s buffs.

Zhongli is the team’s shielder and source of crowd control. He also buffs the DMG of all other characters by shredding enemies’ Geo Resistance.

Is Gorou Worth It?

Gorou is a weird character to evaluate.

While he only serves a niche role, within his niche, no one can outmatch him.

This makes answering the question of whether or not he’s worth it very simple:

If you’re using Itto or Noelle as your main DPS, then Gorou is very much worth it. We’d go so far as to say that these characters cannot reach their maximum DMG potential without Gorou on their team.

However, if you’re not using these two specific characters, then there’s no merit to using Gorou.

So, before you go investing resources into pulling and/or leveling up Gorou, just ask yourself whether or not you have or want to use Itto or Noelle as your main DPS. Without them, Gorou will only be collecting dust inside your character archive. 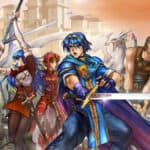