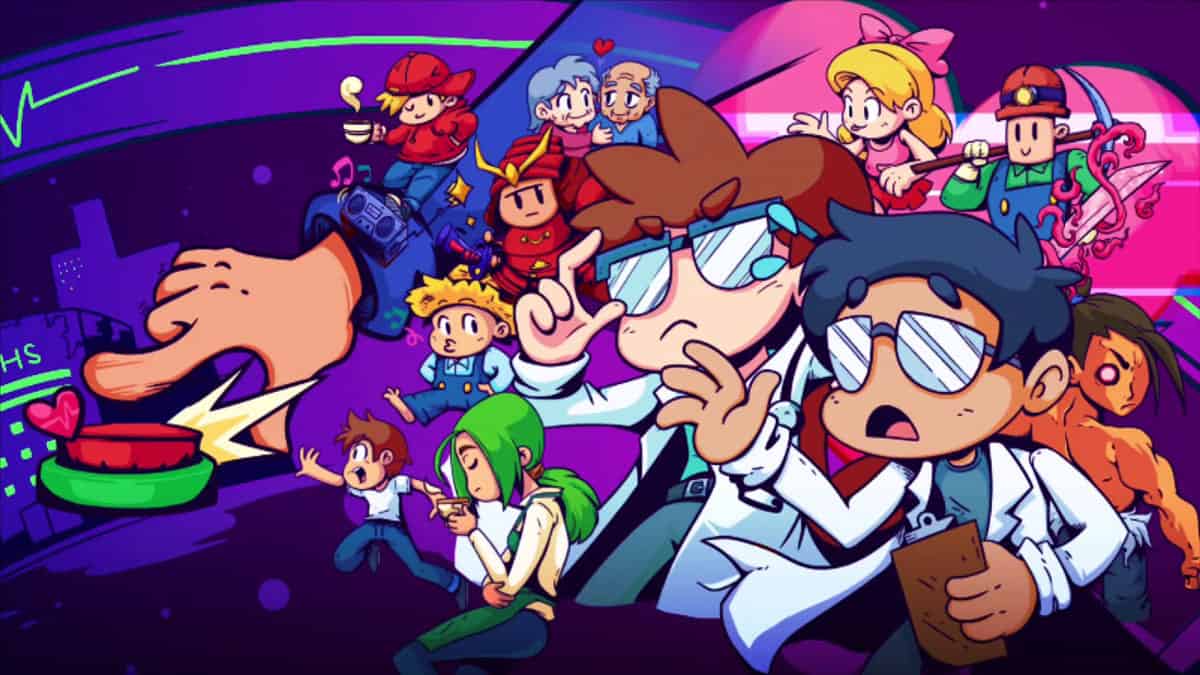 Whether you prefer to use a mouse and keyboard, controller, or VR headset, there’s no shortage of fun PC rhythm games to play.

From rhythm fighters to roguelikes and everything in between, the diversity in the rhythm genre is practically unmatched.

In this list, we’ll highlight the best rhythm games on PC that offers stunning visuals, bombastic tracks, and trance-inducing gameplay.

One of this year’s most viral rhythm game releases, Trombone Champ sees you honking, blowing, and tooting your way to the top.

Complete with over 20 songs and 50 unique cards to unlock, the game invites you to uncover the mysteries of the “Trombiverse.”

This is done by tackling each track with unique mouse-based controls that require you to line up your cursor with the correct inputs.

Of course, this is easier in theory than in practice; thankfully, the game is at its best when it everything goes wrong and you can laugh at your horrible performance.

In it, players are tasked with journeying across 8 layers of Hell while slaying to the rhythm of metal music.

Along the way, they’ll encounter a host of demonic enemies, powerful weapons, and heart-pounding tracks.

The game’s soundtrack is particularly noteworthy as it features all original songs from iconic metal performers.

Another rhythm game that features first-person combat, BPM: Bullets Per Minute is a fast-paced roguelike shooter from Awe Interactive.

Each run has you delving into a randomly-generated dungeon overrun with ancient enemies, deadly weaponry, and game-changing abilities.

Much like Hellsinger, all of your actions and those of your enemies are tied to the beat of the music.

This results in fast, frenetic, and rhythmical combat where players must jump and dash to evade attacks before answering back with a flurry of firepower.

Next up is Unbeatable [white label], an anime-inspired rhythm-adventure game with visually stunning, heart-pumping combat.

In it, players assume control over the singer of a small indie band as they practice tracks and navigate the many ups and downs of life.

There are multiple tracks to pick from across different genres as well as visual novel-style story sequences.

While Unbeatable is available for free, players can unlock additional content via a Demo Tapes DLC expansion.

In it, you take on the role of Yordle and Hexplosives expert Ziggs as he rampages through the vibrant neighborhoods of Piltover.

Each level sees you bombing, bouncing, and bopping to the beat of the music as you try to avoid obstacles, disarm enemies, and light fuses for maximum chaos.

It’s definitely one of the more experimental LoL spin-offs but manages to hold players’ attention with constant chaos and a bombastic music selection.

Friday Night Funkin’ is a rhythm game that draws inspiration from cult classics like Dance Dance Revolution and PaRappa the Rapper.

The game has a distinct early-2000s Flash game aesthetic, which isn’t too surprising when you factor in it was created by former Newgrounds members.

The premise revolves around a character named Boyfriend who’s tasked with defeating various characters in singing contests before he can date his Girlfriend.

Battles are represented in-game as separate weeks, and each one incorporates unique themes and flavors of music.

No Straight Roads is a rhythm game in which you play as members of an indie rock band looking to save their town from an evil EDM group.

Played from a third-person POV, the game features a rhythm-based combat system in which enemies attack to the beat of the music.

Throughout the story, you’ll encounter a variety of giant boss battles that present unique music-based challenges and unlock a skill tree to become stronger.

It’s not often we get a pixel art rhythm game that combines RPG mechanics with great story-telling and a hard-hitting soundtrack.

Set in a strange world where everything is not quite what it seems, Everhood sees you controlling a wooden doll whose arm has been stolen by a blue gnome.

As you set off on a quest to retrieve your arm across a series of musical battles, you’ll encounter a diverse bunch of characters and unexpected twists and turns.

The entire journey will take you about 5-6 hours to complete but there’s also a custom battle editor where you can spend hours crafting your own scenarios.

Rhythm Doctor is another unique pixel art rhythm game that starts off with a rather intriguing premise.

You play as a doctor treating sick patients by defibrillating in time to their heartbeats, requiring you to learn each patient’s distinct rhythm while defeating boss viruses.

During the rhythm mini-game, the screen may become flooded with trippy visual and audio effects that force you to keep track and visualize the beat in your head.

Like Everhood, it offers a robust level editor and an addictive soundtrack comprised of heart-pumping, soul-soothing music.

Rhythm game aficionados will already be familiar with Thumper‘s pulse-pounding soundtrack, which emphasizes heavy bass drops and a great deal of percussion.

In it, you control a small space beetle protagonist as they zip their way through gorgeous visualized tracks at blistering speeds.

The game includes nine levels of what it calls “rhythm hell,” each with its own dedicated song track complimented by intense, psychedelic visuals.

All in all, it’s a solid rhythm game recommendation that’s best experienced in VR, though you can stil play it with a standard PC setup.

While there are an exhaustive amount of anime-themed rhythm games, not many are as polished and genuinely fun to play as Muse Dash.

Presented as a side-scrolling platformer, the game sees you controlling one of three charismatic heroines as they make their way through vibrant 2D levels.

The game’s soundtrack consists of 30+ upbeat and catchy pop-tracks that match up perfectly with the action on-screen.

This is a great deal when you consider Muse Dash’s relatively low price point, especially if you’re able to catch it on sale.

Rhythm Fighter is another 2D side-scrolling title that manages to shake things up by combining rhythm-based gameplay with roguelike and fighting game elements.

Each run sees you exploring sprawling levels where you’ll have to defeat enemies in tune with the beat, in addition to walking, rolling, and using special abilities.

The game features a wide array of heroes to play as, each with their own quirks that help keep gameplay exciting.

Additionally, heroes can be further customized with different weapons and skills in the form of beat cards, which are earned by progressing in the game.

Lumines: Remastered is a well-executed update of the classic rhythm puzzle game from the early 2000s.

It’s best described as “Tetris with music” where the goal is to align different colored blocks and form clusters that get cleared once a “timeline” passes.

As rows are removed, new instruments get layered onto the song track being played, adding complexity while also rewarding the player with a fuller sound.

Since the timeline’s behavior is affected by the song currently being played, the level of difficulty can vary greatly.

Additionally, improvements have been made in regards to graphics and audio, with the game supporting higher resolutions and 3D audio.

Lastly, Rez has always stood out for its bombastic soundtrack, which is comprised of hard-hitting techno beats that twist and warp throughout each level.

Just Shapes & Beats offers a minimalist approach to rhythm games that somehow still manages to include everything you could want in a rhythm game.

The rules can be broken down as simple as this: avoid shapes, move in tune with the beat, and prepare to lose A LOT.

Due to its bullet-hell design, the game keeps things moving at a consistently fast pace, so staying focused is an absolute must.

It ranks pretty high in terms of stage selection, including 35 hand-crafted levels and tracks from 20+ chiptune/EDM artists.

Sayonara Wild Hearts is as much a visual delight as it is an auditory one, chronicling the life of a brokenhearted young woman who gets transported to a dreamy world.

Broken up into 23 levels, the game sees you guiding the woman through surrealistic landscapes as she collects hearts, avoids obstacles, and battles enemies.

Each level introduces new mechanics ranging from quick-time events to shooting enemies with a bow and arrow.

Crypt of the Necrodancer

Before releasing their Zelda-inspired spin-off Cadence of Hyrule, Brace Yourself Games struck gold with their top-down roguelike Crypt of the Necrodancer.

The game is responsible for marrying dungeon crawling with rhythm-based mechanics to deliver a satisfying and rewarding experience.

It’s a lot more difficult than you may think as every action has to be performed in sync with the beat, with some enemies following a separate beat from the player’s.

This calls for some mental gymnastics as you try to adjust your movements to match that of your opponent’s.

Spin Rhythm XD incorporates a more traditional lane-based design, something that was a lot more prevalent during the arcade rhythm game era.

The main objective in this game is to match colors and beats by spinning, tapping, and flicking an on-screen wheel through various levels.

The game boasts a wide range of controller options, including mouse and keyboard, gamepad, and even physical MIDI DJ turntables.

There are over 40 tracks included in the base game, and you can create custom levels using your favorite songs.

While it may be exclusive to VR, we would be remiss not to include Beat Saber on this list, especially the PC version.

Described as a “sword-slashing rhythm game,” it sees you using dual-wield sabers to slice through red and blue-colored cubes in tune with the music.

Landing consecutive hits builds up a score multiplier that’s maintained by dodging incoming obstacles that appear throughout the lanes in front of you.

Considering the amount of physical movement involved with cutting through those2 virtual blocks, it’s easy to get swept up and enter a “flow state.”

Ragnarock is another VR-exclusive rhythm game that’s worth checking out if you happen to own virtual reality headset.

Designed for both single and multiplayer, it casts you as a viking captain competing in a ship race to reach an epic concert at valhalla.

As players successfully hit the runes, they’ll build combo energy that can eventually be released to trigger a powerful speed boost. 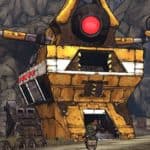