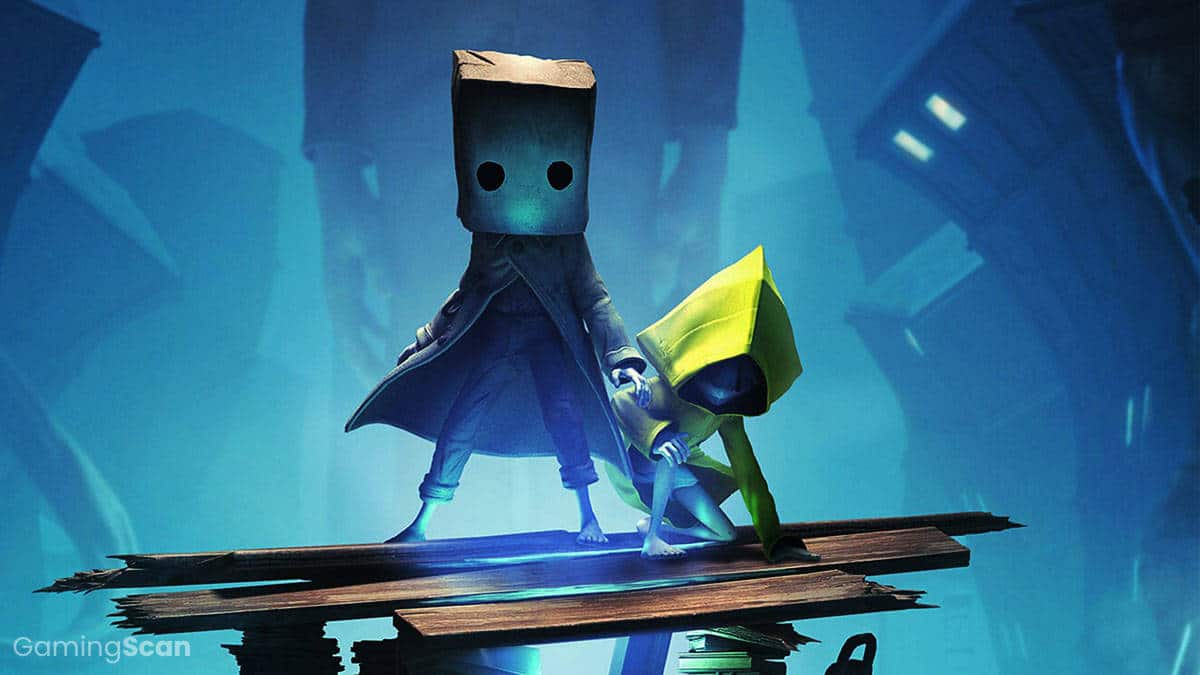 We’ll be updating this list in the future with new titles, so make sure to check back and let us know if we missed any of your favorite games similar to Little Nightmares!

Our first recommendation to anyone who enjoyed Little Nightmares is the cinematic puzzle platformer White Shadows.

In it, you control a Raven-headed girl as she tries to escape from a harsh dystopia with oppressive and violent tendencies that rely on a rigid social hierarchy.

Her journey is anything but smooth, with shoddily constructed scaffolds, dangerous machinery, and watchful guards standing between her and freedom.

Much like in Little Nightmares, players will have to sneak around enemies, solve environmental puzzles, and try to avoid plummeting to their deaths.

The Yomawari series is another solid suggestion for Little Nightmares fans that consists of two games, Night Alone, and its follow-up Midnight Shadows.

Both games are categorized as survival horror and see you taking on the role of a small girl as she walks through a dark world with just a flashlight.

As she wades through the darkness, aggressive spirits hiding in the shadows will try to attack, causing the girl’s heartbeat to rise until she retreats to the closest light source.

The game’s emphasis on stealth and overall sinister tone are very reminiscent of Little Nightmares and other games with creepy atmospheres.

Detention is a cult classic survival horror game that pays homage to greats like Silent Hill and Resident Evil while incorporating its own visual flair, atmosphere, and storytelling.

You’re cast as Wei Chung Ting, a student at Greenwood High who falls asleep in class only to wake up and find his school completely deserted aside from one other student.

Together, the pair makes a series of startling discoveries about Greenwood High and the evil creatures that now run rampant throughout its halls.

Next up we have Among the Sleep, an indie survival horror game that’s a bit shorter and less terrifying than some of the games we’ve already discussed.

You play as a baby who gets transported to a strange world filled with menacing toys and fantastical structures that require platforming, puzzle-solving, and some stealth.

Like Little Nightmares, the game does an excellent job of telling its creepy story from the perspective of a child while twisting innocent objects like toys into something much darker.

Even though it only takes about 2-3 hours to complete, the enhanced edition includes an alternate ending that raises some thought-provoking questions about the story.

If you enjoyed your time playing Little Nightmares and its sequel, then there’s a good chance you’ve already played or at least heard of Inside as well as its predecessor Limbo.

Developed by Playdead, this creepy puzzle platformer sees you inhabiting a dark and unsettling world, not unlike the Pale City from Little Nightmares 2.

Taking control of an unnamed protagonist, you start in a mysterious forest before venturing inside of a sprawling underground facility housing a terrible secret.

Both games place an emphasis on platforming, unique puzzle mechanics, and include several chase/stealth sequences that will have you on the edge of your seat.

While Limbo may not be as visually-polished or mechanically rich as Inside, it’s definitely worth checking out if you’re into spooky puzzle platformers.

Similar to Little Nightmares 2, the story takes place in a creepy forest where players must drag, stack, combine, and sometimes destroy objects to progress to the next area.

This is all experienced from the perspective of a young boy presented as a silhouette that can’t speak or emote.

Limbo’s simple yet engaging black and white visuals paired with layered environmental puzzle-solving and platforming make for satisfying gameplay that will stick with you long after you’re done.

Set in medieval France, A Plague Tale: Innocence casts you as two siblings on the run after their countryside estate gets raided by English soldiers who also kill their parents.

The game’s historical setting coincides with the existence of the Black Plague, with players having to avoid or fight humans as well as a horde of diseased rats throughout the story.

From dark sewers to decayed city streets and dense forests, A Plague Tale features a ton of environmental diversity complemented by engaging puzzles and stealth/chase sequences.

Still not convinced you’ll like it as much as Little Nightmares? Then check out our review, where we dive deeper into the game’s mechanics, narrative, and overall presentation.

Bendy and the Ink Machine

Bendy and the Ink Machine is a first-person survival horror game about a cursed animation studio where cartoon characters come to life.

You take on the role of Henry, the studio’s founder and creator of various characters who returns only to discover his creations are both sentient and want him dead.

To survive, you’ll have to make your way around the studio while avoiding and sometimes fighting back against a host of animated nightmares that patrol each area.

Like Little Nightmares, the game does a great job of building and maintaining tension throughout its story while sporting a distinct look and feel that’s not often portrayed in horror games.

In it, you take on the role of a silent knight tasked with exploring a dark and dreary world called Hallownest and conquering its numerous dangers.

Throughout the story, the knight will have to outrun monsters as well as stand their ground and fight using an assortment of skills that can be upgraded and modified to fit your preferred playstyle.

The game sets up a similar atmosphere to that of Little Nightmares and relies on environmental storytelling to reveal more about the history of its world.

Switching over to less scary, more cerebral games, Gris is a 2D adventure platformer about a young girl’s quest to reclaim her voice and restore color to her once-vibrant world.

Over time, you’ll gain the ability to glide, slide, and leap high in the sky to reach new areas and escape pursuers during scripted chase sequences that play out like boss encounters.

Though it delivers a much more relaxing experience compared to Little Nightmares, you’ll find both games excel at immersing you in their vividly distinct settings.

Unravel is another 2D adventure platformer that features similar gameplay as Little Nightmares despite having a drastically different tone and look.

In it, you control a magical creature made out of yarn called Yarny as they explore the memories of an elderly woman reminiscing on life.

Levels can range from bright and cheery landscapes teeming with joy and whimsy, to hazardous thunderstorms with treacherous footing.

There are also several scripted chase sequences that demand quick reflexes as you try to utilize Yarny’s unique thread-weaving abilities.

While its first-person POV greatly differs from that of Little Nightmares, Hello Neighbor explores similar themes of children finding themselves in dangerous situations.

You’re cast as a young boy who decides to sneak into his neighbor’s house after he witnesses some suspicious behavior.

What he ends up finding is anything but ordinary as his neighbor’s house begins to spiral out into a never-ending labyrinth filled with hidden passageways, locked rooms, and deadly contraptions.

Like Little Nightmares, the goal of the game is to escape in the face of a hostile AI that’s constantly adapting and reacting to your actions.

Getting back to more horror-centric experiences, SOMA is categorized as a first-person walking sim with horror elements and puzzle-platforming a la Little Nightmares.

You play as a man named Simon who awakes suddenly to find himself in a dystopian future where the remnants of humankind have fled to underwater bunkers.

Looking for answers, he sets off on a harrowing adventure to uncover the truth behind humanity’s potential extinction while avoiding run-ins with a host of mechanical monstrosities.

There are plenty of close calls, head-scratching puzzles, and philosophical questions to ponder over as you try to survive in a world on the brink of collapse.

Our last recommendation is another 2D puzzle platformer that does a great job of mirroring Little Nightmare’s look and gameplay.

In Contrast, you seize control of Dawn, an elegant acrobatic with a unique power that lets her transcend physical space and jump into shadows.

Joining Dawn is Didi, a small girl who can manipulate light in order to help Dawn overcome challenges similar to Six and Mono’s teamwork in Little Nightmare 2.

This mechanic is explored in different ways throughout the story, with many puzzles centering on the idea of light versus dark across 2D and 3D perspectives. 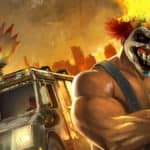