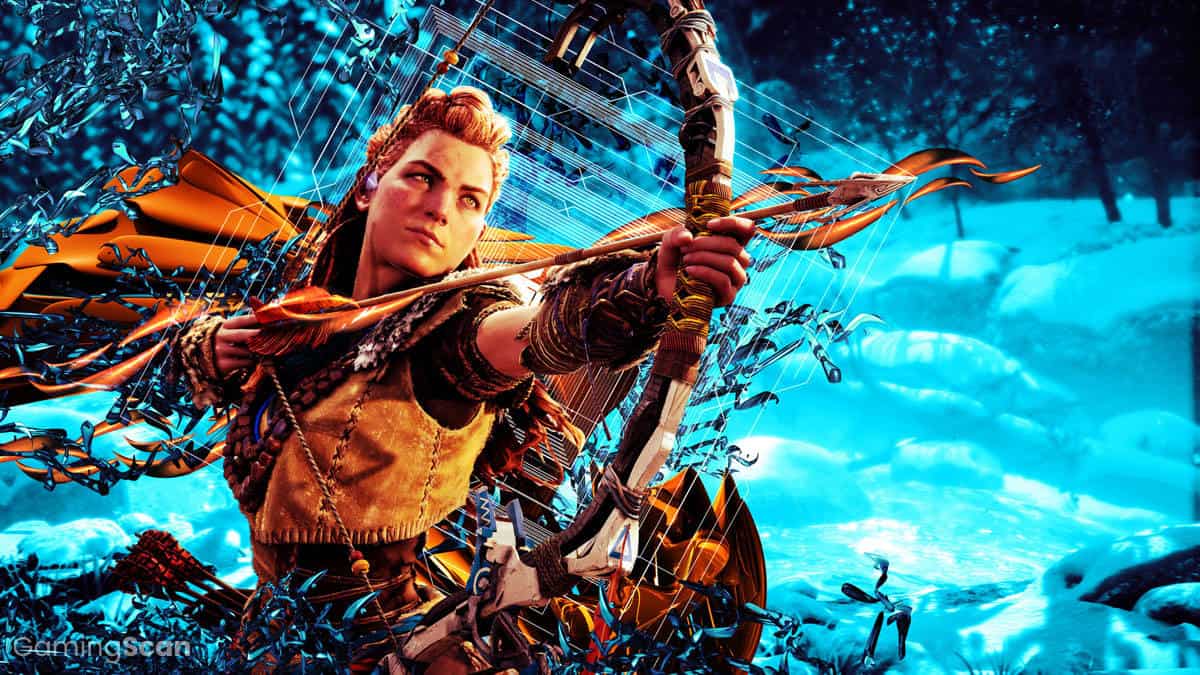 Horizon Forbidden West is Guerrilla Games’ follow-up to the hit open-world RPG and improves upon the original in just about every area.

So whether you just finished playing through the story or you’re searching for other story-driven games with similar mechanics and visuals, we’ve got you covered.

We’ll be updating this list in the future with new titles, so make sure to check back and let us know if we missed any of your favorite games like Horizon Forbidden West!

Our first recommendation to anyone who enjoyed their time with Horizon Forbidden West is FromSoftware’s open-world action RPG Elden Ring.

Much like Dark Souls and other games from the developer, it features a robust combat system that demands quick reflexes and deliberate attacks.

This includes a wide selection of weapon classes including an Aloy-like ranger build that wields a bow and arrow in battle.

Tales of Arise is the next game we suggest Horizon fans check out for its anime-inspired action RPG gameplay.

In it, players follow two characters from opposite worlds, one medieval and the other futuristic, as they work together to end a war between their people.

Much like previous games in the series, Arise implements a Linear Motion Battle System that includes evades, counters, and destructive attacks in conjunction with your party members.

Outside of battle, the game boasts an abundance of vibrant environments whose beauty rivals that of Horizon Forbidden West.

While a zombie survival game may seem far removed from the Horizon games, Dying Light 2 has a lot more going on than just flesh-eating enemies.

In it, players take on the role of a free-running survivor as he traverses a vast open world teeming with discovery and choices.

The game implements RPG progression complete with a skill tree and unique gear that determines your character’s performance and stats.

Additionally, both Dying Light and Horizon take place in post-apocalyptic worlds even though one looks and feels a lot more contemporary.

If you’re looking for another single-player open-world game where you can explore different environments, track down collectibles, and defeat enemies, check out Ghostwire: Tokyo.

The story centers on the seemingly lone survivor of a mysterious event that causes 99% of Tokyo’s population to disappear off the face of the Earth.

This same event grants your character supernatural powers that allow him to fight back against the otherworldly creatures that take over the city.

While the game’s modern-day Tokyo setting differs greatly from Horizon Forbidden West’s naturalistic environments, both were painstakingly designed to include tons of detail.

Maybe your favorite part of Horizon Forbidden West is taking on its huge biomechanical beasts; if so, Monster Hunter Rise will likely hold your attention.

Much like its predecessors, the game sees players gearing up to track and hunt down massive and aggressive wildlife using an array of weapons, tools, and techniques.

Since each monster has unique behaviors, attacks, strengths, and weaknesses, half of the fun is figuring out which approach will work best against them.

The other half is learning the ins and outs of Monster Hunter’s extensive weapon classes, which consist of Aloy-like bows and spears as well as various blades, hammers, glaives, etc.

Taking place on Tsushima Island during 13th century Japan, it casts you as a Samurai who’s called to battle after his home is invaded by the Mongol Empire.

Forced to toe the line between sacred Samurai traditions and devious new ‘Ghost’ tactics, you’ll find yourself switching back and forth between stealth and aggression.

This is reminiscent of games like Horizon Forbidden West, where each challenge can be tackled in different ways but ultimately rewards more thoughtful and methodical approaches.

Assassin’s Creed Valhalla is the latest entry in the beloved action RPG franchise and casts you as a Viking raider tasked with caring for their people in a hostile new world.

Set against the backdrop of 9th century Britain, the story centers on a brewing war between the Templars and Brotherhood that causes your character to take action.

Furthermore, the game lets players meet most combat encounters with either stealth, aggression, or a mix of the two.

Next up is the open-world action RPG Genshin Impact, which recently had a crossover with Horizon where Aloy appeared in the game as a playable character.

Touted as a live service game that can be played for free across PC, consoles, and mobile devices, it features satisfying real-time combat and an extensive character roster.

Like Forbidden West, the game offers an abundance of quests to complete, enemies to battle, and diverse environments to explore.

If you’re looking for another game like Horizon Forbidden West with a sprinkling of Breath of the Wild, then check out Immortals Fenyx Rising.

In it, you play as a hero called upon by the Greek gods to defeat Typhon, a mighty Titan that has taken over the world and unleashed an army of mythological monsters.

Gameplay primarily focuses on real-time combat with melee weapons and a bow and arrow along with free-roaming exploration via horseback/magical wings that let you traverse environments quickly.

Like Horizon, the game provides players with a checklist of map activities, enemies, and collectible goodies to hunt down.

Anyone who enjoys games with female protagonists like Horizon Forbidden West will probably enjoy the rebooted Tomb Raider trilogy, including the most recent entry Shadow of the Tomb Raider.

In it, famed adventurer Lara Croft is tasked with bringing down an evil cult after she stumbles upon a supernatural conspiracy with global implications.

Along the way, she’ll explore exotic locales in search of ancient artifacts, mysteries, and resources to help expand and upgrade her arsenal of weapons and tools.

Similar to Aloy’s position in Horizon Forbidden West, Lara often finds herself in tough situations that force the player to weigh their options and decide how to proceed.

Another female-led game that’s sure to appeal to fans of Horizon Forbidden West is Uncharted: The Lost Legacy, which centers on Chloe and Nadine, two characters that appeared previously in the series.

The duo joins forces to find an ancient relic, the legendary Tusk of Ganesh, which is rumored to be located somewhere in India.

However, before they can find it, they’ll have to go head-to-head with a ruthless warlord and his army of insurgents looking to get their hands on the artifact first.

Much like Horizon, the game focuses on open-world exploration, third-person combat, and highly cinematic set-pieces.

Shadow of the Colossus is a unique open-world game that was initially released for PS2 in 2005 and later remastered for PS3 before receiving a full-fledged remake on PS4.

In it, players take on the role of a wandering hero as they set out to conquer 16 giant beasts that roam the world in order to save a princess from her eternal slumber.

While the game doesn’t have any combat per se, climbing each Colossi requires quick reflexes and physicality as they constantly try to knock away your character.

Additionally, the game’s setting hits many of the same atmospheric notes as Horizon Forbidden West despite feeling more desolate and somber at times.

The other PlayStation-exclusive title we recommend Horizon fans check out is 2018’s reboot of the long-running hack and slash action series God of War.

Shifting its focus towards storytelling, the game sees you embarking on a brave adventure as Kratos and his son Atreus face off against Norse mythology’s most powerful figures.

Gameplay-wise, this new iteration places a bigger emphasis on player progression in the form of RPG-based equipment with unique stats and perks.

This allows you to carve out your own playstyle while still delivering the satisfying and visceral combat the series is known for.

The comparisons between Horizon Forbidden West and Breath of the Wild become pretty apparent once you see each game side by side.

For one, both feature sprawling open worlds comprised of vibrant, naturalistic environments designed to spark curiosity at every turn.

Additionally, combat employs a mix of melee and long-range weapons with the ability to slow down time as Link or Aloy draws their bow and arrow.

Even if Horizon fans have likely already played BOTW by this point in time, it’s worth mentioning on this list.

In it, players assume the role of Takkar, a low-ranking hunter who goes on to become the leader of his tribe by successfully seizing nearby territories from competing tribes.

Gameplay strips out Far Cry’s traditional gunplay and vehicle exploration in favor of rudimentary weapons and animal companions that lend their hand in battle and act as mounts.

Although it’s far from the best entry in the series, Horizon fans will appreciate the game’s unique open-world concept and savage setting.

Our final recommendation to anyone hungry for more open-world action RPG adventures after putting down Horizon Forbidden West is to revisit The Witcher 3: Wild Hunt.

Critically acclaimed for its story, gameplay, and visual presentation, the game has won a slew of awards and is regarded as one of the best contemporary fantasy RPGs.

Those who have played it before will vouch for its Horizon similarities, particularly the focus on third-person combat, often against massive creatures.

In addition, The Witcher 3’s vast open world is overflowing with wildlife to hunt, natural resources to gather, and scenery to soak up and admire when you’re not busy slaying monsters. 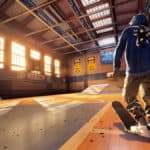