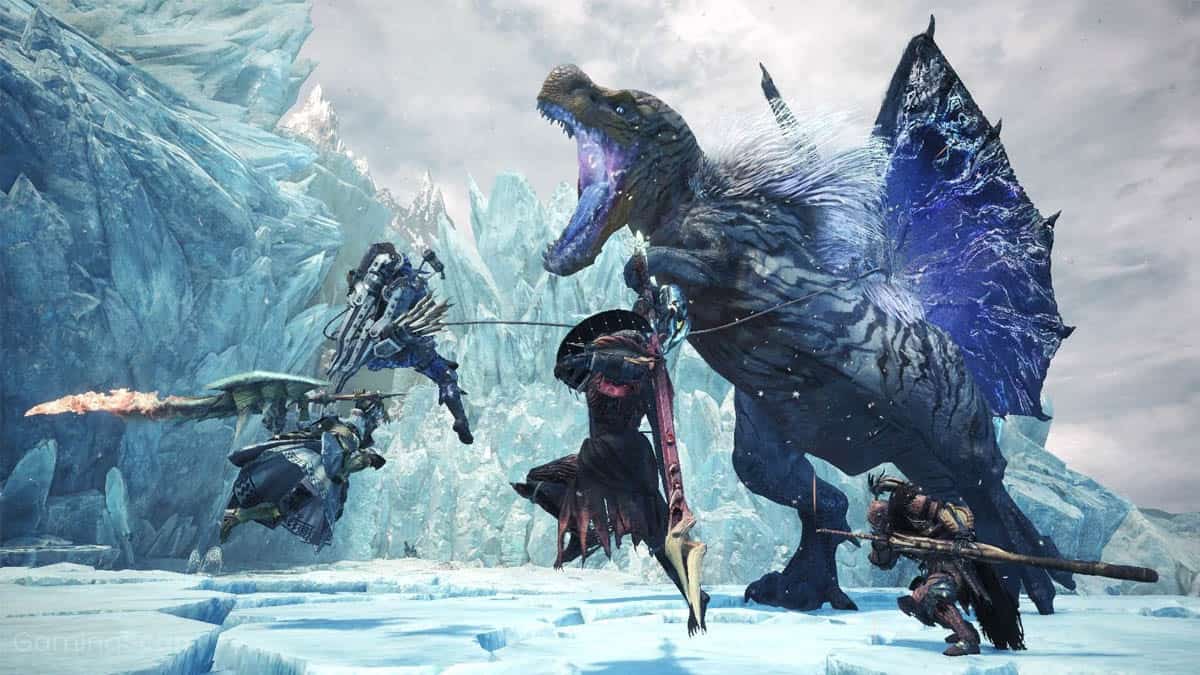 Monster Hunter World: Iceborne offers a whopping 14 weapon types which essentially function as classes. While every weapon has strengths and weaknesses, the one you decide to master is ultimately a matter of preference.

This is because Capcom has designed each weapon to be viable regardless of whether you’re playing solo or with a squad.

However, some weapons are either more technical, better at causing damage, or more effective at supporting teammates, making it useful to know what you’re getting into before you start hunting.

To help you prepare, we’ll be ranking every weapon from weakest to strongest while also providing a breakdown of how each works.

If you would like more general tips and tricks for getting started in Iceborne, check out our Beginner’s Guide for everything you need to know before journeying into the Hoarfrost Reach.

At first glance, HH may not even appear worth touching, despite being a close relative to the popular game Hammer. However, it still has some neat tricks up its sleeve that can prove useful in battle, especially if you’ve got a full squad.

Its main appeal stems from being able to grant buffs to other players by playing different music notes. And while slow attack speeds make dealing damage with HH feel awkward, if you’re able to focus on the monster’s head constantly, you’ll be surprised by how easily you can stagger monsters.

Allowing you to easily block and dodge incoming attacks – as well as return blows when opportunities present themselves – S&S is the game’s beginner-friendly weapon.

Its excellent mobility has only benefited from Iceborne’s new Clutch Claw, making it so you can quickly grapple onto monsters and keep the pressure on.

And that’s something you’ll want to do, given that S&S is not able to reach as high damage numbers as other weapons.

This, however, is somewhat compensated by being able to use items with your weapon unsheathed. S&S’s versatility makes it great for combining with other players, but its lack of specialization means you’ll be less effective hunting solo.

Like the Lance with more firepower, GL focuses on dealing bursts of damage via explosive shells.

Although it includes a shield, you’ll find it’s not as great at blocking as the Lance is. Most of its moves are based around managing resources and cooldowns while dealing with limited mobility.

This makes using GL in solo and in co-op heavily dependent on the skills you have equipped. Plus, GL’s attacks are often not ideal for multiplayer, as explosions can easily knock teammates around and interrupt their attacks.

Trading some damage output and better mobility for the best blocking in the game, the Lance is designed to tank hits while targeting monsters’ weak points.

Its defense-orientated approach to combat can make MH feel more like a game of chess and less like hack n’ slash.

The only thing holding it back is its abysmally-low damage. However, having a massive shield means you can risk getting close without fear of being easily carted. The Lance is effective both solo and on a team, often giving your allies a chance to run and heal while you absorb damage.

Boasting stellar range, the Bow is one of the more versatile long-range options in the game, possessing the ability to charge up shots for increased damage and use status-inducing coatings.

Additionally, Iceborne sees it gaining a new maneuver where slinger ammo is attached to an arrow to create powerful blasts.

Other tools, such as pellet showers and Dragon Piercer, give Bow users options for staggering and penetrating monsters from a safe distance. This makes it perfect for solo and co-op as you always have a way to back up teammates.

The IG is unique in that it’s the only weapon to offer viable aerial damage while maintaining its effectiveness on the ground.

Its superior mobility is further complemented by its insect buffs, which allow you to gather essences from a monster’s body to boost your speed, attack, and defense.

While IG’s ability to leap and dash through the sky was already useful, Iceborne gives the weapon a new diving attack. This was somewhat needed given that IG’s mobility comes at the cost of weaker attacks.

Still, it’s an excellent weapon for solo play and amazing on teams where mounting monsters can create openings for all.

Simple while still powerful, the Hammer is the premier choice for KO-ing monsters. It’s pretty straightforward: lift your Hammer, aim for the head, and swing like crazy.

Its effectiveness has only increased in Iceborne, allowing the player to latch on to monsters and deliver powerful blows to the head.

However, its strength is also a massive flaw, since the Hammer becomes much less effective against anything other than a monster’s skull. It’s also limited to dealing blunt damage, making it practically impossible to cut off tails; of course, you can remedy this by joining players with severing damage.

GS thrives off of fully charged attacks that can stagger monsters after just a few hits. It can be difficult to wield due to how painstakingly long its attacks take to charge up.

Luckily, Iceborne remedied this by allowing you to use slinger bursts between charges to reach the final and most devastating stage.

While its great damage potential makes it a reliable choice for solo play, GS’s effectiveness drops in solo. Its saving grace is having access to the most damaging single strike in MH, making it the perfect alarm clock for sleeping monsters.

Sacrificing mobility for tremendous damage, HB is one of the more straightforward weapons: simply pick it up and point it at anything that moves.

Offering some of the highest damage output of any weapon, HB is great for speedruns, and it is potent against a wide selection of Iceborne’s monsters.

There’s no real downside to using HB in solo/co-op aside from limited ammo. While it’s blocking abilities may not be on par with the Lance or GL, it is still able to tank smaller hits.

When you factor in status-inducing ammo and artillery fire, HB stands out of as one of the best weapons around.

As one of the more technical weapons, SA is often overlooked in favor of more straightforward options. However, the unique design that allows it to transform from a giant axe to a sword seamlessly makes it excellent for combat.

The weapon has been improved since the base game, with Iceborne introducing two new techniques: fade slash, a mobility-enhancing swipe attack, and power axe mode, making it easier to flinch monsters.

SA’s versatility makes it equally suitable for both solo and co-op play as long as you’re careful not to flinch allies.

Although CB isn’t as overpowered as it once was, it is still just as viable in Iceborne. Serving as the yin to SA’s yang, the CB sees you building up energy with your sword before unloading it in axe form.

Additionally, CB users have access to a shield that comes in hand for deflecting attacks.

Given its technical nature, with some practice CB becomes a fantastic option for solo play, providing tools for blocking monster attacks and dealing significant damage with super amped elemental discharges.

However, its tendency to interrupt allies during axe mode makes it less ideal for co-op.

LB is a more agile version of HB, trading some firepower for improved mobility.

To compensate for the loss in damage, Iceborne introduces Wyvernblast mines, which are shot at the ground or at monster to deal bursts of explosive damage.

Its amazing utility makes it great for a co-op where teams can fully take advantage of status-inducing ammo. While its lower damage output makes it less perfect for solo, a skilled LB user can take on just about any threat with ease.

DB emphasizes dealing damage at all costs through a series of quick attacks that fill a Demon Gauge.

When maxed out, the Demon Gauge allows your weapons to hit twice per attack while consuming stamina much quicker. Unfortunately, the weapon hasn’t gained as many new tools in Iceborne, though we’d argue it doesn’t need any.

Despite its short-range, DB’s ability to deal consistently serious damage makes it powerful in both solo and co-op.

LS has only gotten better with Iceborne by gaining Iai Slash, a move which allows the player to either strike twice – and passively increase their spirit meter – or deal a single counter blow capable of refunding any spent meter if timed correctly.

It has secured the top spot on this list for dealing consistently significant damage and possessing the most counter maneuvers of any weapon in the game. Its effectiveness in solo is unmatched.

However, performing LS’s necessary set-up combos is more challenging to do with allies on the field. 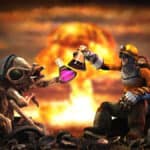