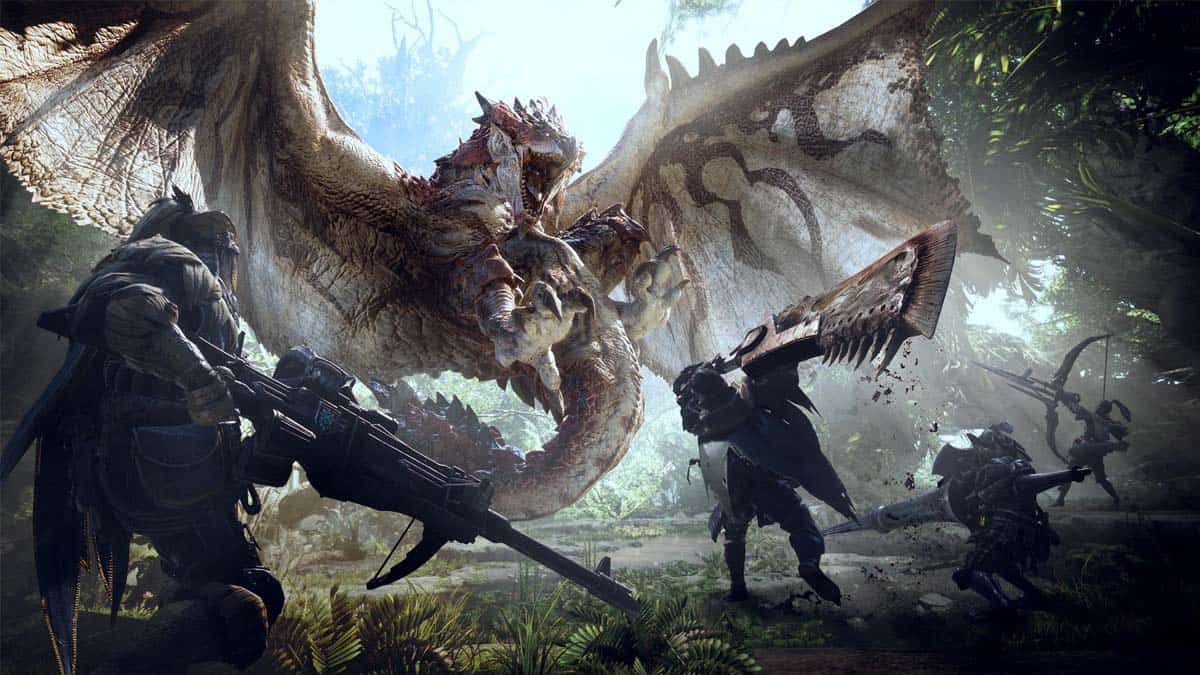 Monster Hunter has always been a franchise celebrated for its exciting monster-slaying combat system.

Enabling all this is the deep crafting and weapon system that rewards players who take the time to master them.

This time we shine the spotlight on the weapons of Monster Hunter World: ranking them from the best to the worst to use in solo and cooperative mode.

Note: Both lists are consistent with Monster Hunter World’s latest patch, including the Iceborne expansion. 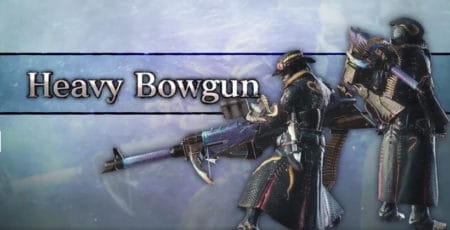 The heavy bow gun is the undisputed king of damage – risk ratio in the game. It boasts excellent damage while keeping the player relatively safe from incoming enemies.

This weapon’s drawbacks aren’t a huge issue as well. Ammo can be easily restocked in camp, and the reduced mobility doesn’t matter because the distance between you and the enemy is huge anyway.

The fact that it’s the only one in S-tier proves how far ahead of the other weapons the heavy bowgun is. 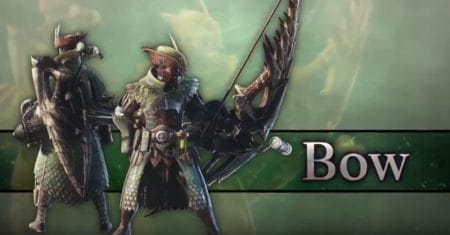 The bow relies on elemental coatings and trap arrows to damage opponents. It will never reach the raw damage output of a heavy bowgun but it is safer to use at a closer distance.

The problem with the bow is that certain monsters nullify the bow’s effectiveness (looking at you, Elder Dragon). 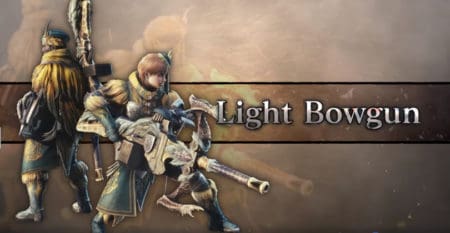 Unlike its heavier counterpart, the light bowgun relies on quick pot shots to accumulate damage over time. This is a beginner-friendly weapon that makes sure the player survives each encounter. 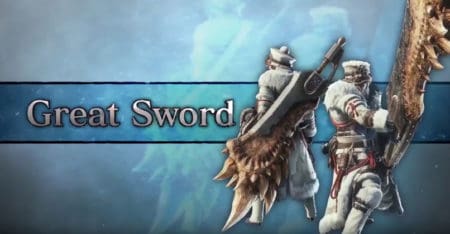 We finally have our first melee weapon on this list. Although, the great sword still boasts a ridiculous range due to its length.

This weapon is perfect for those who just want to face monsters head-on and decimate them with a variety of hard-hitting strikes.

The great sword is useful in solo play because it also gives emergency defensive fallbacks that could save the player’s life when the hunt goes awry.

On paper, the Switch Axe is a straightforward weapon. You build up energy in axe mode, then unleash it all when you switch to the sword. It should be easy – but the slow animations partnered with the clunky evasive maneuvers make this a difficult weapon to work with.

On top of this, the Switch Axe’s damage output is reliant on knocking down enemies first, which is quite a task if you don’t know what you’re doing. 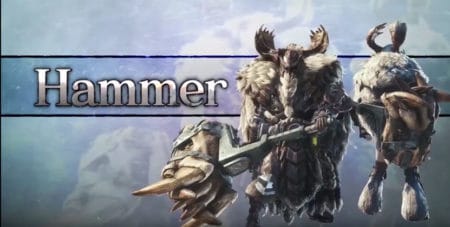 Hammer strategies are simple enough. You hit enemies to build up KO damage, then do raw damage when you knock the enemy down.

While the damage output is high, the hammer needs to land on a monster’s head most times to be effective. This often puts the player in a vulnerable spot. This problem is amplified because of the hammer’s poor evade animations.

Nonetheless, the hammer is a solid choice if you want to run through the game’s content on your own. 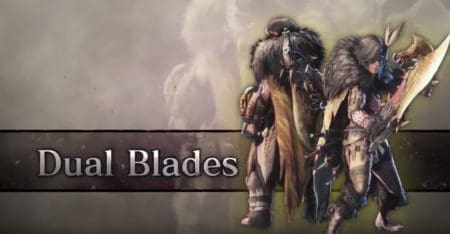 If you want a fast playstyle, look no further than the dual blades. As the fastest weapons in this list, these weapons allow you to move in-and-out of combat quickly to chip your opponents’ health.

Another great aspect of the dual blades is Demon Mode, where you charge up a meter to further boost your damage output.

The dual blades have a high skill cap, however. Forcing you to manage your stamina resource every second. You have to be precise with your movement as dual blades don’t have good defensive plays to fall back on. 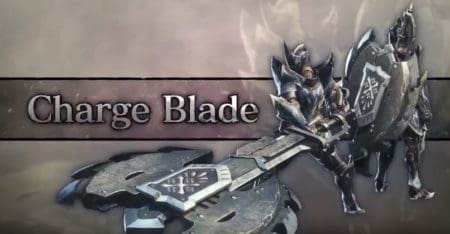 The charge blade is similar to the switch axe in a lot of ways. It also needs to stack up damage in one phase to unload more in the other.

The charge blade does offer more damage in its burst mode but suffers from the lack of defensive options. 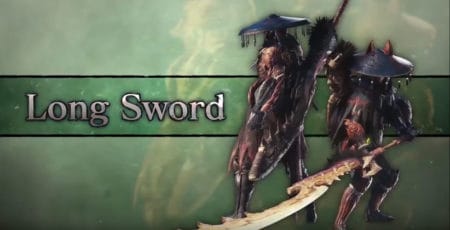 The long sword has pretty good mechanics with its counter and Swordsman Spirit bars. You can charge this bar up to pad onto the already great damage output of the weapon.   The challenge to all this is a playstyle that relies heavily on precise movements with minimal errors.

Don’t expect to be good at countering enemy attacks when you start. Note, however, that it is worth practicing because the long sword is one of the most satisfying weapons to use. 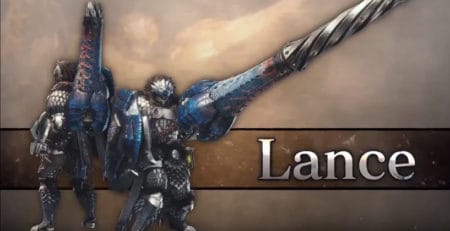 The lance is useful for those who value strategic play. It forces you to keep attacking the enemy’s weak point throughout the fight.

The lance also has several defensive options and counters that protect the player in tough fights. It’s a safe weapon, but don’t expect too much damage from it. 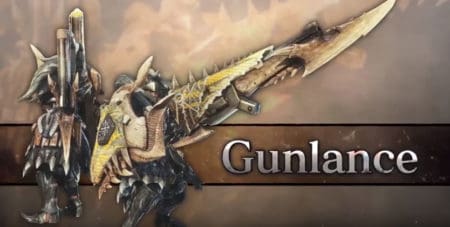 This weapon sets itself apart from the lance through its explosions that can deal a ton of damage to the right monsters. It still has a good defense and proper shielding mechanics, but evasion is a chore with this thing. 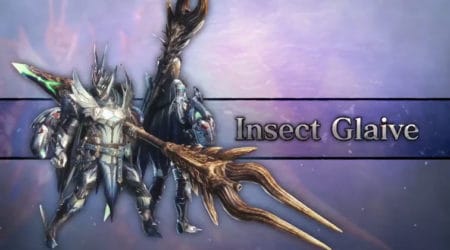 Nobody could argue that the insect glaive is one of the most graceful weapons in Monster Hunter World. There’s plenty of ways you can approach a battle because of its aerial mechanics. With its high maneuverability, it’s also easy to fall back and reset if you’ve made a mistake.

Even in Iceborne, the glaive does still feel a little gimmicky at times. There’s little incentive to take to the skies because of the nerfed damage. Collecting essence is also an added layer of resource management that you have to look out for. 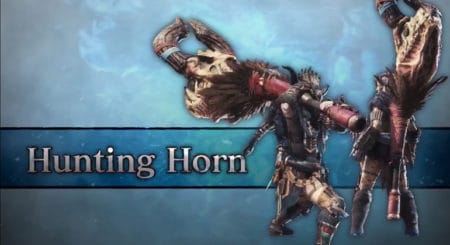 The horn seems like it was made with only multiplayer mode in mind. There are far more efficient weapons in a solo playthrough that you can try.

Its redeeming quality for solo play is its KO damage, which racks up the longer you stay in a fight. 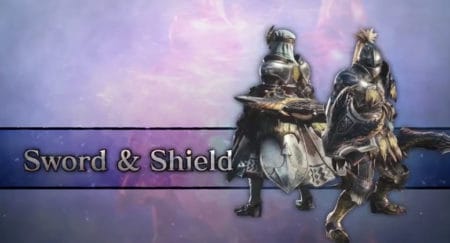 This weapon combo severely lacks in the damage department for solo play. You can’t speed run anything while using this. Fights will always seem longer, albeit a bit safer.

Multiplayer is where this weapon truly shines.

Yes, we can safely consider the heavy bowgun as the best weapon in Monster Hunter World overall. It’s already powerful for solo play but is another type of beast in multiplayer.

With other players taking the attention from you, you can focus on your maximum damage output and inflicting status effects. If the monster does target you, the heavy bowgun has a good defensive fallback in its shield. It truly has no weaknesses regardless of how you play.

We weren’t kidding when we said this weapon shines in multiplayer.

Without the pressure to contribute the largest damage output, the sword and shield set instead focuses on supporting the entire party. It can do almost everything: stun, cut tails, and inflict status effects. It also has great defensive options if you ever catch yourself isolated from your team.

The hunting horn is an excellent addition to your squad in multiplayer. Its primary focus is buffing and healing your allies, but it also has utility outside of this thanks to its KO and exhaust damage.

The sword and shield outclass the horn in utility, but the hunting horn trumps everything else in terms of pure support.

The switch axe benefits from having additional party members around you through increased explosion procs.

This weapon is perfect for an all-melee party. Due to its poor evasive options, however, it struggles when it’s the only short-ranged weapon in the squad.

The light bowgun performs far better in multiplayer than in solos. With great mobility, utility, and damage, you can easily help your team with minimal effort.

You can utilize it as a damage source or debuff machine and it will still be valuable.

With other hunters beside you, the insect glaive becomes a far more potent weapon. You can use it to get the drop on enemies – essentially giving your team a quick advantage.

Its damage output can be buffed to decent numbers especially when you have hunting horn mains in the party. Overall, it is a solid weapon choice, assuming you don’t mind managing essences all the time.

The bow provides great utility in multiplayer by inflicting status effects. Be careful though, as precise aiming is needed to avoid hitting your teammates.

The hammer in solo mode is decent enough. While playing with other people, however, it becomes harder to control. The hammer’s damage output relies on your ability to hit the target’s head – something difficult to do in multiplayer where the monster cycles through targets every time.

The hammer can also knock your squadmates off, making it a bad weapon for all-melee squads.

The lance gives good utility to your party because of its ability to cut tails and charge the target. Other players prefer a lance main to a hammer one because its thrusts don’t hit party members as often.

With its sweeping attacks in axe mode, the charge blade is a nuisance to other players in your party. Skilled parties still look for charge blade players mainly because of the insane damage potential that is useful for speed-running content.

A great sword in multiplayer does only one thing: and that is to damage the opponent. This linearity is the reason why you don’t see much of this weapon in multiplayer content.

Because of the size of the explosions, the gun lance is an absolute nuisance in multiplayer mode. Its only upside is the damage – which you can also get from other weapons.

The things that make the long sword great in solo play are unfortunately what drags it down in multiplayer.

Counters aren’t a good source of damage anymore because the enemy does not focus on you as much. Swordsman Spirit intrudes on your team’s combos and placement as well.

The dual blades are only used in multiplayer to deal focus damage on an enemy’s flank or rear. Its short-range handicaps most party strategies so it’s not worth bringing as part of your squad.