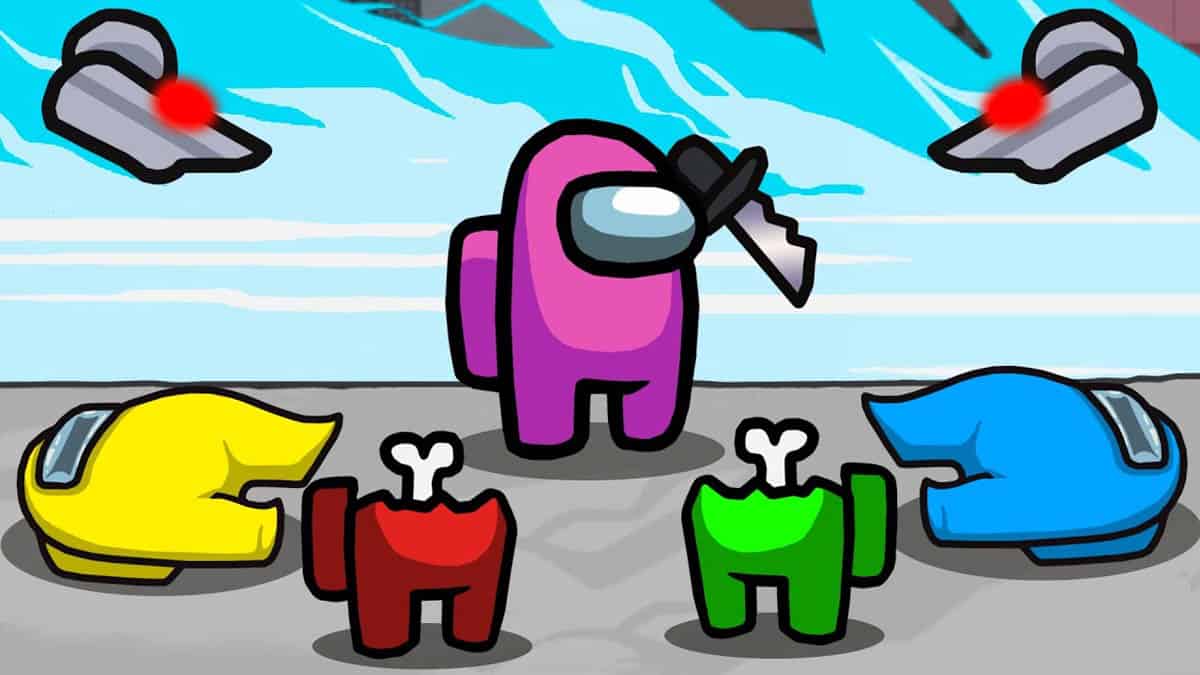 Among Us is an online multiplayer game meant to be played with 4 to 10 players. Depending on the host’s settings, 1-3 people are randomly selected to be the Imposters, while the rest are labeled innocent Crewmates.

The Imposter’s job is to avoid suspicion, pit the Crew against one another, and eliminate players one-by-one until the Imp’s hold majority control.

While the game keeps things somewhat balanced by having the Crew outnumber the Imposters, it’s generally much easier to win as the Imposter.

That being said, a well-coordinated crew can easily sleuth out the killer in a matter of minutes if you and your fellow Imps aren’t careful.

In this guide, we’ll offer tips and best practices for winning as Imposters in Among Us.

Among Us Tips For Winning As Imposters

To win as an Imposter, you’ll need a solid strategy and a bit of luck. The game provides many tools for Imps to take advantage of, so it’s important to familiarize yourself with each one.

Below we’ve highlighted the most useful tips for sabotaging the Crew and scoring a win as the Imposter:

Get Crewmates To Trust You

One of the best ways to slip by undetected in a game is to earn the Crew’s trust. You don’t have to be buddy-buddy with everyone, but make sure at least 2-3 players will vouch for you in the event you’re accused. This is much easier to do in a game with 3 Imps, but it’s still possible if you’re the only Imposter.

To do this, you’ll have to behave just like any normal Crewmate would. Participate in discussions, vote for players the Crew deems as “sus,” and generally just try to go with the flow without drawing too much attention to yourself.

It can also help to take on the persona of an inexperienced player who’s new to the game and is unsure who to vote for or what to do.

This next tip builds off the previous one and can help establish trust between you and the Crew. Since only Crewmates can complete tasks, you can score yourself some points with the other players by convincing them you’re actively doing tasks. To fake a task, simply stand still in the area where the task would normally be done for some time.

It can be tricky to gauge how long to fake a task, but ideally, you want to stick around until a Crewmate completes one of their tasks and the meter partially fills.

This can help sell your performance and throw suspicious Crewmates off your scent. Avoid faking visual tasks since they can easily be monitored by other players.

Use Your Sabotage Ability Wisely

One of the Imposter’s most useful tools is the Sabotage ability, which lets you temporarily disrupt equipment throughout the ship. You can sabotage doors to make them close, take Communications offline to hide the task bar, turn off the lights, overload the ship’s reactor, and drain the oxygen supply.

It’s best used to split up groups of players but can also earn you an easy win if the Crew doesn’t address the issue fast enough.

While there’s no limit to the number of times you can use Sabotage, it does have a cooldown after each use. Additionally, since Sabotage is shared between the Imposters, you’ll have to wait a while after a fellow Imp uses it.

Plan Out Your Kills And Escape Routes

Once you manage to get yourself alone in a room with another player, make sure to have an escape mapped out in your head. The last thing you want is for a Crewmate to come strolling in and find you standing next to a fresh kill.

There are several ways to go about things: you can flee to another part of the map before someone discovers the body, use a vent to travel to a nearby room, or self-report and try to accuse another player.

As long as you make a clean escape and have a solid alibi, you should have no problem getting away with it.

Go For Stack Kills When Possible

If you like to play dangerously, you may want to try going after stack kills. Here’s how it works: whenever 4 or more players are standing in the same spot and one dies, it’s virtually impossible to tell who killed them. So why not take advantage and snag yourself an easy kill?

The best way to get Crewmates to stack is to Sabotage equipment, since it typically draws everyone to a single location.

Sabotaging the lights is most effective due to the decreased visibility and length of the repair mini-game. To truly sell your performance, try to act just as surprised as the Crew when the body is discovered.

Pay Attention To The Cameras

In all the chaos of sabotaging equipment, traveling through vents, and faking tasks, it can be easy to overlook one of the most valuable resources in the game: the cameras.

Located in the Skeld’s Security room, cams allow the viewer to see a live feed of three hallways: the one outside Navigation, the one between Security and Reactor, and the one outside Medbay.

You can use the cams to get a good idea of where players are at any given time. However, it’s also a double-edged sword, since other players can use it to catch you red-handed.

We recommend you avoid killing in hallways altogether, but especially when you see the red light on the camera blinking, indicating someone is watching.

Anytime an Emergency Meeting is called, it’s your job to nudge the conversation in a direction that takes the focus off you and onto another player. Start by asking where the body was discovered, then inquire about everyone’s location and most recent task, all while sticking to your own alibi.

If another player is being overly aggressive or voting too quickly, bring it to the Crew’s attention in the chat.

Considering how loose and fast accusations fly in Among Us, you also don’t want to rush to ganging up on a particular Crewmate, since doing so only draws attention to yourself. Instead, demand accusers to provide proof regardless of who they suspect.

Be Careful Who You Accuse

This final tip expands upon the last one but is more about knowing when and where to pick your battles. Suppose a player keeps accusing you during each meeting. In that case, you’re better off just presenting your defense than going on the offense, since doing so makes you more suspicious.

An innocent crewmate would be open to hearing both sides of the situation and even willingly admit when they did something “sus.”

If you’ve managed to earn the trust of certain Crewmates, try to prevent them from getting voted off too early, as you might need them to tip the vote in your favor down the road.