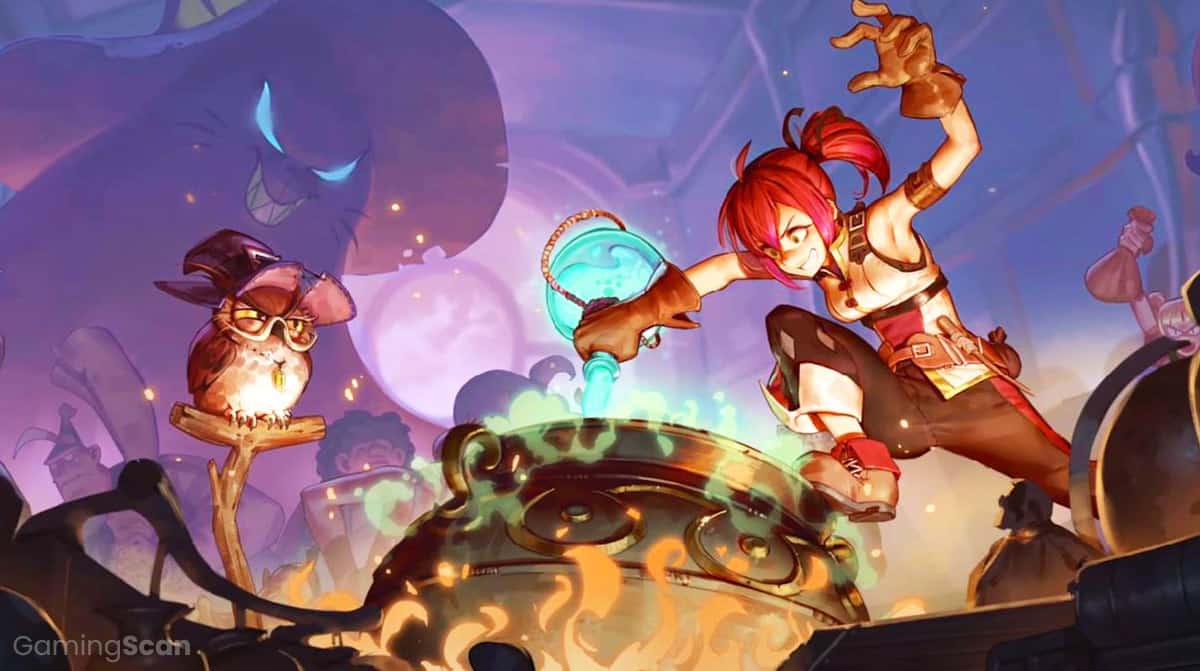 Whether you’re an alchemist, legendary hero, or gamer sitting in front of a computer, potions are essential to staying in the fight and enhancing your power.

While some games let you buy them pre-made in fancy-looking bottles, others require you to craft potions yourself using an assortment of ingredients from your local enchanted forest.

In this list, we’ll highlight the best potion crafting games on Steam, PlayStation, Xbox, and Nintendo Switch that let you create magical mixtures to your heart’s content.

This includes potion crafting sims and fantasy games and where making elixirs, tinctures, and tonics are a core part of the gameplay experience.

Kicking things off, we suggest potion fanatics pick up Potionomics, a mix of potion crafting, dating sim, and deck-building gameplay in one visually-impressive package.

The premise for this game is as follows: you’ve inherited your uncle’s old potion shop and must pay off his outstanding debt by selling potions and winning competitions.

To elevate your concoctions, you’ll have to seek out high-quality ingredients and equipment from other vendors in town that can also be courted using gifts of affection.

The game also features a haggling mechanic that sees you strategically upselling your wares to customers in hopes of maximizing your profits.

Next up is Potion Permit, a relaxing blend of RPG and life sim gameplay with retro pixel art, cozy characters, and potion-brewing fun.

In it, you take on the role of a chemist sent to a small village to help treat various illnesses using natural ingredients found in each of its regions.

The catch here is that most of the residents aren’t too trusting at first, requiring you to win them over by crafting effective concoctions and pitching in around town.

Brewing potions is represented by a puzzle mini-game where you must fill in a board using blocks of different materials until the correct shape has been achieved.

If you’ve ever dreamed of becoming an alchemist, Potion Craft is about as close as you can get without worrying about the FBI knocking down your door.

Billed as an authentic “alchemist simulator,” it sees you crafting mixtures from exotic materials and selling them in your medieval potion shop.

There’s a great deal of freedom in deciding how you do business, as local townsfolk will make requests for certain potions and can be haggled with to get more money.

In between orders, you’ll have the chance to experiment with different herbs, spices, etc. to discover new concoctions as well as tend to your own personal garden.

Together, you’ll open up an alchemy shop and get to work growing and combining exotic fruits, powders, and herbs into magical elixirs for picky customers.

At the end of the day, you’ll receive a chunk of gold for all your effort that can be used to unlock new characters with special traits to take your shop to the next level.

However, you’ll also have to keep an eye out for dangerous jelly monsters and thieving crooks who will try to steal your powerful concoctions.

Next up is Wylde Flowers, a story-driven farming and life sim that casts you as a witch-in-training on a journey to hone her magical skills while tending to a farm.

As you would expect, this includes learning how to brew potions and cast spells as well as care for crops, animals, and a host of other activities.

The game features various shops where players can purchase ingredients and materials for all their potion crafting needs along with tools, furniture, and other decorations.

Over time, your character will get to know each character in town and have the option to romance certain ones by talking and giving them gifts.

Another witchy-inspired game that prominently features potion crafting as part of its gameplay is Wytchwood by Alientrap and Whitethorn Games.

Billed as a crafting adventure game, it casts you as the old witch of the woods living in a land of gothic fables and fairytales.

Each day, you’ll explore a strange countryside collecting magic ingredients to brew sorcerous spells and pass judgment on a host of unique characters.

The game has a storybook art style that’s further complemented by story-rich dialogue and the ability to gather, grow, and craft bizarre ingredients for various potions.

In Spellcaster University, you take on the role of a director of a magic university and must build your school while managing a budget, recruiting professors, and training students.

This includes leading classes on the art of potion making along with other studies like spell casting, necromancy, and dungeon crawling.

Gameplay revolves around a card-based system wherein different decks reflect the shape your school will take by the end of a given run.

To get the most potion-centric experience, we recommend picking the Alchemy Deck, which boosts the production of mana and potions at your protégés disposal.

In it, your character stumbles upon long-forgotten ancient recipes and sets out to become the most powerful alchemist in all of history.

With help from your mentor, you’ll expand your alchemical knowledge and experiment with a wide array of ingredients to discover new recipes.

As you improve, so too will your lab, allowing you to craft increasingly complex and powerful potion orders that will put your alchemic skills to the ultimate test.

Rendered in colorful and cartoony graphics, Alchemy Garden is a sandbox potion crafting game that has you growing ingredients to combine and sell at your very own shop.

This is done by exploring the world, harvesting plants and minerals, and experimenting to unlock new recipes to sell to your customers.

The price of goods depends on the state of your shop, so you’ll want to make sure to keep it well stocked with a good selection of items and decorate your surroundings.

Throughout the game, you can also decorate your garden with fencing, lights, and fountains, as well as take on commissions from villagers, haggle with customers, and expand your land.

Alchemist: The Potion Monger is a first-person potion-crafting RPG sim with casual and relaxing gameplay that sees you exploring a magical world.

Taking your alchemic skills beyond the confines of your lab, you’ll interact with a host of characters with unique needs that call for tailor-made concoctions.

Only by asking the right questions and gathering the correct ingredients will you be able to solve their problems and turn a profit.

The money you earn can be spent on upgrades for your home and lab, allowing you to unlock new tools and explore the darker side of alchemy with demonic altars, holy waters, and time-altering sands.

Being successful in the potion-making business requires you to carefully manage resources, production lines, and mixing processes to stay one step ahead of the competition.

So to round out our list, we recommend picking up Potion Tycoon, a management sim tycoon game with a witchy twist that sees you building and running your very own magic shop.

This entails plenty of leg work to track down the best ingredients for creating new potion types with powerful properties like healing, summoning, and invisibility.

At the same time, you’ll have to keep your prices competitive, research and construct new machinery, and fill up your shop with lovely furniture to attract big spenders. 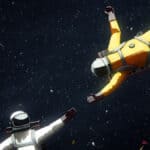