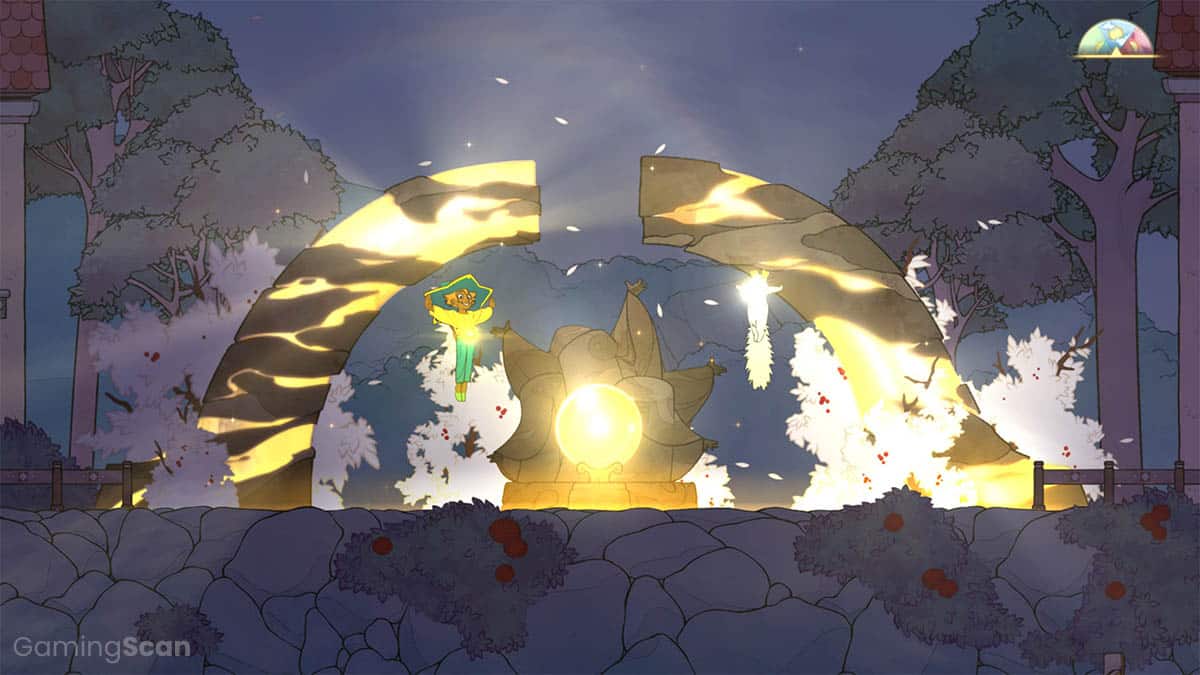 To advance in Spiritfarer, Stella must learn new skills by visiting various shrines throughout the world.

In this guide, we’ll show you how to unlock abilities and list all the shrine locations for Double Jump, Glide, Zipline, Bounce, Dash, Light Burst, and the Improved Tools upgrade.

Spiritfarer How To Unlock Abilities

Abilities can be unlocked by visiting shrines on certain islands. Each shrine requires an offering of 2 Obols, which can be obtained from Spirits when they first board your ship and when they leave for the Everdoor.

You’ll occasionally reach a new shrine before Stella has acquired the necessary amount of Obols. In that case, you should keep searching for new Spirits on other islands and try to complete tasks for any that are already on your ship.

Spiritfarer All Shrine Locations And Abilities

There are a total of 6 abilities in Spiritfarer and one upgrade for Stella’s tools. Here, we’ll be listing each one along with the location of their shrine.

One of the first abilities Stella learns is Double Jump, allowing her to reach greater heights. You can unlock Double Jump by visiting the shrine in Hummingberg (X: 39, Y: 139) early in the game. First, you’ll need to obtain 2 Obols by completing Gwen’s tasks and getting Atul to join your crew.

The next ability can be learned by visiting the shrine in Furogawa (X:-150, Y: 67).  Glide allows Stella to stay in the air longer by holding the jump button. She can also use air drafts to go even higher. It also requires an offering of 2 Obols.

By now, you’ve probably come across wires connected to posts on different islands. Stella can actually travel on these wires using the Zipline ability. To unlock it, go to the shrine located in Nordweiler (X:-3, Y: 185). Once you learn Zipline, you will be able to build a wire structure on your boat to hone your skills.

There are other objects that Stella can interact with, such as umbrellas, dumpsters, and window awnings. The Bounce ability lets Stella jump increasingly higher by pressing the jump button right before she lands. It can be found at the shrine in Oxbury (X: 233, Y: 18).

After you’ve unlocked the Mist Cleaner 1000 and Rock Destroyer upgrades for your ship, make your way to Greymist Peaks (X: 216, Y: 96) to obtain the Dash ability. By this point, you should also already have the Glide and Zipline abilities to reach the shrine located in the top right section of the level.

Dash allows Stella to propel herself forward a short distance by holding down L2/left-shift while running or jumping.

The next ability allows Stella to channel her Everlight to create a burst of light around her using R2 or Q. You can find it by traveling to Hikarishima Lighthouse (X:-137, Y: -14) after learning the Bounce skill. Locate the Spirit there and follow their quests to reveal the coordinates for the Hidden Shrine (X:-185, Y:-92).

While technically not an ability, the Improved Tools upgrade can be obtained by visiting the Lost Shrine towards the end of the game. To reach this shrine, you’ll need to have the Mist Cleaner 1000 upgrade and purchase a treasure map from the traveling merchant Francis.

Eventually, one of Francis’ maps will point you in the direction of the Lost Shrine (X: 220, Y: 167). As its name suggests, the Improved Tools upgrade prevents your tools from breaking as easily. It also gives Stella a chance of finding gems while mining. 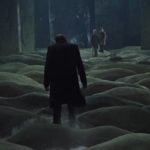