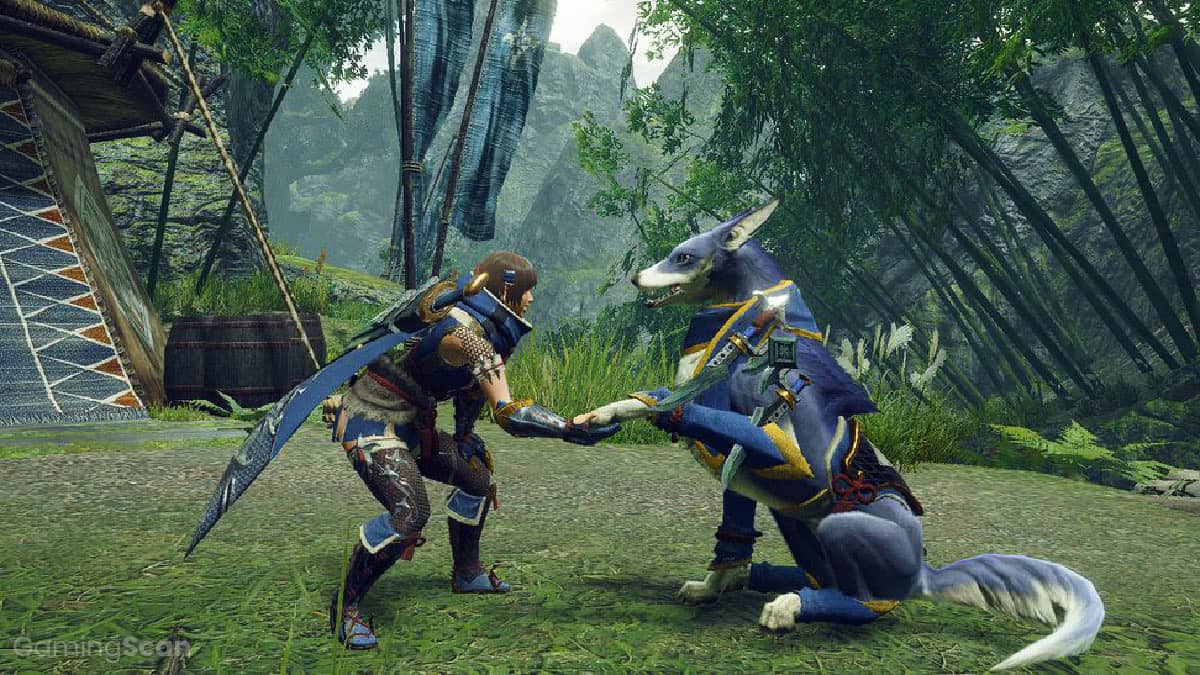 Much like in real life, pets in video games serve as trustworthy companions with the power to lift your spirits whenever you’re feeling down.

Many of the best pets in video games take things even further by lending a hand in battle or helping you traverse the world.

In this list, we’ll celebrate these furry friends with a list of the best video game pets ranked by both their cute factor and helpfulness.

So strap in and get ready to have your heart melted as we countdown the greatest video game pets of all time!

Making his first official appearance in Super Mario World for the SNES, Yoshi is one of the most iconic pets in gaming history.

Originally, Yoshi’s role was limited to serving as a mount for both Mario and Luigi but later games have expanded his abilities considerably.

This includes several solo games that see the green dinosaur setting out on his own adventures across the Mushroom Kingdom.

The only reason we haven’t placed him higher is because Yoshi no longer functions as a pet but rather as a standalone character. 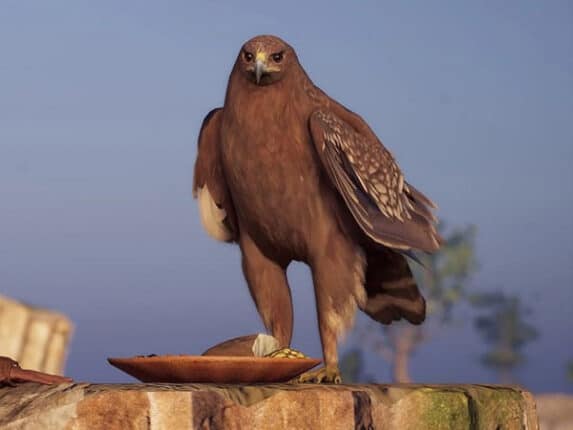 Eagle companions have appeared in both Assassin’s Creed Origins and Odyssey and provide players with a bird’s eye view of a given area, also known as “Eagle Vision.”

While Senu may be the first Eagle to appear in the series, the fact that Odyssey is set before Origins means Ikaros came first, chronologically.

Regardless of this minor detail, both birds function pretty much the same mechanically and can highlight enemies and resources by marking them on the mini-map.

Ikaros’ inclusion in Odyssey shows Ubisoft’s close attention to detail as similar mechanics have appeared in countless games without so much of an in-lore justification. 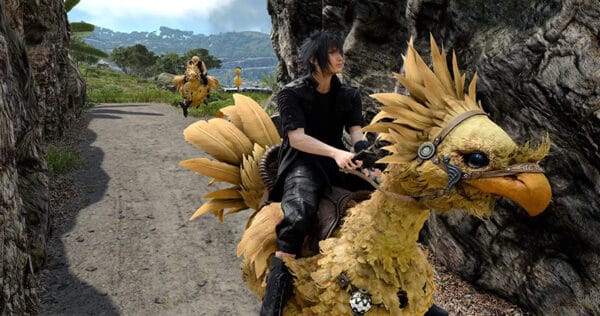 Despite being a standard feature offered in most fantasy RPGs, mounts can come in all shapes and sizes, including oversized birds.

Such is the case with Final Fantasy II, which introduced players to the fleet-footed fowls known as Chocobos that have appeared throughout the series ever since.

Not only can Chocobos move at incredibly fast speeds, but they’re also known to be affectionate with human characters as well as each other.

This sentiment has been echoed by Final Fantasy fans that have long since embraced Chocobos as a staple mascot of the series. 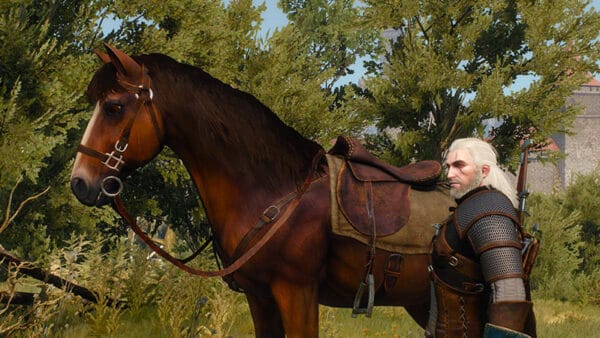 Appears in: The Witcher

As impressive as Witchers’ combat abilities are, they sure lack imagination when it comes to naming pets, as evident by Geralt’s insistence on referring to every one of his horses as “Roach.”

The Witcher 3 spices things up in this regard, assigning you one “true” Roach to join you throughout your journey in the game.

During your many travels, you can look after Roach in several ways, including outfitting her with different saddles and blinders that impact performance.

Considering the sheer number of hours the two spend together, it’s hard to imagine Geralt and Roach not sharing some sort of bond despite a lack of outward affection. 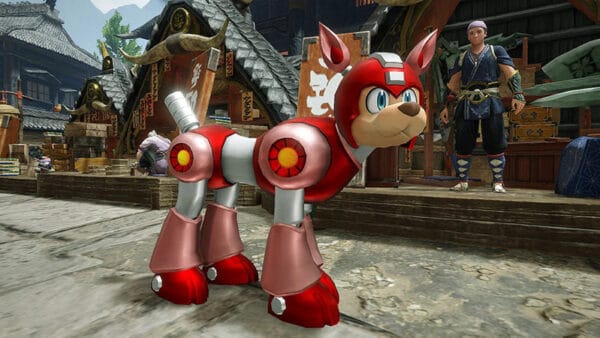 The first mechanical mutt to grace our list, Rush serves as both a trusty robotic sidekick and dog companion throughout the Mega Man series.

Armed with mechanical shape-shifting abilities, Rush can transform into a robo-trampoline, hoverboard, and submarine, just to name a few examples.

Doing so allows Mega Man to reach new areas, dodge incoming attacks, and get to his next destination quickly and efficiently all while looking cool.

Rush’s design is so lovable that Capcom has found a way to sneak him into various crossovers, including cameos in Monster Hunter Rise and Super Smash Bros. Ultimate.\ 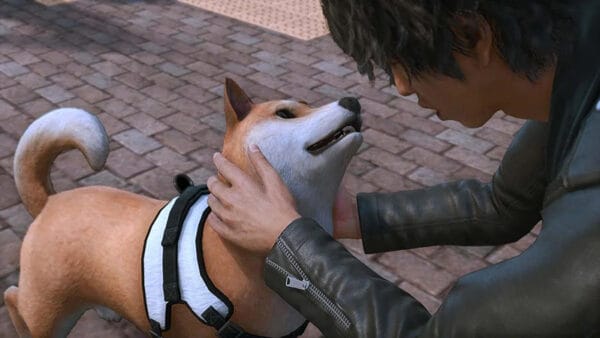 Easily the most adorable character in Lost Judgement, Ranpo is a canine detective with the ability to sniff out crime and stay on its trail.

Pretty talented as far as dog tricks are concerned but this swanky little Shiba Inu doesn’t stop just there.

When prompted, Ranpo will sniff out useful items and rewards and is even known to attack criminals attempting to flee the scene.

The best part is your adventures together aren’t limited to just crime-fighting, as Yagami can bring Ranpo along for casual strolls around Isezaki Ijincho. 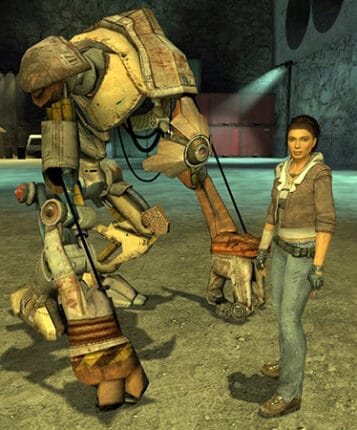 What better way to protect your child from the dangers of City 17 than to make her a robot dog using junkyard scrap?

Such was the thinking behind Eli Vance’s idea to construct the aptly named D0g, a mechanical companion who follows Alyx everywhere she goes.

While D0g’s model has been replaced and upgraded throughout the years to keep up with Alyx’s growth, it remains just as loyal and powerful as ever.

These are the kind of qualities you want in a pet, especially when facing deadly Striders or finding yourself trapped inside the Citadel. 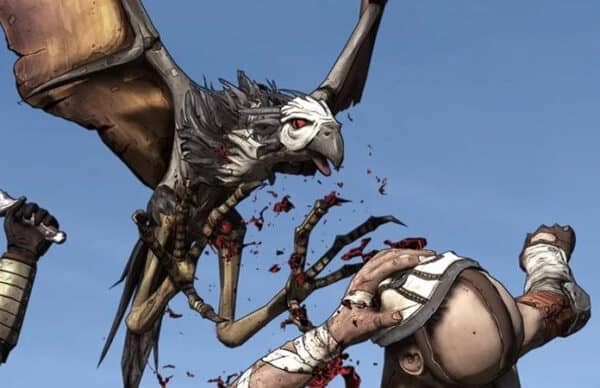 While some prefer to play the Borderlands games with friends, those going it alone can still find solace in picking Mordecai as their character.

As part of the hunter’s kit, Mordecai is joined by his trusty sidekick Bloodwing, a deadly mutant eagle with the ability to seek out and viciously murder enemies all on its own.

This makes him not only the perfect video game companion but also a reliable tool for solo vault-hunting across Pandora.

Bloodwing will even keep the player company in between battles, ensuring you never feel too lonely out in the wasteland. 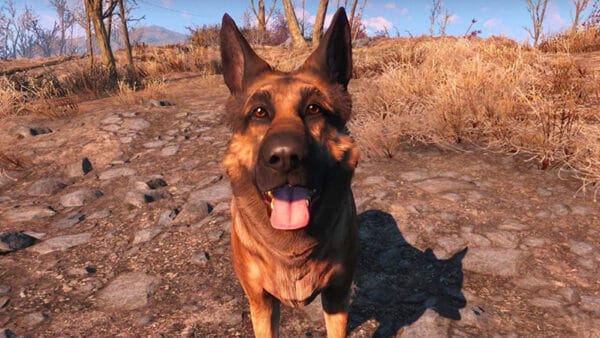 Fallout is another video game series that tasks players with exploring post-apocalyptic wastelands teeming with danger, discovery, and death.

As loom and gloom as this sounds, one shining beacon of hope still exists in the form of Dogmeat, a pooch of a companion that’s appeared throughout the series.

In the original game, Dogmeat would only follow the player but in later entries, he’s capable of following commands, lending a hand in combat, and even providing additional storage.

Even if such feats are possible with every Fallout NPC, for our money, nothing beats trekking around the wasteland with man’s best friend. 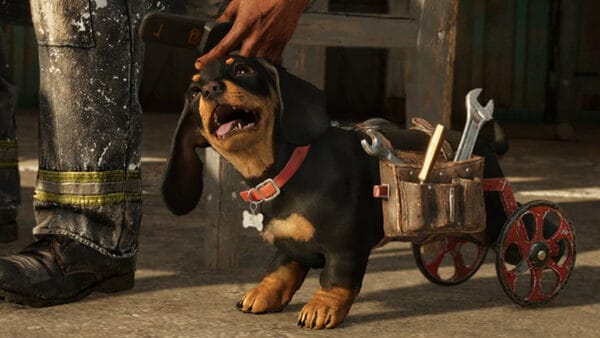 Later entries in the Far Cry series have placed a big focus on animal companions, with Far Cry 6 featuring one of the cutest pets to date, Chorizo.

Obtainable by completing an extensive fetch quest and cooking his favorite meal, this adorable wheelchair-bound Dachshund is a tremendous asset in battle.

His adorable disposition allows him to distract and disarm enemies long enough for the player to swoop in and finish the job.

If that doesn’t sound useful enough, Chorizo will also heal the player anytime they pet him (as if we needed a reason to). 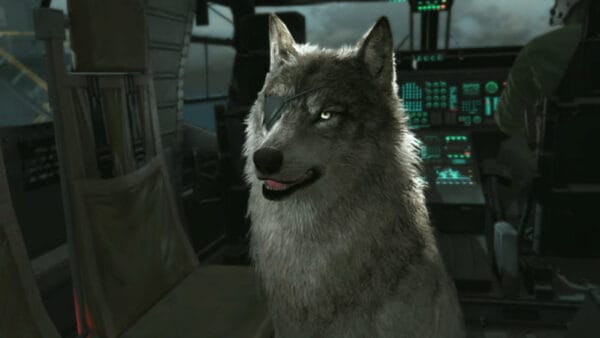 D-Dog is another lovable video game doggo that we’d bite our own tails to have join us during a covert mission.

Appearing in MGS V: The Phantom Pain, this edgy canine has a troubled past that involves losing his eye and being abandoned as a puppy.

No doubt recognizing the similarities between them, Venom Snake adopts D-Dog as his own, and the pair begin working together in the field.

While with Snake, DD will actively sniff out guards and plants, bark to warn of any nearby enemies, objectives, animals, weapons, or hostages, and even “mark” his territory. 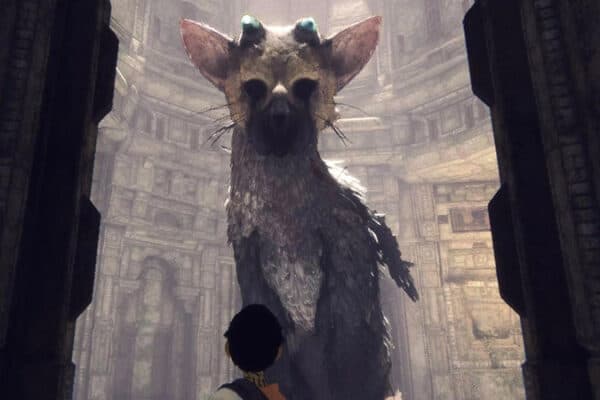 Appears in: The Last Guardian

Presented as a flashback from an old man, The Last Guardian tells a gripping story about the bond between a boy and his unlikely pet.

We say unlikely as we can’t imagine many kids have what it takes to tame a creature as giant as Trico, a hybrid beast with the face of a dog, body of a cat, and wings of a bird.

However, the two end up clicking almost instantly before embarking on an emotional rollercoaster of an adventure filled with many hurdles and triumphs.

As things progress, the duo’s massive size difference becomes a core gameplay element, with most puzzles requiring them to work together. 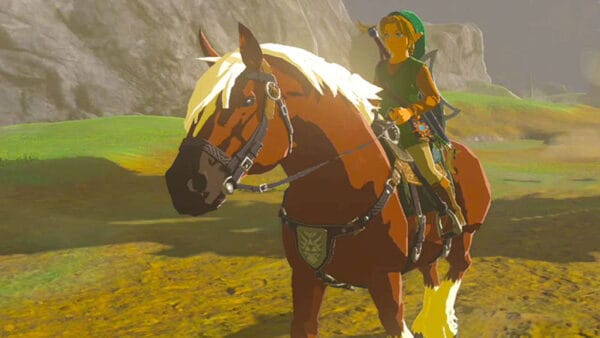 Appears in: The Legend of Zelda

Without a doubt one of the most beloved video game pets of all time, Epona has been a faithful companion to Link throughout his many adventures across Hyrule.

She first appeared in Ocarina of Time as Link’s steed, allowing both him as well as the player to experience true freedom in a fully realized 3D environment.

Despite each Zelda game being set hundreds of years apart, the loyal mare manages to always find her way back when our hero needs her most.

The bond the two share allows them to pull off larger-than-life feats to outrun mythical beasts, gallop across bodies of water, and jump over the occasional fence. 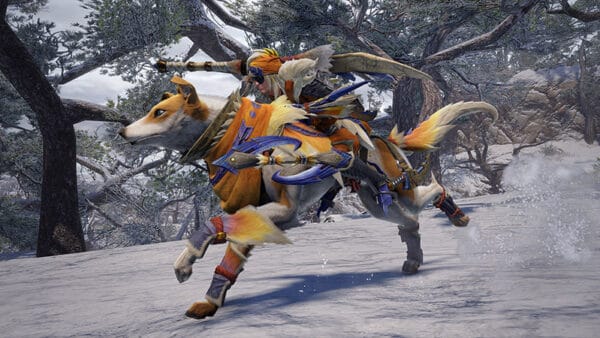 Monster Hunter Rise is known for introducing several new combat and traversal mechanics to the action RPG series, much to the delight of longtime fans.

Chief among these new additions are Palamutes, new dog-like companions that players can hop on to quickly travel around the environment without consuming stamina.

During combat, your Palamute will synchronize its attacks with your own and can even carry out basic commands.

Much like their Palico counterparts, Palamutes can be customized to the player’s liking to create a distinct-feeling companion to bond with over countless hunts. 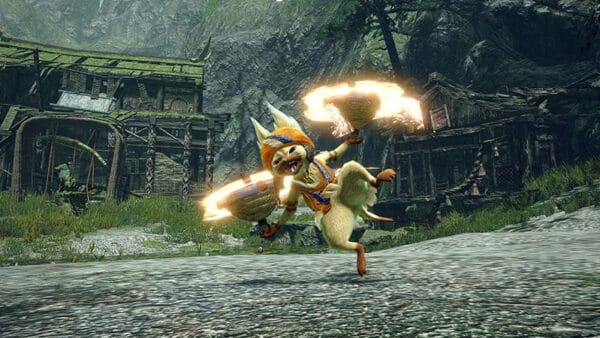 While it may seem like a cheat to include two pets from the same franchise, there are a few key differences that secure Palicoes their own spot on this list.

For one, they’re portrayed as being much closer to humans throughout the Monster Hunter series, with some Palicoes even assigned crucial roles such as Engineer or Chef.

This, coupled with the fact that they play a much larger role in hunting monsters makes them a cut above Palamutes, at least in our eyes.

We may see future games expand on Palamutes’ functionality but in the meantime, we’ll count on these anthropomorphic felines to save our butts every quest. 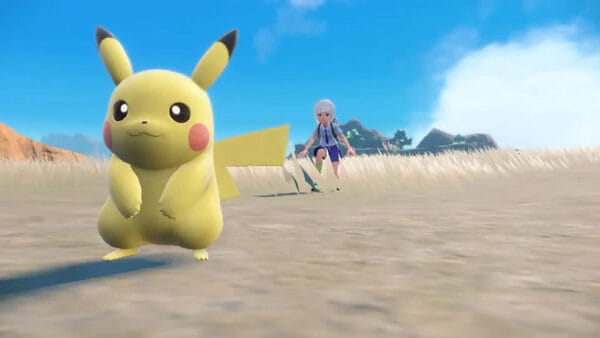 Last but not least, this list wouldn’t be complete without mentioning the most recognizable video game pet of all, the electric rodent Pikachu.

Having been around since Generation I, Pikachu has seen a lot of other Pokémon come and go but has always remained by Ash’s side.

Admittingly less prominent in games following Pokémon Yellow, Pikachu can still be a valuable asset to any Pokémon team as it boasts an impressive 90-base speed.

With that said, there are much stronger and unique-looking Pokémon, so feel free to swap out Pikachu with any one that you prefer. 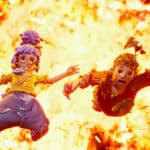