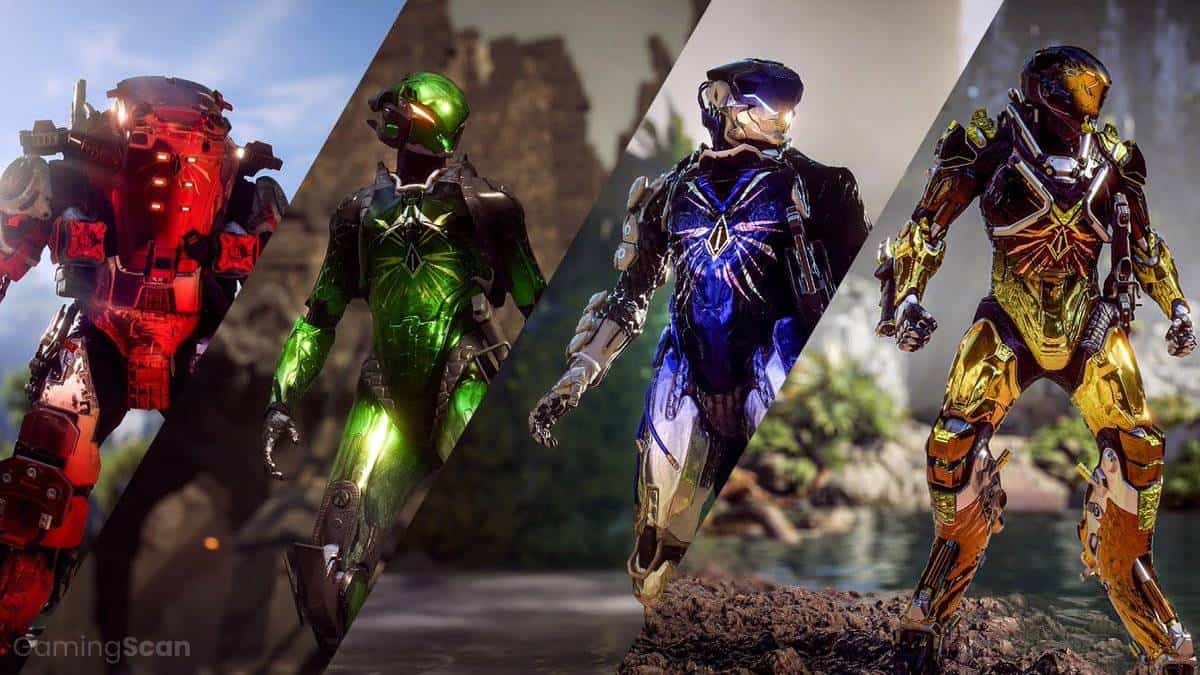 So you’ve decided to become a freelancer? Well, you’ll find yourself in good company. Anthem is an action RPG “looter shooter” in the same vein as games like Destiny and Warframe.

However, what makes Anthem stand out is its unique traversal, which fulfills every Iron Man fantasy you’ve ever had. Unlike Destiny, Anthem emphasizes abilities over gunplay. Timing your abilities in tandem with your teammates is crucial for taking down more powerful enemies, especially on the higher level of difficulty.

We know you’re eager to hop into your Javelin and start exploring, but before you do so, there’s some information you should know to get the best experience Anthem has to offer. That’s why we’ve compiled a list of tips and tricks to get you started. Make sure to check out our other Anthem guides:

While you’ll eventually have access to all four of the game’s Javelins, you’ll most likely prefer one over the others. Therefore, it’s essential to know beforehand which of the four classes best fits your preferred playstyle.

The Colossus Javelin is a powerful tank that comes with a huge health bar and defensive options in the form of a shield. Your main goal as the Colossus is to draw aggro from enemies away from your allies and towards you.

Support abilities like Battle Cry, which taunts enemies and causes them to attack you, helps to accomplish this. While the Colossus is the weakest when it comes to flying, it is also the only Javelin capable of wielding Heavy Weapons like Railguns and Mortars.

The Interceptor Javelin could best be described as an Assassin, quick and deadly, but not able to take as much of a beating as the other classes. This Javelin is perfect for players who prefer fast-paced combat and don’t mind having to duck in and out of battle repeatedly.

The Interceptor has access to three jumps, more than any other class, and can easily dodge incoming fire due to its agile nature.

While this class has the highest potential for outputting damage, it’s also the least forgiving class thanks to its low health and armor. With a majority of the Interceptor’s abilities focusing on close range, you’ll have to continually get in the enemy’s face if you want to make a dent in their health bar.

The Ranger is the “jack of all trades,” Javelin, capable of fulfilling several roles and versatile enough for many playstyles. This class is great for dishing out damage, thanks to its Ultimate ability, which fires a barrage of powerful missiles at multiple targets.

However, outside of its Ultimate, the Ranger works best against single-target enemies. While it’s less agile than the Interceptor, the Ranger has better mobility in comparison to the Colossus and Storm classes.

The Storm Javelin is essentially the mage class, a master of the elements that prefer to deal-damage from far away. While the Storm has access to powerful ice, fire, and lightning attacks, it comes at the cost of being the weakest Javelin of the four.

This is somewhat mitigated by the Storm’s ability to recharge its shield while hovering, meaning you’ll spend most of your time in the air shooting down at enemies.

The Storm is excellent for players who enjoy using long-range weapons, such as sniper rifles. While it may be the weakest of the four classes, the Storm’s elemental abilities make it the best for dishing out AOE damage.

You’ll unlock a different Javelin at level 2, level 8, level 16, and level 26. We recommend picking the one you feel most interested in first, that way you can start to get a feel for the suit’s abilities during the main story.

If your first Javelin doesn’t end up scratching that itch, you won’t have to wait too long before you can give another one a try.

Taking to the Skies

Although flying in Anthem is one of the best-feeling parts of the game, it can take some time to adjust to. Your suit will begin to overheat the longer you’re in the air, forcing you to keep an eye on your meter and land on the ground once you see it becoming full.

While there are some ways to extend the amount of time you can stay in the air, like attaching exclusive perks to your gear or flying through the water to cool your jets, it’s essential always to pay attention to your heat meter.

Flying in a wave formation, gliding up and down instead of on a straight path, will extend how long you can remain in the air as flying downward doesn’t cause your suit to heat up as much.

Additionally, it’s easy to forget how big of a role flight can have on combat. Anthem features wide-open areas that allow you to position your Javelin in more ways than the average shooter, so make sure to take full advantage.

Visiting the Forge allows you to switch Javelins, customize their appearance, adjust your weapon and abilities loadouts, dismantle weapons, and craft blueprints.

Gear you craft or find can come with several modifications that impact a variety of stats, such as damage output, armor capacity, flight duration, and so on. Therefore, expect to spend a lot of time here optimizing your character builds.

Each Javelin can equip two Assault and one Support gear, two weapons, and six components, though they won’t all be available at the start. As you progress through the game and collect more items, you’ll begin to unlock more slots and higher rarity items.

Going back to the Forge after a mission will allow you to review any rewards you received and compare them with your current equipment. Since you can’t change your gear during a mission, spending some time equipping the best gear before heading into a challenging battle is crucial.

Since gear and weapon storage is limited, you’ll eventually find yourself having to dismantle less-powerful equipment as you progress. The game allows you to mark certain items as junk, making organizing a bit easier.

While Anthem gives you a decent amount of coins at the start, we recommend holding on till the endgame as gear is doled out pretty frequently, and any materials you’ve gathered may be better spent later on.

Like we mentioned earlier, in Anthem, gunplay takes a backseat in favor of class-specific abilities, which are the game’s bread and butter. Probably the most exciting part of Anthem’s combat is one that is quite hard to explain: the combo system.

Most of the abilities in Anthem fall into one of two categories: Primers and Detonators. The symbol for Primers is a circle with a dot, while a star with four points depicts Detonators.

Hitting an unshielded enemy with a primer causes a red symbol to appear above their health bar, displaying that they now have a status effect.

After an enemy’s been primed, hitting them with a detonator will trigger an explosion. Additionally, each Javelin has its unique combo effect.

The Ranger can deal enormous single-target damage, Storm can spread status effects to nearby enemies, Colossus can dish out damage across a wide area, and the Interceptor covers itself in an aura that freezes, burns, or poisons nearby enemies.

Mastering when to time your combos and coordinating with your team will take a lot of practice. However, it’s worth it as combos become essential in endgame battles and make Anthem’s combat feel much more engaging. If you ever feel like you’re struggling with triggering combos, check out our advanced combat guide.

Anthem has a huge open-world, filled with fierce enemies and countless locations to explore. As a result, the game can quickly become overwhelming for players who choose to go alone.

Playing with a full squad not only gives you more firepower and the ability to be revived should you fall, but it also maximizes your opportunities for performing combos and completing more demanding missions.

If you don’t have any friends that play Anthem, take advantage of the game’s matchmaking system whenever you feel like you’re not dealing enough damage on your own.

Having teammates by your side will make grinding far easier, and you might end up meeting some great players in the process. 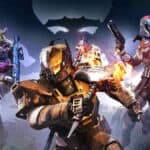