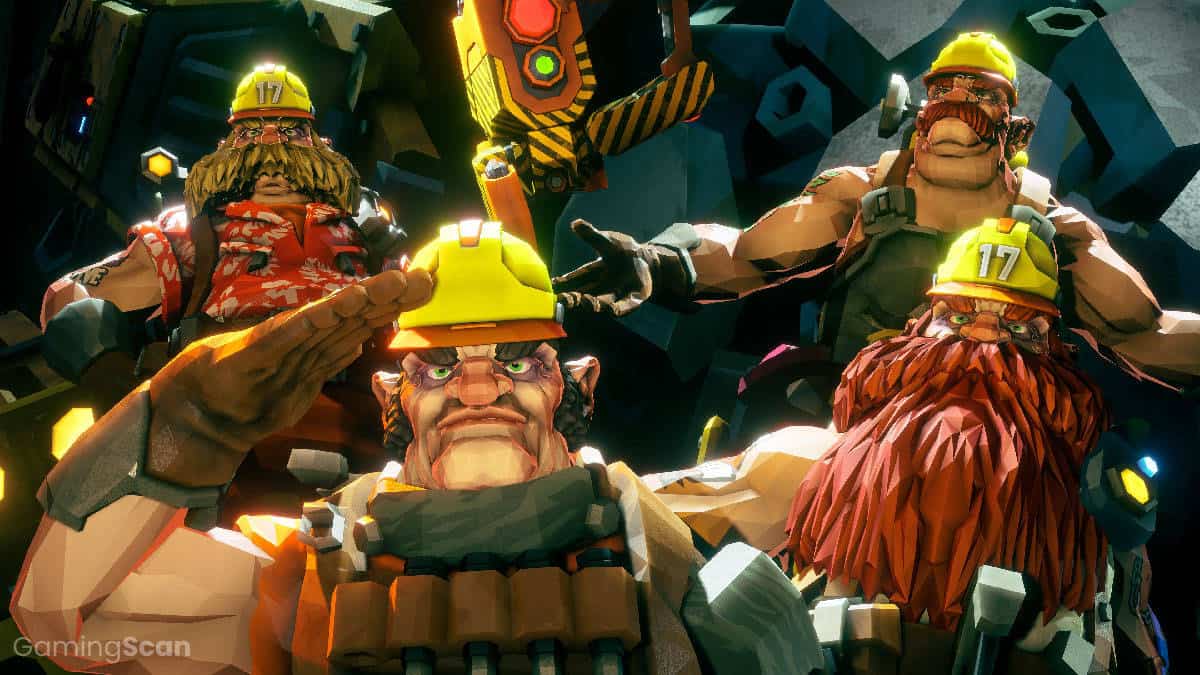 Together, you and your dwarven brethren will explore procedurally generated caves to mine minerals and exterminate any aliens that get in your way.

Of course, the road to becoming a top-performing miner won’t be easy, so buckle up and grab a drink as we dive deep into the most useful Deep Rock Galactic tips and tricks for beginners.

By the end, you’ll have learned everything you need to survive on Hoxxes IV and lead your mining team to victory. For Karl!

Keep An Eye Out For Dirt Patches

After exiting the drop pod at the start of a mission, you should get to work exploring your starting cave and make note of any mineral deposits, collectibles, and other objective-specific materials.

In addition, you’ll want to keep an eye out for areas with big patches of brown dirt, as digging through these will lead you to another cave system with even more minerals, etc.

While the Driller is the best class for digging through dirt quickly, any miner can give it a whack by using their company-issued pickaxe.

Every mission includes both a main and secondary objective that will net your team a nice bonus of credits to spend and XP to level up your dwarf.

Although completing secondaries are completely optional, most of them are easy enough to complete depending on your team makeup, mission biome, and cave layout.

The best way to tackle secondaries is to get them out of the way early on and not wait until the end when larger swarms and dwindling resources become more of a problem.

Speaking of resources, flares are one of the most useful items in any miner’s toolbelt as they can help light up Hoxxes’ dark and dangerous caves.

However, since they are limited in supply, you’ll want to be mindful of how many you have left and coordinate with the other miners, especially if there’s a Scout on your team.

The good news is flares do recharge after a cooldown period and some biomes provide natural light via certain flora, crystals, etc.

Set Markers For Your Fellow Miners

Any time you come across a mineral deposit or useful item that you just can’t seem to reach, try setting a marker using your laser pointer to let your fellow miners know about it.

More often than not, a Scout will grapple over to get it or an Engineer will drop a platform to give you somewhere safe to stand while you mine.

Mine All The Gold You Can

From time to time, miners will find themselves overcome with a serious case of gold rush fever while deep down in the caves of Hoxxes.

While not required for completing missions, mining gold can be a lucrative way to farm for credits and bonus XP for you and your team.

You can find it in ore vein deposits along cave walls, compressed and embedded within rocks themselves, and by eliminating rare Glyphid Crassus Detonators.

During missions, you’ll want to keep an eye out for data cells, machine events, lost gear, and cargo crates as these reward you with Scrips, weapon overclocks, and cosmetic items.

Machine events vary from mission to mission and require you to complete certain tasks on a set timer; data cell events function similarly but throw rival robots into the mix and reward you with Scrips.

Finally, lost gear gets marked on your map as a purple icon you’ll have to dig a path to and cargo crates require you to locate and transport two batteries before receiving your reward.

Carve Out Environments Before A Big Fight

As you make progress during each mission, the game will routinely spawn swarms of enemies from all sides to try and stop you.

The best way to get ahead of this is to prepare ahead of time, particularly during the final phase of Salvage Operation missions where you have to hunker down in a set location.

We suggest working with a Driller to carve out a small area where your Engineer can set up turrets as well as ordering a resupply or two before the fight starts.

Be Mindful Of Fall Damage

Considering the verticality of Deep Rock Galactic’s caves, fall damage poses a very real threat to every miner but most especially, the Scout class.

A drop from a high enough location can not only tear through your shield but also your health, leaving you downed until a teammate comes to revive you.

Thankfully, the game does provide some workarounds to negate fall damage by doing one of the following:

In addition to fall damage, players should try their best to avoid the occupational hazard of friendly fire whenever possible.

While the compact design of certain caves and tunnels don’t always make this easy, you can try standing next to your teammates during a gunfight and avoid getting in front of anyone’s line of sight.

When all else fails, try unlocking and equipping the Friendly perk which reduces the amount of damage taken and dealt from friendly fire by 50%.

There are four different classes in Deep Rock Galactic and each one has its own unique playstyle, weapons, and equipment to master.

We recommend trying out each character to get a feel for their kit and see which one(s) you most prefer.

Keep in mind, some lobbies will have restrictions in place to prevent players from joining missions with duplicate classes.

Once you’ve settled into your class, completed a few missions, and have accrued a nice stockpile of credits and materials, you’ll want to head over to the equipment computer located near the drop pod.

Here, you can set your character’s loadout, purchase new weapons, apply weapon skins, and most importantly, upgrade your equipment so long as you have the necessary resources.

It’s important to be continuously upgrading your gear to keep up with Deep Rock’s increasing hazard difficulty and unlock your class’s full potential.

Along with upgrades, active and passive perks are extremely useful modifiers that factor into your character’s loadout and overall playstyle.

Unlocking them requires you to complete different challenges displayed on the computer in your dwarf’s room, which is also where you go to claim perk points and unlock new ones.

Most perks have multiple tiers that make the perk more effective as you move up, and each one can be equipped via the equipment computer.

Going for a round of drinks at the Abyss Bar is a great way to bond with your teammates before or after a mission and can actually have some useful in-game effects.

While some drinks only serve to make your dwarf drunk or trigger a funny gag, others give them a specific buff such as reduced fall damage, increased health, or more gold mined.

Although Deep Rock issues every player an upgradeable support drone (affectionately nicknamed Bosco) to help out during solo missions, this is far from a replacement for other miners.

This is because Bosco is less effective at mining, lighting, and fighting than actual dwarves, especially at higher hazard difficulties.

Instead, we suggest trying to join up with other players prior to a mission by using the in-game lobby browser or social apps like Discord and Reddit.

Remember To Rock And Stone

Last but not least, every miner is encouraged to let out a hearty “Rock and Stone!” using [V] any time the situation calls for it.

This includes getting your team pumped up before a mission, welcoming a new miner to your crew, or celebrating a job well done.

In the event another player initiates the callout, make sure to respond with your own “Rock and Stone!” as a sign of respect and comradery.

We hope this guide has helped you learn all the ins and outs of being a Deep Rock Galactic miner and surviving Hoxxes’ many challenges.

If so, make sure to let us know by leaving a comment below and sharing this article with any new miners who may be in need of guidance.

Finally, we want to thank you for reading and we look forward to seeing you out in the field. Rock and Stone! 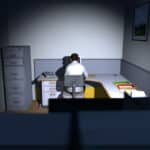