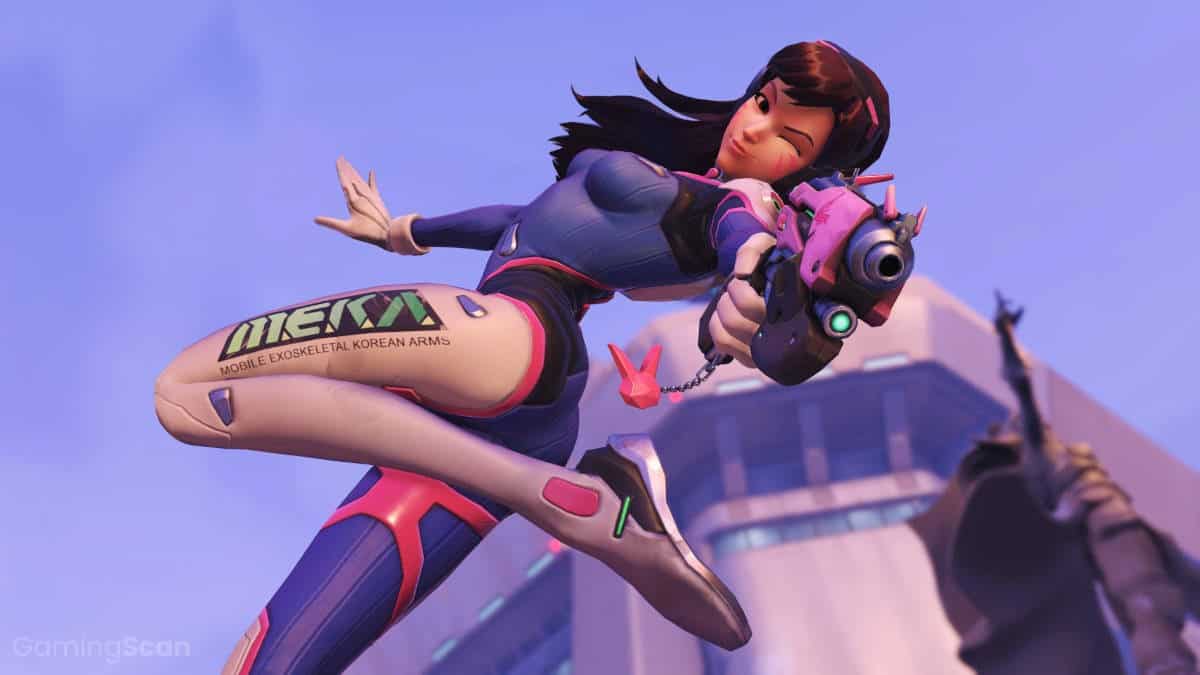 D.Va is a unique tank with high health and decent mobility that lets her close gaps with enemies with ease, making her ideal for 1v1 matches depending on the opponent.

In this Overwatch D.Va guide, we’ll highlight the best tips, tricks, and strategies for playing as the mech piloting pro gamer to help you get better at competitive play.

D.Va’s playstyle generally revolves around being a nuisance to the opposing team to draw attention from squishy Supports and Damage heroes.

While she can provide teammates with some protection, her defensive options aren’t as effective as Tanks like Reinhardt or Orisa, making her ideal for dive comps.

With that said, there are some tricks to getting the most out of D.Va’s kit; below, we’ll take a look at each of her abilities in closer detail.

How To Use Fusion Cannons

While in her mech, D.Va’s primary weapons are her Fusion Cannons, twin short-range cannons that fire consistent shotgun-like rounds and deal 0.6-2 damage with a falloff range of 10-20 meters.

The good news is that she can fire bullets rapidly without having to reload, though this comes at the cost of D.Va having slow movement while firing, specifically a 40% speed reduction.

Therefore, the best approach is to trap enemies in an area and unleash hellfire to maximize your chances of securing a kill.

This can be difficult to nearly impossible the further away the target is due to the spread of her Fusion Cannons, so try to stick to medium to close range and focus on the targets’ upper body.

How To Use Light Gun

Once D.Va’s mech becomes destroyed, she’ll eject herself and fight on the ground using her Light Gun, a fast-firing automatic blaster that deals 14 damage at a fire rate of 7 rounds per second.

While D.Va becomes a lot weaker and has practically no defenses out of her mech, replacing her Fusion Cannons with the Light Gun actually has some surprising advantages.

For one, the Light Gun doesn’t have damage falloff, meaning she’s able to damage enemies further away more consistently and even land headshots.

Her hitbox is also a lot smaller out-of-suit, though the downside to this is her health is cut in half, going from 300 (plus 300 Armor) to just 150 HP.

How To Use Defense Matrix

D.Va’s best protection tool is her Defense Matrix, which causes a targeting array to pop up in front of her mech that absorbs all incoming projectiles within range in mid-air.

Defense Matrix’s effects only last for 2 seconds at a time and have a 1-second cooldown before it can be triggered again, making it ideal for quick bursts of protection and not a consistent barrier.

Due to its generous 10-meter maximum range, Defense Matrix is also great for covering allies in a pinch since D.Va can position herself to shield allies from burst damage Ultimates.

This requires D.Va to stand directly in front of her teammate for Defense Matrix to work, meaning it’s not as effective against flankers or for shielding multiple players.

How To Use Boosters

D.Va’s mobility is significantly raised when using her Boosters, which launches her mech forward in the air for 2 seconds with a +118% movement buff.

During this time, you can adjust her direction, and any enemy D.Va collides with will take 10 damage and be knocked back.

Additionally, D.Va can fire her Fusion Cannons while Boosters are activated, allowing her to play more aggressively for a short duration and hunt down injured enemies.

Lastly, you can also activate Defense Matrix while flying, effectively turning D.Va into a mobile shield that can physically push enemies away by making contact.

How To Use Micro Missiles

D.Va’s other offensive option is her Micro Missiles, which launch a volley of powerful missiles in a straight line, hitting the first target it reaches but also dealing splash damage within a 1.5-meter radius.

You can trigger Micro Missiles at any point, even during other abilities, and it can’t be interrupted unless D.Va becomes stunned or her mech is destroyed.

When combined with her primary fire, Micro Missiles can be very effective at finishing off isolated enemies, less so when facing a group of enemies.

A good strategy is to fire Micro Missiles while Defense Matrix is up to apply strong pressure while minimizing the amount of damage taken and quickly build ultimate charge.

How To Use Self-Destruct (Ultimate)

D.Va has one of the most potent ultimates in the game, ejecting from her mech and triggering a massive explosion 3 seconds later that deals anywhere between 100-1000 damage within a 20-meter radius.

While it can pretty easy to anticipate D.Va’s Self-Destruct, you can surprise the enemy team by combining different abilities before detonation, such as using her Boosters to launch forward.

Doing so allows D.Va to launch her mech down corridors, land somewhere the enemy didn’t expect, or extend its travel time to catch them off-guard.

The blast from Self-Destruct can be so strong that heroes who survive the initial explosion may still end up being knocked back into a pit or off a cliff.

D.Va can be a great asset for teams composed of mostly independent heroes who don’t require constant shielding and can fend for themselves for the most part.

Her increased mobility and versatile ultimate make her helpful in drawing the enemy’s attention and keeping them off the main objective.

With that said, her playstyle doesn’t mesh with everyone, so below, we’ll go over a list of the best hero synergies with D.Va.

Which Heroes Combo Best With D.Va?

D.Va is weakest when it comes to protecting her team, dealing with threats beyond her effective range, and large groups of enemies.

Additionally, her mech’s huge hitbox doesn’t do her any favors either, often leading enemies to target her specifically, which isn’t so bad considering that’s part of the job as a Tank.

Of course, some heroes are better at countering D.Va than others, so below, we’ll go into further detail about the main ones to look out for.

Which Heroes Does D.Va Struggle Against?

Although she’s not the hardest Overwatch hero to master by any stretch, D.Va’s unique playstyle requires a different approach than most other characters, including some Tanks.

She can be excellent at finishing off weaker enemies and creating diversions for her team to follow up but requires a lot more coordination than shielded tanks like Reinhardt or Orisa.

To wrap things up, below, we’ll briefly cover five general tips to incorporate into how you approach matches going forward. 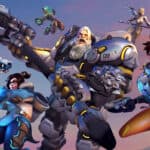