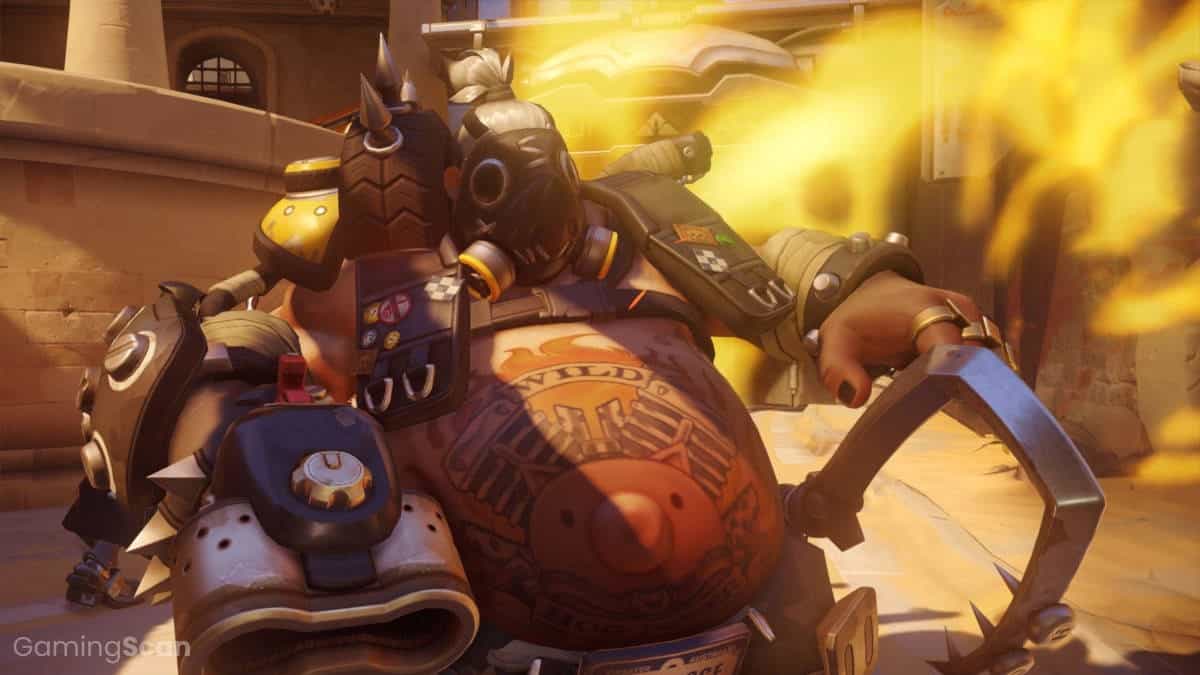 Roadhog’s playstyle differs from other Overwatch Tanks, focusing on singling out weaker enemies and pulling them towards him for a devastating shotgun blast.

In this Overwatch Roadhog guide, we’ll highlight the best tips, tricks, and strategies for playing as the ruthless one-man apocalypse.

Despite being a Tank, Roadhog is actually a pretty potent flanker who can catch enemies off-guard, reel them in with his Chain Hook, and blow them to smithereens over and over again.

His ability to self-heal allows him to operate independently, though doing so often leaves his own Supports exposed to enemy flankers.

With practically no defensive options, Roadhog has to play very aggressively in order to prevent threats from taking out his allies; below, we’ll dive deeper into every ability at his disposal.

How To Use Scrap Gun

Roadhog’s primary weapon is his Scrap Gun, a modified shotgun with two modes of fire that’s most effective at medium to close-range.

The primary mode shoots a high-impact projectile with a wide spread, whereas the secondary mode travels a short distance forward before triggering a small explosion of pellets.

You’ll find that using his primary mode is pretty straightforward due to its limited range, whereas the secondary mode requires a bit of finesse to get down its timing and effective coverage.

Since its projectiles won’t explode if they come in contact with an enemy or solid surface, it’s essential to make sure you’re at the minimum range required for his bullets to explode, around 8 meters.

How To Use Chain Hook

Due to his poor mobility, Roadhog relies on his Chain Hook to pull enemies in close and leave them momentarily stunned, allowing him to follow up with a Scrap Gun shotgun blast.

With a maximum range of 20 meters, Chain Hook is highly effective at taking enemies out of cover and exposing them to the rest of your team, though it requires precise aiming to pull off correctly.

You should be mindful of your ammo before hooking an enemy since having to reload after you’ve got them could ruin your chances of securing a kill; if this happens, follow up with a melee attack instead.

Since hooked enemies are pulled directly in front of Roadhog, you can use it to get environmental kills by immediately turning to face a death hole or ledge once they’re hooked.

How To Use Take A Breather

Unlike other tanks, Roadhog doesn’t have any regenerative shields; instead, he features a self-healing ability in the form of Take a Breather, which restores 300 Health and has a cooldown of 8 seconds.

Upon activating this ability, Roadhog is locked into its animation, meaning he can still move around but cannot perform any other action until he’s done channeling.

Thankfully, the amount of damage taken during this period is reduced by 50%, though Roadhog is still vulnerable to stun attacks.

Considering this ability renders Roadhog pretty vulnerable, we recommend moving out of enemy sight before using it, though you can also use it to absorb damage for an ally by standing in front of them.

How To Use Whole Hog (Ultimate)

Whole Hog sees Roadhog pouring ammo into his Scrap Gun before letting loose a stream of shrapnel that damages and knocks enemies back for 5.5 seconds.

During this time, Roadhog’s movement speed is reduced by 25%, he’s unable to use any other abilities, and can be interrupted by stun attacks.

Dealing only 7 damage per pellet, it’s not going to net you a ton of kills but can very effective at disrupting the enemy team and pushing them off the main objective.

If you’re looking to maximize Whole Hog’s damage, position yourself so that targets end up pushed against a wall, allowing you to deal constant damage at close range and prevent them from escaping.

Roadhog’s greatest strengths are that he’s naturally more offensive than other Tanks and doesn’t have to rely on Supports to provide the bulk of healing.

His Chain Hook is excellent at capitalizing on unaware enemies and has many creative applications that become increasingly clear the more you practice using it.

Due to Roadhog’s lack of barriers and somewhat independent playstyle, he benefits from being paired with specific Tank and Support heroes, which we’ve listed below.

Which Heroes Combo Best With Roadhog?

Roadhog’s main weaknesses stem from his poor mobility, which can make it tough to chase down targets or escape threats while Chain Hook is on cooldown.

Additionally, he has some of the worst defenses of any Tank and becomes very vulnerable without his ability to self-heal.

Certain characters can capitalize on Roadhog’s weaknesses and use them to their advantage; below, we’ve listed the main ones to look out for.

Which Heroes Does Roadhog Struggle Against?

As is the case with just about any Overwatch hero, mastering Roadhog’s playstyle takes time and patience, especially if you plan on reaching Grandmaster.

He can be a potent damage dealer given the right conditions but is less proficient at protecting squishy Supports than other Tanks.

To conclude this guide, below, we’ve listed some more general tips to keep in mind as you run around hooking enemies to death. 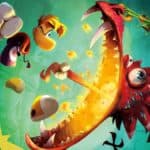