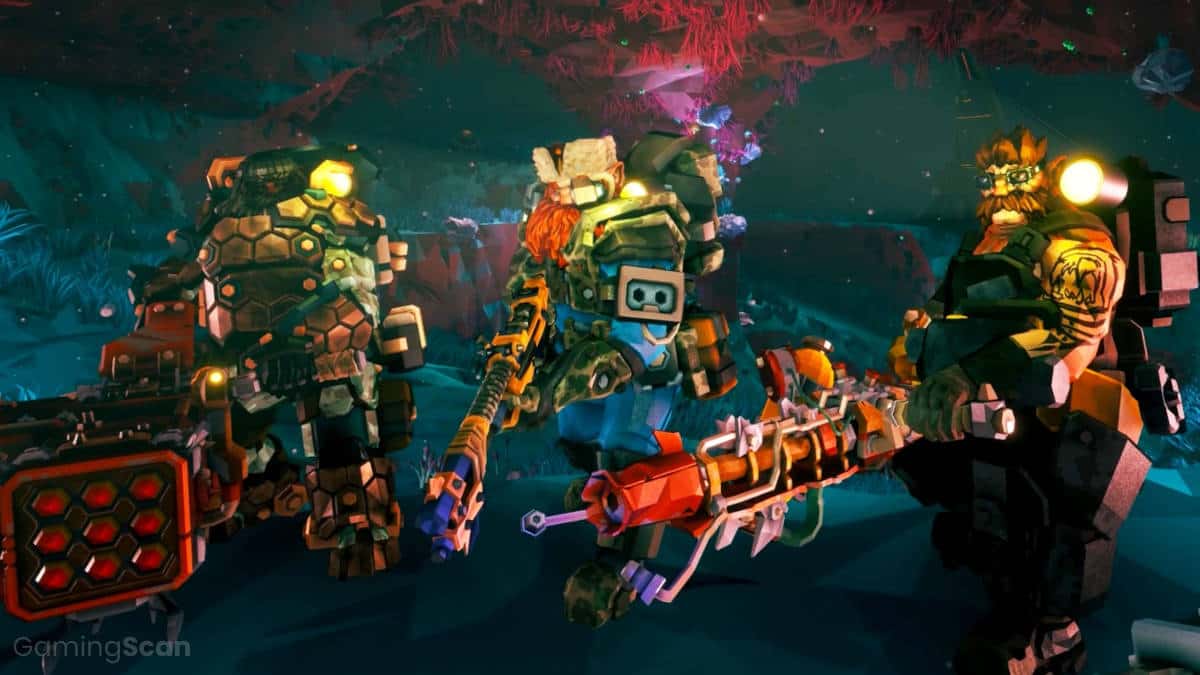 Deep Rock Galactic is one of the best online co-op games where players can team up as foul-mouthed dwarves and shoot their way through bug-infested caves in search of gold and other shiny minerals.

Like many PC games, it is very mod-friendly and well-supported with seasonal updates and rewards designed to keep players coming back for more.

In this list, we’ll explore the best Deep Rock Galactic mods to improve the game and brighten up those dark treacherous caves for you and your friends.

We suggest bookmarking this list and checking back in the future for more recommended Deep Rock Galactic PC mods! 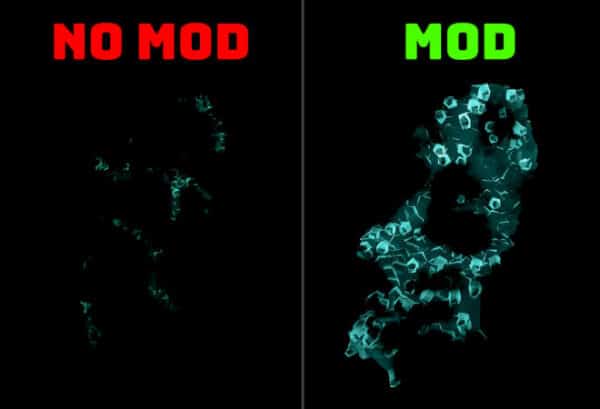 Visibility can be a huge issue in Deep Rock simply for the fact you’re trapped in dark caves with only a flashlight and flares to light your way.

To make certain objects a bit easier to see, we recommend installing the Brighter Objects mod, which brightens up minerals and other wall-bound materials in the dark.

This comes in handy with fulfilling secondary objectives as well as seeing high-ticket items like embedded Enor Pearls and Gold deposits. 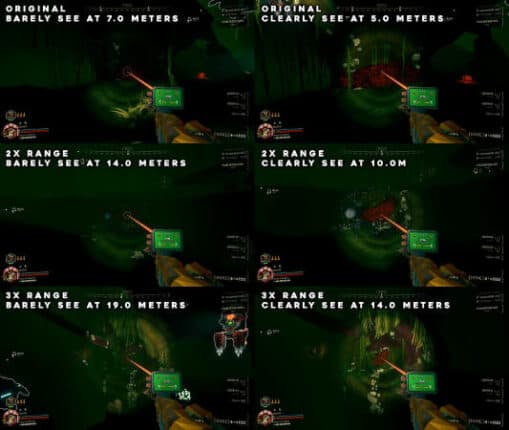 Another easy way to boost your character’s effective visibility is to install a mod like 5x Flashlight Range.

This mod does exactly what it sounds like, increasing the range on your dwarf’s flashlight to allow for safer navigation through darker areas.

All in all a simple fix that addresses the vanilla torch which can often feel as reliable as a cheap dollar store flashlight. 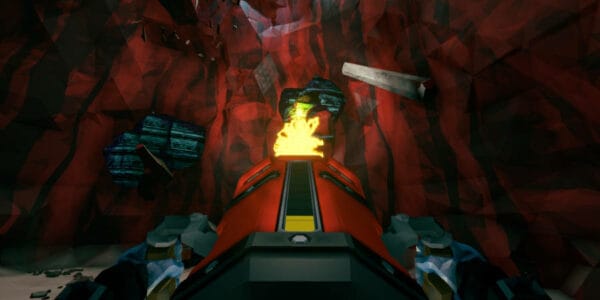 The Mining Laser is another tool that could stand to benefit from some slight improvements, particularly during Escort missions.

By installing the Better Mining Laser mod, you should have an easier time filling up Doretta’s Fuel Canisters as it makes some adjustments to various stats.

This includes raising the fuel canister’s digging range, oil shale melting time, amount you can mine from each chunk, and removing the 15% movement penalty applied while carrying the canister. 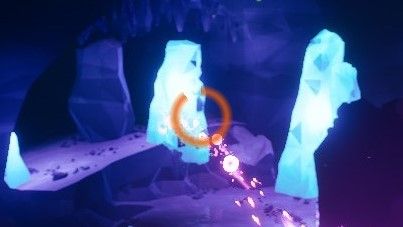 Having your weapon overheat during a pivotal moment such as a swarm attack is not ideal and can lead to your dwarf getting overwhelmed by enemies.

And while weapons that are prone to overheating such as the Minigun, Plasma Carbine, and Cryo Cannon do provide a heat gauge, it’s easy to forget to check during the heat of battle.

To help out, we recommend installing the Weapon Heat Crosshair mod, which adds a customizable heat indicator to your crosshair that’s easy to see in real-time. 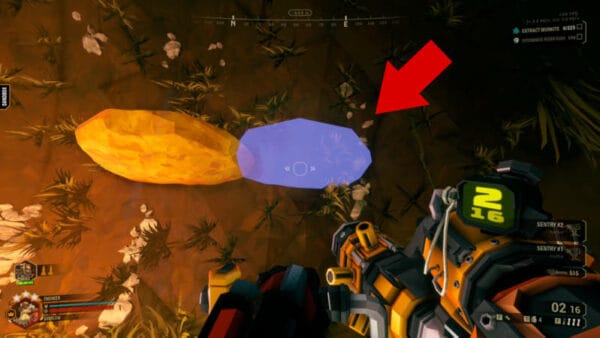 If you spend a lot of time playing as the Engineer, this next mod will definitely come in handy with building platforms.

The aptly named Platform Placement Preview mod allows you to see an accurate preview of where your platforms will end up before pulling the trigger.

Its strictly client-side, meaning no other players will see the preview but you and the design is based on the existing preview system for sentry turrets and resupply pods. 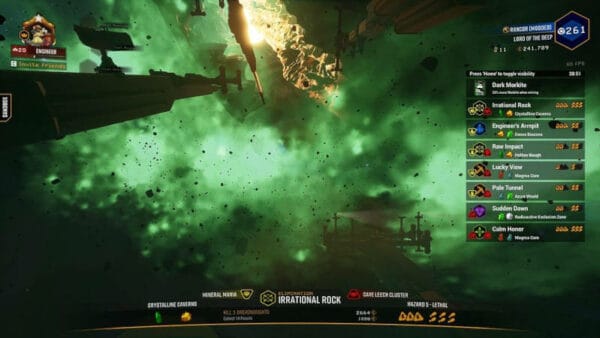 Considering there are a ton of unique anomalies and warnings that get assigned to different missions and biomes in Deep Rock, it can be hard to keep track of them all.

Instead of having to click through all of them to find the most desirable ones, we suggest using Rancor’s Rig HUD mod, which displays such information on the side of the screen while in the space rig.

As an added bonus, the mod also shows you the current daily special beer selection and mission rotation timer. 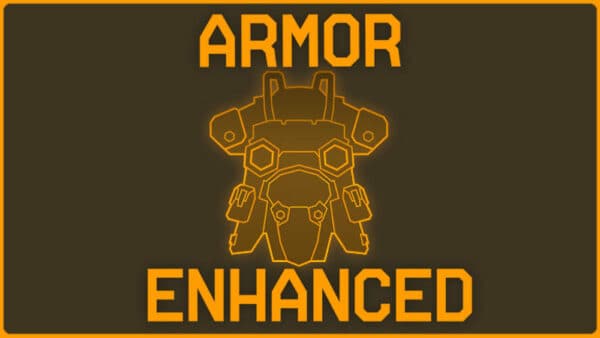 While Deep Rock already includes an extensive system for upgrading your armor and fine-tuning it to your playstyle, some may want to take things even further.

There are a total of five tiers to progress through, each one unlocking useful modifiers tailored for different classes’ equipment. 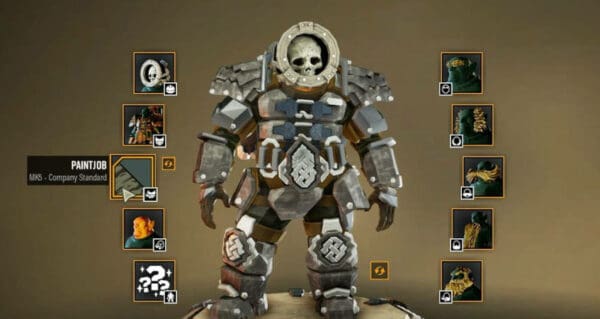 What’s the point in unlocking a bunch of fancy armor upgrades if your dwarf isn’t looking stylish?

With the Cosmetic Restriction Remover mod, you can now mix and match different weapon/armor frameworks, paintjobs, and pickaxe parts to your heart’s content.

However, there are two caveats: it’s solely limited to cosmetics you already own and cannot be used between different classes. 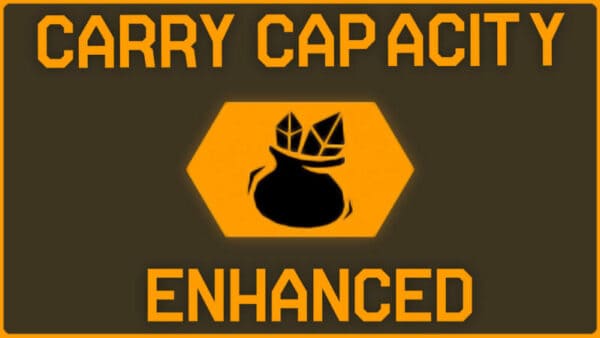 If the only armor upgrade concern you have is increasing your dwarves’ mineral bag capacity, then the Carry Capacity Enhanced mod is for you.

This one does exactly what’s written on the tin by changing the bigger mineral bag upgrade amount from +5 to +20 for all classes except for the Scout, which gets a +30 increase.

With it installed, you can expect to spend less time running to the MULE to make a deposit and more time mining for precious minerals. 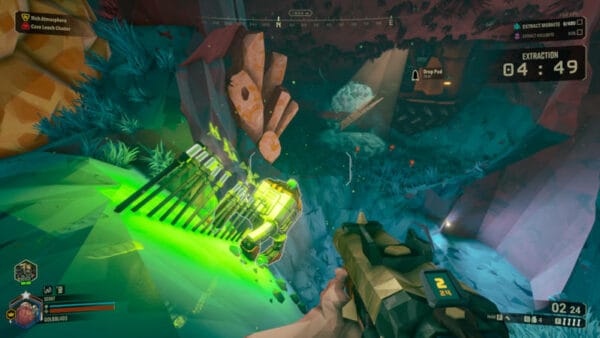 Speaking of Molly, I’m sure many miners will agree that there is still a ton of room for improvement when it comes to her actions during gameplay.

The Speedster mod looks to address two of her behaviors: walking speed and marker drop frequency.

With it installed, players can customize Molly’s walking speed within a range of 0 and 999 (default is 300) as well as the amount of markers she’ll leave while heading back to the drop pod. 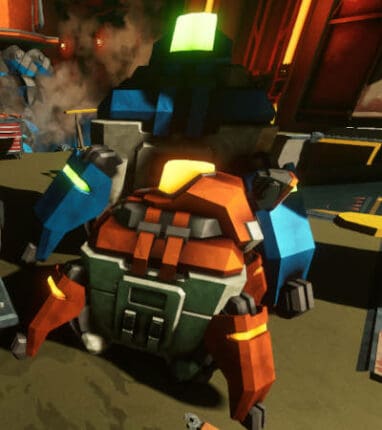 This changes the MULE’s beacon light radius from the default 2m to 15m and the color from green to a more visible white.

It also makes it so Molly follows players when she is 55m away rather than the default 20m. 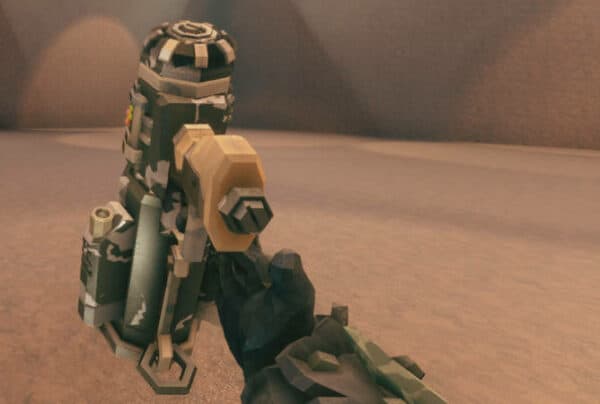 If you’re looking to add a bit more flair and variety to your characters’ weapon animations, check out the More Gunsling Animations mod.

This mod adds new animations to a handful of secondary weapons such as the Coil Gun, Crossbow, Burst Pistol, and SMG.

The best part is it doesn’t replace any of the vanilla ones, meaning you can still inspect weapons as usual. 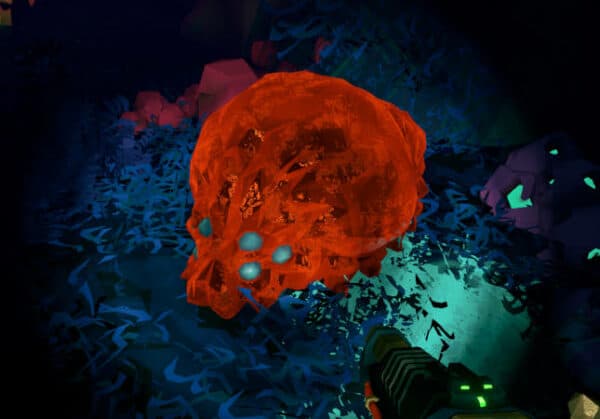 What miner can resist petting and admiring the cute and cuddly creatures known as loot bugs?

By default, these docile insects drop Nitra and Gold when exploded but you can also find the occasional golden loot bug variant.

The Sugar Babies mod introduces a third variant with a 30% spawn chance that appears red and drops 25-50 red sugar crystals. 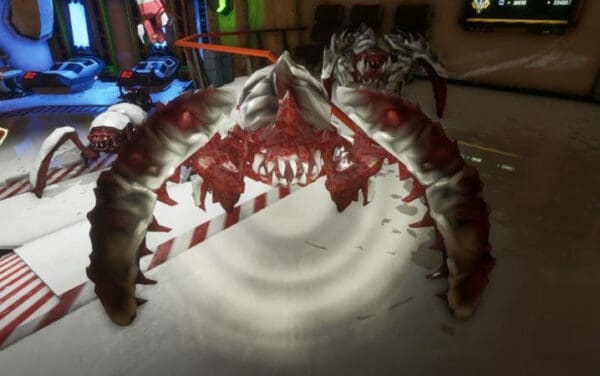 While we’re going through the trouble of adding a new loot bug type to swoon over, why not make some of the tougher spider enemies look even scarier?

At least, that’s the goal of the Nightmare Spiders mod, which edits a few of the enemies to look cooler, more terrifying, and in some cases, both.

It features new designs for each glyphid variant, including a white and red design that’s exclusive to the ice biome. 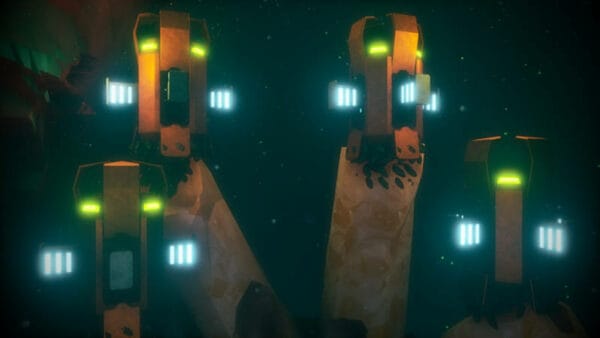 We’ve all been in a situation where you find yourself pressed for ammo and lacking enough Nitra for a resupply just as Mission Control announces a swarm is approaching.

To prevent this issue, consider installing a mod like 40 Nitra Resupply Pods, which cuts the cost of ordering a resupply by half for times when you simply can’t be bothered to grind for Nitra.

If 40 Nitra seems too low, you’re welcome to install the more modest 60 Nitra and 50 Nitra versions instead. 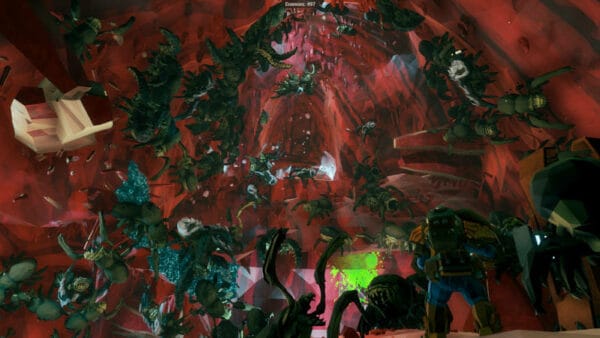 Of course, there are other scenarios where lowering the Nitra cost for resupplies are not only desirable but necessary to survive, such as facing a massive swarm that defies all logic.

To achieve this, you’ll need to install a mod like Swarm Size Control, which lets you adjust the number of enemies and enemy types that spawn in with each wave.

It also gives you the freedom to modify various enemies’ stats to create your ultimate bug-killing power fantasy. 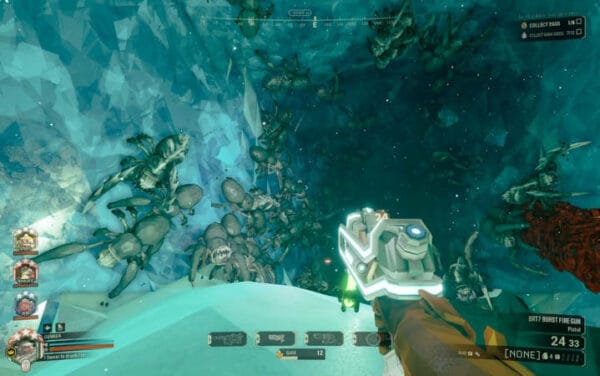 Building off of the previous mod, Starship Troopers turns your game into an over-the-top, bug-infested B-tier sci-fi movie of epic proportions.

It’s designed for players who find Hazard 5 too hard and Hazard 4 too easy and would like to meet somewhere in the middle by increasing the size of swarms by 150-200%. 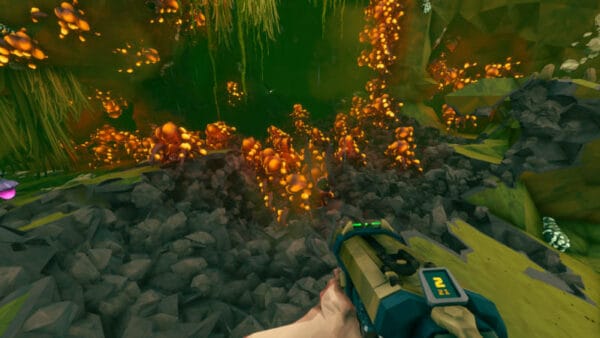 Spawn in Enemies and Objects

If you’re really looking to go nuts and break the game, the Spawn Menu mod is the perfect Deep Rock tool to get the job done.

Once installed, it gives you the ability to spawn most enemies and objects in the game for all players in your session.

This is a great way to come up with creative challenges for you and your friends or just goof around and see what kinds of chaos you can create. 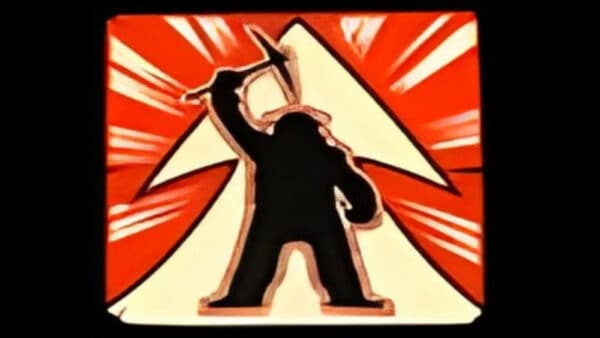 Want a catch-all mod that features a ton of small quality-of-life improvements? Look no further than the Slightly Better Everything mod.

Intended to be used with mods like Starship Troopers and Swarm Control, this mod adjusts the stats for a wide range of tools, equipment, perks, and gameplay parameters.

This includes changes to things like depositing speed, friendly fire damage, ammo capacity, flare recharge, and much, much more. 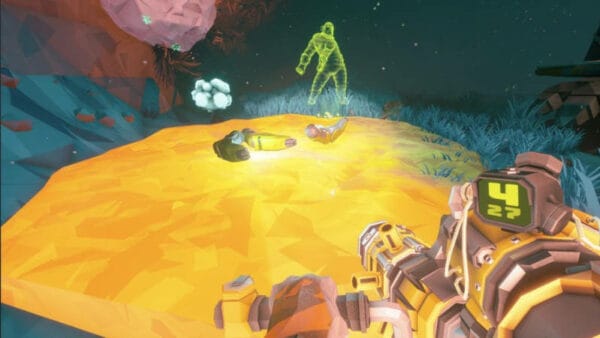 Miners who only want the traversal options included with Slightly Better Everything can pick up this standalone mod updated for Season 2.

Many of the changes are relatively small, such as increasing the ammo count for the Gunner’s Zipline Gun from 3 to 4 or the Driller’s mining rate from 1.5 to 2.5 for a more optimal gameplay experience. 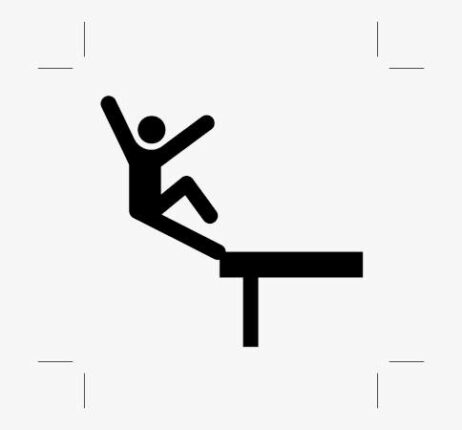 Big drops can be absolutely lethal in Deep Rock Galactic so players should take any and all precautions to prevent themselves from falling from great heights.

Along with equipping Hover-Boots and trying to land on your teammates’ heads to prevent taking fall damage, consider installing the Reduced Fall Damage mod.

This lowers the amount of fall damage taken by 50% to give you a better shot at surviving from any big drops. 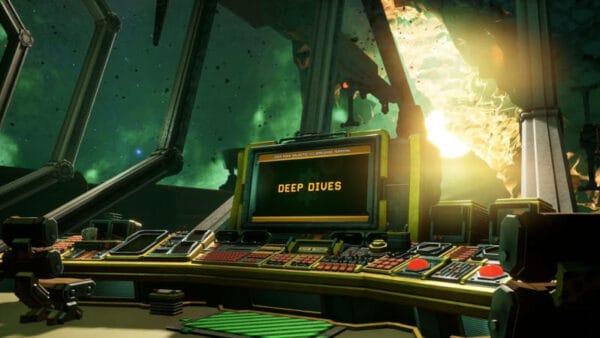 They say variety is the spice of life, and the Deep Dive Secondaries on Normal Missions mod proves it.

These can range from Mining 150 Morkite to Killing a Dreadnought Egg to Gathering 4 Aquarqs; it’s recommended all players in a group install it to avoid potential desyncs. 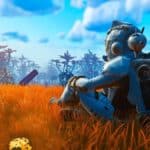