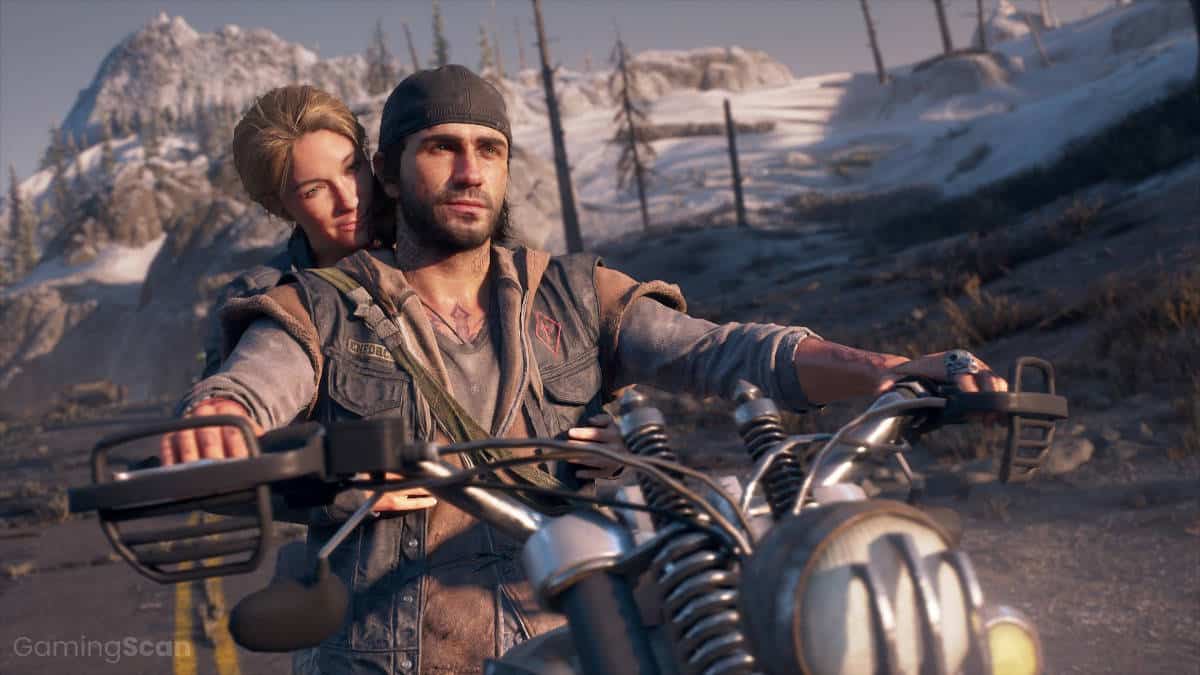 Days Gone is the latest addition to Sony’s growing library of PlayStation exclusives available on PC, so naturally, modders got right to work on figuring out how to mod Days Gone.

While the mod scene for Days Gone is still growing, there are already a number of ways to improve gameplay, boost performance, and add new content to Bend Studio’s zombie survival game.

We’ll be updating this list in the future as the game’s modding community puts out more mods, so make sure to check back and let us know if we missed any of your favorite ones! 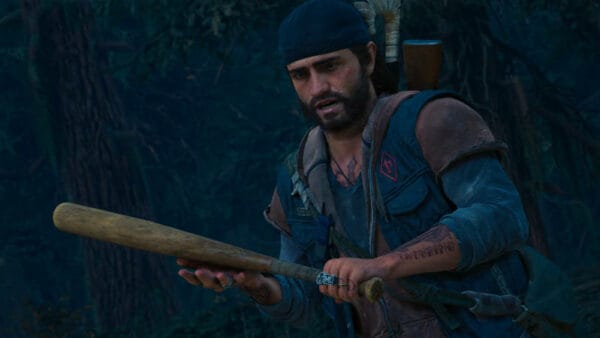 The increased durability affects most melee weapons in the game, though there are a few exceptions, such as the small axe/hatchet and the lawnmower machete.

It’s a significant adjustment for Days Gone’s ridiculously unrealistic default durability, which causes most weapons to break after just a couple hits. 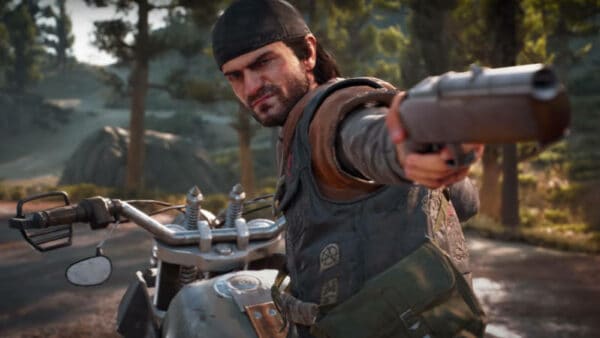 Another helpful weapon mod you should consider installing is Spooder’s Improved Shotgun Range mod, which increases the range on all shotguns by 10 times their default value.

However, before you go further, keep in mind, this mod is not compatible with any other mod that alters shotgun projectiles.

Now it should be a lot easier to take on hordes of Freakers throughout the game’s open world. 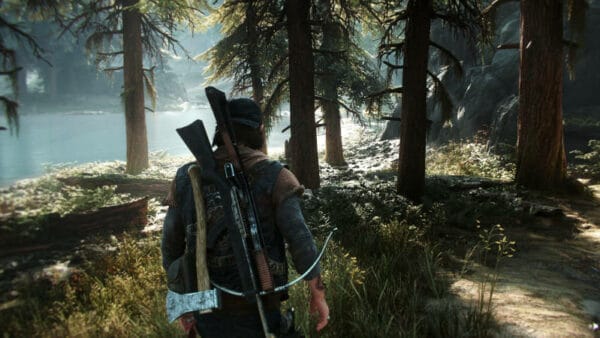 Make Days Gone Look like Dawn of The Dead

Mod: Dawn of the Dead – Reshade

If you’re a fan of zombie movies, particularly Dawn of the Dead, then you may get a kick out of this next mod that tweaks Days Gone’s visuals to look more like the cult classic.

Dawn of the Dead – Reshade mod mainly focuses on upping the color, contrast, and sharpening perception, giving the game a much bolder, cinematic appearance.

Modder kyOuZz_- has included three versions: the default version, one that removes the mod’s blurring effect, and another that addresses any FPS issues. 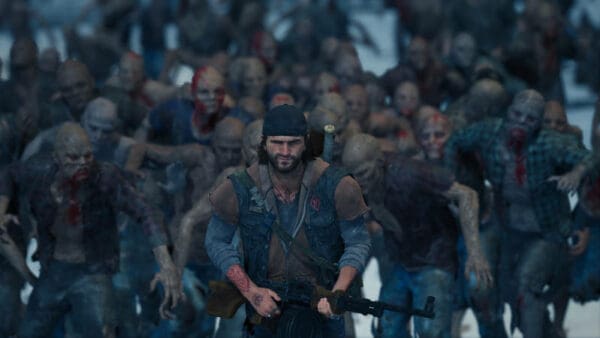 Basically, this mod makes it so Freakers throughout the world stay at their standard walking speed even after they notice you.

The only downside is it only works on individual Freakers and not the horde that chases you periodically during scripted moments. 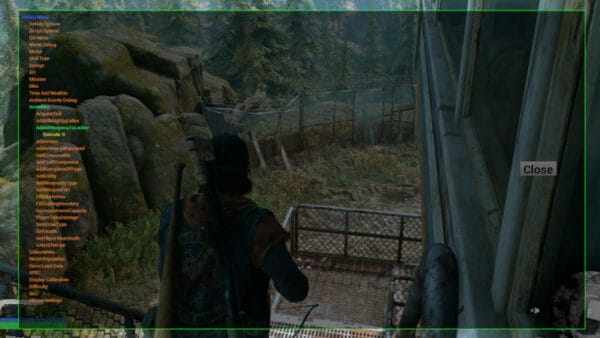 If you’ve seen everything Days Gone has to offer and are now looking for a way to extend your enjoyment with the game, turning on cheats will do you good.

Here, you can mess around with Days Gone’s weather and time of day, obtain every weapon and item, and much, much more. 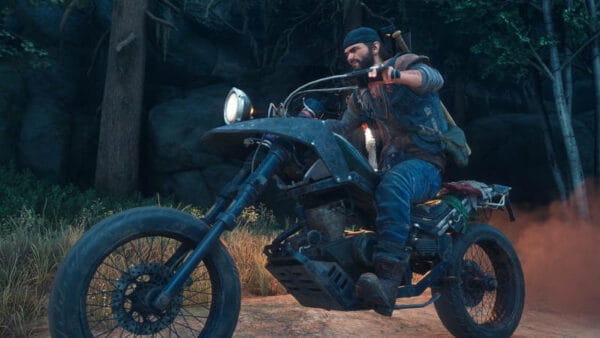 Mod: Not a Reshade (NAR)

If you have a powerful machine but still aren’t satisfied with Days Gone’s performance on PC, then you may want to consider installing Alan Poster’s Not a Reshade mod.

As its cheeky title suggests, you’re not altering the game’s visual art style but rather Unreal Engine 4’s performance as it relates to Days Gone. 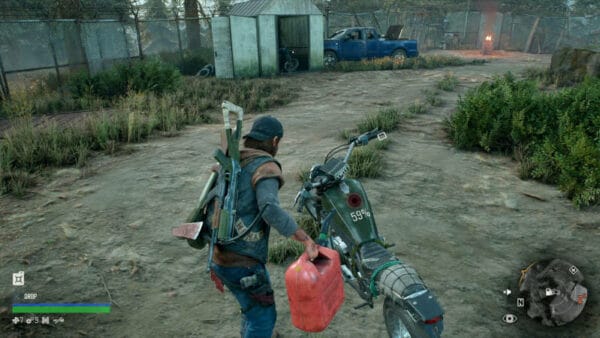 Keeping a steady supply of fuel in Days Gone can prove time-consuming, so we really appreciate modder Navsigda coming up with a way to reduce the frequency of having to refuel your bike. 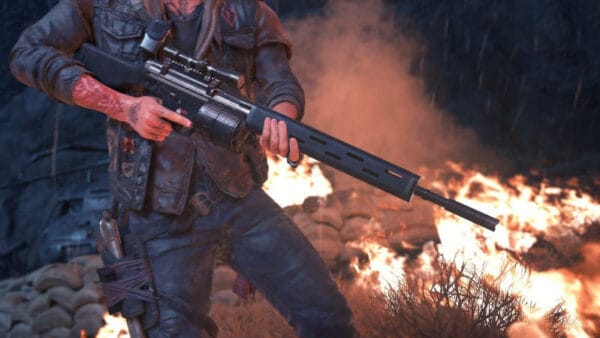 We’ve already highlighted a few noteworthy creations from modder Spooder on this list, but his Overpowered Series is among the best the Days Gone modding scene has to offer at the moment.

Each one raises the damage value for a specific weapon in the game, including an AK-47 mod that packs 3x, 5x, or 10x the punch of the default version.

There’s also one for making Deacon’s Boot Knife insanely overpowered and another that drastically buffs the Crossbow. 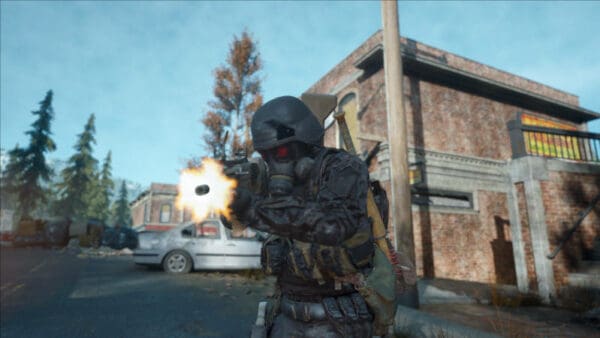 Play as Hunk from Resident Evil 2

If crossovers are more your style, then why not give modder Crazy Potato’s Hunk mod a spin for some Resident Evil meets Days Gone action.

It essentially swaps out Deacon St. John’s model and replaces it with the ruthless Umbrella operator as he appears in Resident Evil 2 Remake.

He doesn’t come with any extra goodies or weapons to speak of, so this is more of a novelty for fans of Resident Evil. 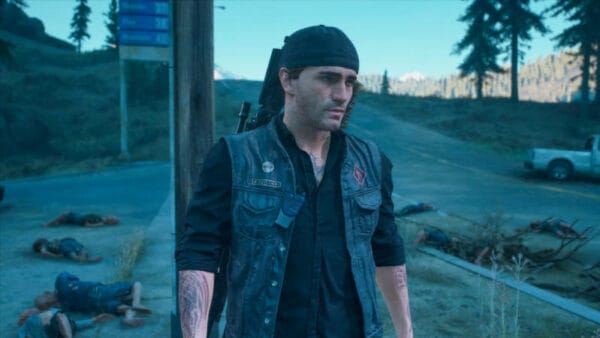 Another cosmetic mod that’s not tied to any other game franchise is the Outfit Options for Deacon mod created by Luxos.

It allows you to change Deacon’s default outfit to any of the other ones he’s seen wearing throughout the story.

Note that any outfit you select will appear 100% of the time during gameplay but only show up in about half of the game’s cutscenes. 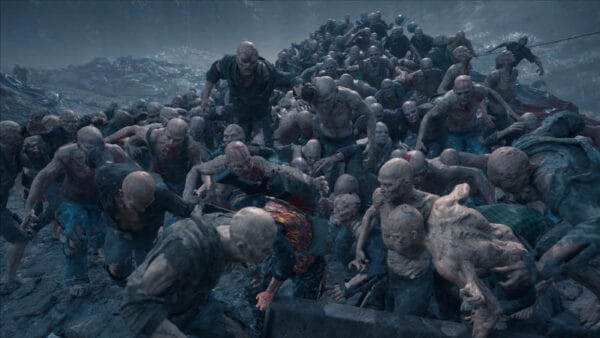 If you’re unimpressed by Days Gone’s terrifyingly large horde size, you can always up the challenge with this Massive Hordes mod created by Aigmir.

This mod increases the difficulty and size of hordes you’ll encounter throughout the game based on your location in the open world.

It starts with 200 enemies at Tier 0 (Little Bear Lake horde) and ends with 600 enemies at Tier 5 (Crater Lake Region) though you go even higher (up to 999 Freakers), assuming your PC doesn’t catch fire first. 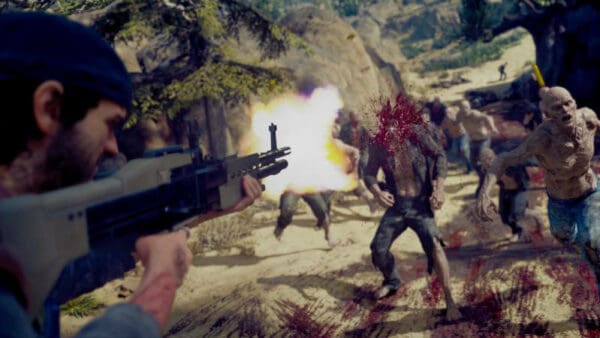 Make Every Kill a Bloody Mess

As satisfying as it is to rip apart Freakers using various bats, blades, and projectiles, there’s definitely room for even more gratuitous violence and gore.

With Heilos’s Explosive Gore mod, you can paint the town red by increasing the amount of blood and guts that shoot out anytime an enemy takes damage from you.

It’s compatible with most enemy types in the game, including Breakers, Newts, Humans, Reachers, Screamers, and Swarmers. 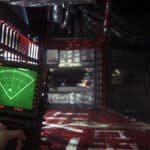