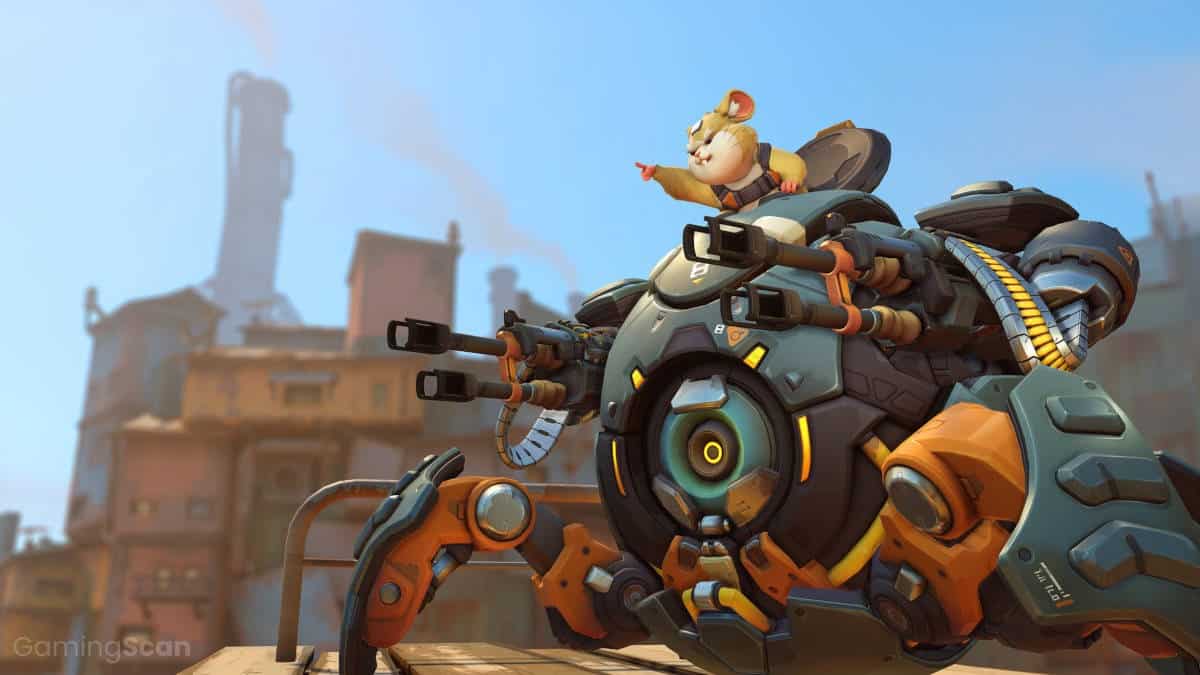 Making his debut on the Overwatch roster in 2018, Hammond (also known as Wrecking Ball) is a highly intelligent hamster inside a robot suit that functions as a mobile tank.

In this Overwatch Wrecking Ball guide, we’ll highlight the best tips, tricks, and strategies for playing as the charismatic mech pilot rodent.

Wrecking Ball is easily the most mobile offensive tank hero in Overwatch due to his ability to swap between Roll and Walker modes.

A good Wrecking Ball player will focus on area control while actively engaging and disengaging with the enemy to throw off their positioning and create opportunities for his teammates to secure kills.

Below, we’ll explain how you can achieve success using Hammond’s extremely unique moveset and lay out his strengths and weakness.

How To Use Quad Cannons

The first two shots fired have perfect accuracy; however, the bullet spread will continue to increase the longer Hammond shoots until he’s out of ammo.

They’re pretty ineffective against enemy barriers and huge healthpool heroes, though you can boost their viability by comboing with melee attacks and Hammond’s other abilities.

How To Use Roll

Hammond’s ability to switch between a quadrupedal tank and rolling ball allows him to get in and out of combat seamlessly, which in many cases will disrupt the enemy team.

You can enter Roll form at any time, even midair, and doing so will boost Hammond’s maximum movement speed to 10 meters per second and reload his weapons.

While in Roll form, he also becomes immune to headshots and can roll faster downhill with no penalty to uphill movement.

Hammond will automatically exit Roll mode and switch to Walker mode anytime he tries to shoot or gets hacked, slept, pinned, hooked, or knocked down.

How To Use Grappling Claw

The Grappling Claw is without a doubt Hammond’s best tool for fulfilling his role in battle and earns him the title of “Wrecking Ball.”

Upon triggering, the claw will attach itself to any surface the player aims at, allowing Hammond to swing around the contact point with gravity factored in.

If you can manage to swing Hammond a considerable amount, he’ll gain a +100% speed buff, deal 50 damage to any enemy he collides with while also knocking them back up to 10 meters.

You’ll know when Hammond is fully “powered up” during his swing when a fireball aura effect appears around him; this occurs whenever Hammond reaches a speed of 15 m/s or higher.

How To Use Piledriver

Skillful use of Hammond’s Grappling Claw creates some exciting opportunities to deal damage, namely via his Piledriver maneuver.

This is achieved by first reaching an altitude of at least 2.25 meters off the ground before activating the ability using Crouch/Toggle Crouch key to slam into the ground below.

Keep in mind, Hammond will first travel 4 meters forward before slamming down, though the ability’s effective radius of 8 meters is fairly generous.

Any enemies who are affected by Piledriver are knocked into the air with limited mobility for half a second, just enough time for teammates to capitalize.

How To Use Minefield (Ultimate)

Hammond’s Ultimate ability is Minefield, which sees him deploying 15 proximity mines around him which explode upon making contact with enemies or after 20 seconds have passed.

Deployed mines are arranged in three rings and stick to the first surface they come in contact with, including the payload, walls, and ceilings.

Although the enemy can destroy Hammond’s mines, if they get too close to one, they’ll experience a high-pitched noise and also put themselves at risk of splash damage from the mines’ explosion.

Lastly, Hammond can start regaining Ult charge once his mines have been placed on the ground, though any damage dealt from mines won’t count.

If it wasn’t clear by now, Hammond’s best attribute is his high mobility, which makes up for his relatively weak defenses and low damage output.

He’s at his best whenever he’s rolling around the map annoying the enemy team and keeping their attention off of the main objective.

Hammond’s playstyle naturally lends itself to secondary-tank territory, meaning he requires a more traditional tank by his side in addition to other certain heroes we’ll get into below.

We’ve already mentioned some of Hammond’s flaws, with the biggest being his low damage and relatively weak defenses compared to other tanks.

Since Overwatch is very much a numbers game, situations where Hammond has to deal with more than one enemy usually don’t work out in his favor.

Below, we’ll share which heroes to look out for, namely those who can place a status effect on Hammond to momentarily disable his Roll mode.

Which Heroes Does Wrecking Ball Struggle Against?

When you consider how distinct Hammond’s playstyle is compared to most Overwatch heroes, it becomes clear why so few players have managed to master his kit.

Getting better with Wrecking Ball requires a lot of practice on different maps in order to get a sense of his movement mechanics and identify key chokepoints where he can be most effective.

To finish off this guide, below, we’ll share some additional tips that will come in hand as you continue to improve your performance and rise up the ranks. 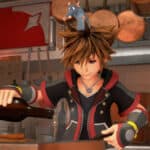