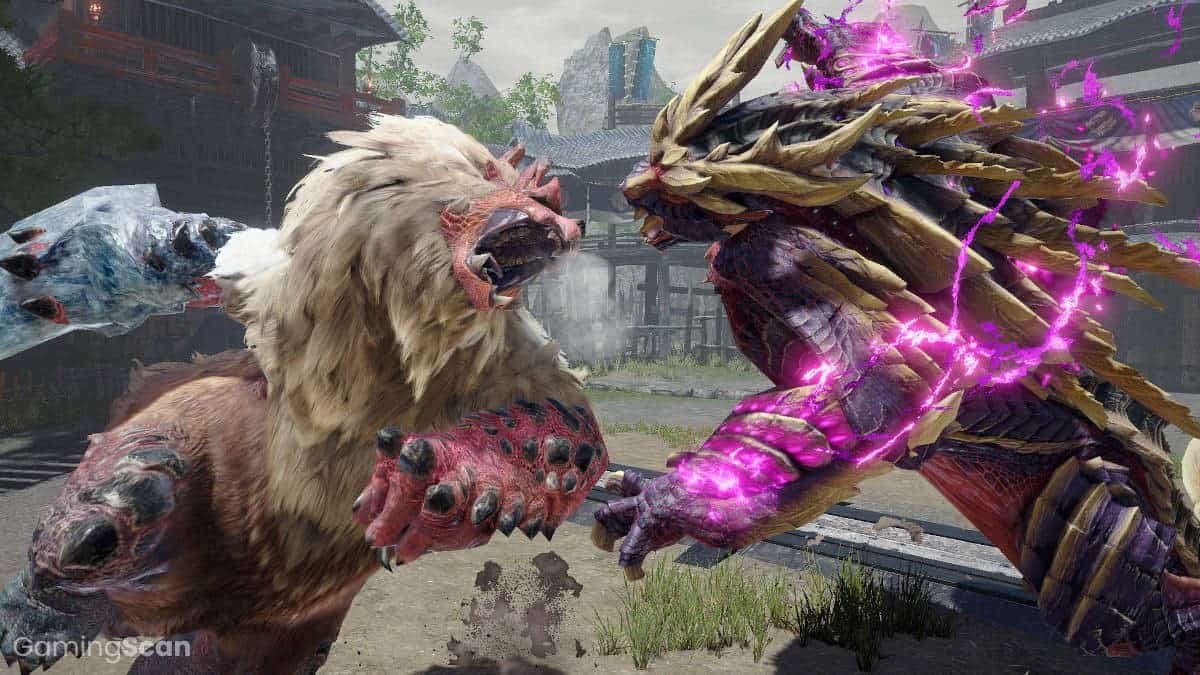 The Monster Hunter series is full of tough-looking dragons and hybrid fantasy creatures that will have any new player questioning their safety in a matter of seconds.

Rise is no different and actually includes one of the strongest enemy lineups to date, with many of the most formidable monsters the series has to offer making an appearance.

In this list, we’re ranking the hardest monsters in Monster Hunter Rise that require planning, team coordination, and sometimes a pinch of luck to have a chance at slaying.

We’ll be updating this list in the future with new entries as new monsters are added, so make sure to check back and let us know if we missed your favorite enemy in Monster Hunter Rise! 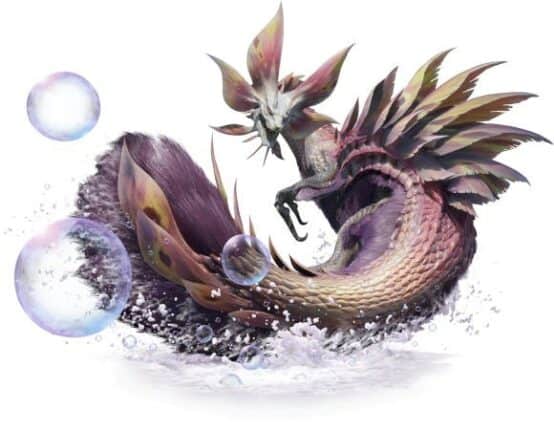 While Mizutsune may not be the most intimidating monster on this list, the males have a habit of becoming a lot more aggressive during mating season, which spells out trouble for Hunters.

Additionally, Rise gives Mizutsune a couple of new powers that make it a formidable opponent, namely the ability to shoot out water bubbles that can trigger waterblight if it comes in contact with the player.

Mizutsune also has a water beam attack that shoots upwards before sweeping either right to left or left to right depending on how annoying it wants to be.

Lastly, you should always keep an eye out for its claw slam attacks in which it leaps towards you and maneuvers its body like it’s about to start dancing. 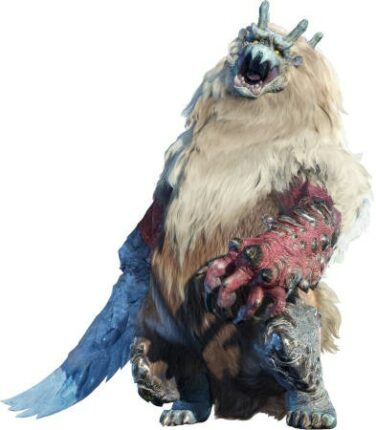 One of Rise’s new additions is Goss Harag, a fanged beast that’s already gaining a reputation among the community for being one of the toughest monsters to fight.

You can find Goss hanging out exclusively in the Frost Islands, which is fitting seeing as it loves to spam ice attacks constantly during battle.

Goss will inhale deep breaths of cold air before shooting out a deadly icy blast which can also be used to make frost blades along its arms.

Anytime you see Goss digging its blades into the ground, get ready to run because sooner or later they’re going to shatter and shards of ice will come flying your way. 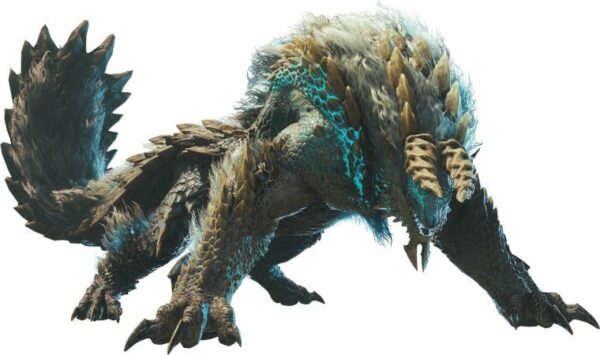 Zinogre is a thunder elemental fanged wyvern that can be found in Rise’s mountainous regions that uses a special charging ability to increase its power during battle.

It does this by summoning thunderbugs from a nearby area before draining them of their juice to power itself up and perform more deadly aerial and land-based maneuvers.

There are two levels to Zinogre’s charge, one where it’s surrounded by thunderbugs, and another which sees Zinogre’s fur pointed straight up in the air.

Once he’s at max charge, Zinogre becomes incredibly agile and can inflict thunderblight, so try to get some hits in during either of the two charge periods when he’s most vulnerable. 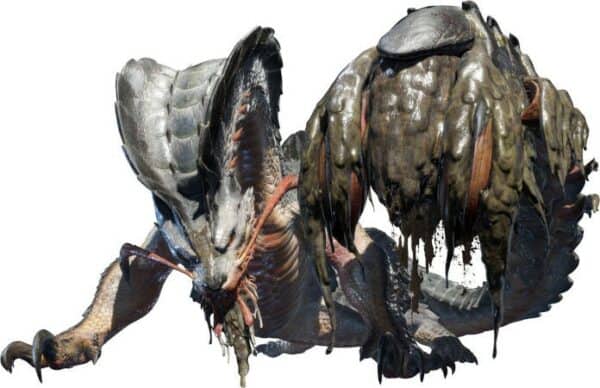 Another monster who debuted in Rise, Almudron is categorized as a Leviathan, a class of large wyverns that specialize in swimming and sit comfortably at the top of the food chain.

It normally resides in the mountains, though the events of Rise have caused Almudron to roam around the plains and forest areas looking for their next snack.

Equipped with a thick and powerful tail, Almudron likes to create massive mud waves by swiping its tail and digging itself deep into the soil before bursting out and leaping high into the sky.

Any Hunter caught in one of its mud attacks will experience limited mobility and lose health over time for a short duration, assuming Almudron doesn’t finish them off first. 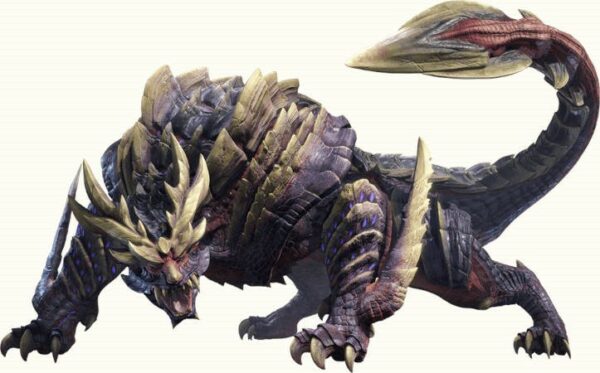 Few monsters in Rise are as aggressive as Magnamalo, a fanged wyvern that’s new to the series but has managed to quickly secure a spot among the apex predators.

Somewhat resembling a tiger, Magnamalo will overwhelm players with an onslaught of attacks from the moment the fight starts and never lets up until it secures a kill.

Its main weapons are its four-clawed digits and long serrated blades on each of its forelegs, allowing it to swipe and slash you from just about every angle.

In addition to its razor-sharp claws, Magnamalo can create mysterious purple flames along its body as well as shoot fireballs at the player.

It may be a bit of a cheat to include an Apex variant of a monster, but we’re willing to make an exception for a beast as menacing as Apex Rathalos.

Despite having its appearance limited to Rampage quests, at least at the time of this writing, Apex Rathalos wastes no time setting the tone for battle as soon as it arrives.

This includes firing off massive fireballs throughout the arena to destroy any turrets or other defenses you try to set up.

The one saving grace about these encounters is that you can die as many times as you like in Apex Rathalos’ Rampage quest, though we dread the thought of battling it out in the wild. 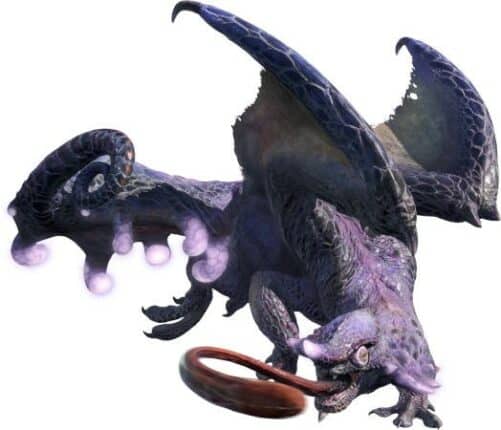 Signature move: Now You See Me, Now You Dead

The Elder Dragon Chameleos has become a huge problem for Monster Hunter players ever since it was added to Rise in an update for April 2021.

The biggest issue with facing Chameleos is its arsenal of poison-based attacks, namely its ability to blow puffs of poison clouds at you that rapidly chew through your health bar.

There’s also the matter of its’ cloaking ability in Rise, which allows it to turn completely invisible for a brief period before reappearing for a surprise attack.

Although you can eventually learn how to dodge and anticipate these maneuvers, it will take multiple fights (and failures) before you feel confident facing Chameleos. 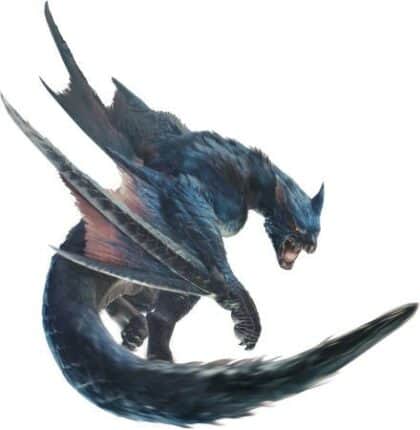 Aside from its nightmarish red eyes, the scariest thing about Nargacuga is that almost every part of its body can be used as a weapon against you.

Its go-to choices are typically its bladed wings and long spiked tail, namely the tail tip, which requires a white bar of sharpness or above to cut and can produce a rattling sound similar to a rattlesnake.

Nargacuga is also extremely fast, sneaky, and typically hangs out in dark or hard-to-reach areas like caves and high trees that can make capturing it difficult or outright impossible.

Combine this all with its habit of pouncing on Hunters from great distances and tall heights, and it’s easy to see why Nargacuga is one of the most feared enemies in the game. 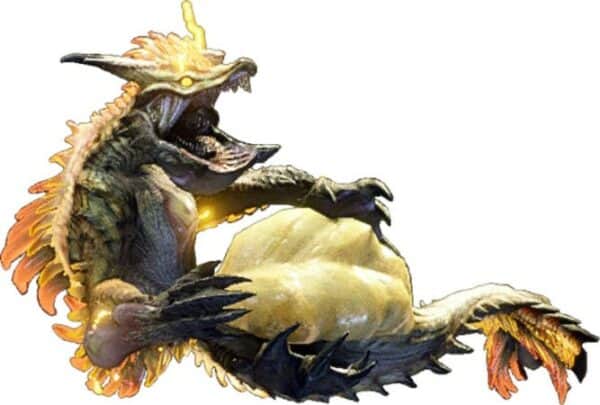 Considering the Thunder Serpent Narwa currently serves as the final boss for Rise’s Hub Quest, you can expect the fight to be anything but easy.

After all, this thing is an Elder Dragon with thunder attacks and telekinesis powers that ended up causing the Rampage event to happen in the first place.

It’s prone to using thunder attacks to spawn metal rock platforms from the ground as well as fire electricity beams and rings using the thunder sacs on its stomach.

If that all wasn’t enough, Rise splits Narwa’s fight up into three parts, meaning you’ll definitely want to spend some time preparing and take a deep breath before starting the hunt. 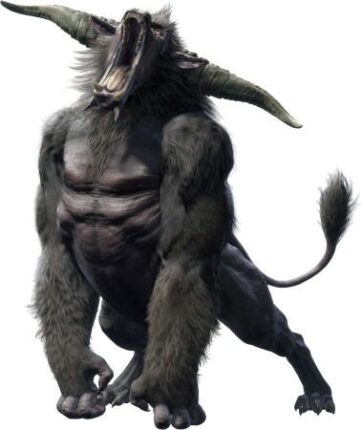 There’s no way around it, Rajang is without a doubt one of the toughest monsters to face in Monster Hunter Rise, and to be honest, it’s probably best to just stay away from this thing.

Categorized as a Fanged Beast, this gorilla-goat-monkey mashup from hell is not only one of the strongest monsters in terms of raw physical strength, but also one of the fastest you’ll encounter.

During combat, it likes to dart around the area dishing out attack after attack, sometimes shooting lightning out its mouth, other times pulling you close for a slam attack.

To make matters worse, Rajang can stun you quite easily, and while enraged, will start deflecting normal attacks, much to the dismay of blade users around the world.