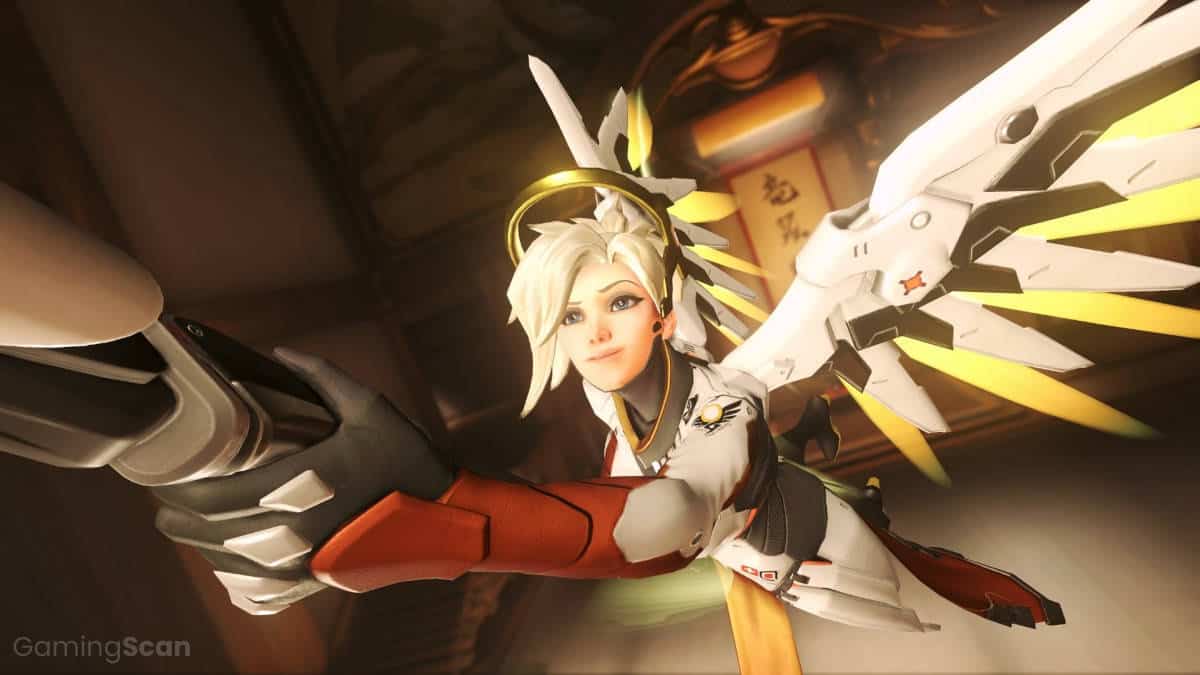 Overwatch’s guardian angel, Mercy is a reliable healer with the power to bring allies back to life and enhance their abilities using her Caduceus Staff.

In this Overwatch Mercy guide, we’ll highlight the best tips, tricks, and strategies for playing as the brilliant scientist and advocate for peace.

In contrast to many of other Overwatch Supports, Mercy’s playstyle revolves around consistent single-target healing, also known as “pocketing.”

Additionally, she has the ability to go from healing a teammate to boosting their damage instantly, allowing her team to focus damage and break through enemy barriers in a pinch.

While she may have weak weapon damage and poor mobility that forces her to rely on teammates, Mercy’s ability to bring players back to life with Resurrect is a tremendous asset to any team.

How to Use Caduceus Staff

Mercy’s primary weapon is her Caduceus Staff, which defaults to creating a healing tether on ally targets within a max range of 15 meters and a healing power of 55 per second.

When holding down the Caduceus Staff’s secondary fire, Mercy switches from a healing tether to a damage-boosting tether that increases her ally’s damage by 30%.

Depending on the situation, you may find yourself healing more than damage-boosting, and vice versa, though we recommend alternating between the two based on your team’s needs.

Note that either tether will break if the ally you’re targeting goes beyond the Caduceus Staff’s maximum range or moves out of your direct line of sight, such as behind a wall or the payload for a few seconds.

How to Use Caduceus Blaster

Mercy’s secondary weapon is her Caduceus Blaster, a small pistol with pinpoint accuracy that fires a stream of rapid-moving projectiles akin to D.Va’s Light Gun, at a rate of 5 rounds per second.

While its damage is relatively weak, namely at long range, the Caduceus Blaster’s close-range potential should not be overlooked, especially if you can consistently land headshots.

In addition, the weapon will automatically reload whenever Mercy switches back to using the Caduceus Staff after a short delay, saving you precious in-game moments.

However, you should keep in mind that it’s generally smarter to boost an ally’s damage rather than pull out Mercy’s Blaster since it leaves the rest of your team exposed.

How to Use Guardian Angel

By default, Mercy has pretty terrible mobility, limited to walking and short hops, so her Guardian Angel ability is a must for getting around the map and staying alive.

When you activate it, Mercy will fly over to an ally you select regardless of whether they’re alive or dead, allowing her to heal, damage-boost, or resurrect the targeted teammate.

Tethered allies are auto-targeted by default, but you can also manually select who you want to fly to as well as change these settings in the Mercy-specific controls menu.

With a short cooldown of 1.5 seconds and a max range of 30 meters, Guardian Angel is perfect for jumping between allies to heal them quickly or get away from potential threats.

How to Use Resurrect

The most powerful tool in Mercy’s belt is Resurrect, which previously let her revive her entire team but has since been reworked to bring a single target within a 5-meter radius back to life.

The revived teammate will respawn in the spot where they died with a brief period of invulnerability, during which they can still move but are unable to attack or use any abilities.

It’s incredibly useful in a pinch and can help turn the tide of battles, but only if you exercise good judgment in whom you bring back since it has a long 30-second cooldown that doesn’t reset upon dying.

The best approach is to prioritize certain teammates over others, primarily Tanks, though it can be more beneficial to resurrect a Support or DPS that has their Ultimate ability fully charged.

How to Use Valkyrie (Ultimate)

When activated, Mercy’s Ultimate Valkyrie will enhance the rest of her abilities while allowing her to fly freely in the sky and provide her with infinite ammo on her Caduceus Blaster.

Additionally, healing and damage-boost tethers will momentarily split to affect all allies within a set radius of the teammate she’s currently targeting.

While not as powerful as her original Resurrect, Valkyrie is excellent for making a comeback since Mercy can focus on multiple targets and quickly move around the map without relying on her teammates.

The only downside is flying high in the air leaves Mercy exposed to snipers like Widowmaker and Hanzo, so staying in motion and moving unpredictably are essential for survival.

Mercy is unmatched as far as healers are concerned, even though other Supports like Ana and Baptiste are better at providing heals to multiple teammates at once.

With both Resurrect and Valkyrie at her disposal, Mercy can play a big role in setting the tone and pace for battles and is often the driving force behind every comeback.

Although she works well with just about every team composition, some heroes stand to benefit from Mercy’s playstyle more than others, so below we’ll go over the best options.

Which Heroes Combo Best With Mercy?

The best healers in any game are often balanced out with a handful of weaknesses such as small healthpools, poor mobility, weak damage, and Mercy is no different.

When isolated, Mercy moves incredibly slow compared to other heroes, and many of her abilities have the unfortunate side effect of leaving her exposed for several seconds, namely Resurrect.

With that said, there are a lot of heroes who pose a threat to Mercy if her teammates don’t step in to protect her; below, we’ll discuss which ones to look out for most.

Which Heroes Does Mercy Struggle Against?

Mercy is a Support main’s dream character, complete with all the tools to keep a team alive and turn the tide of battles when things start looking bleak.

However, she can be tough to play as at higher ranks where players have a better sense of game mechanics and can find ways to isolate and focus damage on her.

As long as you have a good team backing you up, you should be fine, but here are some other general tips to take with you into battle. 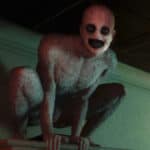