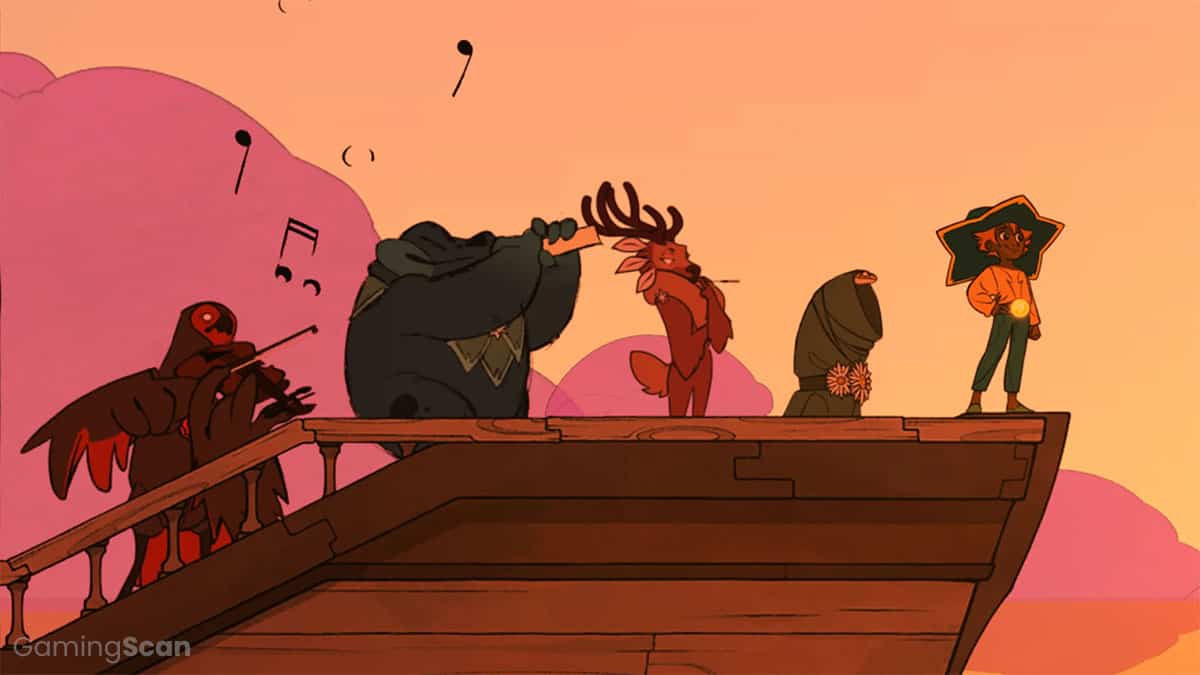 Throughout your time sailing across Spiritfarer’s world, you’ll encounter different Spirits who can be convinced to board your ship.

In this guide, we’ll show you how to get new passengers on your boat and provide a brief overview of every Spirit in the game.

How To Get New Passengers

Getting new passengers in Spiritfarer can be tricky at times. The game’s open-world design and NPC-reliant progression system can make it hard to keep track of the main path. Couple that with running around a giant ocean fulfilling requests, and it’s easy to accidentally skip past certain characters.

If you feel stuck and haven’t come across a new Spirit in a while, the first thing you should do is check each island you’ve already visited and see if there’s one you missed. Remember that Spirits you can recruit will have an aura of color surrounding them whenever you get close.

If you need a specific ability or boat upgrade before you can progress further, shift your focus to getting Obols or the necessary crafting materials. When all else fails, explore every nook and cranny of the map. While Spiritfarer contains plenty of empty patches of sea, you may be surprised to find there’s an island in that tiny corner of the map you didn’t bother to check out.

Spirits are portrayed as lost souls of the deceased who now inhabit Spiritfarer’s world. Stella’s job is to care for them and help them transition into the next world by bringing them to the Everdoor once they’re ready.

Once aboard Stella’s ship, spirit passengers will reveal their true forms as different animals. Along with getting them to the Everdoor, Stella is tasked with feeding, housing, and completing various requests for each passenger. There are 11 spirits in the game, and below we have provided a brief overview for each one.

Gwen appears as a tall female deer and comes from a wealthy, upper-class family. She’s the first Spirit you meet and can be recruited in Alt Harbor simply by talking to her. She specializes in weaving and introduces you to many of the core gameplay systems, including the Loom and Jellyfish mini-games.

Atul appears as a blue frog and was Stella’s uncle in his previous life. He’s the second or third Spirit you’ll encounter, depending on how you play the game, and can be found in Barkensheim Creek through the Sticky Fingers quest.

Atul is an expert handyman and will offer Stella wood planks and foraged berries. Lastly, he introduces you to the Thunderstorm mini-game.

Summer appears as a vegan snake wearing a robe and was the inspiration behind Stella’s decision to become a nurse. You’ll meet her either before or after Atul, depending on how you approach the game.

She can be found in Hummingberg after you unlock the Double-Jump ability from the Shrine. Summer specializes in meditation and gardening and will play music to crops to make them grow faster. Her mini-game is the Dragon, which allows you to gather Quartz, Aluminum, Silver, and Gold.

Gustav is a snobbish art collector who appears as a red and black bird. He can be found in Furogawa and requests you find his missing Woodblock Print before he’ll agree to join your crew.

To do so, you’ll first need to unlock the Icebreaker Upgrade for your boat before following his coordinates. As an esteemed collector, Gustav will sometimes give you valuable items, play music, and make sushi for the rest of the crew. His mini-game is the Firefly Event.

Alice is a sweet old lady who takes on the form of a mouse. She can be found in Mount Toroyama and will ask you to return a lost sheep to her corral before joining you.

She specializes in cooking and will sometimes give you food. Additionally, her wardrobe allows you to change Stella and Daffodil’s appearance, with more options becoming available as you advance her questline.

Astrid is a gossiping female lion that’s passionate about worker’s right and entangled in a complicated relationship with Giovanni. She can be encountered after recruiting Summer and Atul by visiting Bottom Line Corp.

Before you can recruit her, you’ll need to have a Mailbox installed on your ship and unlock the Double-Jump ability. Astrid is an expert smelter and will provide you with ores and occasionally fish.

Stanley is a small child who appears as a mushroom. To recruit him, you’ll have to first find a mysterious seed through the fishing mini-game, but only after you’ve brought at least one Spirit to the Everdoor. Once you have the seed, plant it in a garden, and wait for it to be ready to harvest.

When you pull it out of the ground, there’s a chance Stanley will appear before running to the Captain’s cabin where he’ll hide until you build him a home. Stanley likes to draw and will give you random Tchotchkes. After building his Playroom, you’ll be able to activate the Dust Shades mini-game.

Giovanni is Astrid’s cheating husband and is depicted as a male lion. He can be encountered by advancing Astrid’s Humble Abode questline, which sees you revisiting many of the islands in the Central Region.

Giovanni has an obsession with luxurious gifts and will occasionally give you jewelry. He also introduces you to the Meteor Shower mini-game.

Comprised of a bird and an ox, these two brothers possess tough-guy attitudes and aren’t afraid to speak their minds. To recruit them, you’ll first have to unlock the Rock Destroyer boat upgrade from Albert’s Shipyard before traveling to Southpoint Docks. The mini-game they’re associated with is the Pulsar Rays event.

Buck appears as a green bird meant to represent a friend of Stella’s sister who died at a young age. He can be found atop Hikarishima Lighthouse after unlocking the Bounce ability from the Shrine in Oxbury.

Regardless of the order in which you recruit each Spirit, Buck will be the last one aboard your ship and cannot be released at the Everdoor. He’s prone to issuing mini-errands to the player and introduces you to the XP Potion mini-game.

Having been a teacher in her previous life, Elena is a well-disciplined, tough mentor to Stella who appears as a dog wearing a robe. She can be found at the top of a hill in Crow’s End Inc. after unlocking the Mist Cleaner 1000 ship upgrade.

There aren’t any special perks for having Elena on board; instead, she tasks you with passing three challenges during the Pulsar Rays, Thunderstorm, and Gold Dragon mini-games. 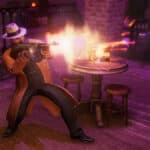