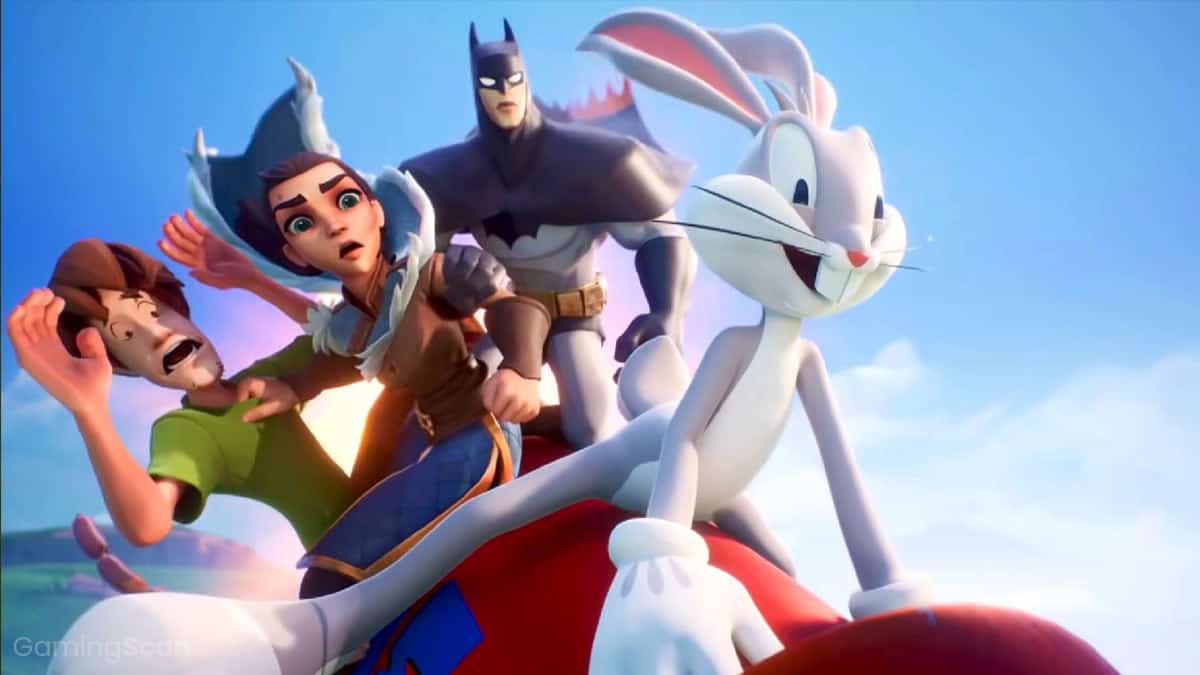 While it’s still too early to tell, all signs suggest that Warner Bros. has a hit on their hands with MultiVersus, a free-to-play platform fighter with a massive roster of crossover characters.

With appearances from DC Comics heroes and villains to iconic mascots like Bugs Bunny, Tom & Jerry, and even NBA legend LeBron James, not many games can compete with MultiVersus’ catalog.

However, that’s not likely to stop players from seeking out the best games like MultiVersus on Steam, PlayStation, Xbox, and Nintendo Switch once they’ve had their fix of crossover chaos.

To get started, we’re recommending MultiVersus players check out SpiderHeck, a new physics-based brawler that casts you and your opponents as lightsaber-wielding spiders.

Like MultiVersus, the goal of the game is to be the last player standing by knocking enemies off the stage using a wide array of moves.

This includes a web-swinging ability that lets you quickly move around the environment, dodge attacks, and recover before plummeting to your death.

In addition to laser swords, the game features several weapon types that allow you to explore different playstyles and strategies for securing your spot on the arachnid food chain.

Slap City is an indie platform fighter that draws heavy inspiration from the Super Smash Bros., putting it in the same ballpark as games like MultiVersus.

Set in the Ludosity universe, it features a diverse roster of fighters with wholly unique playstyles that function similarly to MultiVersus’ classes.

Battles see you trying to slap your opponents off the screen using powerful moves and abilities that offer the technical accuracy expected in a modern fighter.

Furthermore, the game can be played either competitively or casually across ranked, local, and online matchmaking with several mini-games included.

In this game, players duke it out for supremacy using a wide selection of fighters from hit indie games like Octodad, Downwell, Rivals of Aether, and Slay the Spire.

Much like in MultiVersus, you’ll find each Fraymakers character is equipped with a personalized move set complete with highly-detailed animations for every attack and ability.

Lastly, one of the game’s greatest strengths is its in-game creation tool which lets players craft and remix existing levels with new elements.

King of the Hat

Another notable addition to this year’s batch of new indie fighters is King of the Hat, a platform fighter developed and published by Hat Games.

The premise for this game is rather unique and sees characters booted off-screen the moment they lose their hat from an enemy’s attack.

With up to four players battling in the same arena, matches can become frantic very fast as everyone tries to destroy each other’s headgear while protecting their own.

The lack of startup animations for attacks can be jarring for players coming from MultiVersus while demanding split-second decision-making.

The end result is a fun and casual brawler where players of all ages and skill levels can take control of their favorite LEGO minifigures and step into the arena.

Like MultiVersus, each level is based on existing source material, in this case, a wide swath of LEGO themes from throughout the brand’s history.

Speaking of battle royale games, Rumbleverse is one of the most impressive recent additions to the genre while sharing some similarities with games like MultiVersus.

Developed by Iron Galaxy and published by Epic exclusively for their platform, this wrestling-themed fighter has up to 40 players competing to be the last player standing.

After dropping onto the sprawling cartoon world of Grapital City, you’ll have to punch and kick your way to victory while collecting power-ups to unlock new moves and takedowns.

This allows you to explore wildly different playstyles from match to match and hone your skills in satisfying meaty melee-based combat.

Next up is Hookbots, a casual indie platform fighter that introduces a unique grappling mechanic that sees players launching across the screen with unmatched mobility.

This is useful for avoiding obstacles and incoming attacks as well as smashing right into your opponent to chip off a piece of their armor.

Deal enough damage and your enemy will eventually be destroyed, netting you a win and more importantly, bragging rights.

The game includes 14 different game modes along with a suite of cosmetic items for customizing your bot to create the ultimate mechanical combatant.

Before MultiVersus was released, Nickelodeon All-Star Brawl was seen as the biggest threat to Nintendo’s beloved platform fighter series.

This makes sense once you take a closer look at the game’s star-studded casts of iconic Nickelodeon fighters from popular properties like SpongeBob, Avatar, TMNT, and the like.

Similar to MultiVersus’ roster, each character has been carefully crafted with attention to detail regarding their moveset, animations, and alternate costumes.

Now for something completely different! Samurai Gunn 2 combines the stage layout of platform fighters with frantic samurai brawling fun in one addictive package.

It also serves as the follow-up to Beau Blyth’s critically-acclaimed indie game where 1-4 players fight to the death using both a sword and gun.

Much like MultiVersus, Samurai Gunn 2’s combat and controls are easy enough to pick up while still providing enough room for complex strategies and maneuvers.

This includes the ability to climb walls, dash across the platforms, trick players into thinking you’re already dead, and get the drop on opponents by turning momentarily invisible.

In it, players join one of two competing teams and pick a role before facing off in head-to-head battles where the goal is to protect your hive while dismantling your opponent’s.

The queen and her workers function as different classes, each with their own designated weapons, functions, and tasks to carry out during a given match.

Like MultiVersus, Killer Queen Black supports cross-platform multiplayer with the added bonus of being able to communicate with teammates via in-game voice chat.

Our next suggestion for MultiVersus fans looking to expand their horizons is to pick up Rounds, a 1v1 roguelite shooter that ramps up the action with every battle.

The twist with this game is that the losing player of each round is given an opportunity to unlock clever upgrades to counter their opponent.

This leads to unpredictable matches where players can mix and match over 65 unique powerup combinations to blow away the competition.

Coming from the mad geniuses behind Totally Accurate Battle Simulator and the previously highlighted Rounds, Stick Fight: The Game is another platform fighter like MultiVersus.

Taking its cues from classic internet stick figure fighters, the game has up to four players fighting to the death across 100+ unique stages.

Each one features an assortment of traps, weapons, and hazards that can be used for or against you, including deadly laser guns, paralysis-inducing snakes, and more.

Last but not least, as mentioned with several other entries on this list, Stick Fight supports online multiplayer across its PC, console, and mobile versions.

Another popular platform fighter with its roots in Smash-inspired combat, Brawlhalla is all about having frantic and chaotic fun with a wide range of characters.

Over 40 of them to be more specific, each covering a diverse swath of themes and playstyles that can be a blast to explore and master with the game’s simple controls.

Most modes are framed around the standard platform fighter format: knock opponents off the stage, keep yourself alive, become the last player standing.

Like MultiVersus, Brawlhalla’s roster is packed with crossover characters based on beloved TV show, movie, and video game properties that keep things fresh and exciting.

While we patiently wait for the release of a fully 3D sequel, now is the perfect time to check out what Rivals of Aether is all about.

Designated as either Fire, Water, Air, or Earth, each Rivals fighter has a dedicated moveset that adds a unique ebb and flow to combat.

MultiVersus fans, in particular, will enjoy climbing up the ranks in online leaderboards and making a name for themselves in the Rivals of Aether competitive scene.

Our next suggestion for games similar to MultiVersus is Fight of Animals: Arena, a multiplayer brawler inspired by viral memes.

In it, up to 4 players take control of muscular animals and duke it out in meme-inspired battles across a variety of stages with powerful items and attacks.

The first thing you’ll notice while playing this game is just how simple and straightforward its controls are, with only four buttons and directional inputs.

To this point, it’s easy to pick up and play but offers a surprising amount of depth for those looking to dominate the animal kingdom.

Building off of the original Lethal League, it sees players striking a baseball that increases in speed with each successive hit until eventually reaching breakneck speeds.

The goal is to outlast your opponent long enough for them to trip up and get smacked by the ball before falling off-screen.

This simple premise is explored in some interesting ways, including alternate game modes and game modifiers that allow you to tailor the experience for you and your friends.

Since there’s nothing quite like the real thing, the final game we recommend playing if you like MultiVersus is none other than Smash Ultimate.

Having received years of updates and DLC characters, the game is a platform fighter fans’ dream come true and boasts one of the most fervent competitive scenes in gaming.

What’s more, it features a well-rounded roster of fighters with extremely varied playstyles tailored for every type of player.

MultiVersus players will feel right at home trading fisticuffs on an array of themed stages with dynamic background elements and game-breaking items that can be toggled off. 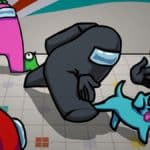