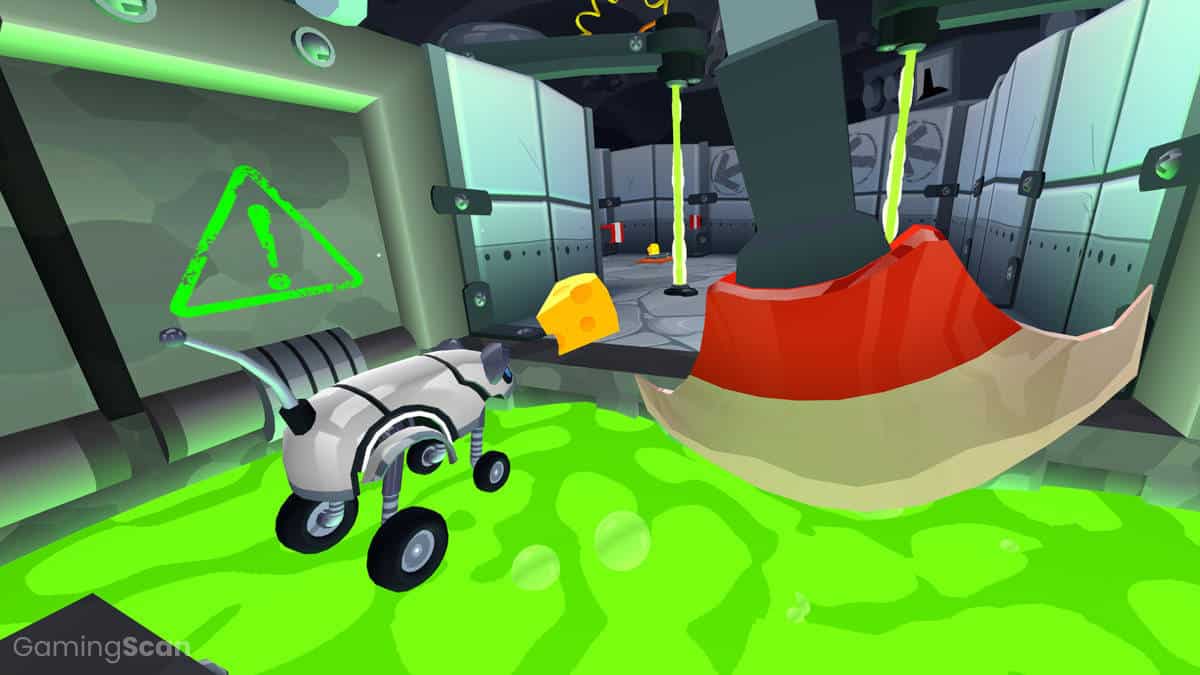 If you’re looking for a new endless runner game with action-packed levels, tricky obstacles, and addictive gameplay, then you’ve come to the right place.

From endless skateboarding games to parkour runners and everything in between, we’ve researched the most unique and interesting runners to cure your smartphone boredom.

We’ll be updating this list in the future with new titles, so make sure to check back and let us know if we missed any of your favorite runner games!

Alto’s Odyssey is a follow-up to Alto’s Adventure and has you reprising your role as a snowboarding hero, this time swapping out endless snowy slopes for endless sandy dunes.

Players can build momentum by flinging Alto into the air and perform stunts such as somersaults while speeding through atmospheric environments with stunning 2D visuals.

The addition of wall rides and a laid-back Zen mode allows for more flexibility in how you approach the game, giving you the option to chill out and enjoy Odyssey’s moody soundtrack.

Next up, Box It Up! Inc. is an endless action-puzzle game that has you sorting boxes on a conveyor belt to ensure they go to the right lane before they’re wrapped and shipped out.

Each box is assigned a red, yellow, or blue color, allowing you to stack and organize similar boxes while dealing with various obstacles in your way.

Workers will often dump boxes on the conveyor belt, you may need to place packages into boxes yourself, and game-changing power-ups require you to complete a fast-paced mini-game.

In Crashy Cats, you play as a mischievous kitty smashing its way through various houses, offices, and even museums to cause as much damage as possible.

Along the way, you collect coins to spend on stylish hats for your cat and show them off throughout an abundance of 2D pixel art levels.

There are also other cats to recruit during your many travels to create a mesmerizing feline conga line and a special bonus stage inspired by the viral Nyan Cat.

The PAKO games revolve around endless car chases with increasingly bizarre stakes, special weapons, and random world events that will have you questioning reality.

PAKO Forever is the third entry and arguably the weirdest of the bunch, dropping you in an assortment of chase scenarios where you’ll have to avoid getting rammed by the police even once.

This proves rather challenging at first, but once you get a hang of drifting and how to snake around obstacles, you’ll get further and further until you start encountering UFOs, volcanoes, and more.

If you never got a chance to play the futuristic hoverboard game Power Hover, then consider giving its spin-off, Power Hover: Cruise, a shot for some endless running fun.

In it, you play as a hoverboard-riding robot navigating through vibrant 3D levels filled with deadly lasers, passageways, projectiles, and more.

While some levels are a lot more challenging than others, they all do a great job of creating satisfying moments where you feel like you’ve narrowly escaped death.

Inspired by games like Canabalt and Super Hexagon, Infiniroom is an auto endless runner that sees you guiding a hero through an ever-expanding room littered with electrified boxes they must avoid.

Over time, the game tries to raise the tension by reshaping the room, expanding, shrinking, and even chopping off certain sections while adding more hazards and traps.

There are a total of six different runners you can unlock, each with special powers that will help you survive, and global leaderboards where you can compete against other players.

Our next recommendation for endless runner fans is Flipping Legend, which adds RPG-inspired upgrades to enhance your character’s already impressive jumping abilities.

You make your way around a path resembling a chessboard, leaping diagonally from tile to tile trying to avoid obstacles while taking out enemies.

It’s a lot more demanding than many of the runners we’ve already highlighted and imposes harsh penalties for taking damage, though you can acquire power-ups to make swing the odds in your favor.

MouseBot tasks you with guiding a mechanical mouse through extraordinary traps created by a team of deranged cat scientists in their CatLab.

You’ll have to dodge an array of lethal contraptions including crushers, roller graters, land mines, lasers, and moving platforms above vats of melting acid on a quest to collect cheese and ultimately escape.

There are a total of 65 levels that will test your skills and reflexes as well as reward you with piles of cheese you can use to purchase new cosmetics for your robotic mouse.

Crash Bandicoot: On the Run!

The Crash Bandicoot series is known for having platforming levels that resemble long hallways, making it the perfect candidate for an endless runner spin-off.

In Crash Bandicoot: On the Run, you control either Crash or his sister Coco as they run through corridor levels avoiding obstacles, blowing up TNT blocks, collecting Wumpa fruit, and battling bosses.

It features similar environments to the main games as well as many game mechanics that have been repurposed to better suit an endless runner.

Mars: Mars takes a rather unique approach to endless runners, one that shifts from focusing on quick reaction times in favor of calculated and precise movements.

You’re tasked with guiding an astronaut from platform to platform using rocket thrusters on either side of their suit, making careful adjustments to ensure you land in the right spot.

The goal of the game is to get as long of a streak as possible without blowing up and there are multiple themed levels and characters to play as.

While the console version of Sonic Boom was ultimately a disappointment for fans, this mobile spin-off manages to pin down what makes Sonic fun through the lens of an endless runner.

As a result, Sonic Dash 2: Sonic Boom is very action-packed and fast-paced to the point of feeling intense at times as you guide Sonic and his friends through tunnels and sprawling lush environments.

There are several obstacles to look out for, namely spike pits and aggressive crabs while completing missions and daily challenges using each character’s special ability.

Into the Dead 2 and its predecessor are two of the most polished mobile experiences that perfectly blend endless runner gameplay with survival elements.

It tasks you with running through moody and atmospheric environments overrun with zombies where you’ll have to use what weapons and resources you can scavenge to stay alive as long as possible.

Along the way, you can encounter dog companions, tower defense sections, daily events, bonuses, and a variety of different weapons and upgrades.

If you’re a fan of endless runners like Subway Surfers, then there’s a good chance you’ve already heard of Talking Tom Gold Run, which shares many similarities.

The premise here is that a raccoon thief has stolen some gold bars from Talking Tom, prompting him to try and retrieve them by chasing down the criminal.

As the thief runs in front of Tom, gold bars will frequently fall out of his bag which Tom can collect to spend on upgrades for his home and other in-game items.

Binary Dash is a popular side-scrolling endless auto-runner where players must tap to jump and flip their character upside-down to walk on an alternate version of the level they’re traveling through.

Doing so allows you to avoid hazards such as spikes, spiders, and fire as well as collect yellow coins to unlock new skins for your character.

It’s remarkably fast-paced and straightforward, making for one of the best endless runners to kill time with, especially once you’ve unlocked all the bonus levels and “Hard” difficulty.

Temple Run has been around for quite some time, a decade to be exact, and since then has received a sequel that builds off of the classic endless runner’s addictive formula.

In Temple Run 2, players must tilt their smartphone to direct their runner down endless ancient ruins corridors while a giant beast chases after them.

Related:Best Games Where You Play As A Monster 2022

The sequel sports several improvements over the original, including faster movement speed, more level diversity, and better-looking graphics and performance.

Another sequel to a popular endless runner that improves upon the original format is Jetpack Joyride 2, which casts you as the hero Barry Steakfries as he battles Professor Brains and a crew of evil villains.

While some may argue that these additional features make Jetpack Joyride 2 feel overly complicated compared to the original’s simple design, the extra level of challenge makes for a more rewarding experience.

Crossy Road remains one of the most popular endless runners on mobile and has seen countless spin-offs and crossovers with brands like Disney and Pac-Man.

Its formula is quite simple: you guide a character forward by crossing streets and rivers, making sure to avoid any cars or other obstacles, and collect as many coins as you can.

This can provide some simple entertainment for just a few minutes or even an hour if you invest time trying to unlock new characters or compete with friends in online/local multiplayer.

No list of the best endless runners would be complete without Subway Surfers, which has gone on to influence countless other games in the genre.

You control a kid graffiti artist as they flee from authorities by running and jumping across train tracks, moving train cars, and even the trains’ power lines while avoiding being hit or getting caught.

There is an assortment of power-ups such as a hoverboard and jetpack which can help you survive for longer and climb up the game’s leaderboards. 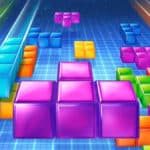