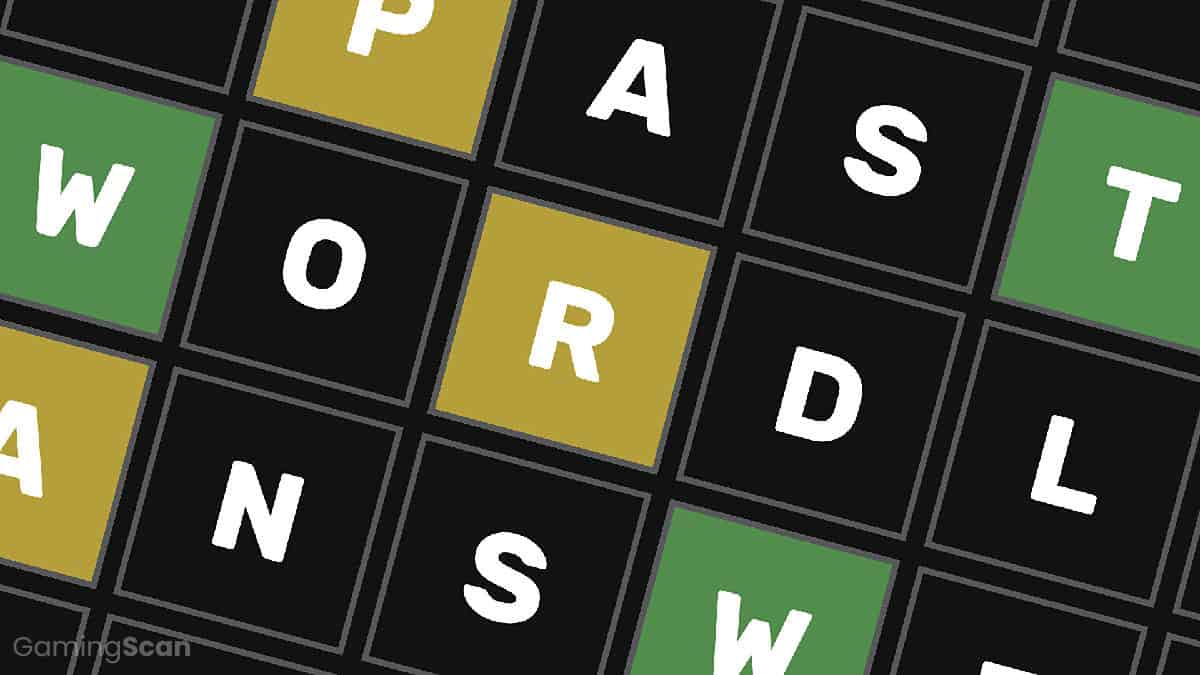 Games like Wordle are great for a quick burst of fun with engaging puzzle gameplay that will leave you scratching your head as you try to complete each daily challenge.

Even if Wordle is the most popular word game of its type, it’s far from the only one out there, with countless titles modeled after the hit guessing game.

In this list, we’ll highlight the best games like Wordle for mobile and PC that offer daily puzzles where you have to guess the correct letter, number, picture, or sound.

This includes the best word games and the best free games like Wordle that we could find out in the wild.

With that said, let’s discover some fun new Wordle alternatives! 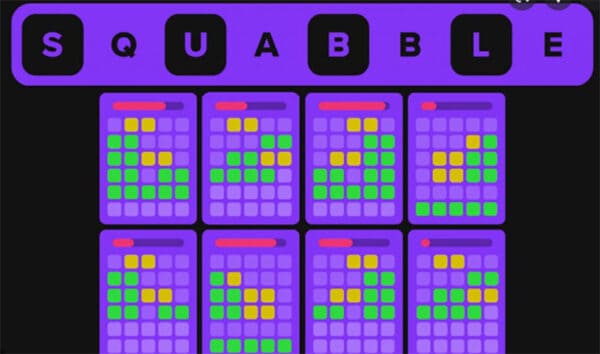 To get started, our first recommendation for Wordle fans is Squabble, a competitive multiplayer take on the popular word game.

Each round sees you facing off against random players or friends in fast-paced word-guessing showdowns where incorrect answers take away health and correct answers replenish it.

Players who run out of health are eliminated from the game until there’s only one person left standing to come out victorious. 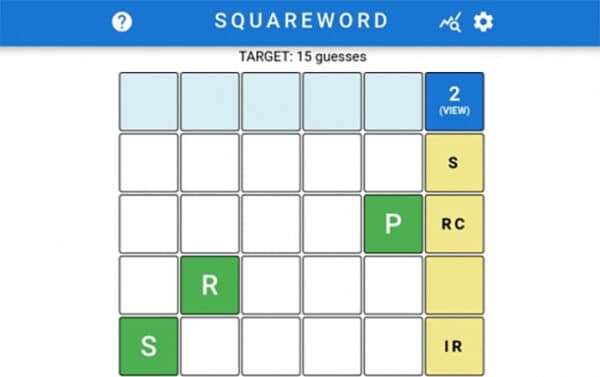 Next up is Squareword, another Wordle-like game with daily challenges that ups the ante by having you guess across a 5×5 grid.

The game provides you with 14 guesses to solve a total of 10 words that can appear either horizontally or vertically across the board.

Each letter you place correctly will appear in multiple words, allowing you to build momentum and make a comeback even when it seems like you’ve lost. 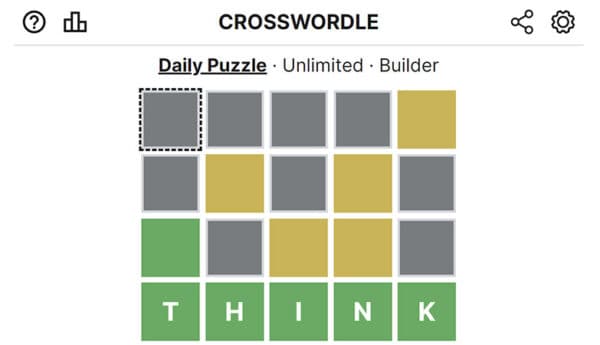 Crosswordle flips the Wordle formula on its head by providing players with the right answer at the start of the game.

The goal then becomes to fill out the rest of the puzzle by working your way from the top down, with green squares indicating correct placements and yellow incorrect.

Gray squares indicate the letter you placed isn’t in the final puzzle, leaving you to rack your brain trying to guess the correct letter that fits. 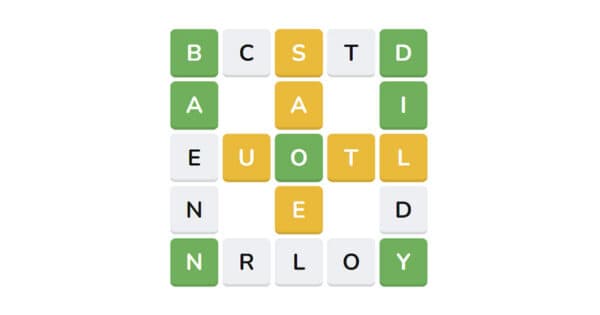 The deliciously-titled Waffle offers Wordle-inspired gameplay only with six words and the luxury of being able to drag and drop letters.

At the start, you’re presented with a grid with every letter you’ll need, though most of them are in the wrong location.

Working your way across the board, you’ll try to solve six different words—three across and three down, using up to 15 letter swaps. 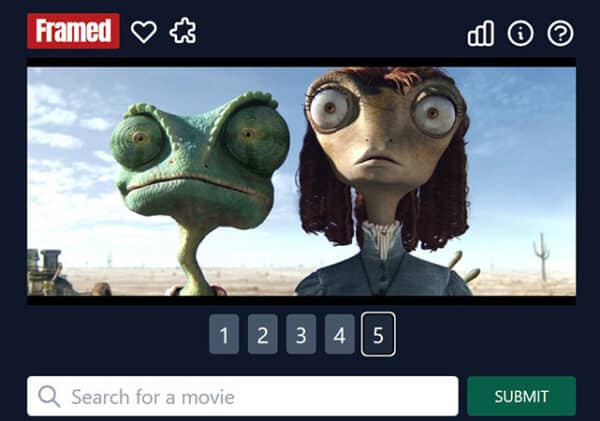 Putting its own spin on guess-based gameplay, Framed is what you get when you combine Wordle with a love for movies.

Players are shown a single frame from a movie and must guess which film it is using context clues and their existing knowledge of cinema.

You have a total of six guesses to name the correct film, and each wrong guess earns you a new frame to help nudge you in the right direction. 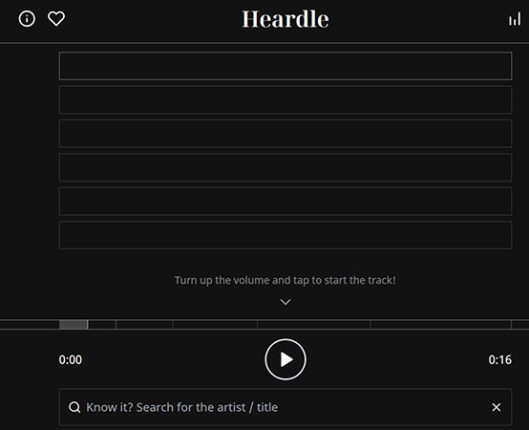 Heardle is another guessing game that puts a unique twist on the genre by incorporating brief snippets of audio from recognizable songs.

The goal here is to identify the song in six or fewer guesses, with your first guess based solely on one second of audio from the song’s intro.

Guess wrong and you’ll get a couple of more seconds, and so on, and so forth; there’s also a helpful auto-fill tool for narrowing down the song by its performer. 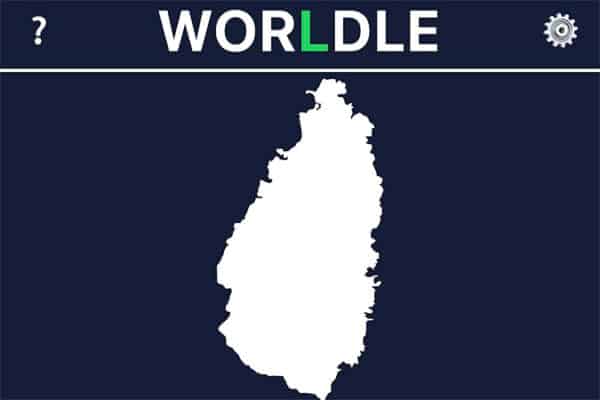 Despite their similar spelling, Wordle and Worldle are two completely different games, with the latter incorporating geography into its gameplay.

Each round tasks you with correctly identifying a country based solely on its shape, with incorrect guesses revealing how far and in what direction you need to go to arrive at the right location.

Much like Heardle, the game includes an auto-fill feature that will complete the rest of a country’s name in the likely event you don’t know the full spelling. 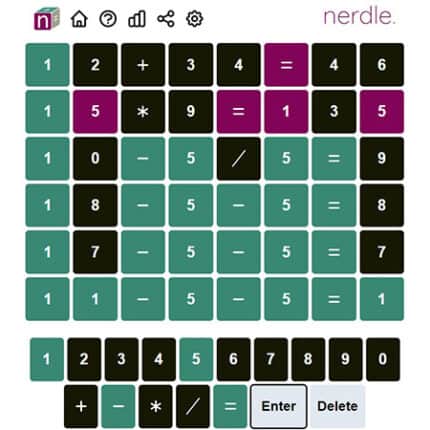 If you’re less of a word and map person and more interested in numbers, Nerdle is going to be one of your best options for guessing puzzle game fun.

Like Wordle, it doles out daily challenges where players have to fill in a blank, only in Nerdle, it’s a new calculation using both numbers and operations.

While mathematical in nature, there are also visual clues players can use to get closer to the answer, such as the placement of certain digits and symbols on the grid. 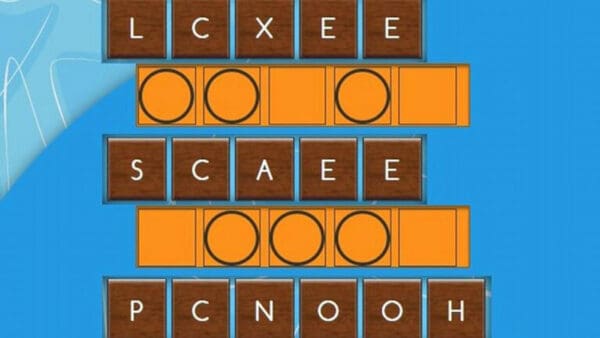 Jumble is another classic word game that poses a puzzle-like challenge to its players where the goal is to decipher a daily set of anagrams.

Like Wordle, it’s best recommended to those with serious wordsmithing skills and a deep vocabulary to pull from when stumped.

With that said, there are several variants of Jumble tailored for different audiences, including a version made specifically for kids. 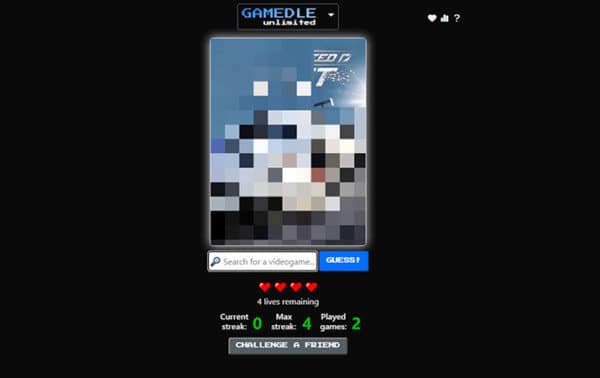 If you’re reading this, there’s a good chance you like playing other video games besides just Wordle.

Why not leverage your video game knowledge with a game like Gamedle, which tasks you with guessing a specific video game title based solely on its box art.

You’re given six guesses to narrow down the name, and each failure or skipped guess reveals a chunk of the game’s pixelated artwork. 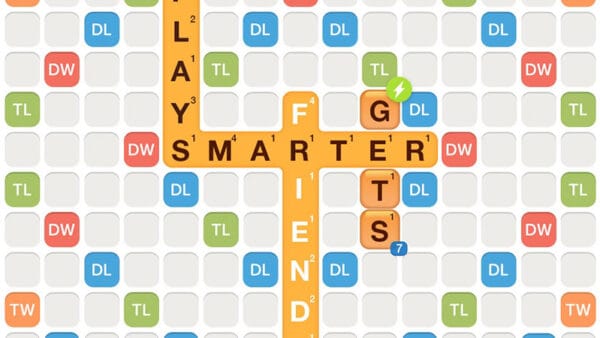 Seeing as Wordle is a spiritual successor to Words With Friends, it seems only right to include the direct sequel to the popular mobile game.

Building off of the original format, Words With Friends 2 has you competing against other players to unscramble letters and locate the highest-scoring words.

The sequel introduces a host of improvements designed to streamline the experience while making it more engaging to play with friends and family. 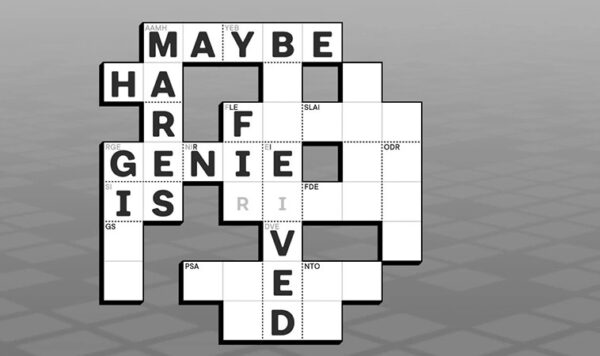 Arguably the most different game from Wordle on this list, Knotwords manages to scratch the same word game itch while combining crossword puzzles with Sudoku rules.

The result is a surprisingly fun and challenging puzzler with daily sets of letters that must be arranged in the correct order so that each row and column forms a real word.

This requires you to fill out the entire grid while working within the confines of certain restrictions that prevent you from placing letters on specific tiles. 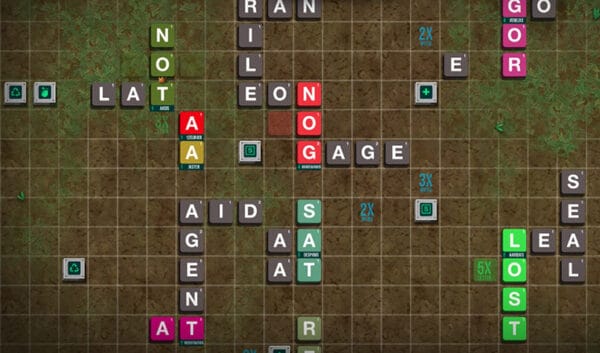 Next up is Babble Royale, another casual puzzle game that combines word-making skills with chaotic multiplayer madness.

At the start of each match, players drop down on a grid-like battlefield before getting to work creating words while avoiding a continually-shrinking red perimeter.

When all’s said and done, the last player standing is rewarded with a boatload of money and loot for upgrading their abilities. 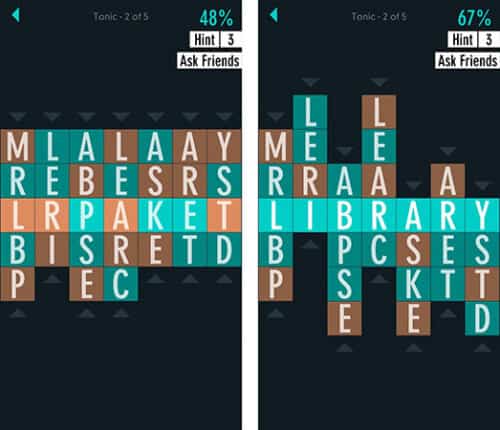 TypeShift is another good Wordle alternative that ups the degree of challenge by having you create words moving around a set of letters.

This is done by sliding each letter up and down until you’ve made a real word, at which point the game marks that particular letter a different color.

The goal is to use every letter at your disposal and have them all change color—a feat that’s much easier said than done the further you progress. 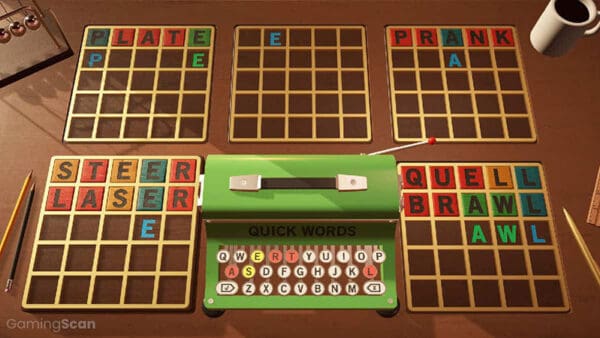 Last but not least, Quick Words is a great option for those looking to decompress after a stressful day with some low-stakes word game fun.

Similar to Wordle, each daily challenge has you guessing a different five-letter word based on procedurally generated patterns determined by the game.

Inputting guesses requires you to use an in-game typewriter keyboard with surprisingly tactile feedback as relaxing lo-fi music plays in the background. 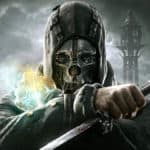