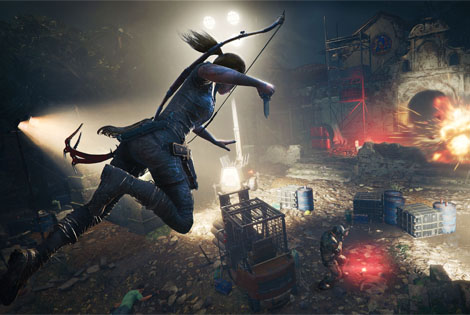 Shadow of the Tomb Raider has been released, and just like all other major games, there will be a lot of people who experience a sub-optimal gaming experience due to lag. We want you to have the best possible gaming experience, which is why we make these game optimization guides.

Minimum System Requirements For Shadow of the Tomb Raider

Recommended System Requirements For Shadow of the Tomb Raider

If you’re using a laptop, ensure that the battery mode is set on “High Performance” instead of “Balanced.” Furthermore, ensure that your GPU drivers are up-to-date as new releases often come with a patch from NVIDIA and/or AMD the same day or a couple of days before.

If you have an NVIDIA GPU, then follow the steps below to optimize your NVIDIA settings.

Let’s now optimize the actual game settings in Shadow of the Tomb Raider. We’re aiming for a stable 60 FPS with a GTX 1060 on 1080p. Please adjust accordingly.

Switch to the Graphics tab now. Here are our recommended graphics settings for Shadow of the Tomb Raider.

We recommend that you disable OneDrive if you’re not utilizing it. Right-click on the OneDrive icon on your taskbar and click on Exit.

If you happen to use Discord, then ensure that you optimize it as well to boost your FPS in all games while Discord is running.

You can also turn off hardware acceleration in Google Chrome so that background applications executed by Chrome do not consume too many resources when you’re playing.

You can also use CCleaner – the free version will do the trick.

Now restart your PC to ensure that your PC and Shadow of the Tomb Raider is well optimized.