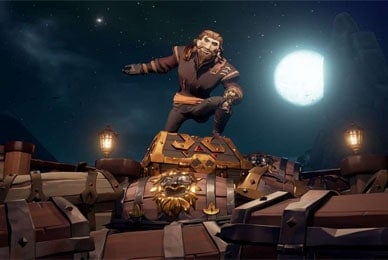 Rare spent four years developing this game from the ground up, and it’s actually pretty well optimized. You can play this game on even the lowest-end computers. But if you’re experiencing lag for some reason and want the best possible graphics at the same time, then follow our guide below. It’s pretty generic as there’s not much graphics altering available in the game, so most of the optimization has to be done off the game.

So first and foremost, look at the minimum and recommended game requirements below, and tune your graphics according to those. The game should already have adjusted the graphics settings based on your specs, but just look below to make sure you’re it was correctly set.

Let’s start with the basics – optimizing your PC a bit.

We also recommend the free version of CCleaner.

Now it’s time to optimize Discord. Sea of Thieves is best enjoyed when playing with friends, so it’s no wonder that a majority of players are using Discord for communication. But you need to optimize it if you want to boost your FPS in all games, not just Sea of Thieves.

If you want Chrome running in the background, then we recommend that you optimize that as well. This optimization will also boost your FPS in all your games!