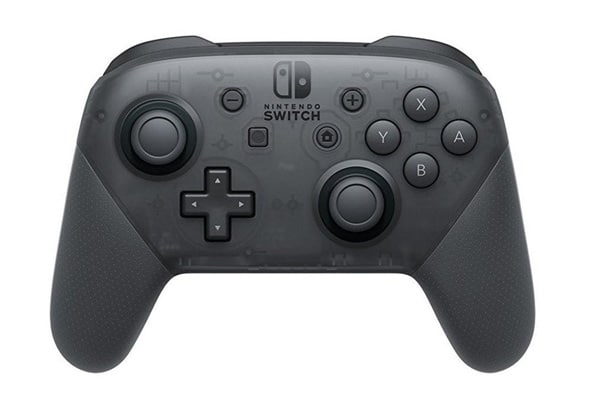 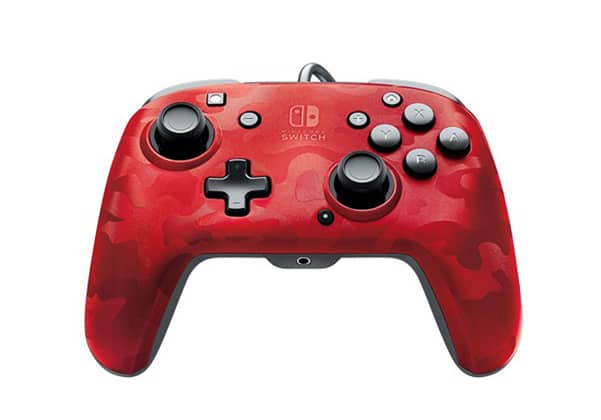 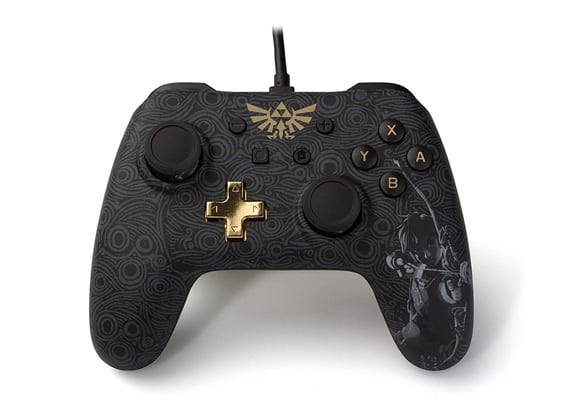 The Nintendo Switch is arguably the most versatile game console ever created. A large part of its appeal stems from the ability to play in either handheld or docked along with support for a multitude of first and third-party controllers. Whether you prefer Joy-Con, Pro controller, or something else, you’ll find there’s a seemingly infinite number of ways to play to games on your Switch.

So which controller is perfect for you? Here, we’ve highlighted some of the best Nintendo Switch controllers with price, quality, comfort, and functionality in mind. We’ll be updating this list in the future as new controllers become available, so make sure to check back.

Kicking things off, we have Nintendo’s very own controller, the Switch Pro Controller. This thing is great for playing games in docked mode and a lot more comfortable than using the Joy-Con grip.

Although it can be quite pricey, you’ll find it has all of the same amenities of the Joy-Con including motion controls, HD rumble, and Amiibo functionality. To top it all off, the Pro controller has one of the longest battery lives of any wireless controller, with a single charge yielding about 40 hours playtime. They also come in a variety of different colors and styles. 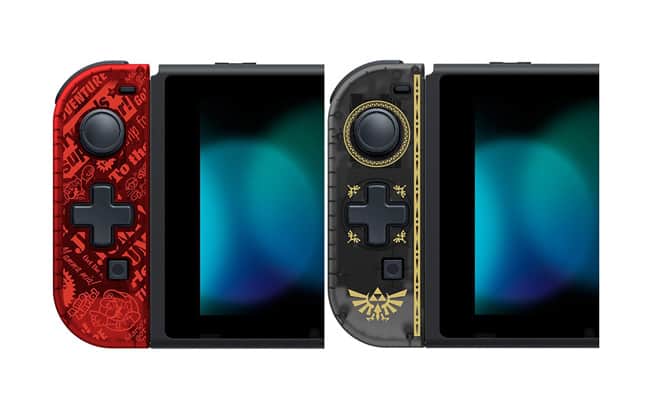 As much as we love the stock Joy-Con, it’s disappointing that Nintendo opted to include a true D-pad into their design. This can make playing games like Super Mario Maker 2 and Mortal Kombat 11 a nightmare for some, as joystick inputs aren’t the most accurate. To remedy this, we’re including Hori’s D-Pad Joy-Con, which replaces your left-hand Joy-Con with one sporting a D-pad.

Although the controller is officially licensed by Nintendo, it only works when connected to the Switch tablet itself and isn’t wireless like the stock Joy-Con. It also lacks support for HD rumble but hey, it has a D-pad! 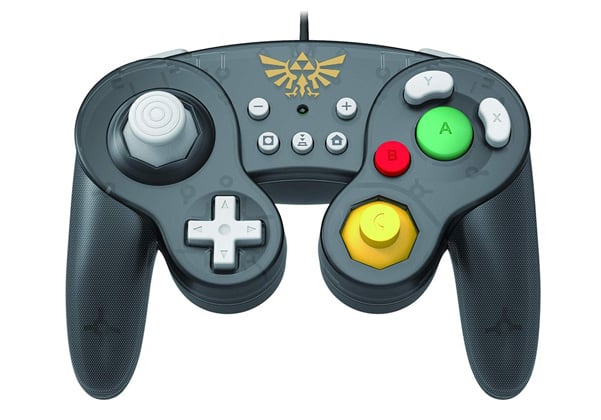 If you enjoy games like Smash Ultimate, chances are you’ll prefer using a controller similar to that of the GameCube. While Nintendo does offer an adapter to connect your original GameCube controller to your Switch, there are some less complicated options available on the market. The Hori Nintendo Switch Battle Pad features a simple plug n’ play set-up that includes a generous 10 ft. USB cable and an accurate recreation of the GC’s control scheme.

GameCube purists may be a bit put off by the controller’s matte finish and somewhat awkward trigger button placement; however, we still consider it to be a great budget-friendly option that doesn’t sacrifice accuracy or speed. Additionally, it comes in a variety of colors and styles inspired by popular Nintendo properties like The Legend of Zelda, Pokémon, and Super Mario. 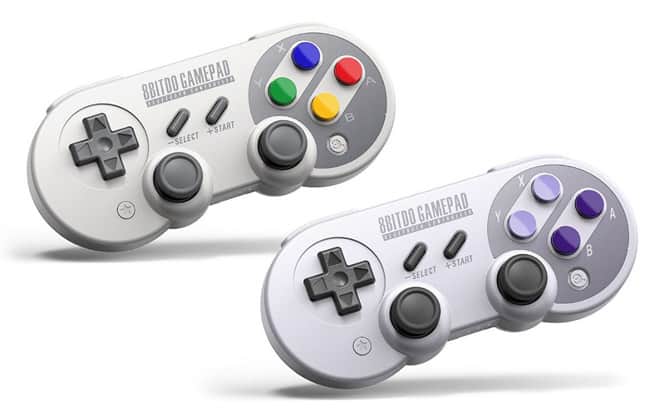 8Bitdo is a well-known brand that offers players a myriad of options when it comes to retro-style controllers. Among these is the SN30 Pro controller, which boasts a full button layout, clickable joysticks, rumble support, motion controls, wireless functionality, a rechargeable battery, home and capture buttons, and a proper d-pad.

Additionally, the controller comes with a USB cable, ensuring you can still play even if the battery runs out. They come in two color schemes—SNES and Super Famicom. 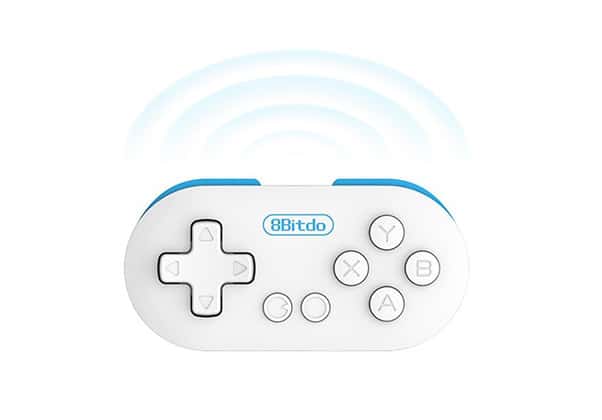 The fact that you can easily pick up your Switch and bring it with you to any party or event is truly awesome. However, it sucks to get there and realize you don’t have enough controllers for everyone to play. The 8Bitdo Zero Gamepad offers a more compact and price-friendly alternative to the Joy-Con and really come in handy when playing games like Mario Kart 8 or Super Mario Party with friends.

Despite its tiny 3-inch size, the controller is surprisingly comfortable to hold and features buttons made from silicon, giving them a much softer feel than those of the stock Joy-Con. Lastly, an 18 hour battery life makes this the ideal controller option for traveling.

If you’re someone who mainly plays docked, consider picking up the PowerA Nintendo Switch Wired Controller. Officially licensed by Nintendo, this controller offers many of the same features as Nintendo’s very own Pro controller sans Bluetooth, motion controls, HD rumble, and Amiibo support.  However, at half the price of the Pro controller, it’s an excellent budget-friendly alternative.

Similar to the Hori Battle Pad, set-up is as easy as plugging it into your Switch via USB with an included 10 ft. detachable cable. Additionally, it includes six interchangeable analog caps for customizing, a metallic D-pad, soft-rubber grips, and comes in a handful of Nintendo-inspired designs based on The Legend of Zelda and Super Mario. 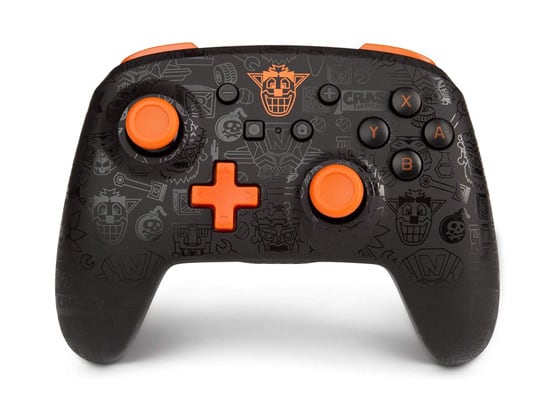 Although a bit pricier than its wired counterpart, the officially-licensed PowerA Enhanced Wireless Controller is a worthy replacement for the Pro Controller with one caveat—you’re going to need AA batteries to power the sucker. For some that may be a deal breaker but if you don’t mind keeping a steady stock of batteries or investing in some rechargeable ones, you’ll be rewarded with an amazing third party controller.

Features include a metallic D-pad, full controller layout, LEDs for power, button mapping, player order, and low battery warning, and two AA batteries for up to 30 hours of playtime. While the controller offers motion controls, unfortunately you won’t find Amiibo or HD rumble support. Additionally, it comes in a variety of colors and styles beyond just Zelda or Mario, including one rather sleek design inspired by Crash Team Racing. 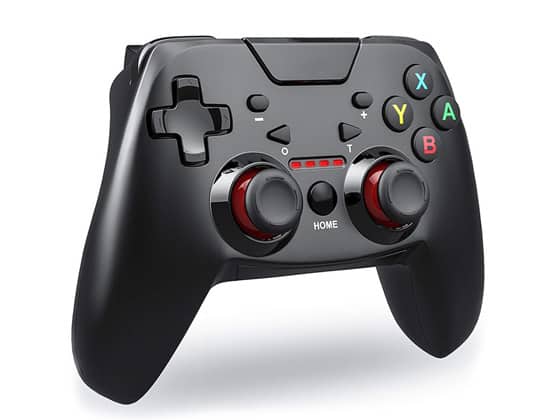 The Esywen Wireless Controller stands out for having the most customization options of any controller on this list. Included are adjustable turbo as well as multiple options for rumble strength (strong, medium, and weak). It retains the motion controls of Nintendo’s Pro Controller and comes with a three-year warranty in case you run into any problems.

This does come at the loss of Amiibo functionality and a weak 10 hr. battery life but at half the price of Nintendo’s controller, you’re bound to see some tradeoffs. Additionally, it only comes in one color and has a similar joystick placement as the Dualshock 4 controller, which may be a plus for some and a letdown for others. 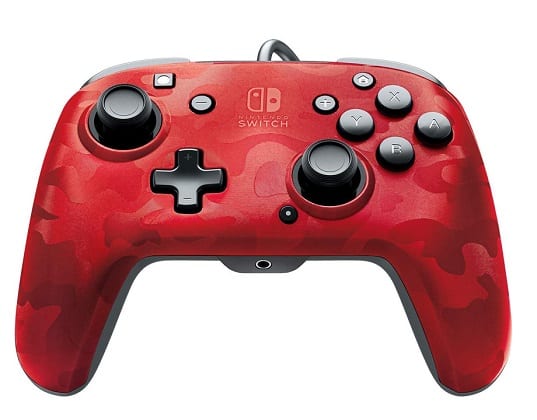 Next up, we have the PDP Faceoff Deluxe+ Controller, another wired option that can serve as a great back-up or even an alternative to the Pro controller. It’s officially licensed and has a 3.5mm audio jack that supports in-game audio and USB chat, a feature rarely offered in third-party Switch controllers.

The controller also features mappable back-paddle inputs, allowing you to create shortcuts and customize the controls for certain games. Lastly, it comes in four different colors that can be swapped out with different faceplates. 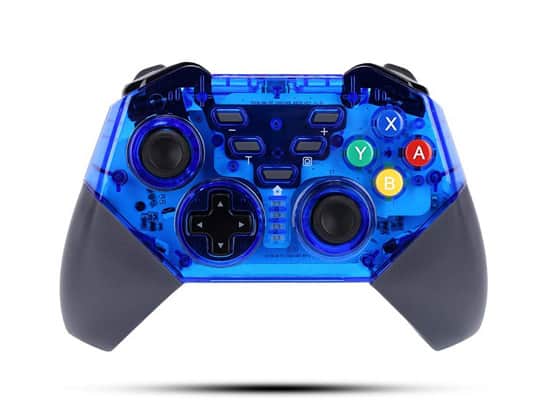 Last but not least, we have the beefiest controller on this list, the Kingear Wireless Switch Pro Controller. Its design reminds us of the old days when Mad Catz seemed to release a new transparent controller every other day. That’s because it’s designed specifically for players with bigger hands, although it may appeal to anyone who prefers a nice chunky controller.

Here you’ll find many of the features you’d expect in a wireless third-party controller, such as a full button layout and support for rumble and motion controls. Unfortunately, it takes a hit when it comes to battery, with a single charge lasting about 5 hours; however, you can always plug in the provided USB charger for continuous play. 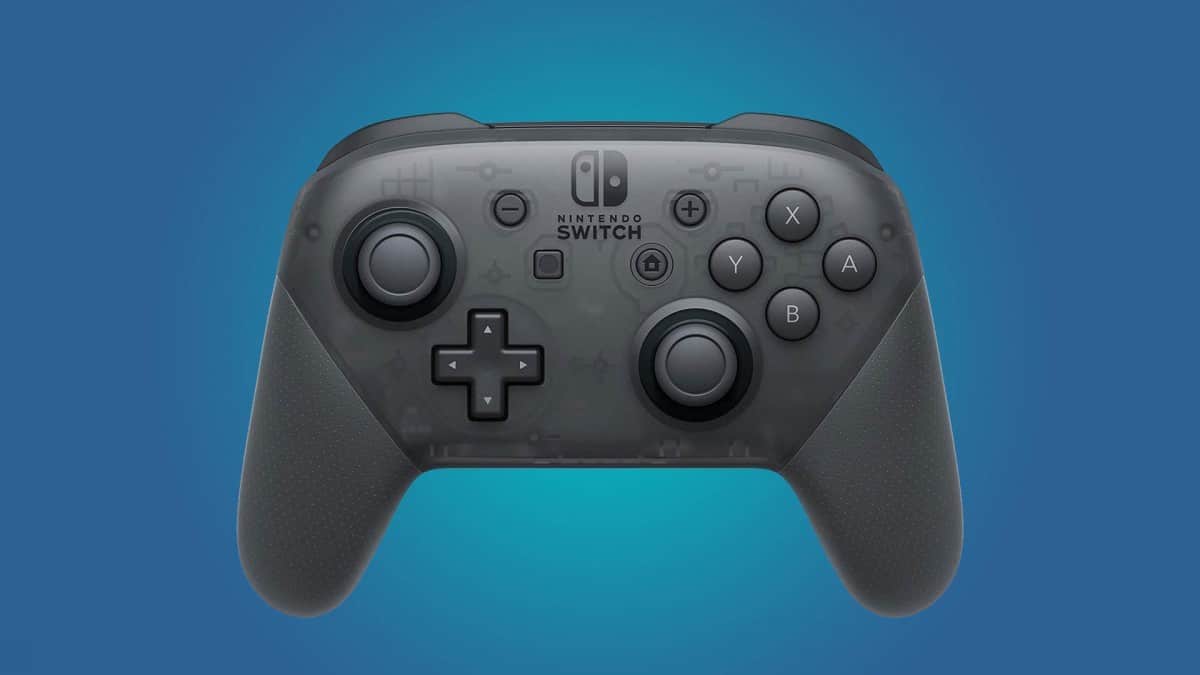 We’ve covered a lot of different controllers here, each with their own strengths and weaknesses. Therefore, we don’t have a single best one to recommend but if we had to choose our favorites, they would be the following:

Of course, these are only our top picks and any of the controllers listed here are bound to be a good fit, assuming you know what you’re looking for in a controller.