Based on the Unreal 4 Engine, this game is just like Fortnite and PUBG. Which Battle Royale game should you play?

We’ll now discuss the pros and cons of each game to help you understand both games better.

In terms of players, Fortnite has a clear lead. Realm Royale is relatively new and is only out in Alpha mode. Furthermore, there are no PS or XBOX versions for Realm Royale available at the moment.

We will now discuss the aspects the games share, and we’ll look at their similarities and differences. Let’s start with an obvious one: graphics!

Graphics-wise, Fortnite and Realm Royale are very similar. They both offer casual, cartoonish graphics that makes them popular among younger audiences.

Unlike PUBG, you can easily spot enemies in both Fortnite and Realm Royale, so there’s no difference there.

When comparing the shooting mechanics, you’ll notice some obvious differences. There is minimal bullet drop in Realm Royale, and it appears that most weapons, if not all, are hitscan.

In terms of gameplay, there are some significant differences.

Let’s start with the lobby area, where you wait for the game to start. In Fortnite, all you can do is wait and walk around to try different weapons, while in Realm Royale, you can select your class.

There are currently a total of five classes in Realm Royale, and each one of them has different weapons and skills. Plus, at the moment, you can only play Duo and Squad in Realm Royale.

After you jump off the battle bus (Fortnite) or the airship (Realm Royale), you’ll automatically use your umbrella at a specific height over the ground in Fortnite. In Realm Royale, instead, you’ll directly land onto the ground with a real “superhero” move. So if you’re used to playing Fortnite, and you just started playing Realm Royale, then make sure to keep this in mind.

Moving on, in Realm Royale, you also have mounts, while in Fortnite, we have the shopping cart, the jetpack, and the jump pads to travel faster.

When you lose all your health in Fortnite, you will be knocked down, and a teammate can revive you – if you’re not playing Solo. It takes 10 seconds to revive a player in Fortnite, and both parties have to be standing still during this period. In Realm Royale, you turn into a chicken, and you will make actual chicken sounds while you run for your life. You will automatically be revived after 30 seconds if you haven’t been killed yet.

By looking at the map comparison above, you’ll notice that there are distinct areas in Realm Royale’s map. There’s a desert, an icy area, a rocky area, and a regular grass area.

In both maps, dozens of treasure chests are scattered around the map. In Fortnite, you’ll hear a sound when you’re near one, but you won’t hear anything in Realm Royale.

Furthermore, in Realm Royale, there are also “Forges,” where you can forge high-tier potions, gear, and skills. If a Forge is active, there will be smoke coming out of the top. If you see smoke, then be prepared to fight!

You need shards to forge items, and you can get these by disenchanting armor, skills, and weapons found on the ground.

In terms of features, Fortnite is obviously much more developed than Realm Royale. In Fortnite you have quests, skins, and multi-platform play. Realm Royale instead has not worked out any of these features yet. Sometimes, however, Realm Royale will offer an unclickable Battle Pass button.

The Final Ruling: Which Game Should I Play?

You should play the game that fits your game style!

Let us know which game you prefer in the comments below! 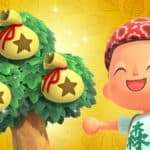