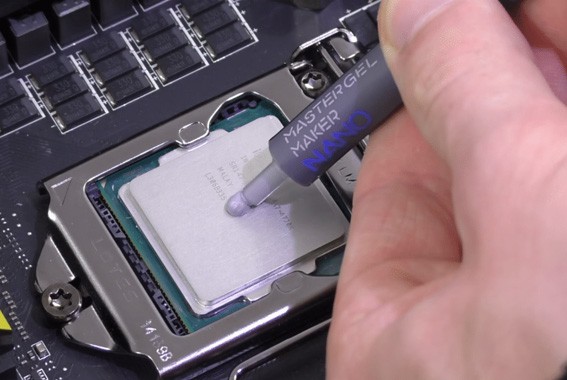 Are you tearing your hair out because your GPU won’t stay cool?

We’ve got you covered with our simple guide to lowering GPU temperatures.

Clear The Fan & Heatsink Of Dust

Dust is a GPU’s worst enemy as it creates a film on the surface that prevents heat from dissipating naturally. Over time, dust will inevitably build up, and there’s not much you can do about this except periodic cleaning sessions. Doing so is hands down the single most effective technique to lower GPU temperatures.

Arm yourself with a can of compressed air and go to town on the GPU, especially the fans and heatsink, paying attention not to blow too close to the small components darted across the circuit board.

We recommend removing the GPU from the PC first, then disconnecting the fan/heatsink. Do the cleaning outside to avoid contaminating the air inside of the PC room with dust particles that will invariably find their way back into the machine at some point.

Due to the design of the metal indents making up the majority of heatsinks, clearing them of caked-on dust build-up is an arduous task that even a few dozen intense bursts of compressed air won’t clear away entirely.

We, therefore, recommend the following technique:

A GPU is liable to doing its utmost to remain cool, pushing the fans to limit, but failing miserably because the air in the case itself is too hot due to restricted airflow.

Remedies to this include mounting additional case fans, ideally in proximity to the GPU, such as on the top of the case. Often, first-timer DIY builds suffer from disoriented fans. Ensure groups of fans either draw in cold air or eject hot air to create a defined flow path.

With GPU overclocking software such as MSI Afterburner, you use input fan control utilities to adjust the fan speed. For example, you can set it to up the fan speed when the GPU core reaches a specific temperature.

By doing so, you can ensure the fan is running at 100% of its capabilities during critical moments, therefore significantly reducing the GPU temperature.

Overclocking is the most definite way to raise GPU temperatures. If high temperatures have come about after tinkering with clock speeds and voltages, then reverting to the pre-overclocking parameters should lower temperatures to within acceptable limits.

Another software-side trick to lower GPU temperatures is to make sure your GPU drivers are up to date. The reason being is that GPU manufacturers are continually fine-tuning the firmware processes and algorithms that dictate how the card behaves.

These improvements often equate to more efficient, less power-hungry performance, thus creating heat generation. The changes may be tiny, but in combination with the other steps in our guide can add up to quite the difference.

If all else fails, give your GPU a break and lower the graphical settings of the games you play. Often, reducing texture levels from ultra down to medium or stepping the anti-aliasing settings down a notch can significantly lessen the burden on the device, and lower temperatures.

Over time, thermal paste naturally degrades as high temperatures burn it away, and a time will come when a new lick of a high-grade compound is what the doctor will order.

The process isn’t for the uninitiated, though. It’s advisable to entrust this task to a certified technician down at the local PC hardware store or to call in the help of an experienced buddy if you haven’t an inkling of how to go about it yourself.

Should all else fail, it may be time to spend a little cash to iron out the issue. Stock heatsink/fan units aren’t necessarily the best and investing in a purpose-designed aftermarket alternative from a reputable manufacturer such as Cooler Master, NZXT, and Corsair will pay dividends immediately.

Alternatively, going all out for a water cooling system and GPU water block will sound the death knell for unwieldy GPU temperatures. The method is the single most effective cooling system around, but it does come at a cost. 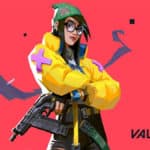