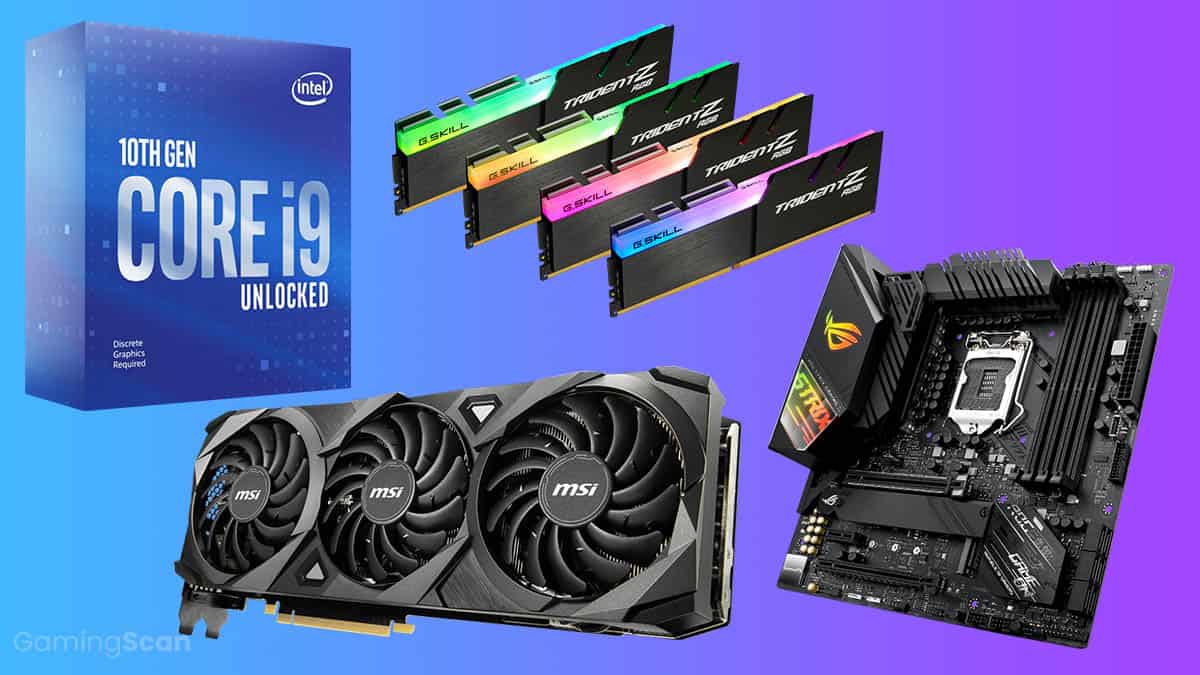 Before setting out to buy all the parts that you need for your new gaming PC, it’s essential to ensure that all the components you’ve got your eye on are compatible with one another.

The last thing you want is to come back home with several bags of pricey hardware only to find out that some parts don’t physically fit, or the PC won’t boot up for some unknown reason.

If you want to spare yourself some unnecessary stress and frustration, and potentially even avoid wasting money, read on, as we’ll go over all the essential compatibility-related issues to look out for when building a PC.

As far as the internals are concerned, the main two components to keep in mind are the motherboard and the power supply, as those are the two components that have to work with all the others.

There are several CPUs to choose from these days, as both Intel and AMD have excellent gaming CPUs to offer, so what is it that you need to keep in mind if you want to make sure your newly-picked CPU is compatible with the new motherboard?

Now, sockets come in different sizes and with varying pin configurations, and there are several types of sockets that you can encounter in modern motherboards. At the moment, AMD uses the AM4 socket for their mainstream CPUs and a TR4 socket for their more powerful Threadripper models.

With Intel, the situation is a bit more complicated. The socket used by most mainstream Intel CPUs right now is the LGA1151 socket, while there is also the LGA2066, which is reserved for more powerful models, much like the TR4 is for Threadripper.

If you’re wondering about how you can easily differentiate between Rev. 1 and 2 motherboards, you only need to look at the chipset.

Coffee Lake uses 300 series chipsets, so any motherboard with a 300 series chipset – H370, Z370, etc. – uses the revised version of the socket and is compatible with the 8th and 9th generation of Intel Core CPUs, but not with the 6th and 7th Skylake and Kaby Lake models.

But speaking of chipsets, how important are they when it comes to compatibility?

Well, as long as you have the right socket, the CPU will work, but the chipsets do differ concerning certain features and the number of connectors that they offer.

This involves stuff like overclocking, dual GPU support, technologies such as AMD StoreMI and Intel Optane, along with the number of PCIe slots, USB ports, SATA connectors, etc.

If you’re putting together a gaming PC, you will almost certainly be getting a dedicated graphics card – though some of AMD’s APUs are good for budget builds, if you’re pinching pennies.

The GPU is the most essential element in a gaming PC, and luckily, you have much less to worry about with GPU compatibility than with CPUs.

GPUs have been using PCI Express as a means of interfacing with the motherboard for years now, and at the moment, the most popular version of PCIe is PCIe 3.0. Motherboards equipped with PCIe 4.0 have started rolling out recently, but there’s no need to spend extra on PCIe 4.0 just yet.

So, if your motherboard has a free PCIe 3.0 slot and the graphics card can physically fit inside the case, you’re good to go.

Just remember – if you’re thinking about a multi-GPU setup, only having two PCIe 3.0 slots available isn’t enough. The chipset needs to support AMD CrossFire or Nvidia SLI, as mentioned above.

Much like with GPUs, RAM compatibility isn’t a huge issue these days, seeing as most motherboards use DDR4 RAM at the moment, and mainstream RAM modules all use standardized DIMM slots. So, as long as you put DDR4 RAM on a motherboard that supports DDR4 and has sufficient DIMM slots, you’re good to go.

However, something that you should also keep in mind is the maximum RAM capacity and speed supported by the CPU and the motherboard, as well as whether the motherboard and the CPU support dual-channel/quad-channel RAM configurations.

You’ll find that DDR4 clock speeds usually range from 2133 MHz to 3200 MHz, though there are some pricier RAM kits out there that can go as high as 4866 MHz.

Now, as mentioned above, as long as the RAM is the correct version, it will work, but there is no point in spending extra on an expensive RAM kit that can reach such high clock speeds if your motherboard and CPU can’t support them.

This varies from model to model, and you can check the maximum supported RAM speed on the CPU’s/motherboard’s manufacturer’s website.

The same goes for capacity – there is only so much RAM that a CPU/motherboard can support, which is usually 64-128 GB for most mainstream motherboards and CPUs.

Finally, there are dual-channel and quad-channel RAM setups. Again, if you want to check how many RAM channels your motherboard and CPU support, you only need to check the official product page.

When it comes to storage, you have two options: HDDs and SSDs. If you want to read more about the advantages and disadvantages of either, you can check out the full article here.

As for compatibility, HDDs and many NAND SSDs currently use SATA 3, and modern motherboards usually have four or six SATA 3 ports, which should be more than enough for the storage needs of a gaming PC.

However, SATA 3 isn’t the fastest interface available, which is why many SSDs – particularly NVMe SSDs – use M.2 instead. M.2 is a special, extremely compact PCIe slot that allows an SSD to be installed inconspicuously onto a motherboard. Most modern motherboards have at least one of these.

If you’re building a desktop PC, you’ll most likely be using an ATX power supply unit, which is the standard format for most modern PCs. When picking a PSU, there are multiple things to keep in mind, so we suggest you check out our full article on how to choose the right PSU for your needs.

As far as compatibility is concerned, the PSU needs to be able to fit in the case and have all the necessary connectors, but this isn’t something to worry about. As mentioned above, most cases are designed with standardized ATX power supply units in mind.

The wattage, of course, is also something to keep in mind, but we’ve covered that, and more, in the article linked above.

And finally, there’s the question of whether the motherboard – along with everything else – can fit inside the case.

Mainstream motherboards mainly come in four formats: Mini ITX, Micro ATX, ATX, and EATX. Now, what differs from format to format, apart from the physical size of the motherboard?

As you might have guessed, smaller motherboards have fewer slots and connectors and are cheaper, while bigger ones have more slots and are more expensive. Mini ITX motherboards are something of an exception, as they are smaller than Micro ATX motherboards but tend to cost a bit more.

As for the cases, they also come in four common formats that roughly correspond to the motherboard formats mentioned above. There is a small form factor (Mini ITX), Mini Tower (Micro ATX), Mid Tower (ATX), and Full Tower (EATX).

But are there any other components that you need to make sure can fit the case, apart from the motherboard?

Actually, yes, though this is mainly a problem with small form factor cases and, potentially, with Mini Towers. The two components that might pose a problem are the graphics card and the CPU cooler.

As you might have guessed, the only way to make sure that these can fit inside a compact case is to check the exact measurements of the case, as well as the dimensions of the graphics and the cooler.

Fortunately, OEMs have plenty of compact GPU models available, and there is a wide selection of low-profile CPU coolers, too.

If you don’t like the idea of scrolling through pages upon pages of specs to make sure all your components fit, you’re not alone. Thankfully, PC Part Picker is there to make the process way more accessible.

When you start putting a build together, the site will work its magic and offer you a narrowed down selection of compatible components. For example, if you pick the Ryzen 5 3600X as your CPU, the site will only provide compatible AM4 motherboards once you get to the motherboard section.

Moreover, it will let you know if there are any issues to keep in mind, such as if an older motherboard might need a BIOS update to be able to work with a newer CPU and other miscellaneous things like that.

All in all, it is a handy site that we can wholeheartedly recommend you use, especially if you’re not all that familiar with PC building. 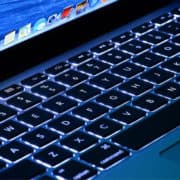 How To Disable Your Laptop Keyboard
Related Topics Tags