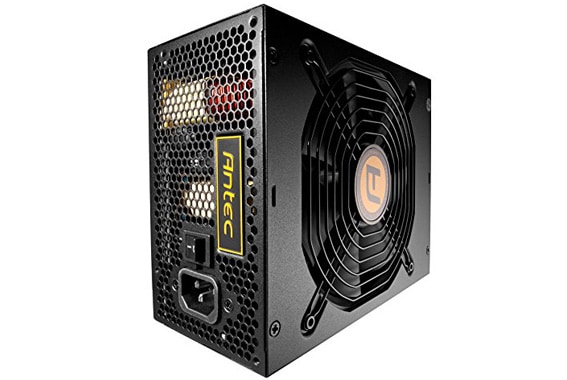 Conceptualizing and putting together your dream PC is no easy task, but fortunately, getting a few basics right puts you in a good position for the rest of the build.

The best place to start with is the power supply unit, and there’s no better way to choose a PSU than by focusing on the features covered in our guide.

Unlike some other components, the power supply is definitely not something you want to skimp on, especially if you’ve spent an arm and a leg on a top-of-the-line GPU or CPU.

First and foremost, you’ll want a PSU that’s powerful enough to run everything but also a quality one that won’t fry your pricey hardware! But there are also several other factors to consider. What are all the things that you should keep an eye out for when picking out a power supply unit? Let’s dive in.

The Importance Of Wattage

If there’s one overarching rule when it comes to choosing the right power supply, it’s ensuring that a PSU meets the wattage requirements of your graphics card, processor, and other components.

To break it down, every component in a computer requires a certain amount of power from the power supply to function correctly. If underpowered, a PC might not work correctly, or it might not start up at all.

The GPU and the CPU are generally the most power-hungry components and will, therefore, be the two main factors to consider when picking the right PSU.

Fortunately, when it comes to graphics cards and processors, manufacturers always provide a rough estimate of how much power the component can consume, and this is presented either as thermal design power (TDP) or as the maximum power consumption.

However, even though the CPU and the GPU will be responsible for most of the power consumption, other components require their share of juice, too.

An easy way to estimate the power consumption of a PC is with the help of a calculator such as this one. What’s important to note is that a PSU should always have some “breathing room”.

If you were to build a PC that consumes, say, 345 watts, then you might think that a 350-watt PSU would be a perfect fit, but that is just not the case. In reality, a PSU runs at maximum efficiency when the power draw is about 50% to 80% of its total output.

Power supply units hate too much heat, and the best way to raise the temperature is by keeping it under heavy load for long periods of time.

That said, we’d recommend the following: once you’ve got the base wattage determined, aim for a PSU that can deliver about twice that wattage. That way, you’d be set with a PSU that will be quieter, safer, longer-lasting, and one that will also leave room for future expansion and overclocking.

The 80PLUS Rating System

In this age of looming climate disaster and rising energy costs, you can save a bit of money by paying a little more for a power supply that has a better efficiency rating, rather than a lower-priced competitor. The 80PLUS certification system grades PSUs based precisely on this.

Though the certification is voluntary, it indicates how well a PSU converts power from your standard wall socket to the lower voltage required by internal components. In essence, it comes down to how much energy is wasted while it is being converted, which is how much heat the PSU produces.

The certification is only available for PSUs that waste 20% or less of their power, hence the 80PLUS certification name. Most power supply units are stamped with a rating measured according to a sliding scale of familiar precious metals.

The classification runs from 80PLUS, through bronze, silver, gold, to platinum and titanium. In general, gold is the ideal middle ground for home users. The platinum and titanium units are usually reserved for PCs that operate under heavy load most of the time, such as servers and workstations.

If you’ve been on the hunt for a PSU, then you’ve more than likely come across ‘+12V rails’ or some such in a PSU’s spec sheet. Other than having a seemingly confusing name, this feature determines how many rails feed power to different components in a computer.

A rail is a printed circuit board pathway through which the unit draws power. A PSU with a single rail has – you guessed it – one rail. Multi-rail systems distribute the power among multiple rails. Both setups have their benefits.

Single-rail power supply units feed the full power of a unit from one rail to all the parts connected to it, ensuring that every component has enough power to work properly.

However, this does put the hardware at risk in the event of a power surge or a malfunction, as a PC can easily end up being fried beyond repair in such situations.

On the other hand, a multi-rail unit can handle power surges thanks to an inbuilt overcurrent and short current protection system in each rail. Conversely, multi-rail units don’t allow the even distribution of power across each rail. Instead, each rail is assigned a maximum capacity and cannot breach this wattage threshold.

The feature isn’t in itself an issue if you ensure that power-hungry components like the GPU are fed power from an appropriate rail. Manufacturers do an excellent job when it comes to jotting down power distribution among the rails on the PSU casing or in user manuals.

Next up, we need to consider what connectors the motherboard needs to power the CPU and other components. Motherboards typically have one of four connectors: 24-pin, 20-pin, 8-pin, and 4-pin.

As with graphics cards, it’s all about ensuring that the power supply provides the right connector. Most modern motherboards, especially the ones meant for gaming, utilize 20 or 24-pin connectors.

An increasingly popular feature among PSUs is modularity, whereby connector cables can be attached to and removed from the back of the unit depending on the power requirements of the PC’s components.

The main advantage of a modular PSU is that it is very easy to decrease cable clutter, as the unused cables won’t be taking up any space inside the case. This simplifies cable management and can also improve airflow, resulting in better cooling.

On top of that, the inside of the case will simply look better. Modular PSUs are a bit more expensive than non-modular ones, but as far as we’re concerned, they are a worthwhile investment.

To summarize, the things that you need to keep in mind when picking out the right power supply for your PC are:

The wattage is definitely the most important part, and the PSU needs to have the right connectors in order for it to be compatible with your PC, but that doesn’t mean that you shouldn’t think about the other non-essential stuff.

On a final note, always make sure to get your PSU from a reliable brand such as Corsair or Thermaltake and avoid obscure ones that don’t inspire confidence.

As mentioned in the introduction, you might be tempted to save a few bucks by getting a cheaper power supply, but it’s best to play it safe because a malfunctioning power supply can easily damage other components. 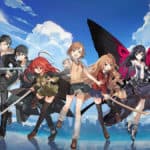