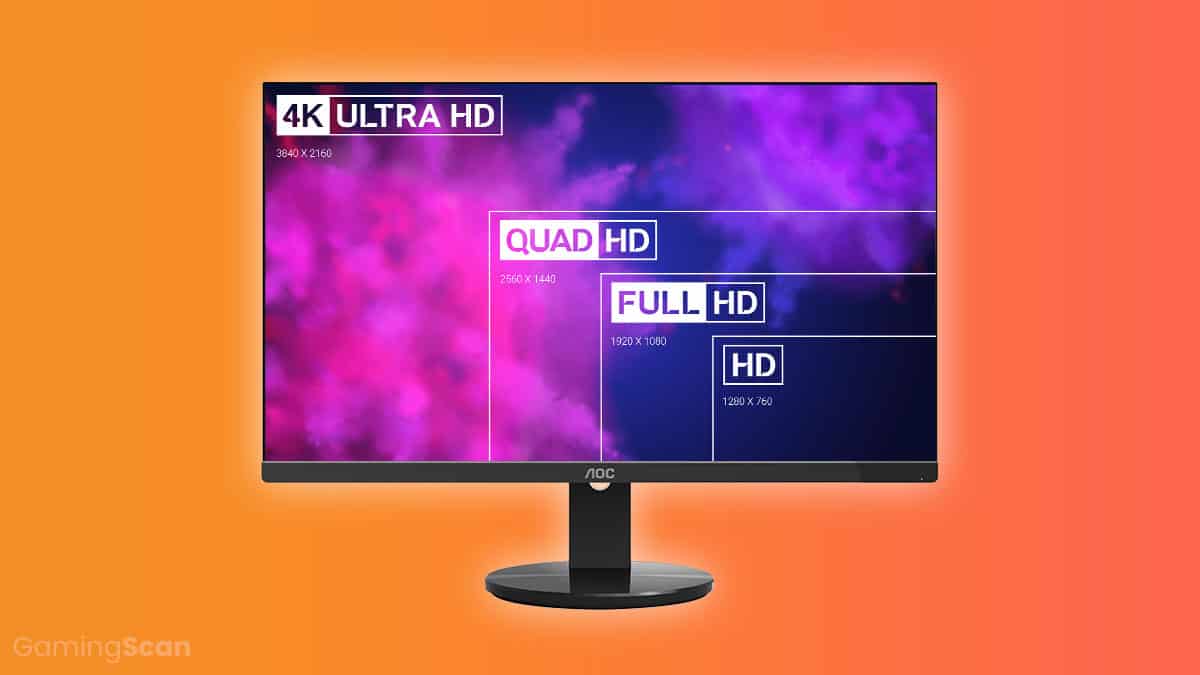 If you want good graphics, the resolution is arguably the most critical graphics setting for you in any game’s options menu.

However, this is also the most demanding option as far as hardware is concerned.

For a long time, good old 1080p has been every gamer’s goal, but with the release of the PlayStation 4 Pro and the Xbox One X in 2016 and 2017, respectively, it became apparent that even the mainstream knew it was time to step things up.

So, it’s 2022, and the latest GPUs are out. What is the best resolution for gaming these days?

That’s precisely what we aim to discuss and answer in this handy guide.

As you probably know, a monitor’s display resolution describes the number of pixels on the screen horizontally and vertically. The more the pixels, the sharper and more detailed the image will appear.

These are the three most popular resolutions to pick from in the gaming world today:

However, the three resolutions listed above are what people generally use to describe a display’s resolution. So, what are the advantages and disadvantages of each one?

For many seasoned gamers, it may feel like it was only yesterday that Full HD was as advanced as display technology got. Back then, the choice came down to 720p and 1080p, commonly referred to as HD (or HD Ready) and Full HD, respectively.

Today, you’d be hard-pressed to find a proper 720p gaming monitor (although 720p TVs are still around — usually the smaller ones with a diagonal under 30 inches). In any case, you most likely won’t be playing any games in 720p in 2022 unless you decide to go on a nostalgia trip with one of the last-gen consoles or if you’re using a dated/low-end GPU.

As for 1080p, it remains extremely popular to this day, and for several valid reasons. Perhaps the key reason behind its enduring popularity is that the new GPUs — mid-range and up — can achieve considerable frame rates in this resolution. Therefore, 144 Hz and 240 Hz 1080p monitors hold a lot of appeal for competitive gamers who seek the fluidity and responsiveness that such high frame rates offer.

Other than that, 1080p is also very affordable and budget-friendly, both when monitors and GPUs are concerned. Even the cheapest budget GPUs available at the moment can handle 1080p well, depending on the graphics settings and the game in question, of course.

All in all, 1080p is still popular in 2022 because it can appeal both to those who prioritize performance over visuals and to those who don’t want to or are unable to spend extra on a monitor with a higher resolution.

For a lot of gamers, QHD will be the best resolution for gaming in 2022. Why? Well, simply because it occupies a sweet spot in between FHD and UHD, offering the best of both worlds.

It looks better than 1080p and can still offer high framerates that would otherwise be impossible to achieve with 2160p. As such, it’s a good way of balancing visuals and performance, and possibly price as well.

Mid-range GPUs, such as AMD’s RX 580 or 590 or Nvidia’s GTX 1060 or 1660 Ti, are all very good GPUs for 1440p gaming, and even some weaker models can handle this resolution well, though at lower frame rates, understandably.

Ultra HD or 4K, as it is commonly referred to, is the new standard that the industry is gravitating towards. 4K TVs started appearing years ago, and there are many 4K monitors now, too, some of which are remarkably inexpensive.

As you may have guessed, 4K offers superb clarity and image quality.

However, with its massive pixel count, it is very demanding and requires powerful hardware. Indeed, only the beefy high-end GPUs, such as Nvidia’s new RTX models, will be capable of truly mastering this resolution when it comes to demanding AAA games.

Still, even some older and weaker models, like the RX Vega 56, RX Vega 64, GTX 1080 Ti or the GTX 1070 Ti, can be used for 4K gaming, though the frame rates will be lower and less stable without some concessions in regard to the other graphics settings.

Overall, UHD is the way to go if you prize visuals over performance and can afford a high-end GPU and a proper 4K monitor. For most people, however, something more cost-efficient would probably be a better option.

Another essential aspect to consider (no pun intended) is the aspect ratio. Today, most monitors are your regular 16:9 widescreen monitors, though ultra-wide 21:9 or even 32:9 options exist. So, how does the aspect ratio factor into all this?

Since we’re dealing with a wider screen, the horizontal pixel count is usually greater with ultra-wide monitors. This, naturally, is reflected on the performance, as a 16:9 monitor with a resolution of 2560×1440 monitor isn’t quite as demanding as a 21:9 monitor, which boasts a resolution of 3440×1440.

So, basically, what you get with an ultra-wide display is:

One issue that competitive gamers should be aware of is that some developers deliberately disable ultra-wide support in their games to prevent some players from gaining an unfair advantage over others. They don’t prevent you from playing in a higher resolution, but the FOV will remain the same as if you were playing on a 16:9 monitor.

Other than that, some games simply don’t support 21:9 or 32:9, so you may have to adjust some settings files until they start working properly. This is something that you’ll most likely encounter with older games or subpar console ports.

The Best Aspect Ratio For Gaming

First, let’s get the simpler part of the question out of the way: the aspect ratio. As far as we’re concerned, 16:9 is by far the best choice for most people.

As we’ve already mentioned, the advantages that ultra-wide monitors offer for gaming are a bit dubious, especially if you don’t intend to take advantage of other non-gaming features that such a monitor would bring.

Plus, ultra-wide monitors tend to be more expensive than regular widescreen ones, so you’ll probably be getting better value for your money if you get a 16:9 gaming monitor.

The Best Resolution For Gaming

And now for the main question: the resolution itself. Ultimately, no single resolution can be proclaimed as objectively best, and it mostly comes down to personal preferences and requirements. We would summarize it as follows:

Keep in mind, though, that if you have to choose between a 1080p and a 1440p/2160p display and you don’t care about frame rates, always go with a higher resolution. That way, you would be getting a monitor that’s more future-proof, so even if your current GPU doesn’t perform so well in a higher resolution, you won’t have to worry about upgrading the monitor once you upgrade the GPU further down the line.

Finally, if you’re shopping for a new monitor right now, check out our selection of the best gaming monitors of 2022 and you’re pretty much guaranteed to find something you will like! 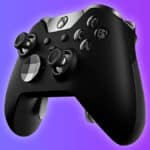 How Much Data Does Online Gaming Use?
Related Topics Tags