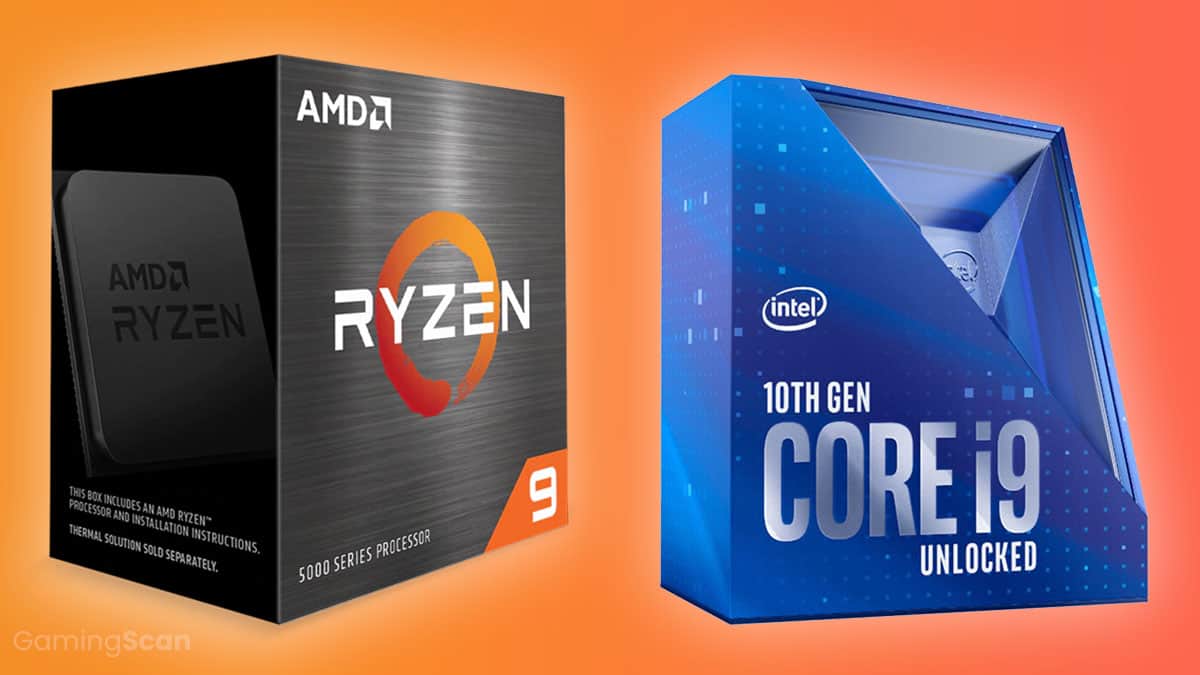 An unlocked CPU comes with an unlocked clock multiplier, meaning that it can be overclocked quickly and easily.

Picking the right CPU for your new gaming PC can be quite confusing if you don’t know what to pay attention to. After all, when it comes to gaming, a CPU’s performance isn’t as easy to gauge as GPU performance is. Plus, there are a number of different features to keep in mind.

One such feature that many will focus on when choosing a CPU is whether the CPU is locked or unlocked.

So, how does an unlocked CPU differ from a locked one? Which should you pick? We’ll answer precisely that in this guide, so read on!

How To Know If A CPU Is Locked Or Unlocked?

Fortunately, checking whether the CPU you’ve got your sights on is unlocked is very easy.

For the mainstream Intel Core gaming CPUs, you should look for a “K” letter designation at the end of the model number. All Intel CPUs that come with the K designation are unlocked, and the same goes for two-letter designations such as “KF” or “HK”. If you want to know more about the Intel CPU naming scheme and different designations, best check out this article.

As for AMD Ryzen CPUs, you don’t have to look for anything—all AMD Ryzen CPUs are unlocked, from the cheapest budget-friendly Ryzen 3 model to the high-end Ryzen 9 and Ryzen Threadripper monstrosities.

You’ll also notice that some Ryzen models come with an “X” designation at the end of the model number, but this has nothing to do with the multiplier and it merely indicates that the CPU is slightly faster and thus fares a bit better when it comes to overclocking.

Can You Unlock A Locked CPU?

The next question that some will ask themselves is: can you unlock and overclock a locked CPU?

Well, it’s impossible to unlock a locked CPU as this is a physical process that takes place during the manufacturing process itself, meaning that a locked CPU doesn’t simply have some software limitation imposed on it that can be circumvented with the help of a certain program or utility.

Locked CPUs can, however, be overclocked by adjusting their base clock speed, and this is referred to as BCLK overclocking.

The way BCLK overclocking works is that it increases the CPU’s power limit, which in turn boosts its base clock speed. However, this overclocking method has some major drawbacks: it increases the amount of heat generated by the CPU, it can lead to unstable performance, and the overall performance boost wouldn’t be as noticeable as it would be with an unlocked CPU.

Now, we get to the important question: should you even care about overclocking?

First, for those who aren’t aware, overclocking is the process of pushing a CPU’s clock speed (expressed in Hz) beyond the standard factory limits, thus increasing the number of instructions it can process each second. This improves the CPU’s raw single-core performance, albeit it also increases its heat generation, as mentioned above.

That said, there’s no denying that overclocked CPUs perform better than those running at stock factory settings, but does the performance gain actually make a noticeable difference?

Well, when it comes to gaming, the answer is usually: no. Of course, this would depend largely on how CPU-intensive a game is and whether the CPU is bottlenecking the GPU, but in general, the in-game performance gain from CPU overclocking generally comes down to a handful of frames.

Now, not only is the performance gain very limited, but overclocking also carries an extra expense, as you’d have to invest in a relatively pricey aftermarket cooler in order to fully take advantage of the CPU’s overclocking potential.

This goes for both AMD and Intel. Intel’s unlocked CPUs don’t come with a stock cooler included, and while the more powerful Ryzen models used to come with very good Wraith Spire and Wraith Prism coolers, Team Red took a step back in that department, and the latest Ryzen 5000 models either come without a cooler or they come with Wraith Stealth coolers that aren’t very good for overclocking.

That said, overclocking is largely an enthusiast’s game. As the saying goes, getting there is half the fun, so the very process of trying to squeeze every bit of processing power out of a CPU is part of the fun for the overclocking enthusiast. For gamers who don’t count themselves among that crowd, this process would probably feel like little more than a chore that would offer very little gratification in the end.

It’s worth noting that overclocking a CPU can yield a more noticeable performance boost in certain CPU-heavy professional software, it can make a CPU more future-proof, and it can help mitigate bottlenecks. It’s just that it doesn’t offer as big of a boost when it comes to gaming as many would be led to believe.

So, at the end of the day, should you invest in an unlocked CPU or would a locked CPU suffice?

Well, if you feel like you could really benefit from the performance boost, i.e., if you intend on using CPU-intensive professional software in addition to gaming, or if you simply have money to spare and want to build a high-quality, future-proof gaming PC, then an unlocked CPU would be worth it.

However, overclocking shouldn’t be too high on the average gamer’s priority list, as stock clock speeds combined with technologies that allow for automated clock speed boosts will offer more than enough processing power for running the latest games.

But picking the right CPU for gaming is a broader subject, so if you’re shopping for one now, we suggest checking out our selection of the best CPUs of 2022, as you’re bound to find a good fit for your needs.

Ryzen vs Threadripper vs Epyc – Which is Best for Gaming?
Related Topics Tags