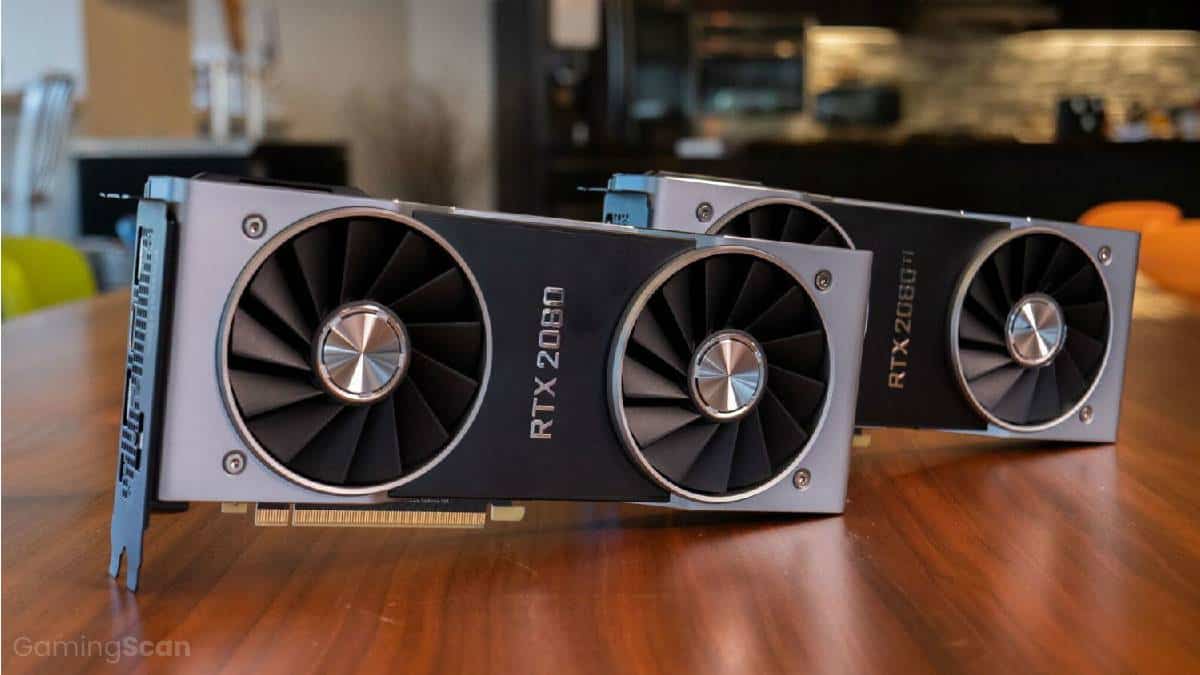 The RTX 2080 Ti is hands-down the better card when it comes to performance, but it is also significantly more expensive than the RTX 2080 Super. The latter card offers far better value for your money if gaming is your primary concern.

The RTX 2080 Ti is hands-down the better card when it comes to performance, but it is also significantly more expensive than the RTX 2080 Super. The latter card offers far better value for your money if gaming is your primary concern.

In this article, we’ll be comparing these two cards and comment on any major features to consider, and perhaps most importantly, answer which one offers better value for your money.

As you can tell from their names, both of these GPUs are part of the same GeForce 20 lineup, both based on Nvidia’s 12nm Turing microarchitecture.

That said, they both come with real-time ray tracing capabilities, and they both use GDDR6 RAM, although there are some notable differences to consider when it comes to the hardware specs.

As you can tell from the table above, there are some unusual differences between the two cards. First, we should note that that the RTX 2080 Super is more recent, as it is actually newer than the RTX 2080 Ti.

As such, the new Super variant is more powerful than the original RTX 2080, but the specs still aren’t on par with the RTX 2080 Ti.

While the Super has higher clock speeds, the Ti beats it in every other department – it has more higher-bandwidth memory, it has more CUDA cores, more ray tracing cores, and more Tensor cores, all of which give it an edge when it comes to performance.

But speaking of performance, it is pretty much impossible to estimate how a GPU will perform in-game based on hardware specifications alone, so how do these two cards fare when put to the test?

As you might expect, a ton of benchmarks and tests were done with these two GPUs, but for reference, we’ll take a look at the benchmarks from TechPowerUp’s reviews of the RTX 2080 Super and the RTX 2080 Ti.

The differences in performance are mostly the same from game to game, in other words, the percentages vary slightly, but the exact framerate depends on how demanding and how well-optimized the game is.

The models tested were the Founders Edition versions of both GPUs, and while other models with better cooling will ultimately offer better performance when overclocked, the performance gap largely remains the same.

Note that the gap in performance gets slightly wider at higher resolutions, which is mainly because the RTX 2080 Ti has an extra 3 GB of memory which both has higher bandwidth and a wider memory bus, all of which makes it slightly better for 4K gaming, though the RTX 2080 Super can evidently hold its own, too.

If you want to see a side-by-side performance comparison, we suggest taking a look at the video below:

It offers better framerates, especially at 1440p and 4K resolutions, and its higher RT core count ensures better ray tracing performance with not as big of a performance hit. But does that mean it’s worth buying?

Given the lack of competition in the high-end, Nvidia has become somewhat notorious for their inflated prices, and the RTX 2080 Ti is a perfect example of that.

So, if you were to buy an RTX 2080 Ti instead of an RTX 2080 Super, you would be paying about $500 extra for a performance boost that would range anywhere from 10% to 20%, depending on the game and the resolution.

Needless to say, that isn’t exactly a great deal for gaming alone, and the RTX 2080 Ti feels more like a workstation GPU than a gaming GPU.

If we take a look at what kind of performance-per-dollar you’d be getting, then the RTX 2080 Super pulls ahead by about 20-30%, as it performs a bit better at lower resolutions and a bit worse at higher resolutions.

That said, if you’re getting a graphics card solely for gaming and aren’t an enthusiast with a ton of cash to spare, then the RTX 2080 Super is obviously the better choice.

So, if you’re still wondering which of these GPUs is a better choice for gaming, it all comes down to your preferences and budget. Sure, the RTX 2080 Ti offers better performance at every level, but it also comes at a significantly higher price that we would hardly call a good investment if you intend on using it only for gaming.

After all, if you’re building an entire gaming PC from scratch, you would be able to put together a great configuration with an RTX 2080 Super for $1500, which is just above what you’d pay for an RTX 2080 Ti alone these days – and that’s a whole PC, with a good CPU, RAM, an SSD, and other components included! 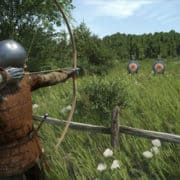