The Wensix gaming chair is a remarkably versatile product that outshines many of its similarly-priced rivals. If you’re working with a limited budget but want advanced features like a footrest or adjustable armrests, you can’t go too far wrong with this model. 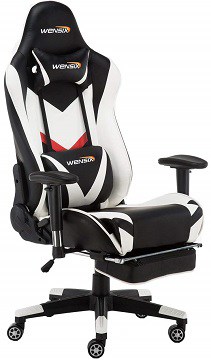 Are you in the market for a low-cost gaming chair? You’ve probably taken a look at what’s available already but realized that much choice can be overwhelming, right? That’s where we come in: today, we’ll examine the Wensix gaming chair, highlight its strengths and weaknesses, and ultimately, let you know if it’s worth your money. 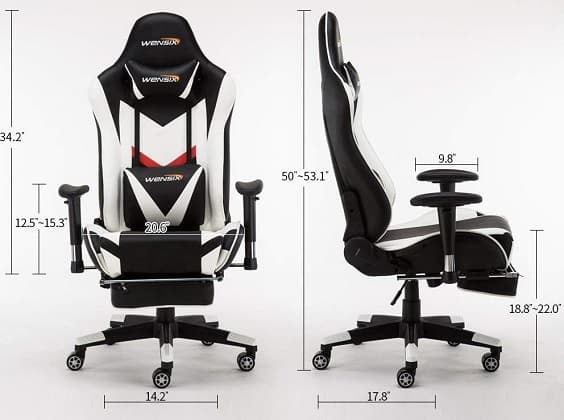 At first glance, this looks just like any other gaming chair. It has the racing-car style seat, high back, and adjustable armrests, after all. Even the aesthetic appearance is relatively standard, with three-tone PU leather upholstery. Look closer, however, and you’ll notice a few key differences in the Wensix’s design.

First, the lumbar and neck support cushions are comfortably well-padded. Also, the encapsulating ridges at the sides of the seat and backrest stick out more than we’re used to seeing. Together, these features ensure that the user’s weight is evenly spread throughout, lowering the risk of muscle strain or fatigue. 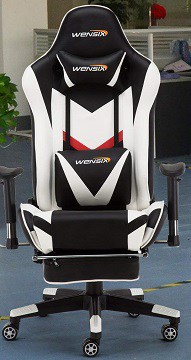 Overall, this chair looks very well-designed, particularly for an entry-level product. There’s plenty of reinforcement at the base of the backrest, and the five-point base ensures the chair remains sturdy at all times, even when the user is closer to the chair’s weight limit. 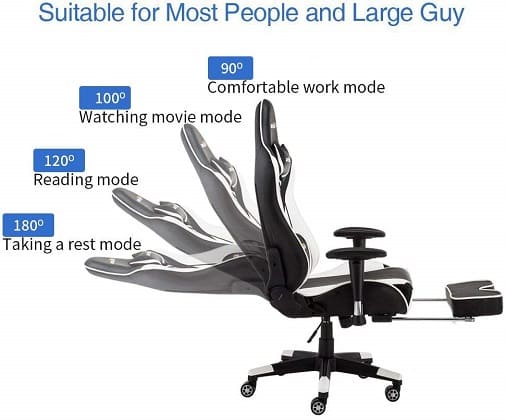 While the manufacturer doesn’t give specifics as to what kind of padding they used, we can speculate that it’s some form of foam. The seat and cushions are extremely comfortable thanks to their increased padding, and the backrest is cushioned too, which means you can even go without the support cushions if you’d prefer.

We do have a slight concern, though. There are no ventilation cut-outs anywhere. If the chair were upholstered with breathable material, this wouldn’t be an issue, but as it’s made of PU leather, you might find yourself getting a little sweaty on hot days, particularly if you don’t have a fan or AC is running. 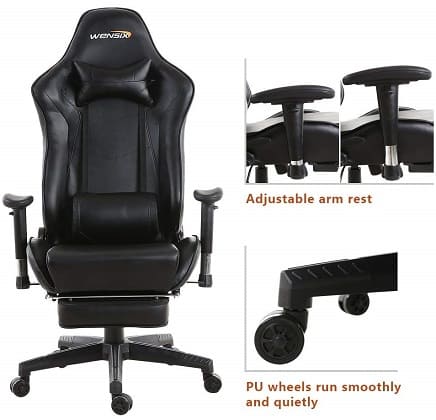 The support cushions are held in place with an elasticated strap, so you can alter them to wherever is most comfortable. Also, as there’s no divot in the center of the seat itself, it’s even possible to sit cross-legged, although you may have to remove the armrests first. Simply, the Wensix is a chair that caters to almost any user shape, size, or seating position. 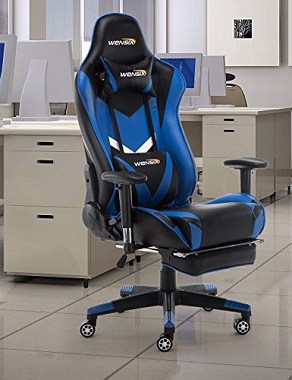 It’s highly unusual to see an inexpensive gaming chair that features a footrest. In truth, it’s more like a leg-rest, since it does extend, it only does so by a foot or so. However, it’s certainly a welcome inclusion. There’s also some more commonly-seen functionality, though:

Users can choose to recline into one of four positions, including all the way back. You can’t rock back and forward, but that’s not a huge issue, especially as the armrests can be raised, lowered, or moved out from the chair itself. This functionality is usually only found (and expanded on) in far more expensive gaming chairs.

The Wensix has more functionality than we were expecting. Sure, it has its shortcomings (reclining a full 180° makes it a good deal less stable, for instance), but overall, we’re pretty impressed. If you’re the type of person that spends a lot of time in their chair, this would be a strong choice. 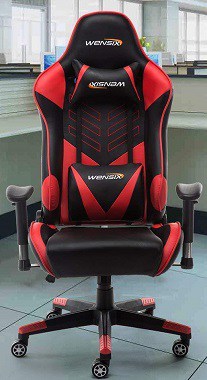 The Wensix gaming chair itself retails for around $160, which puts it on the less expensive end of the pricing spectrum. However, as all shipping is done via third-party resellers, the shipping costs can vary wildly. For instance, to send one of these chairs to the UK would cost an extra $211 – it’s good, but not $370 good.

We were particularly impressed by all the functionality Wensix has managed to cram in, though, especially considering this chair’s low and affordable price point. This makes it an excellent way to sample some of the features that higher-end products offer, without having to shell out huge amounts of money in advance.

Ultimately, the Wensix gaming chair would be a good choice for students or anyone looking to set up an effective yet inexpensive home office. However, we’d advise you to find a reseller in your own country if possible, though, to avoid the extortionate international shipping fees. 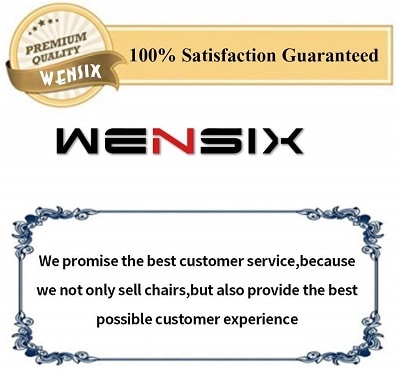 If there’s one thing that really lets Wensix down, it’s the lack of a website. Don’t get us wrong – their Amazon listings promise a “great warranty” and 30-day money-back guarantee, but without specifics, these claims only mean so much.  This also means that the only way to contact Wensix is via their seller profile, which is less than ideal.

To be fair, though, customer reviews indicate that the company replies very quickly and convincingly. Even if their website only had assembly instructions and a contact email, though, we’d have more options – as it stands, if the listing is taken down, you have no way to reach Wensix for help.

Ironically, the best way to guarantee yourself easily reachable support is to buy from a reseller. This ensures they’ll have a website, likely one with clearly-defined warranty terms and conditions. While they probably won’t have as much in-depth knowledge of the chair, at least you’ll be able to reach them if anything goes wrong.