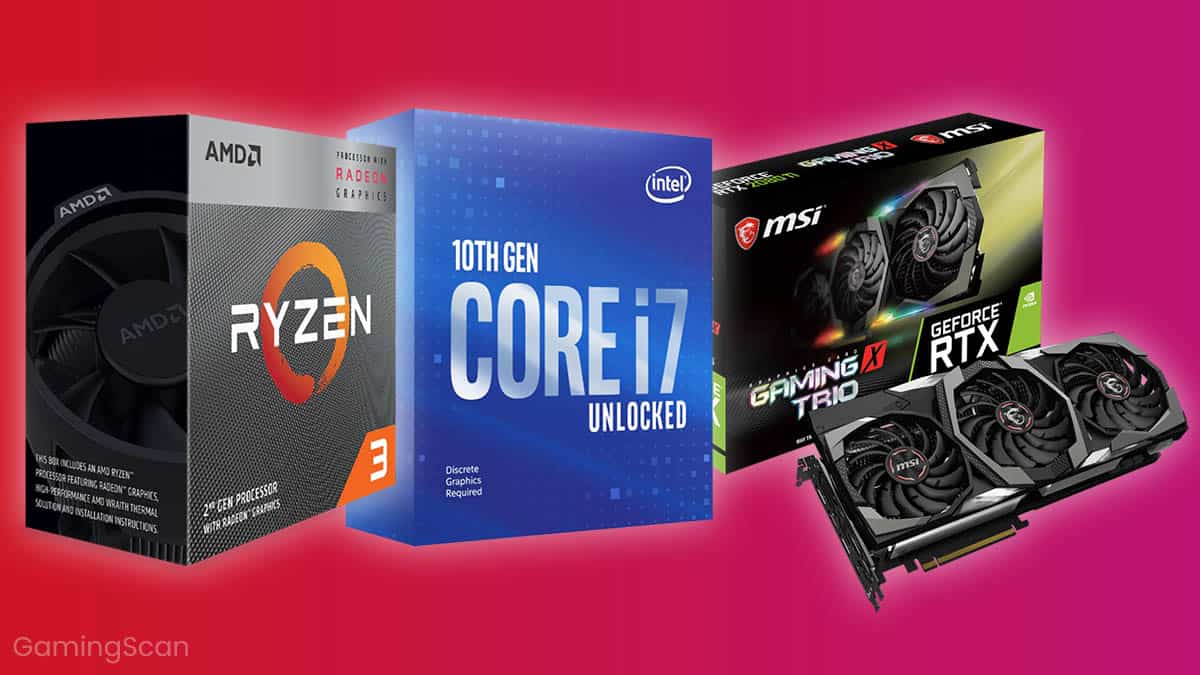 The GPU handles rendering and computing tasks. The CPU is the brain of the computer that tells the other components what to do. An APU is AMD’s take on a CPU/GPU hybrid that can do both of the aforementioned tasks, while being power-efficient and cost-efficient, although not as powerful.

PC lingo can feel like a foreign language. Navigating all the confusing terms, acronyms, and jargon can be very complicated, especially if you’re new to PC building.

Among these acronyms, there are three that you’ll inevitably encounter when building a PC: CPU, GPU, and APU. Today, we’ll take a closer look at what these acronyms mean and shed some light on the differences between them.

What Is A GPU?

A GPU, or graphics processing unit, is responsible for rendering simple things like the operating system’s GUI, image files, and video files, or more complex matters such as video games and professional software used for animation, video editing, 3D modeling, and so on.

Produced as a programmable electronic circuit card, the GPU can perform high volume, repetitive computations very rapidly to process images or frames that are then fed to a monitor. A modern GPU consists of hundreds of cores (CUDA cores for Nvidia and Stream processors for AMD), which compute large clusters of data parallel to one another, alongside a certain amount of integrated VRAM memory.

GPUs come in different sizes and are cooled by different types of cooling solutions, but they all interface via a PCI Express (PCIe) slot on the motherboard.

However, GPUs can also be housed inside external GPU enclosures. In this case, they interface with a PC or laptop via a Thunderbolt 3 port. This makes them an excellent choice for laptop users in particular, as they can easily give a laptop a significant performance boost. GPUs work hard and generate a lot of heat, so they don’t work well inside a cramped laptop chassis. On the downside, Thunderbolt 3 is not as fast as a PCIe x16 connection is, so external GPUs don’t perform as good as internal ones.

On top of that, integrated GPUs exist, too. As the name suggests, they are integrated with either a CPU or a motherboard, but the former is more common today. These GPUs don’t have a dedicated VRAM, so they utilize a portion of the available system RAM. That said, they are cheaper to produce but also far less powerful than regular graphics cards, thus being best-suited for casual users who don’t intend on using their PCs for gaming or as workstations.

Nvidia and AMD have been the leading forces in the dedicated GPU market for a while now. Nvidia dominated the high-end and the upper mid-range of the price spectrum. At the same time, AMD generally offered users better value for their money when it came to the low-end and mid-range solutions. Yet, their GPUs still weren’t as popular as Nvidia’s in recent years.

As for integrated graphics, Intel HD Graphics, Iris Graphics, and Iris Pro Graphics are what you’d usually find in devices that use an Intel CPU, while AMD has a selection of APUs that also fill the same role, but more on that later.

What Is A CPU?

The CPU, or central processing unit – colloquially referred to as a processor – is a computer by definition. It is an extremely powerful calculator able to manage countless computations and calculations at any given moment, and it is the brains of every computer, processing information and telling all the other components what to do.

A modern CPU houses billions of transistors and is comprised of multiple cores, which allow it to handle various tasks at once. In contrast, a single-core CPU could deal with only one task at a time, merely giving off an illusion of multitasking by switching between different tasks quickly.

And while CPUs with four cores were serious stuff only ten years ago, we now have mainstream CPUs that can have as many as sixteen cores, which can then further be divided into virtual/logical cores via hyper-threading/multi-threading.

Speed is measured in gigahertz (GHz), and a single hertz equates to one instruction. So a 3 GHz CPU can handle a whopping 3 billion instructions each second. A faster CPU equates to a quicker and more powerful PC, provided that the software can make proper use of the hardware’s capabilities.

And even though each CPU comes with a default factory clock, many CPUs can be overclocked, thus becoming capable of processing even more instructions each second. However, overclocking a CPU also means that it will generate more heat. Therefore, a third-party cooler is usually a must if you want to squeeze any serious extra performance out of a CPU.

However, a CPU isn’t as crucial for gaming as a GPU is, as it is the GPU that does most of the heavy lifting when it comes to rendering detailed 3D environments in real-time. The only issue that a gamer needs to worry about in this regard is bottlenecking. If a CPU can’t keep up with a GPU, then the GPU won’t be utilized to its fullest extent. Fortunately, a mid-range CPU is usually more than adequate, even for high-end gaming. And if you want to play it safe, this site can be a useful tool.

Today, most CPUs found in desktops and laptops are manufactured by Intel and AMD, and they have been on reasonably even terms since AMD’s Ryzen leveled the playing field in 2017. Other companies manufacture CPUs, too, though they mostly fit in specific niches. These include recognizable names such as IBM, Apple, Samsung, Qualcomm, HiSillicon, Acer, and others.

What Is An APU?

Finally, we have the APU, the accelerated processing unit. AMD invented this moniker and released the first generation of APUs in 2011.

But what exactly are they?

Put simply, an APU consists of both CPU and GPU cores on a single die. While there is a technical difference between an APU and an integrated GPU, their application is pretty much identical: they serve as convenient entry-level graphics solutions for budget PCs and non-gaming laptops. Plus, both the PlayStation 4 and the Xbox One, including the beefed-up Pro and X variants that would come later on, utilized AMD’s Jaguar APUs.

At the moment, AMD has several series of APUs compatible with the current AM4 socket:

Ultimately, APUs are quite efficient and have low power consumption. Still, the performance that they offer isn’t quite stellar– that is, excluding the new Vega-equipped APUs that push the boundaries regarding what kind of in-game performance one can expect from an APU.

The Ryzen 3 2200G and the Ryzen 5 2400G can rival some low-end graphics cards, and they smoke Intel’s integrated graphics solutions in benchmarks, making them very appealing picks for gamers who are on a tight budget. Still, they are only budget solutions, and they can’t keep up with the likes of the GTX 1050 or the RX 560.

At the end of the day, if you’re trying to decide whether an APU would be a better choice for you instead of the classic CPU + GPU combo, then you only need to consult your wallet. As mentioned above, they can be an excellent means of saving money when building a budget gaming PC. Still, even the most powerful APU currently available (the Ryzen 5 2400G) would have a hard time with anything that’s not an indie or an eSports game.

In any case, if you’re shopping for new components at the moment, feel free to check out our gaming CPU, GPU, and APU buying guides, as you might find them helpful. 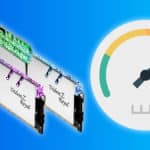 What RAM Speed Do I Need?
Related Topics Tags