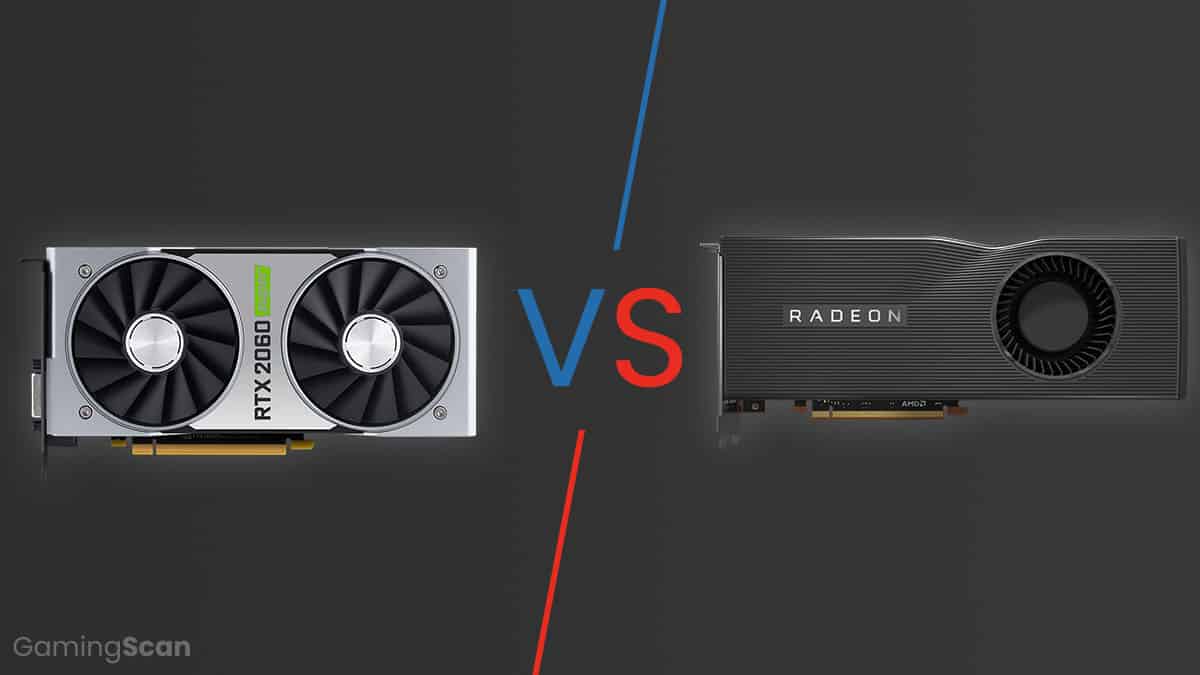 If you’re shopping for a new mid-range GPU in 2022, chances are you’re going to find yourself torn between two very attractive options in this price range: the Nvidia GeForce RTX 2060 Super and the AMD Radeon RX 5700 XT.

In this article, we’re going to be comparing these two rival GPUs, taking into account the hardware, the pricing, the performance, and ultimately deciding which one offers better value for your money.

Both of the abovementioned GPUs came out around the same time last year – the RX 5700 XT launched on the 7th of July 2019, with the RTX 2060 Super following only two days later, so they are both relatively new models.

The AMD RX 5700 XT is based on AMD’s new RDNA architecture and is part of their Navi lineup. Meanwhile, the RTX 2060 Super is based on Nvidia’s Turing architecture that made its debut in 2018, and it is an updated version of the original RTX 2060, made using a 12nm process and constituting a noticeable performance boost compared to its predecessor.

As you can see from the most important specs, there is no big difference between these two GPUs on paper. Sure, the RX 5700 XT boasts a 7nm architecture, a much smaller die, and has a higher base clock speed, but the RTX 2060 Super is still more power-efficient and has a slightly higher transistor count, all the while both GPUs utilize what is essentially the same VRAM configuration.

But naturally, on-paper specifications are hardly a good way to assess actual real-life performance. So, how do these two GPUs fare when put to the test?

To put it bluntly, the RX 5700 XT pretty much consistently outperforms the RTX 2060 Super in most of the newer games. Not only that, but it can even go toe-to-toe with the significantly pricier RTX 2070 Super!

As you can see in the video above, which showcases the performance of both these GPUs, the RX 5700 XT has a slight advantage in Control and Hitman 2, while offering as much as 20-30 more FPS in the less demanding games such as Forza Horizon 4 and Battlefield V.

Also, for a more thorough comparison, here are the results from a benchmark by TechSpot, which shows the difference in performance between the RTX 2060 Super and the RX 5700 XT with a negative value indicating the Nvidia GPU being slower and positive indicating it being faster.

So, as you can tell from the test results, the RTX 2060 Super is, on average, 9% slower in 1080p and 8% slower in 1440p compared to AMD’s GPU. There are a couple of games where it is slightly faster and a few more where the performance is almost identical, but the RX 5700 XT has the lead in most titles.

Of course, the exact performance will vary from game to game, depending on how well-optimized the game in question is, and CPU and RAM will play a factor as well. In any case, the RX 5700 XT definitely offers better bang for your buck overall.

Then, there is the matter of pricing, which is where the two cards are on even terms: both of them come with an MSRP of $399, which makes them upper mid-range models, both performance-wise and price-wise.

Well, the main and most noticeable difference is the cooling solution. You will find RX 5700 XT and RTX 2060 Super models in the abovementioned price range that come with either dual or triple-fan open-air cooling, though you might also come across blower-cooled cards. However, blowers are best for smaller cases with limited airflow, and open-air cooling offers better cooling efficiency for most PCs.

Note that the slightly pricier cards with better cooling will usually be factory overclocked, meaning that the default clock speed will be slightly higher than on a reference card. However, this doesn’t really make much of a performance difference unless the clock is pushed further with liquid cooling, and liquid-cooled models are usually quite pricier.

In fact, going with a smaller dual-fan model might be a better choice for a smaller case. A shorter PCB means it will be easier to fit the card inside the case, while a less bulky heatsink will ensure better air intake if the card is close to the bottom of the case, plus there’s a lower chance that it will obstruct some of the extra PCIe slots on the motherboard.

But naturally, as with all things aesthetic, this is a matter of taste. Some might like the simple black shroud of the Gigabyte RX 5700 XT, while others might prefer the flashier MSI Gaming X variant, with its sleek metallic shroud, subtle red highlights, and RGB lighting.

With all of the above in mind, should you pay up to $50 extra for better cooling and extra overclocking performance? Well, if you’re an enthusiast who likes playing around with the hardware, you just might be inclined to do so or even go with a liquid-cooled model, but for the average gamer, we’d say that it’s usually not worth it.

Of course, you might still do so if you like the design of a pricier card better, but at the end of the day, what’s really important is that the manufacturer has a good track record and offers adequate warranty coverage.

Is Ray Tracing Worth It?

Logically, we can’t compare Turing and Navi GPUs without mentioning Nvidia’s latest and most heavily-marketed new addition to their arsenal – real-time ray tracing. This feature is conspicuously lacking in AMD’s corner.

So, how important is ray tracing right now, and does it give the RTX 2060 Super any extra points?

Well, there’s just no denying it – ray tracing is the future of lighting in video games, as it allows for much crisper and more realistic reflections. However, it is still used by relatively few games, and it constitutes a significant performance hit when turned on.

Here’s a list of all the games that support ray tracing at the time this article was written:

Of course, there are many big upcoming titles that will also utilize ray tracing, including Cyberpunk 2077, Doom Eternal, Dying Light 2, and even Minecraft, among others.

However, keep in mind that while ray tracing always looks great in demos and sections designed to showcase it, it won’t always make that much of a difference during actual gameplay. More importantly, it is very hardware-intensive, which means that it will usually pretty much cut the framerate in half – and this performance hit is bound to be especially noticeable with weaker RTX models such as the RTX 2060 Super.

Ray tracing is an important technology, and it is an important step forward when it comes to realistic in-game graphics, but at the moment, we feel that it is still more of a marketing gimmick than a useful feature.

With that said, we’d advise against getting the RTX 2060 Super for the ray tracing alone.

So, all in all, we feel that the Radeon RX 5700 XT offers better value for your money in general, so it is obviously the better pick if you want to get the best performance that you can for what you pay.

Of course, the RTX 2060 Super isn’t entirely without merit either, as its lower power consumption means that the card will be running more quietly and won’t be hitting temperatures as high as the RX 5700 XT. However, don’t expect it to make any notable difference when it comes to the electricity bill!

Also, there’s always the matter of ray tracing, and as mentioned above, we feel that it isn’t a worthwhile feature right now, especially for weaker mid-range RTX cards such as the RTX 2060 Super.

On a final note, if you’re shopping for a new graphics card right now, you may want to take a look at our complete graphics card buying guide, as it might contain something that’s an even better fit for your needs and budget than either the RX 5700 XT or the RTX 2060 Super. 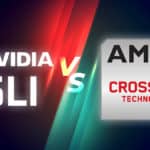 AMD CrossFire vs NVIDIA SLI – Are They Worth It?
Related Topics Tags