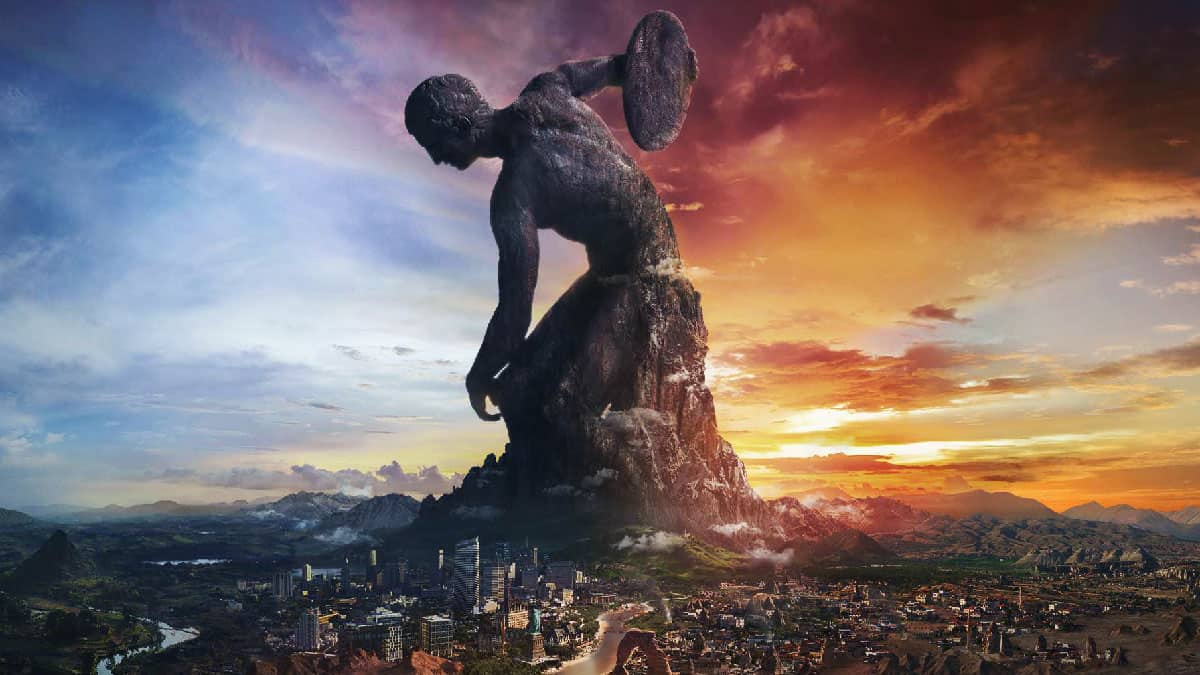 When it comes to the best strategy games, few series have as rich of a history as Sid Meier’s Civilization, which dates back to the early 1990s.

Although the series has become the go-to pick for anyone looking to tap into the 4X strategy genre, there are some Civ alternatives worth checking out.

In this list, we’ll shine a historical light on the best games like Civilization on Steam for fans to pick up and play in 2023.

For more recommendations, check out our growing library of curated gaming lists, and comment below with your favorite Civ game of all time!

Old World is a revolutionary historical strategy game where players can rule a dynasty over generations.

It features seven distinct kingdoms, each with four noble families that provide various benefits when put in charge of your cities.

Like Civ, the game allows you to wage massive wars with kings and queens of rival nations as well as pursue ambitions in areas like faith and developing technologies.

On top of that, players can explore historically-inspired scenarios, hold court in their own kingdom, marry for political gain, and raise future heirs.

Next up on our list is Field of Glory: Empires, a grand strategy game set in Europe and surrounding Mediterranean areas during the Classical Age.

In it, players set out to find what it truly means to manage an Empire by expanding their dominion through wars of conquests and culture.

The catch here is the longer your kingdom is around, the more challenges it will have to overcome as governments and cultural ideals are prone to change over time.

Much like Civ, the game gives lets you construct buildings to enhance your army, your people’s lives, and your trade network of goods and resources.

Total War: Rome Remastered is a classic collection that’s sure to sweeten any RTS fan’s library, particularly those fond of games like Civilization.

Of all the games in the series, this one is credited with setting the tone and standard for Total War going forward by introducing 3D graphics and modding support.

In it, players guide one of the most advanced civilizations through history, creating legions of warriors from 38 distinct playable factions.

With the remaster, Creative Assembly has refined the game’s graphics and gameplay enough to warrant revisiting one of the best campaigns in the franchise.

Crusader Kings is another historic strategy franchise the likes of which is right up there with Civilization, Total War and Age of Empires.

Furthermore, it’s a great alternative for history buffs that have always dreamt of guiding a dynasty through the Middle Ages.

In Crusader Kings III, you’re tasked with providing for your people, defending them from invasions, and expanding your empire by any means.

Along the way, you’ll have to squash peasant rebellions, travel and conquer distant lands, and stand your ground against Viking invaders.

Set during the Chinese Three Kingdoms period, Total War: Three Kingdoms has you playing as one of eleven rivaling factions as they battle to become China’s new ruler.

Whereas Civilization prioritizes growing and developing nations of people who need food, shelter, and protection, Three Kingdoms is more concerned with all-out warfare.

It makes several improvements to Total War’s UI and enemy AI behavior, resulting in immersive RTS battles with less time spent in menus and more on the battlefield.

If you’re a Civilization fan, chances are you’ll feel right at home controlling units and resources on the battlefield while spreading influence throughout China.

Currently in Steam Early Access, Kingdoms Reborn is a medieval city builder inspired by the likes of Banished, Anno, and Civilization.

You’ll be managing your people’s daily lives, sending them to work, making sure they eat and get enough rest to be productive members of society.

The game uses procedural generation to create its open world and offers seven distinct biomes with unique flora and fauna.

Sigma Theory has you controlling a nation battling with others for futuristic technology while trying to maintain diplomacy.

Doing so requires you to send out secret agents to gather intel and sometimes forge alliances with the very nations you’re trying to surpass.

This gives the game a constant ‘push and pull’ feeling that makes for exciting and emergent gameplay.

Much like Civ, the game tries to boil down many of its systems and concepts into more digestible tips that the average player can understand.

While there are plenty of Warhammer entries that stand out, Gladius inches its way closer to Civ through its dynamic 4X structure.

What you end up with is the refined combat of the Warhammer games and streamlined resource gathering.

The only downside is that it’s impossible to play the game diplomatically, with many scenarios requiring you to retaliate or initiate violence.

This may make it less appealing to 4X veterans but is perfect for novices looking to dip their toes in the genre.

Amplitude is nearly unmatched when it comes to challenging 4X gameplay with depth and variety, especially in the case of Endless Legend.

You play as one of several factions looking to overthrow the current regime in power by sneaking into the kingdom and building an army before the leaders find out.

While units are assigned faction-based stats and behaviors, combat in Endless Legend isn’t directly carried out by the player.

Instead, you pick your strategy at the beginning of a battle and watch it play out, a detail which may not jive with every player.

Paradox Interactive is one of the most well-known names in the strategy genre and has published just as many, if not more 4X titles as Civilization publisher Firaxis.

However, the company’s most significant success to date would have to be the space-themed grand strategy game Stellaris.

Compared to most games that fall under the 4X umbrella, grand strategy prioritizes both combat and diplomacy but may also allow for other playstyles.

And just like with the Civ series, there’s no shortage of expansions and add-ons to keep the fun going once you’re done with the base game.

Europa Universalis IV has a lot in common with Civilization, focusing on planning out strategies ahead of time to prevent your opponent from gaining a foothold.

Since the game is about overcoming historical imbalances, you’ll have to work tirelessly to keep other nations in check while still providing for your own people.

The campaign can be quite lengthy, giving you plenty of time to come to grips with its systems and figure out how to outsmart the AI.

Its scale is a bit more zoomed in than Civ and often requires you to micromanage units rather than issue general commands.

While not as popular Civ, the Age of Wonders series has always been an excellent 4X alternative that shifts its focus from Earth’s historical events to a high fantasy setting.

There’s no shortage of tactics to explore, and you’re free to approach things as aggressively or passively as you wish.

Additionally, enemies possess distinct strengths and weaknesses that must be dealt with accordingly.

With that said, Planetfall separates itself from the Sid Meier series by incorporating combat systems modeled after XCOM’s ground battles.

Based on a physical tabletop game, Scythe is a turn-based strategy game that transports you to an alternate version of 1920s Europa left in shambles by WWI.

You’re tasked with leading one of five factions on a quest to conquer territories and gain control over ‘The Factory.’

This coveted city-state is responsible for producing some of the best-advanced weaponry known to man, namely giant mechs that have begun shaping society’s future.

However, you’re not the only group vying for power as the remaining factions all have a stake in carving out their own empire.

Another physical board game adapted to digital formats, Gloomhaven is probably the most different compared to Civ but worth considering if you enjoy RPG mechanics.

The game takes place in a fantasy-themed world overrun with bandits, demons, zombies, and more, which have caused people to retreat to the safety of their homes.

Enter in you, the Guildmaster, the one who will reconnect the world and make a ton of money in the process by reopening trade routes and exterminating monsters.

There is a wide selection of recruitable mercenaries with unique abilities, upgrades, and perks to unlock by purchasing new gear for your party.

While Humankind may still be finding its footing in the 4X landscape, we’re confident in Amplitude Studios’ ability to get the game where it needs to be.

Billed as a worthy Civilization alternative, it sees players rewriting history across 60 distinct periods starting with the Bronze Age through to the modern era.

Even if many of its components feel like a remix of the Sid Meier games, Humankind does have an edge in the graphical department coupled with modding support.

Although the original Age of Empires revolved around human history throughout the Stone and Iron Ages, later installments have shifted their focus on the Middle Ages.

Age of Empires IV is a largely successful attempt at recapturing the original trilogy’s magic while offering new experiences tailored for both veterans and newcomers.

In it, players are tasked with managing their civilization’s workers and military units, eventually turning their small population into a mighty nation.

The game features a lengthy 30-hour campaign that sees you advancing through the ages as you collect resources, wage war with enemies, and unlock new technologies. 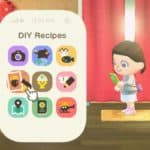