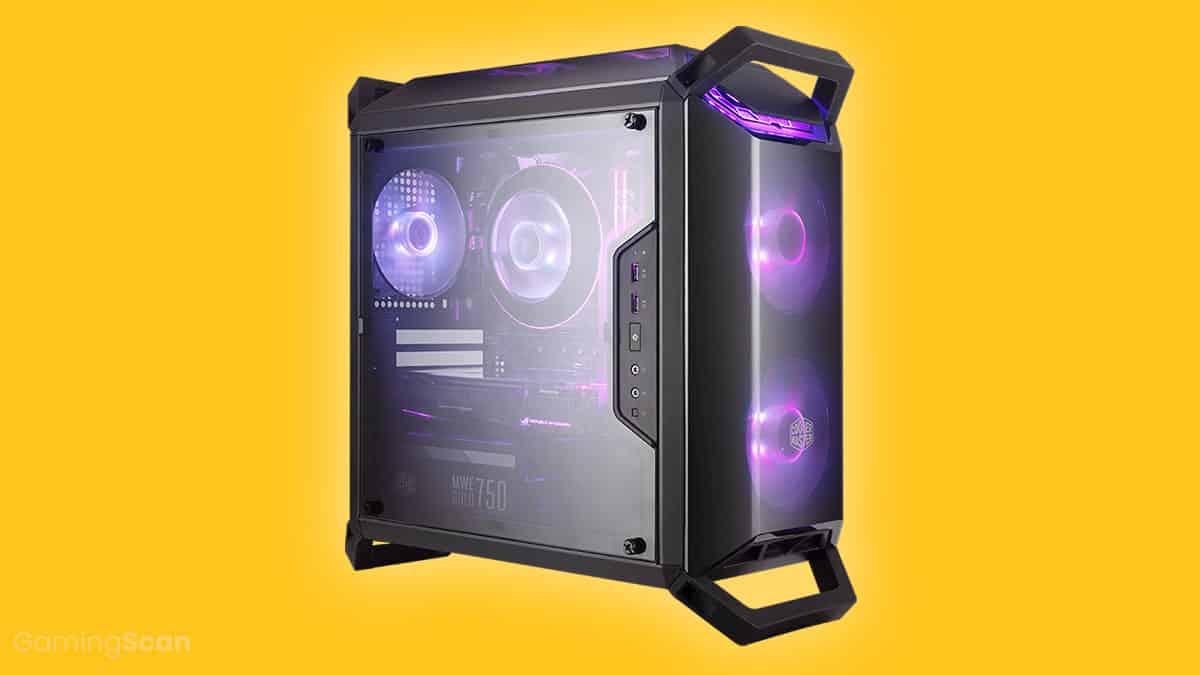 PC cases with handles are an excellent alternative if you want the power and customizability of a desktop with the portability of a laptop.

While a desktop computer will never be quite as easy to move as a laptop, this way, you can move your tower between places much more quickly. We’ll introduce you to some of your best portable PC cases with handles in this guide. 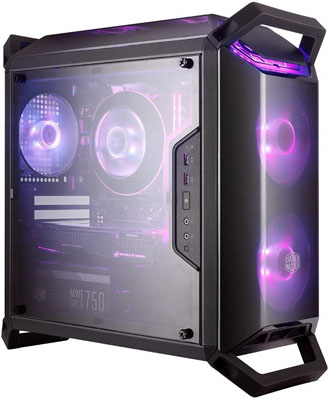 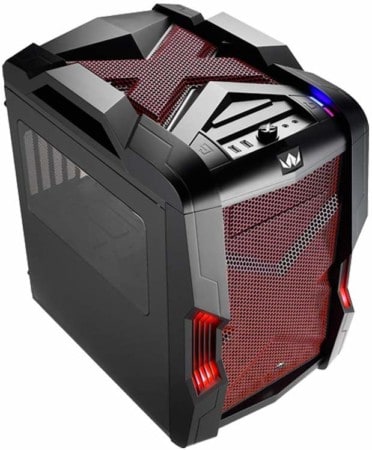 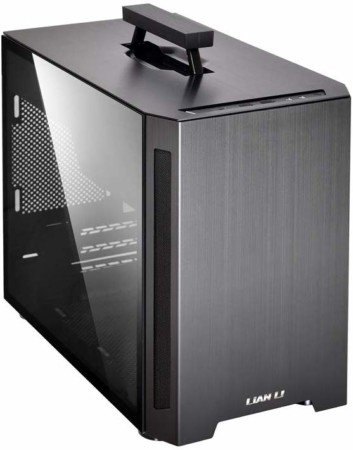 There are a lot of things to consider when looking at portable desktop computers. Since desktops are designed to be relatively stationary, those intended for portability aren’t as common, for one. Secondly, they will always be less portable than a laptop due to the separate nature of the monitor, keyboard, and mouse.

However, a desktop tower that has handles and is small and easy to move is significantly easier to deal with than a bulky full tower case.

If you have no other choice but to use a desktop, you prefer a desktop for any reason, or you move your computer infrequently (but still frequently enough to warrant a measure of portability), a smaller PC case equipped with handles bridges this gap exceptionally well.

While PC cases with handles (or at least grips or notches to hold onto) aren’t uncommon, a PC case isn’t necessarily portable just because it has these. For example, you wouldn’t want to deal with moving a full tower case regularly, even if it had handles on it for portability. It would be too large and heavy to transport safely.

On the other hand, anything ATX and smaller is reasonably easy to transport and move around. Of course, the smaller you go, the more portable your PC will be too.

As such, even an ATX-sized case isn’t the most portable option, but you’ll usually get the most performance out of an ATX case, too, since they don’t have as many size restrictions on parts. This hits a sweet spot between performance and size that mATX and ITX don’t hit as well.

However, this again comes at the sacrifice of affordability. You can still fit a great many upgrades into an mATX or even an ITX case if you’re careful about the parts you choose. It might cost more to purchase small-sized parts for your build, but if portability is paramount in your mind, it’ll be worth the price difference.

Because each case size has upsides and downsides, we’ve included a variety of sizes in this guide. Of course, other metrics, such as price, durability, shape, and ventilation come into play, too. Read on to learn more! 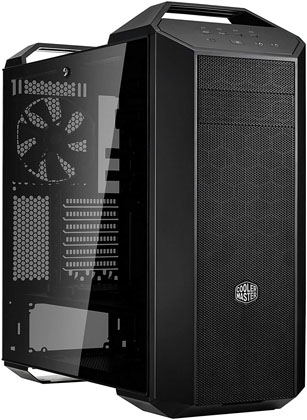 We’ll start with our comparison of the Cooler Master MC500, a mid-sized ATX tower that has helpful handle grips on top of the unit. While the size and shape of this PC case aren’t the most ergonomic or compact, it’s inexpensive and comes in several varieties.

Do note that the only models with handles attached to the unit are the MC500 and the MC500Mt, however.

The MC500 is the base model case, but it comes in a few other styles, too. We mentioned the MC500Mt above, but it also comes in the MC500P and the MC500M, among others. However, these other styles (minus the MC500Mt) don’t come with handles, so they don’t necessarily apply to this list.

The MC500 is a relatively simple black ATX tower. Because it’s a plastic chassis, it’s very inexpensive, and it’s a good size for any budget PC builder. Because it’s a standard mid-tower case, it will fit most internal components without issue.

However, this is unfortunately, where the trouble comes in. While it’s roomy, that also means it’ll be heavier and more challenging to move when you need to. But this may be a worthy trade-off for those who are willing to sacrifice a bit of portability for a bit extra performance.

Those looking for something a bit more attractive and up-to-date should take a look at the MC500Mt, too. The MC500Mt is black with red accents instead of all black, and while it costs twice as much as the standard MC500, it’s much more sophisticated-looking.

The handle on the MC500Mt is more ergonomically placed, too, which mitigates some of the awkwardness of carrying it.

Second, in our countdown, we have yet another entry from Cooler Master. However, the Q300P is quite different from the previous MC500 we looked at. For one, the Q300P is an mATX case, meaning it will be significantly easier to maneuver for anyone looking to move it somewhere else.

That being said, the handles on this unit are placed interestingly. There are a total of four handles on this unit instead of the usual one or two, and each one is placed at a corner. This means that, when your case is stationary, it will be resting on two of these handles – they form the base “stand” of the unit.

Despite being equipped with RGB LEDs and USB 3.0 ports, this unit is actually cheaper than the previous MC500. While this makes sense since it’s smaller, aside from size, it’s a much better deal for your money. Additionally, while the Q300P only comes in one variety, the customizable LEDs make it much more versatile in terms of color.

All in all, this is an amazing case, and not to mention popular. It hits a unique point between price, size, and features. Additionally, it has that bit of visual interest that puts it over the top of competing units. While you may have to find some smaller parts to make your build work, you can’t go wrong with this chassis.

The Lian Li TU150 takes PC building in a very different direction from the past two cases. As far as looks go, it looks very similar to a briefcase or suitcase. The case features a briefcase-style handle that folds down and away when not in use, too, which is great for the aesthetics of the case.

Unlike our past two styles, this case comes in two different colors, too. While they’re both quite similar, you can choose between a dark silver and a light silver for this case, which allows for some more flexible styling.

This case from Lian Li is also the only ITX case in this lineup. While ITX cases usually require some sort of compromise on the size of your PC components, the shape of this unit is relatively boxy and square, making it easier to find parts that fit the build well.

Our favorite part about the case is how sleek and modern it looks. The metal outer on this chassis is very eye-catching already, but the other design influences used to elevate the case to a new level. If you’re going to have a small PC that you bring from place to place in style, it doesn’t get much better than the TU150.

Surprisingly, the TU150 isn’t all that expensive, either – it’s in the same price range as the Cooler Master MC500 above. While this puts it a little bit on the pricier side for an ITX case, you won’t find a more portable chassis on this list.

Since ITX cases have the smallest form factor, they’re the most portable by default. All in all, if you’re looking to maximize on portability and don’t mind paying more for small components, this is an excellent choice to consider. 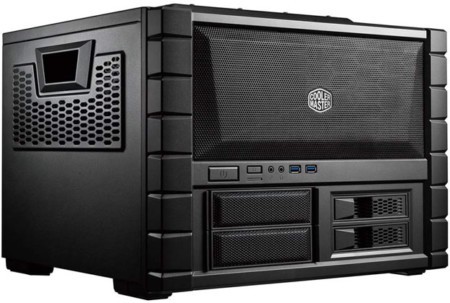 Next, we have yet another Cooler Master PC case taking its place in our lineup. This one is another ATX case, and it’s quite a bit different from the models we’ve looked at so far. This model is a “LAN box” PC case, and instead of being tall and long, it’s wide and squat – the opposite of most PC cases.

Because of this and its standard ATX size, it’s easy to fit all sorts of parts into this PC case. As far as looks go, the HAF XB Evo is nothing special. One could even argue that it’s quite a bit on the ugly side. However, while it’s not the most affordable option on our list, it’s inexpensive, and it’s nothing if not unique.

While this case may be lacking in appearance, where it really shines is reliability. This is a no-nonsense case that’s focused on ease of use instead of bells and whistles. While some people may not be willing to sacrifice looks for function, if you can bear to make that trade-off, this is a good option.

The only other disappointing feature about this case is its “handles.” Instead of an actual handle, this case has an inlet for gripping on each side. While these grips will get the job done, they’re not as comfortable and easy to use as a correct handle would be. It might be uncomfortable to carry this case with the included grips if it becomes too heavy.

The RexGear 2 from Nanoxia is an exciting addition to this lineup, and a great model to end our comparison on. Another mATX case, this one has a very cool aesthetic look compared to many of the options on this list. This model makes use of an “X” theme that you can very clearly see inspired many of the design choices on the unit.

Uniquely among the options on this list, the RexGear 2 comes in three different styles: black on white, red on black, and full black. This gives you a little more leeway when it comes to styling options. While the chassis is full plastic, it’s stylish enough that it doesn’t feel like much of a downgrade.

What’s really exceptional about this unit, however, is its price. The cheapest choice in our lineup, this unit is a no-brainer if you’re looking for an inexpensive yet stylish portable case. While the handles aren’t as advanced as those on the Lian Li, for example, they do get the job done.

While this model has been out for a while – it’s a bit on the older side – it’s still an excellent option for those looking for an inexpensive, portable PC case.

The only flaw to remember is that the side window on this case is quite small, and it’s made of plastic instead of glass. As such, if you’re looking to show off the internal components of your portable PC, this might not be the greatest option for you.

It’s not too often that you come by a really respectable portable desktop computer (especially one with handles), so our list on this topic is pretty short. However, that aside, there’s definitely something for everyone on this list! There are still a few PC cases that seem to have risen to the top.

Firstly, the Cooler Master Q300P seems to be the absolute winner in terms of all-around effectiveness. It’s a great compromise between modern features, portability, size, and price. What’s more, it comes with RGB LEDs to get your build started off on the right foot, too!

Secondly, it’s clear that the Nanoxia RexGear 2 is the best budget option. At almost half of most of the cases in this lineup, the RexGear 2 is unbelievably inexpensive. If you’re willing to put up with a case that’s a bit less modern than the Q300P, this is an excellent option.

However, the best premium option – and the most attractive case in this list by far, in our opinion – is the Lian Li TU150. This case is the ultimate combination of looks and portability, and while the case itself isn’t outrageously expensive, it will almost assuredly require you to buy smaller-sized parts because of its size. If you can tolerate that aspect with it, you’ll have one of the nicest-looking portable desktop cases available. 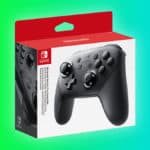