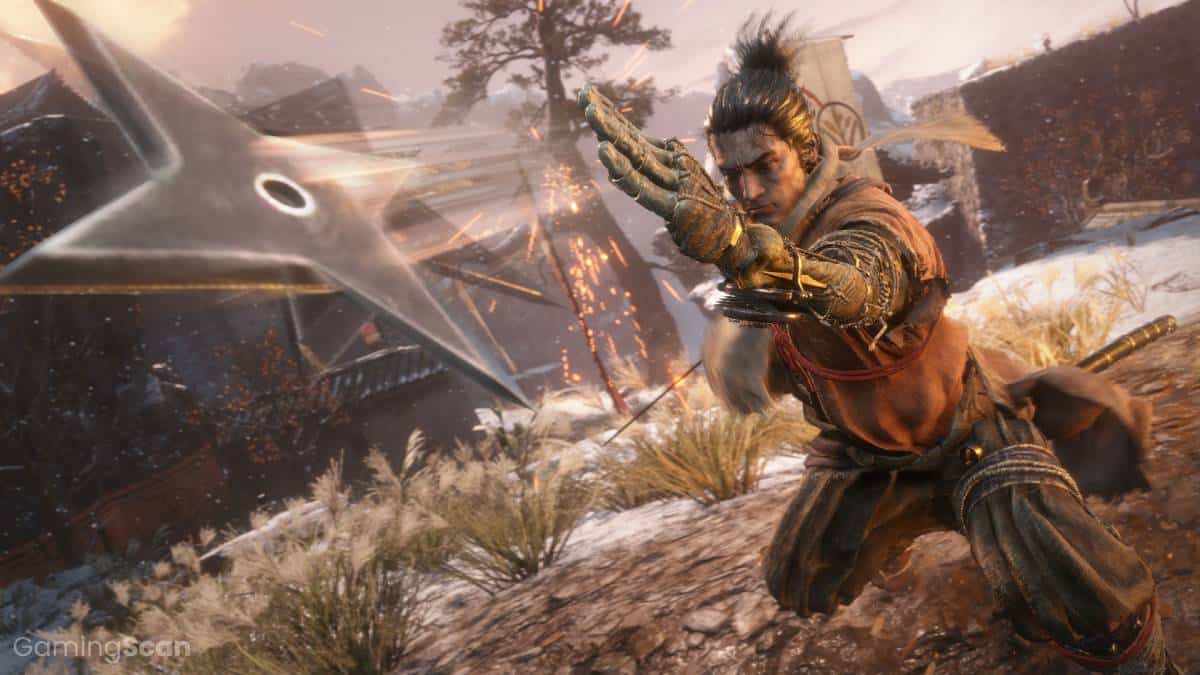 Sekiro: Shadows Die Twice is a phenomenal action title that challenges players’ reflexes and maintains the steep learning curve we’ve come to expect from FromSoftware games. And while console owners may be stuck playing the vanilla version, Sekiro PC players have the magic of modding at their disposal.

These range from standard game mods that improve visuals and boost performance, to more unusual ones that allow you to completely break the game or any sense of immersion, such as swapping out Wolf for Sheriff Woody from Toy Story.

Here, we’ve highlighted some of the best Sekiro mods to help improve the look and feel of the game and add a little flavor to FromSoftware’s latest creation. We’ll be updating this list in the future with new mods, so make sure to check back. 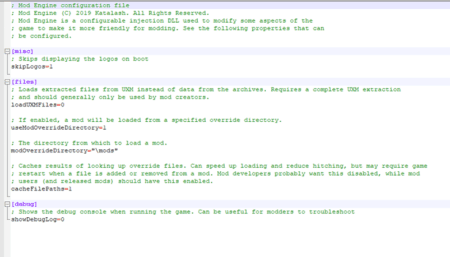 A majority of Sekiro mods will require you to have the Sekiro Mod Engine installed beforehand. It’s essentially a file editor that allows other mods to change how the game runs and will make your modding experience a whole lot easier.

As a bonus, it lets you skip the opening logo at the start of the game. While it may not be as flashy as the other entries on this list, it’s always important to have a solid foundation before you start messing with your game.

One of the best advantages of modding is the ability to tailor the performance to your hardware. With the Sekiro FPS Unlock and More mod, you’ll be able to unlock the game’s frame rate, set custom resolutions for a variety of monitors – such as ultra-wide – and adjust the field of view to your liking.

Surprisingly, it also allows you to alter some aspects of gameplay as well. For example, you can stop Dragonrot from spreading whenever you die, remove Sen and XP loss on death, and even change the in-game speed to run faster or slower. Although set-up requires you to do some tinkering, this is without a doubt one of the better Sekiro mods available. 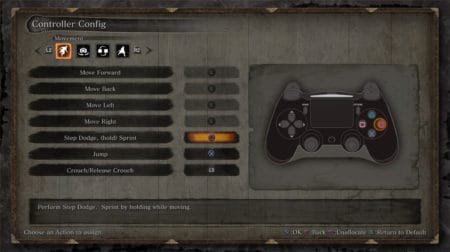 For some reason, the PC version of Sekiro has a hard time detecting when a PlayStation 4 controller is being used to play the game. This is strange, considering that native PS4 buttons are already present in the game’s files.

To remedy this, we recommend installing the Native PS4 Buttons mod, which forces the game to recognize when a Dualshock 4 controller is connected. Set-up is easy and fast, ensuring you can get back to slicing enemies as quickly as possible. 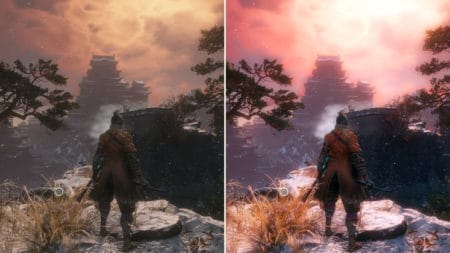 Although Sekiro is already a visually-stunning game filled with beautiful, hand-crafted environments, there are a couple ways to make stand out even more the magical version set in Sengoku, Japan. With the Sekiro Simple Realistic Reshade mod installed, you’ll spot a noticeable change in saturation, contrast, and lighting.

Since reshaders have a reputation of being GPU-heavy, it’s nice to see a simple mod that’s not too demanding while still getting the job done. If you’re unsure of which mod to install first, changing the way your game looks is always a great starting point. 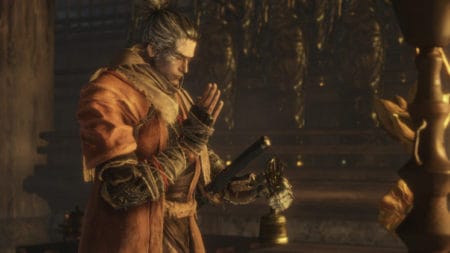 There’s been a lot of debate online regarding the lack of difficulty options in Sekiro, with solid arguments on both sides. Given FromSoftware’s disinterest in adding an ‘Easy Mode’ for more casual players, modders have taken the liberty to do it themselves.

The Sekiro the Easy mod makes a number of changes such as making Wolf’s attacks stronger, raising his defense and stamina, the presence of a higher drop-rate for items, falling damage removed, increased weapon buff duration, and infinite Spirit Emblems. Speaking of Spirit Emblems, if you really want to go nuts we also recommend installing the No Spirit Emblem Cost mod. 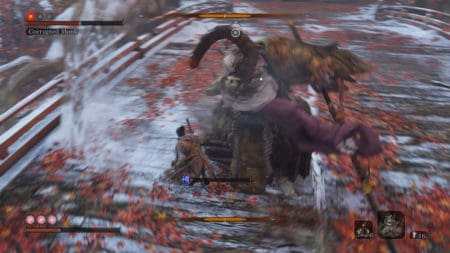 On the other hand, perhaps you’d like to make Sekiro more challenging, and adjust combat to make it feel more like FromSoftware’s popular action-RPG, Bloodborne. In the Bloodborne Combat mod, blocking is rendered useless, the indicator for dangerous incoming attacks has been removed, and you are forced to dash to avoid enemy damage.

However, it does come with some benefits, such as being able to regain HP by dealing damage to an enemy’s health directly. A recent update made it so that dashing and attacking now negatively affects your posture – as if this mod wasn’t challenging enough as is. 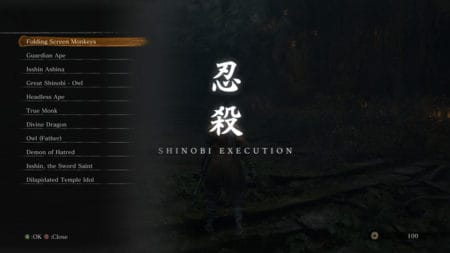 Among Sekiro’s greatest strengths are its boss fights, which see you battling against powerful foes with distinctly destructive attack patterns and multiple phases. While these bouts can prove extremely challenging, come out victorious, and you’ll be rewarded with large amounts of XP and money.

This makes replaying boss fights highly valuable, leading modders to create a Boss Rush mod that allows you to face-off against any boss in any order by selecting from a menu found at the Dilapidated Temple Sculptor’s Idol. Additionally, it includes the option to warp from one boss to another after you’ve won a battle. 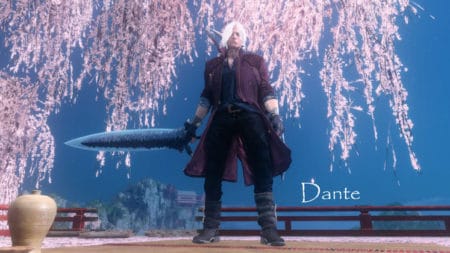 At the top of this list, we mentioned an immersion-breaking mod that swaps Sekiro’s protagonist with Sheriff Woody from Toy Story. What if we told you this was just the beginning?

While there are a plethora of Sekiro mods for adding in new character models and skins, the Ultimate Character Collection mod is by far the most expansive, consisting of a whopping 25 characters from various franchises.

Highlights include the Yharnam Hunter from Bloodborne, Geralt of Rivia from The Witcher 3, Dante from DMC 5, Scorpion from Mortal Kombat X, and Darth Maul from Star Wars: Battlefront II. To match your new look, the mod also adds new weapon skins to replace Wolf’s sword with your selected character’s weapon of choice. 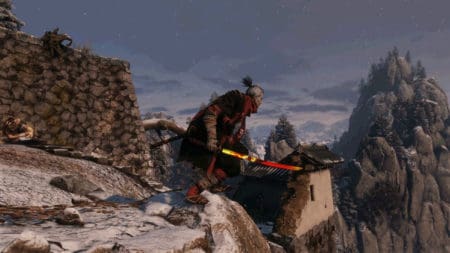 If you found the last mod’s offerings inconsistent with Sekiro’s overall tone, consider installing the Katana Merchant mod, which is dedicated solely to purchasing new skins for Wolf’s sword. It introduces a merchant into the hub world whose wares include a variety of unique and interestingly-designed skins for your weapon, many of which fall in line with the game’s aesthetic.

Given the lack of customization in vanilla Sekiro, it’s nice to see modders find ways for players to stand out, even if it means just slapping a fresh coat of paint on a katana. Lastly, it should be noted that this mod doesn’t affect stats or alter the moveset of any in-game weapons. 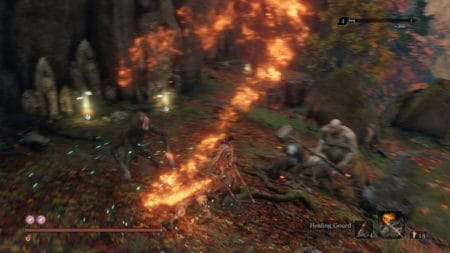 Rounding things out, we have the Elemental Weapon Buffs mod, which adds cool-looking elemental effects when performing attacks. This is done by consuming certain items, with the effect lasting three minutes before having to be reactivated.

Included effects are fire, poison, thunder, air, bloody air, blood, dark, and one that sends confetti flying from your weapon. You can also make it so that Wolf’s eyes glow bright red during battle. Of course, all of these effects are strictly cosmetic and don’t have an impact on gameplay. 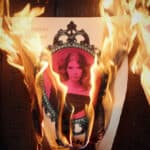