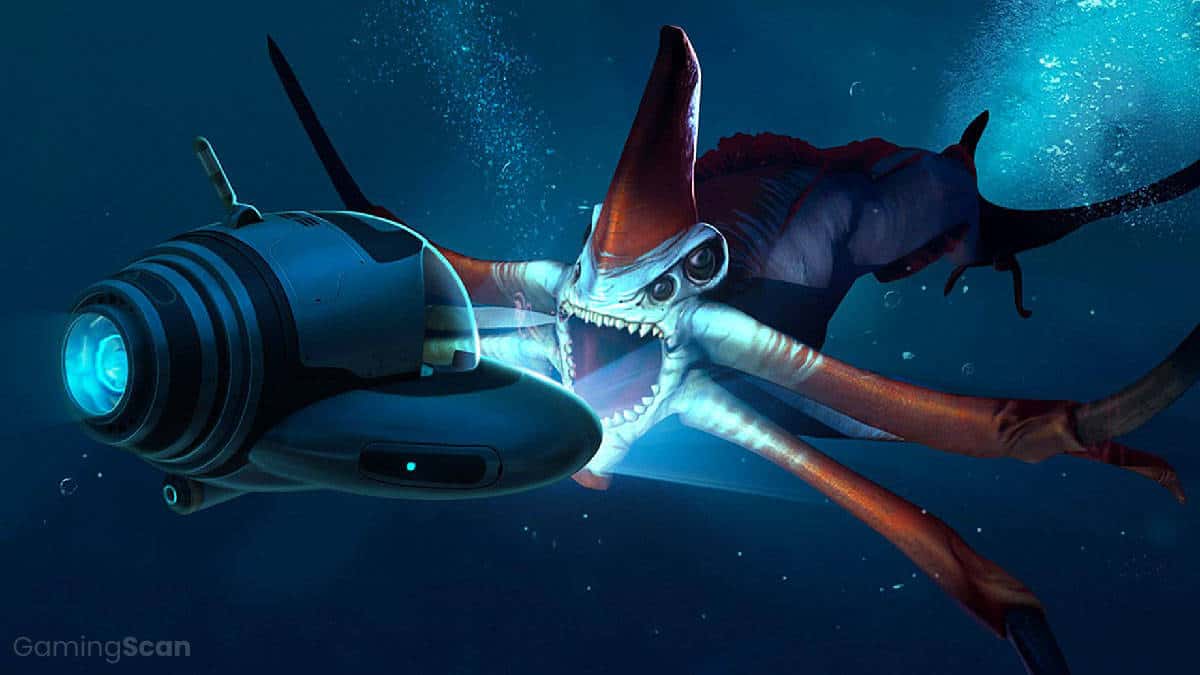 Created by Unknown Worlds, Subnautica is a fantastic survival crafting game with open-ended gameplay that rewards you for exploring and taking risks.

The game presents a sprawling underwater open world filled with valuable resources and countless challenges to overcome as you build bases, submersibles, and unique tools.

We’ll be updating this list in the future with new titles, so make sure to check back and let us know if we missed any of your favorite games similar to Subnautica!

Our first recommendation for anyone who enjoys Subnautica is Raft, another first-person open-world survival game that takes place in a never-ending ocean.

You start with a small raft that’s effectively a few planks of wood and a metal hook attached to a rope that can be used to reel in junk and other objects in the water.

Like Subnautica, the game allows you to set your own goals and combine crafting materials gathered to create new furniture, tools, weapons, and power sources.

The challenge comes from trying to maintain and expand your mobile base while being hunted by a hungry shark that’s prone to biting off chunks of your raft.

Stranded Deep is a great alternative to Subnautica that has you taking on the role of a character who survives a deadly plane crash in the middle of the Pacific Ocean.

Fighting for survival, you’ll have to scavenge any resources you can find on small islands and abandoned shipwrecks while making sure to avoid sea monsters.

Each world in Stranded Deep is procedurally generated, meaning no two are alike; however, you’ll have no shortage of interesting locations to explore, including reefs, islands, and underwater trenches.

Like Subnautica, you’re tasked with managing your character’s hunger and thirst as you gather materials and craft various rafts, bases, tools, etc.

Grounded offers a challenging survival sandbox experience similar to Subnautica, only set within the confines of a suburban backyard.

You play as a kid who accidentally gets shrunk down to the size of an ant, navigating a living ecosystem where just about everything wants to kill you.

Like Subnautica, one of your main objectives getting started is to find a safe place to rest your head each night, a feat that’s easier said than done.

The backyard is a treasure trove of useful ingredients that can help keep you alive but beware of massive spiders that roam the map and effectively serve as Grounded’s own Leviathan monsters.

Next up, The Long Dark is a first-person open-world survival game that takes place during an unforgiving Canadian winter on Big Bear Island.

In it, you take on the role of Will Mackenzie, a bush pilot assigned to escort a medical doctor to the island when suddenly the plane crashes and the pair become separated.

Will must venture out to try and locate the doctor while braving the frozen wilderness that surrounds him, overcoming fatigue, hunger, and thirst along with animal predators such as wolves.

While its story may not be as impactful as Subnautica, both do a great job of providing players with just enough narrative breadcrumbs to push forward and make discoveries.

Minecraft has evolved quite a bit since its alpha release in 2010, but at its core, remains one of the best survival crafting games around today.

It’s also responsible for influencing countless other titles in the genre, including Subnautica, with the pair sharing many similarities, namely an open-ended approach to exploration and progression.

Your goal is simply to survive the game’s hostile world while exploring various villages, temples, and mines in search of natural resources.

Lacking any real story, it’s the perfect Subnautica alternative for anyone who likes to carve out their own adventures and build to their heart’s content.

Created by aptly named indie developer Giant Squid, Abzu is a calm and tranquil adventure game that casts you as a scuba diver that awakes floating on the ocean’s surface.

It’s not long before you find yourself traversing beautiful and atmospheric underwater environments brimming with flora and fauna while encountering ancient ruins from a forgotten time.

While there aren’t any survival or base-building elements to speak of, there’s a great sense of mystery and wonder in Abzu’s exploration that feels reminiscent of Subnautica.

The entire game will take you roughly 3-4 hours to complete, so once you’ve had your fun, consider moving on to one of the other games highlighted in this list.

Billed as a story-driven survival horror game with some light underwater exploration, SOMA is perfect for anyone who enjoys the more terrifying aspects of Subnautica’s world.

In it, you play as an AI clone named Simon who awakes to find himself trapped in a deep-sea research facility under mysterious circumstances.

Desperate for answers, he sets out to explore the facility and uncovers the truth behind the base’s origins, sinister experiments, and missing employees all while trying to slip past mechanized creatures.

Although it doesn’t feature any hunger, thirst, or even base-building mechanics, SOMA’s immersive first-person perspective makes for tense stealth and chase sequences that play out similarly to Subnautica.

Alien: Isolation is another fantastic survival horror game that blends stealth and action with plenty of jumpscares as you sneak around sprawling space stations while hunted by a deadly alien.

You play as Amanda Ripley, the daughter of series’ protagonist Ellen Ripley and an engineer who’s given a chance to investigate her mother’s disappearance after her ship’s flight recorder is recovered.

Things quickly take a turn for the worse when you learn that the crew and androids aboard the Sevastopol remote space station have been corrupted, and a terrifying Xenomorph has climbed aboard.

Just like in Subnautica, you have to make do with the resources around you by crafting various traps and tools to even the odds; though sometimes your best option is to run and hide until the coast is clear.

You play as a simple guy called “the Man” who’s on his way to a galactic funeral with his grandfather’s ashes when he’s suddenly plunged into a universal conspiracy aboard an enormous space frigate.

To survive, he’ll have to navigate the frigate’s debris and scavenge for valuable resources and blueprints to craft new life-saving equipment.

Like Subnautica, a lot of the game is spent monitoring your oxygen levels as you search through abandoned ruins and ship-wreckage in search of materials.

No Man’s Sky is another space-faring survival game that drops you in a massive sandbox infinitely larger than Subnautica’s underwater open-world.

Gameplay revolves around exploring different planets with unique ecosystems and resources that can aid you in your mission to get to the center of the galaxy.

Like Subnautica, the game features a base-building component as well as several vehicles to make navigating expansive planets a lot easier.

Additionally, it’s a lot less structured and more open-ended, allowing you to focus on the activities you enjoy most, whether that’s exploration, base-building, trading, etc.

If you enjoy the crafting aspects of Subnautica’s gameplay most, then you’ll fall in love with Satisfactory’s robust upgrade tree that sees you constructing the ultimate factory.

In it, you take on the role of a Ficsit worker assigned to harvest an alien planet’s natural resources and use them to research new technologies.

Doing so allows you to craft new gear ranging from weapons, gadgets, and tools to jetpacks, cargo vehicles, trains, and everything in between.

It’s not as focused on combat and survival, instead emphasizing automation and organization as you try to build the most efficient and aesthetically pleasing production facilities you can dream of.

Considering how many of the creatures in Subnautica look like they could have come from the Jurassic era, fans should have no problem taking on dinosaurs in Ark: Survival Evolved.

In it, you explore an expansive sandbox world dominated by futuristic technology and dinosaurs that can be hunted and tamed as pets, providing you with transportation, extra storage, and protection.

There are also various resources to gather, such as wood and stone, that let you build simple huts before moving on to more advanced materials.

Like Subnautica, Ark’s world is filled with numerous threats, including several aquatic behemoths such as giant megalodon sharks, anglerfish, and manta rays.

Green Hell is a first-person open-world survival crafting game that sees you navigating a nightmarish Amazonian rainforest ripe with danger and horror.

Instead of combating aggressive sea life, you’ll have to deal with the rainforest’s native tribes, who aren’t too keen on welcoming outsiders.

The only way to survive is to craft weapons and construct a shelter from the surrounding resources while hunting for your next meal.

Like Subnautica, Green Hell encourages curiosity and risk-taking by rewarding you with extra materials, upgrades, and lore for exploring new areas.

The Forest is another open-world survival game that takes place on a remote island filled with an assortment of terrors, namely grotesque cannibalistic mutants.

You play as a father whose son is kidnapped after their plane crash-lands and must overcome every obstacle or challenge the island throws his way.

This includes building shelter, crafting makeshift tools, and arming yourself with weapons to ward off potential threats as you search for your son.

Similar to games like Subnautica, The Forest features a flexible building system that lets you construct bases wherever and however you want along with a trail of narrative breadcrumbs to follow.

After managing to survive in Subnautica’s unforgiving ocean, why not put your skills to the ultimate test and try to endure Rust’s hellish open world.

Billed as a hardcore online survival sandbox, the game has you spawning into its world as a vulnerable “naked,” with nothing but a single rock to your name.

Armed with this simple tool and your wits, you’ll have to scavenge for supplies, kill wild animals for food and clothing, and construct shelter away from prying eyes.

This is all while monitoring your character’s hunger, thirst, and body temperature, as well as establishing alliances with friendly players and avoiding aggressive ones until you’re properly armed.

Astroneer is an open-world sandbox game set in a cute and vibrant alien setting where oxygen is hard to come by and natural resources are aplenty.

What sets it apart from other games in the genre is its Terrain Tool, which lets you bend environments to your will by terraforming any natural surface while harvesting any nearby resources.

Similar to Subnautica, the game features a unique crafting system that relies on creating networks of stations, vehicles, and tethered oxygen sources to keep you alive as you explore.

While there’s no combat to speak of, traversing Astroneer’s procedurally generated worlds and their numerous hazards is a challenge in itself. 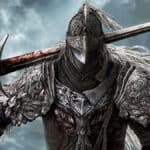