A couple years ago, the Dark Souls fanbase went abuzz with anticipation. A remastered version of the original game had been announced, and it was set to be released on the 25th of May for PC, PS4, Xbox One, and Nintendo Switch.

The reaction was mixed. Some were happy to have the opportunity to revisit Lordran with a rekindled (pun intended) multiplayer scene. Some were not satisfied with the seemingly minimal changes for a full-priced release. Some, instead, let their desire for a Demon’s Souls remaster overshadow this one.

So, what exactly changed in the remastered version. And, most importantly, is it worth the price tag?

Let’s not sugarcoat it. “Remaster” is just a fancy word to stick on a port and charge premium fees for it on every platform.

Remasters are very different from remakes since remakes essentially reimagine a game from ground-up. Remasters, on the other hand, simply bring a game to a new platform and introduce some limited improvements.

With that said, the remastered Dark Souls does not differ at all from the original game in terms of mechanics, with nearly all the improvements being solely technical.

Among other things, there are bug fixes, some gameplay balancing, updated graphics, and some new multiplayer features.

The first and most significant change when it comes to the graphics is the enhanced resolution and framerate on all platforms.

The original game ran at 720p and 30 FPS on consoles, and the poorly-optimized PC port also locked the game at this resolution, imposing the same framerate cap, with PC gamers having to resort to mods to make the game perform better.

Here are Dark Souls Remastered resolution and framerate targets on all platforms:

Performance issues plagued console releases of the original Dark Souls for PlayStation 3 and the Xbox 360 version. At the same time, an entirely different set of problems hit the PC version due to the developers’ inexperience with PC ports. The remastered version will, luckily, fix all those performance issues.

Furthermore, the graphics engine was also updated to feature sharper textures, denser and better-looking particle effects, and more realistic lighting. However, no new assets have been included.

The only genuinely significant gameplay improvements are to be found in the multiplayer department.

These are the more significant changes. Yet, the remastered game introduces additional bug fixes, balancing, and other minor improvements that make the game more stable and fluid compared to the original release.

Like most remasters, Dark Souls Remastered is set to launch at $40 on all platforms.

Now, the question that you – if you’re a Souls veteran – are undoubtedly asking yourself is: are there discounts/free copies for those who already own the game?

Originally, Bandai Namco stated that there would be no discounts, but they recently changed their mind due to community backlash. Steam users who already own the original Prepare to Die Edition will receive a 50% discount. However, there are no discounts for those who have the PlayStation 3 or the Xbox 360 versions of the game.

Dark Souls Remastered vs The Original – Which Should You Get?

What if you’ve never played any of the Souls games before, or perhaps you played a few but not the first one? What you will be wondering at this point is which you to get. The remastered version, or the original Dark Souls – Prepare to Die Edition?

Well, this question is no longer relevant. Bandai Namco has announced that they will be removing the Prepare to Die Edition from Steam soon, although no exact date has been set. It will most likely coincide with the launch of the remaster.

At the moment, the Dark Souls – Prepare to Die Edition costs $20 on Steam, but you could probably find a cheaper option at some third-party stores or marketplaces. The only reason you might want to buy it at this point would be to be eligible for the Steam-only discount on the remastered version. However, this wouldn’t make much sense, since you would get a $20 game for a $20 discount. Obviously, this reasoning does not apply if you are a collector and want to have the original version in your library before it’s taken off Steam and its price skyrockets.

Apart from that, there are no merits to playing the original release. The port is borderline unplayable without the help of DSfix, and the multiplayer scene is pretty much dead by now as well.

Looking at it from an objective standpoint, Dark Souls Remastered seems to be a rather competently put-together port. It fixes the original PC release’s glaring issues and provides a reinvigorated multiplayer experience.

Best of all, Bandai Namco has finally met the community’s demands and provided a 50% discount for those who already own the game. This is only applicable to Steam users, but it will surely win the favor of many veterans itching to revisit Lordran once more. On the other hand, those who own the original game on the PS3 or the Xbox 360 will have to pay the full price for this privilege.

So, should you buy it?

If you’re a veteran who owns the original game on Steam and is seeking to recapture the feeling of your first time playing, the 50% discount on the PC release makes this prospect all the more appealing. On the other hand, if you’ve only played the original on a console, we suggest waiting for a discount – unless you’re eager to jump back into the multiplayer.

As for the newbies to the franchise, or those who still have the original Dark Souls sitting on their wishlist, I say: go for it! Whether it’s your first “Soulsborne” game or if you’ve simply left the (arguably) best for last, the remastered game and the DLC are well worth the price tag. Enjoy the scenery, take in the lore, praise the sun, and git gud! 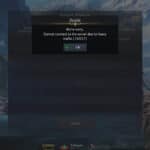