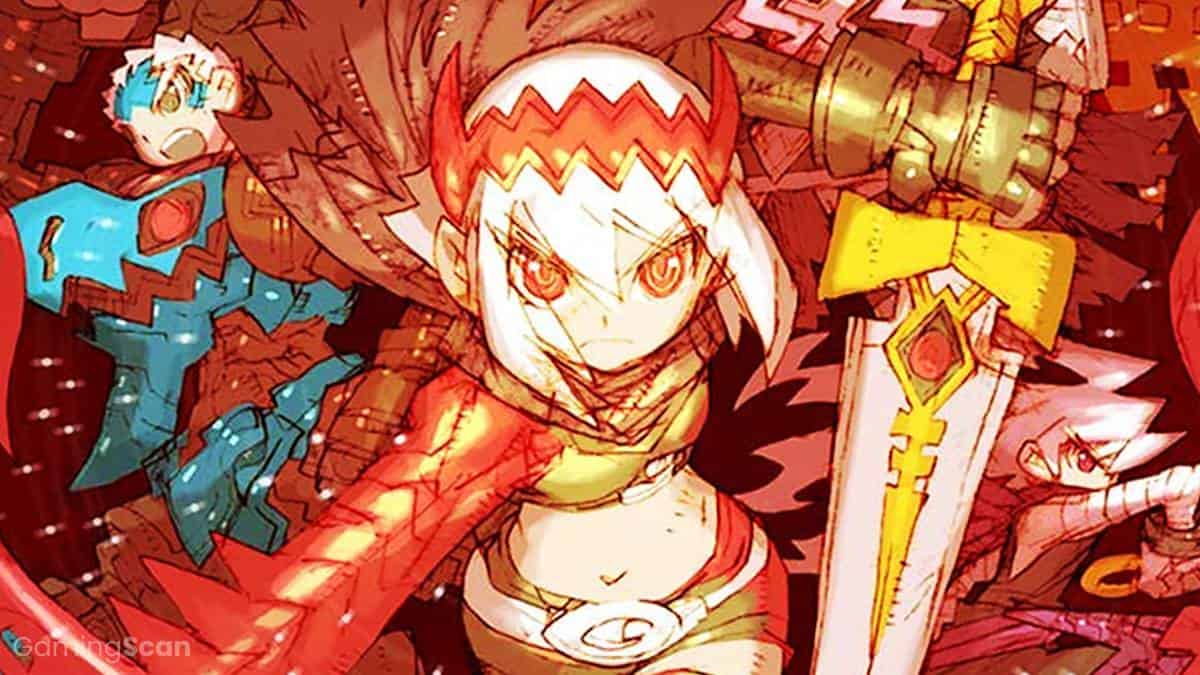 Although the company is most well-known for creating the Mega Man Zero series, they have also seen great success with games like Azure Striker Gunvolt and Blaster Master Zero, a remake of the original NES game.

On March 26th of 2020, the game was given a physical retail release, which contains both character packs as well as extra DLC: Both The Dragonblood Village and The Dragonblood Thief quests along with a Striker Gear Pack, which includes an additional weapon for each of the four playable characters

I received a free copy of the physical version for review and believe it is the best way to experience everything the game has to offer.

That being said, there’s a lot to discuss when it comes to Dragon Marked for Death, so let’s dive in.

I was pleasantly surprised by how much I enjoyed the game’s aesthetic. Characters and environments are fully realized and have a level of detail that you don’t always see in pixel art games. Inti Creates nailed the fantasy setting they were aiming for, and you can tell that all the animations and levels were carefully handcrafted to fit in with the game’s overall look.

The soundtrack impressed me as well, with a nice selection of background music that always fits the mood of each activity, from simply roaming around the village to hacking away at goblins. As a Westerner, I would have liked the option to play with an English dub, but the Japanese voice actors did an excellent job. My only criticism would be that the character action dialogue can feel repetitive after a while, and given this is a hack n’ slash game, you’re going to hear the same lines a lot.

I think even fans of Inti Creates’ previous work would agree that their games are largely gameplay-driven and usually have confusing or poorly explained narratives. Unfortunately, DMFD’s story falls into the same category.

You play as a member of the Dragonblood Clan, whose home was destroyed by the Medius Empire, a group of religious monarchs that worship the divine ‘Celestials.’ Seeking revenge, you make a pact with an ancient dragon named Atruum, who bestows you with great power. From there, you spend most of the game taking quests from villagers who are prejudiced against anyone with Dragonblood lineage.

The more quests you complete, the more accepting the villagers become of you as word of your good deeds spreads quickly throughout the town, attracting new villagers to ask for your help. While I ultimately thought this was a great story device as it allows you to see the direct impact your actions have on the world, it made early sections feel like a slog.

It was also hard to truly care about any dialogue an NPC had to offer since a majority of them are written to be extremely shallow and limited to ‘hot or cold’ personalities. Additionally, your character is mostly silent, speaking only when it’s required to advance the main plot. Including extra lines of dialogue that reveal more about an NPC’s backstory or giving the player character a distinct personality would go a long way to making me feel more invested in the game’s world.

Combat in DMFD feels reminiscent of Inti Creates’ previous games and demands you learn enemy attack patterns and proper timing. Should you choose to do so, you’ll also have to gain mastery over each character’s kit, since they all have drastically different playstyles and uses in battle.

You have the Empress, who is probably the most balanced character with both close-range and long-range coverage. I spent a majority of the game playing as this character because of the versatility of her ‘Dragon Arm,’ which can shoot out fiery projectiles and also transform into a large blade that knocks enemies backward. In her other arm, she wields a sword, which is useful for quick attacks.

Next is the Warrior, a more tanky character that relies on defense and slower, more powerful attacks. He has access to a ‘Dragon Guard’ barrier that temporarily blocks incoming fire and recovers health as well as a ‘Berserk’ ability that increases his damage. This was one of my least favorite characters as I found his melee animation lasted far too long and his overall playstyle didn’t fit in with the game’s fast-paced combat.

Another character I enjoyed was the Shinobi, an assassin-style character that can jump off of walls and glide in the air. He comes equipped with double daggers and can perform a flurry of attacks as well as shoot bursts of shurikens at enemies. His increased speed makes the Shinobi really fun to control, however, he is also a ‘glass cannon’ and can die pretty quickly if you’re not careful.

Last up is the Witch, which was my least favorite of the four due to the fact that her abilities require you to perform memorized button inputs, which I had no interest in. Each chain of button commands casts a different spell, ranging from bursts of healing to powerful elemental attacks. While casting spells, the Witch is completely defenseless, meaning you’ll be taking a lot of damage if you don’t time your attacks correctly.

Although every character feels distinct, they each wear out their welcome rather quickly due to the repetitiveness of the game’s combat. Levels are packed with seemingly endless waves of enemies that will group up in clusters and barrage you with multiple attacks from all directions that can easily stun, poison, freeze, or most annoyingly, confuse your character, causing the game’s controls to be momentarily inverted. For most characters, fighting boils down to performing the same three attacks over and over until an enemy is killed, barring you aren’t interrupted in the middle of your combo.

The issues with DMFD’s combat are most evident in its boss battles, which are severely one-sided and pit you against overpowered bullet sponges. I believe there’s a fundamental issue with how traversal in these sections work since, aside from the Shinobi, every character has extremely limited mobility and can easily get stuck in a corner only to be spammed with attacks. These punishing encounters leave little to no room for strategy and end up feeling like you’re slamming your head against a wall, hoping to make a dent.

I believe a lot of the problems with the game’s combat stem from the fact that it’s clearly designed to be played with others. While I completed the entire game solo, I saw videos of the game being played in two-player co-op and noticed an immediate difference in how boss battles and normal encounters played out. Its fine for a developer to want to make a more co-op focused game, however, there should be some scaling taken into account if you’re going to offer both single and multiplayer options.

Some people may also be confused by the way the game handles multiplayer. Although its description mentions both online and local multiplayer, the person or persons joining you will still need their own copy of the game and Switch console. Given that the Switch is home to a myriad of titles that offer local co-op on the same system, I find this approach to multiplayer truly bizarre.

If you’re a fan of Inti Creates’ other games or enjoy the hack n’ slash genre, I could see many of the issues I’ve raised being of little to no concern to the potential fun that can be had with DMFD. However, one aspect that I think is truly mind-boggling regardless of your preference is how the game handles story and character progression.

Each of the four playable characters have their own story progression, meaning even if you grind with one character and complete a significant amount of content, once you switch to another one, you’ll find you have to not only level up that individual character but also replay the exact same quests in order to do so. This makes the repetitive aspects of the game much, much worse and discourages players from even trying other characters.

Additionally, XP gains are fixed based on specific quests, meaning your performance during a mission doesn’t matter as much as the type of quest you’re currently on which would lead players to just farm the same quest over and over again, something that shouldn’t be present in a game that is already lacking replayability. I believe an easy way to mitigate this issue would be to have progression that ties all characters together; meaning players could swap out to a different one whenever they wanted without worrying about feeling underpowered.

For anyone reading this review who already considers themselves a fan of hack n’ slash games or the style with which Inti Creates approaches combat design, DMFD may very well be right up your alley. However, if you’re someone like me who’s less experienced with the genre or prefers a more story-focused single-player experience, you should look elsewhere.

Although the game has a lot of issues that can be easily overlooked in favor of its great visuals and diverse cast of characters, there are fundamental problems with how it handles progression and level scaling. I’m hoping Inti Creates’ learns from DMFD’s flaws and aims to deliver a better experience that appeals to both solo and co-op players with their next project. 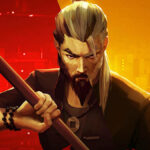