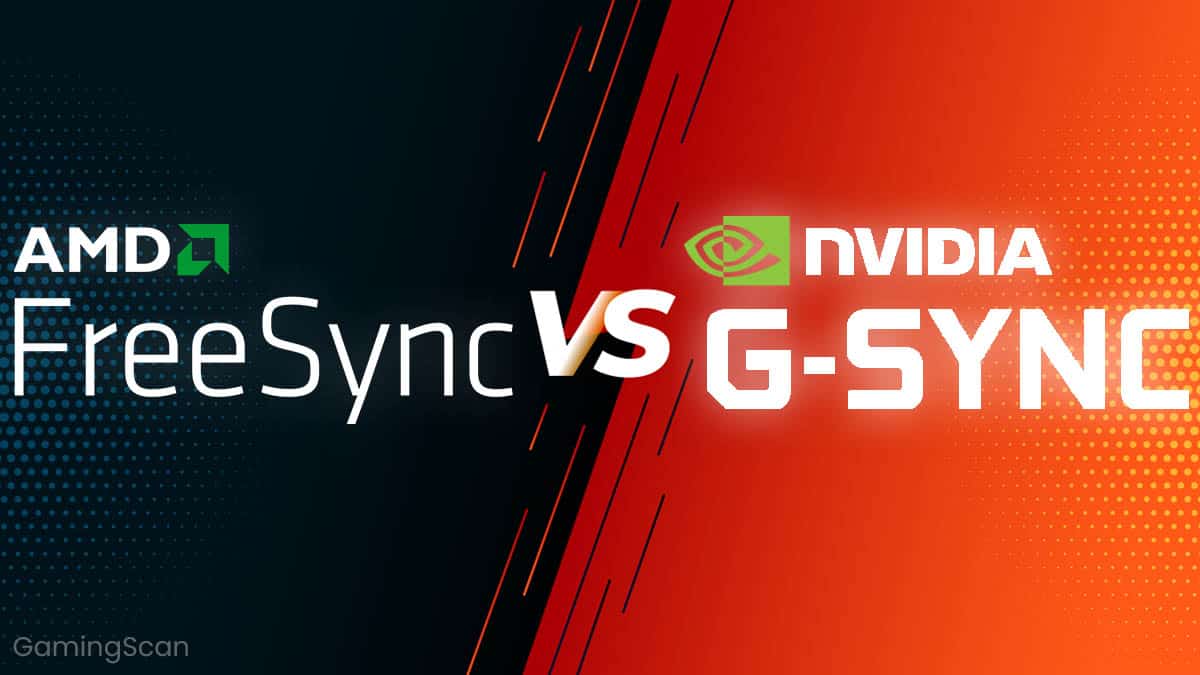 G-Sync is objectively the superior technology of the two, as it works better and offers some extra features apart from adaptive sync. FreeSync, on the other hand, is usually much more affordable, making it the prime choice for the gamers who are on a budget. Both G-Sync and FreeSync are only compatible with Nvidia and AMD GPUs respectively.

If you have ever been shopping for a monitor with a high refresh rate, say, a 144Hz or a 240Hz one, you’ve undoubtedly noticed that those monitors always come with one of the two titular technologies: FreeSync or G-Sync.

So, what are these technologies all about? How do they differ? And most importantly, which is ultimately better for your needs?

We’ll go over all of that in this guide! Let’s get started.

What Are AMD FreeSync And NVIDIA G-Sync?

FreeSync and G-Sync are technologies developed by AMD and Nvidia respectively, and they are an alternative to V-Sync that is simply a must-have in monitors with high refresh rates.

Now, what is V-Sync, you might ask? Well, here’s the brief explanation:

Now, it’s obvious as to why V-Sync is a viable solution in 60Hz monitors. If your GPU is consistently dishing out more than 60 FPS, you just cap it to 60 FPS since the monitor cannot display more either way. Then, if it cannot manage a consistent 60 FPS, you cap it to 30.

With high refresh rates and high framerates, however, it’s not that simple. Regular issues with V-Sync include stuttering and input lag, and that’s definitely something you don’t need if you’ve invested in a 144Hz or a 240Hz monitor.

Fortunately, the two leading GPU manufacturers came up with their own respective adaptive sync solutions. Both FreeSync and G-Sync are adaptive sync technologies, so they are fundamentally quite similar, though there are some practical differences between the two.

As mentioned above, V-Sync basically “throttles” your GPU in order for it to not fall out of sync with the refresh rate. Adaptive sync, as the name suggests, adapts the refresh rate to the FPS, and that’s how it ensures the two are not out of sync.

So, for example, if the GPU is maintaining roughly 70-90 FPS, V-Sync would cap that to only 60 FPS. Adaptive sync, on the other hand, would make sure that the monitor refreshes at 70-90Hz as the FPS fluctuates, thus ensuring they are in sync at all times.

FreeSync vs G-Sync: How Are They Different?

Now that we’ve cleared up the crucial difference between V-Sync and adaptive sync, how do these two technologies differ?

But of course, there’s also the limitations imposed by the monitor itself. Namely, in order to function correctly, both G-Sync and FreeSync monitors utilize scaler modules. As you may have guessed, Nvidia and AMD have a different approach in this regard.

Namely, Nvidia requires OEMs to use their proprietary scalers when manufacturing G-Sync monitors. This is the main reason why G-Sync monitors end up being so much more expensive than their FreeSync counterparts – OEMs have to buy expensive scaler modules directly from Nvidia and they have to license the technology as well.

In contrast, AMD takes a more open approach: OEMs don’t have to pay them anything and can use whatever scaler modules they wish to use. As a result, FreeSync monitors end up being a more affordable budget-friendly solution.

FreeSync vs G-Sync – Pros and Cons

With the above in mind, it becomes clear that AMD’s primary advantage is the very same one that goes for their graphics cards – they are usually cheaper and offer better value for your money than their Nvidia counterparts do.

However, you can rarely have your cake and eat it, too, and there are some issues with FreeSync that you might encounter. For one, FreeSync usually supports a specific framerate “range”. This means that FreeSync will only work in a framerate range specified by the manufacturer, which could be 40-75, 30-144, etc. This is mainly due to AMD not enforcing strict quality control as Nvidia does, so if you’re thinking about buying a FreeSync monitor, we advise that you check the specified framerate ranges here.

When it comes to G-Sync, Nvidia’s strict quality control ensures that the technology is implemented properly and that it works the way it’s supposed to, with no framerate restrictions. Additionally, G-Sync goes beyond mere adaptive sync, as it also enables motion blur reduction, eliminates ghosting, and facilitates monitor overclocking. Of course, the sheer quality and the extra features come at a price – literally, as we’ve already mentioned.

With all that said, which is better for your needs, FreeSync or G-Sync?

Well, to put it bluntly, you get what you pay for.

The primary advantage of FreeSync is that it’s available in monitors in virtually all price ranges, something that those with a limited budget are bound to appreciate. And as already mentioned, AMD graphics cards tend to offer better value for your money in the low-end and the mid-range, too. So a Radeon GPU and a FreeSync 144Hz monitor are definitely a great choice for gamers who are on a tight budget.

On the other hand, Nvidia users will have to invest a little more if they want to make full use of their GPU’s capabilities. Granted, FreeSync is still an option with an Nvidia GPU when it comes to some monitors but that doesn’t mean that every FreeSync monitor will work flawlessly with an Nvidia GPU. That said, G-Sync monitors remain the best choice for Nvidia users if you don’t mind paying a little bit extra.

The bottom line is – FreeSync is more affordable but G-Sync works better and has a bunch of extra features. If money is not a problem, then you’d definitely appreciate having a high-quality G-Sync monitor but FreeSync remains a highly viable choice for those who are on a budget, though it isn’t always implemented as flawlessly as G-Sync is. 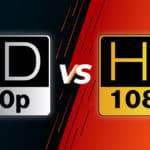