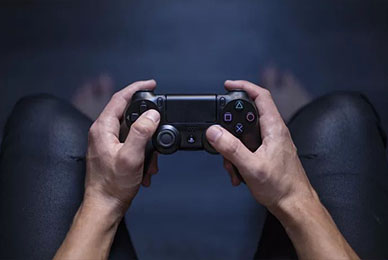 There are a lot of people who do not limit their gaming experience to a single platform. Some prefer PCs while only using a console for exclusives, and others use the PC only for indie titles while running all the demanding AAA games on a more affordable machine.

Whatever the case may be with you, one thing is certain – you will want to use your controller on the PC as well. This is hardly a problem for Xbox One owners since their controllers have plug and play compatibility with Windows.

But what about the PlayStation 4?

It is not all hopeless though! There are still several ways to connect a PlayStation 4 controller to your PC or Mac, each with its advantages and disadvantages.

So, let’s see what they are, shall we?

As said above, the DualShock 3 controller never became popular on PC because people always had to turn to third-party software. This was hardly a problem in itself, but the main issue was the lack of any reliable software of this kind. They were mostly buggy, prone to crashing, or were borderline malware.

This is a neat and useful little program that allows Windows to recognize a DualShock 4 controller by emulating an Xbox 360 controller.

That, however, does not mean it excludes the features present in the former, which are lacking in the latter. Nonetheless, it still allows the use of the touchpad and the gyroscope, both of which work flawlessly.

Overall, it is easy to install and offers an extensive range of customization options, including the possibility of setting up multiple profiles for different purposes.

There is one downside, though – the controller’s speaker and audio jack will only relay audio via a wired connection. Furthermore, Mac users will have to pass on DS4Windows since it is, as the name implies, is only available for Windows.

A few years back, Valve officially implemented DualShock 4 support into the Steam client. This was great news for Steam users, i.e., the vast majority of the PC gaming community.

All you need to do is connect the controller to your PC/Mac while Steam is running, and it will automatically recognize it. From there, you can access several customization options inside the Big Picture mode.

Functionally, it is not much different than DS4Windows. It allows a similar degree of customization and is equally stable and responsive. However, whether you will use Steam depends mostly on whether you are a Steam user.

Namely, when running a game through Steam, the client allows you to access a library of pre-made controller profiles, and it switches the controller from the desktop profile to an in-game profile automatically.

On the downside, it is quite bothersome to use with non-Steam games, as the profiles still have to be switched manually, and the Steam client needs to be running at all times for the controller to work.

Sony may not have released any official downloadable drivers, but they did release the DualShock 4 USB wireless adaptor. While this is basically just a glorified Bluetooth dongle, it unlocks all of the DualShock 4’s functions on Windows and macOS.

First and foremost, it brings plug-and-play convenience on both PC and Mac, which is excellent news for those who simply don’t want to bother with settings and alterations, which are unavoidable with any other method. On top of that, it is the only way to get wireless audio to work on either system.

Now, this adaptor is not without flaws. Right off the bat, you can see that it is quite expensive as far as Bluetooth dongles go.

Another big issue is that it doesn’t come with any software accompanying it, so customization has to be done directly in-game if a game supports it. That said, it can be a hassle to use outside PlayStation Now or PlayStation RemotePlay.

All things considered, we only recommend getting this adaptor if you’re dead-set on getting that headphone jack to work, but even then, you can actually get a solid Bluetooth headset for this price. And if you ultimately decide on buying one, better hope that it’s available in your region.

Now that we have introduced the three primary ways of connecting the DualShock 4 controller to your computer, you are probably wondering which would suit you best?

If you are using a PC running on Windows, we recommend using DS4Windows.

Simply because it is the most stable and reliable piece of software for this purpose, true, Steam can be more convenient if you are primarily a Steam user – especially if you like using Big Picture on your TV – but the truth is, there are other platforms out there.

You could be playing on GoG, Origin, UPlay, or merely playing an old retail game that is not available on Steam, and having DS4Windows would be much more convenient.

We do not recommend the official Sony Bluetooth adaptor for the very reason previously mentioned – it is expensive and without enough features or stability to justify that price tag.

With Mac, your options are more limited. While a Mac automatically registers input from a DualShock 4 controller when connected, the only way to get any options of customization is through Steam.

Unfortunately, no third party drivers exist on Mac and emulators only exist as part of console emulators such as OpenEmu. 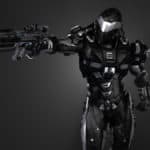